The Bonanno crime family (pronounced ) is one of the "Five Families" that dominate organized crime activities in New York City, and in the United States, as part of the criminal phenomenon known as the American Mafia. The family was known as the Maranzano crime family until its founder Salvatore Maranzano was murdered in 1931. Joseph Bonanno was awarded most of Maranzano's operations. Under the leadership of Bonanno between the 1930s and 1960s, the family was one of the most powerful in the country. However, in the early 1960s, Bonanno attempted to overthrow several leaders of the Commission, but failed. Bonanno had disappeared from 1964 to 1966, ensuing the "Banana War" that lasted until 1968, when Bonanno retired to Arizona. Between 1976 and 1981, the family was infiltrated by an FBI agent calling himself Donnie Brasco, becoming the first of the New York families to be kicked off the Commission. The family only recovered in the 1990s under Joseph Massino, and by the dawn of the new millennium was not only back on the Commission, but also was the most powerful family in New York. However, in the early 2000s, a rash of convictions culminated in Massino himself becoming a government informant, the first boss of one of the Five Families in New York City to do so. The Bonanno family were seen as the most brutal of the Five Families during the 20th century.

The origins of the Bonanno crime family can be traced back to the town of Castellammare del Golfo located in the Province of Trapani, Sicily, their boss Giuseppe "Peppe" Bonanno and his older brother and advisor, Stefano.

The family managed to avoid being ensnared by the FBI until 2000, when a pair of forensic accountants who normally worked on financial fraud cases discovered that Barry Weinberg, a businessman who had partnered with capo Richard Cantarella in several parking lots, had failed to report millions of dollars worth of income over a decade. Told he faced a long prison term unless he wore a wire and incriminated his Bonanno partners, Weinberg agreed to cooperate. One of Weinberg's other partners, Augustino Scozzari, also agreed to cooperate. Between them, Weinberg and Scozzari captured hundreds of incriminating statements from Cantrella and his crew. In October 2002, armed with this evidence, the government won a 24-count RICO indictment against 21 Bonanno soldiers and associates. The biggest names on the indictment were Cantarella—who was serving as acting underboss while Vitale was awaiting sentencing for loansharking and money laundering—and capo Frank Coppa. Already serving time for fraud, Coppa agreed to turn informer rather than face the prospect of an additional conviction that would effectively send him to prison for life. He was the first made man in the Bonanno family's history to turn informer. He was followed shortly afterward by acting underboss Cantarella, a participant in the Mirra murder, who was facing racketeering and murder charges and whom Coppa had implicated in the Perrino murder along with Vitale. A third, Joseph D'Amico, subsequently turned state's evidence with the knowledge that Cantarella could implicate him for murder as well. All of these defections left Massino, at last, vulnerable to serious charges. On January 9, 2003, Massino was arrested and indicted, alongside Vitale, Frank Lino and capo Daniel Mongelli, in a comprehensive racketeering indictment. The charges against Massino himself included ordering the 1981 murder of Napolitano. Massino was denied bail, and Vincent Basciano took over as acting boss in his absence. Massino hired David Breitbart, an attorney he had originally wanted to represent him in his 1987 trial, for his defense. Three more Bonanno made men would choose to cooperate before Massino came to trial. The first was James Tartaglione; anticipating he would shortly be indicted as well he went to the FBI and agreed to wear a wire while he remained free. The second was Salvatore Vitale. In custody Massino again put out the word, to a receptive Bonanno family, that he wanted Vitale killed. After learning of Massino's earlier plans to kill his brother-in-law from Coppa and Cantarella, prosecutors informed Vitale. Vitale was already dissatisfied by the lack of support he and his family received from Massino after his arrest. On the day he was arraigned with Massino, Vitale decided to flip as soon as it was safe to do so; he formally reached a deal with prosecutors in February. He was followed in short order by Lino, knowing Vitale could implicate him in murder as well. Also flipping was longtime Bonanno associate Duane Leisenheimer, concerned for his safety after an investigator for Massino's defense team visited to find out if he intended to flip. By the time the trial started, Massino faced 11 RICO counts for seven murders (due to the prospect of prosecutors seeking the death penalty for the Sciascia murder, that case was severed to be tried separately), arson, extortion, loansharking, illegal gambling, and money laundering. By this time, ''Time'' magazine had dubbed Massino as "the Last Don", in reference to his status as the only New York boss not serving a prison sentence at that point. The name stuck. After deliberating for five days, the jury found Massino guilty of all eleven counts on July 30, 2004. His sentencing was initially scheduled for October 12, and he was expected to receive a sentence of life imprisonment with no possibility of parole. The jury also approved the prosecutors' recommended $10 million forfeiture of the proceeds of his reign as Bonanno boss on the day of the verdict. Immediately after his July 30 conviction, as court was adjourned, Massino requested a meeting with Judge Garaufis, where he made his first offer to cooperate. He did so in hopes of sparing his life; he was facing the death penalty if found guilty of Gerlando Sciascia's murder. Indeed, one of John Ashcroft's final acts as Attorney General was to order federal prosecutors to seek the death penalty for Massino. Massino thus stood to be the first Mafia boss to be executed for his crimes, and the first mob boss to face the death penalty since Lepke Buchalter was executed in 1944. Massino subsequently claimed he decided to turn informer due to the prospect of his wife and mother having to forfeit their houses to the government. Mob authors and journalists Anthony D. DeStefano and Selwyn Raab both consider the turning of so many made men as a factor in disillusioning Massino with Cosa Nostra, the former also assuming Massino had decided to flip "long before the verdict". Massino was the first sitting boss of a New York crime family to turn state's evidence, and the second in the history of the American Mafia to do so (Philadelphia crime family boss Ralph Natale had flipped in 1999 when facing drug charges). 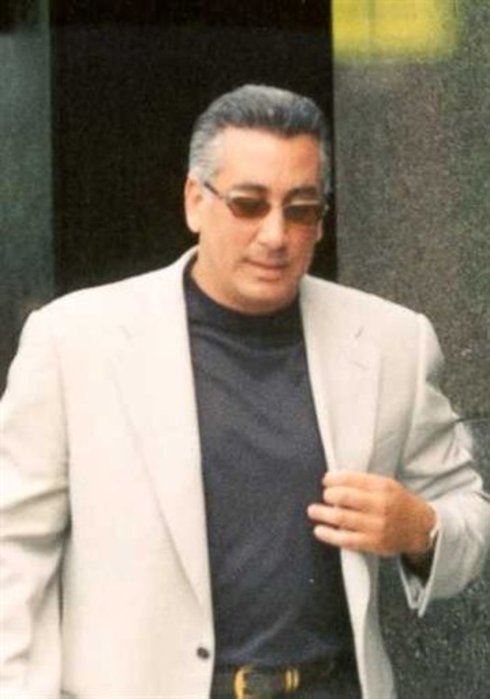 In July 2004, federal prosecutors in Brooklyn claimed to have convicted 75 mobsters or associates of the Bonanno family in the 4 preceding years. In June 2005, 12 Bonanno family member and associates, 7 over the age of 70, including acting Rabito were indicted and arrested on charges of operating a $10 million a year gambling ring." After the arrest of Massino, Vincent Basciano became acting boss. In 2006, Basciano was convicted in a racketeering trial for attempted murder and running an illegal gambling operation. However, due to a hung jury, Basciano was not convicted of the 2001 murder of Frank Santoro. After Basciano's first murder trial, prosecutors retried him on those counts on which the jury hung in the first trial. On August 1, 2007, Basciano was convicted of murdering Santoro, who tried to kidnap Basciano's son, and was subsequently sentenced to life imprisonment. He named Brooklyn business owner Salvatore "Sal the Ironworker" Montagna, as his "acting boss" during his trials. Montagna was closely associated with the Bonanno Sicilian faction, including Baldo Amato and capo Cesare Bonventre. Nicholas "Nicky Mouth" Santora served as "acting underboss" and Anthony Rabito as the alleged ''consigliere''. On February 6, 2007 acting underboss Nicholas Santora, acting consigliere Anthony Rabito, captains or former captains Jerome Asaro, Joseph Cammarano, Jr. and Louis Decicco were indicted on racketeering charges. Following the deportation of Montagna to Canada in 2009, he was succeeded by Vincent Badalamenti as Bonanno family acting boss.


Current position of the family

In 2013, Michael Mancuso was named the new official boss of the family. Mancuso is the first man to hold the official boss title since Massino became a government witness in 2004. Mancuso's underboss Thomas DiFiore took over as acting boss in his absence, but was replaced by Joseph Cammarano, Jr in 2014 following DiFiore's arrest, guilty plea and 21-month prison sentence. In December 2016, the FBI observed over a dozen ranking members of the family host a dinner together in recognition of Cammarano's new position. Bonanno associate, Charles "Charlie Pepsi" Centaro, was sentenced to 33 months in prison on September 15, 2015, after being convicted of money laundering, it was alleged that he had laundered over $500,000. Centaro, along with Bonanno/Gambino associate Franco Lupoi were involved in a large cocaine, heroin and weapons trafficking operation that stretched from New York to Italy. The Gambino crime family from New York and the 'Ndrangheta Mafia from Calabria were also involved. In November 2017, the FBI arrested several individuals in New York City, including members and associates of the Bonanno and Gambino crime families on charges of narcotics trafficking, loansharking and firearms offenses. They included Damiano Zummo, a reputed acting captain in the Bonanno crime family. In November 2015, Zummo was involved in the induction ceremony of an undercover police agent, which was secretly recorded, in Canada. Zummo played a major role in the ceremony and named others at a higher level in the organization on the recording. A Brooklyn court official later said, "The recording of a secret induction ceremony is an extraordinary achievement for law enforcement and deals a significant blow to La Cosa Nostra." The recording also led to the arrest of 13 mobsters. On January 12, 2018, 8 members of the Bonanno family were arrested and charged with racketeering, extortion and related offenses. Street boss Joseph Cammarano Jr. and consigliere John "Porky" Zancocchio were included. Genovese and Lucchese crime family members Ernest Montevecchi and Eugene "Boobie" Castelle were also arrested. The charges were assault and aid resulting in serious bodily injury, extortion, loansharking, wire and mail fraud, narcotics distribution, conspiracy to commit murder, extortion conspiracy, racketeering and racketeering conspiracy. Joseph "Joe Valet" Sabella was identified as a captain and George Tropiano as an acting capo. Made members Domenick Miniero, Albert "Al Muscles" Armetta and Joseph "Joey Blue Eyes" Santapaolo were charged with RICO and extortion conspiracy, Armetta was accused of assaulting a person on Halloween in 2015. On August 15, 2018, Judge Dora Irizarry sentenced nephew of Vincent Asaro and former Bonanno acting captain, Ronald Giallanzo, to 14 years imprisonment. Giallanzo was previously arrested in March 2017 alongside Bonanno soldiers Michael Palmaccio and Nicholas Festa. Festa and Palmaccio admitted to the extortion of 7 individuals and each paid $500,000 in forfeiture. Giallanzo was accused of operating a loanshark and illegal gambling business from 1998 to 2017. He agreed to pay $1.25 million in forfeiture and to sell his five-bedroom mansion in Howard Beach, Queens which was constructed using the criminal proceeds of his loansharking business. He was ordered to pay $268,000 in restitution to his victims and admitted to his participation of extending and collecting extortionate loans from five individuals. In October 2015, Sylvester Zottola ("Sally Daz"), age 71, an associate of the Bonanno family, was fatally shot at a McDonald's on Webster Avenue in the Bronx; authorities described the killing as a Mafia-style assassination. The killing occurred after several attacks targeting Zottola, and his son, Salvatore Zottola, over the preceding months. According to the court records, the elder Zottola had been a close associate of Vincent Basciano.