thumb|right|250px|Hemodialysis a process of purifying the blood of a person whose [[kidneys are not working normally.]] Biomedical engineering (BME) or medical engineering is the application of engineering principles and design concepts to medicine and biology for healthcare purposes (e.g., diagnostic or therapeutic). BME is also traditionally known as "bioengineering", but this term has come to also refer to biological engineering. This field seeks to close the gap between engineering and medicine, combining the design and problem-solving skills of engineering with medical biological sciences to advance health care treatment, including diagnosis, monitoring, and therapy. Also included under the scope of a biomedical engineer is the management of current medical equipment in hospitals while adhering to relevant industry standards. This involves making equipment recommendations, procurement, routine testing, and preventive maintenance, a role also known as a Biomedical Equipment Technician (BMET) or as clinical engineering. Biomedical engineering has recently emerged as its own study, as compared to many other engineering fields. Such an evolution is common as a new field transitions from being an interdisciplinary specialization among already-established fields to being considered a field in itself. Much of the work in biomedical engineering consists of research and development, spanning a broad array of subfields (see below). Prominent biomedical engineering applications include the development of biocompatible prostheses, various diagnostic and therapeutic medical devices ranging from clinical equipment to micro-implants, common imaging equipment such as MRIs and EKG/ECGs, regenerative tissue growth, pharmaceutical drugs and therapeutic biologicals.

Bioinformatics is an interdisciplinary field that develops methods and software tools for understanding biological data. As an interdisciplinary field of science, bioinformatics combines computer science, statistics, mathematics, and engineering to analyze and interpret biological data. Bioinformatics is considered both an umbrella term for the body of biological studies that use computer programming as part of their methodology, as well as a reference to specific analysis "pipelines" that are repeatedly used, particularly in the field of genomics. Common uses of bioinformatics include the identification of candidate genes and nucleotides (SNPs). Often, such identification is made with the aim of better understanding the genetic basis of disease, unique adaptations, desirable properties (esp. in agricultural species), or differences between populations. In a less formal way, bioinformatics also tries to understand the organisational principles within nucleic acid and protein sequences.

Biomedical optics refers to the interaction of biological tissue and light, and how this can be exploited for sensing, imaging, and treatment.

Tissue engineering, like genetic engineering (see below), is a major segment of biotechnology – which overlaps significantly with BME. One of the goals of tissue engineering is to create artificial organs (via biological material) for patients that need organ transplants. Biomedical engineers are currently researching methods of creating such organs. Researchers have grown solid jawbones and tracheas from human stem cells towards this end. Several artificial urinary bladders have been grown in laboratories and transplanted successfully into human patients. Bioartificial organs, which use both synthetic and biological component, are also a focus area in research, such as with hepatic assist devices that use liver cells within an artificial bioreactor construct. 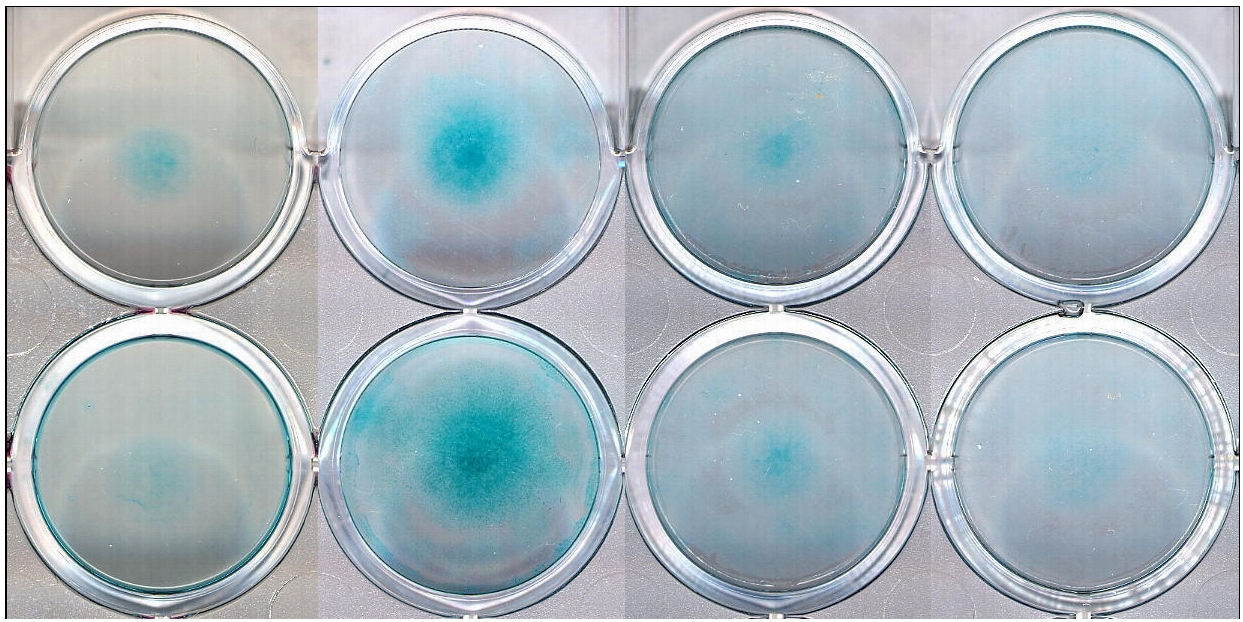 Genetic engineering, recombinant DNA technology, genetic modification/manipulation (GM) and gene splicing are terms that apply to the direct manipulation of an organism's genes. Unlike traditional breeding, an indirect method of genetic manipulation, genetic engineering utilizes modern tools such as molecular cloning and transformation to directly alter the structure and characteristics of target genes. Genetic engineering techniques have found success in numerous applications. Some examples include the improvement of crop technology (''not a medical application'', but see biological systems engineering), the manufacture of synthetic human insulin through the use of modified bacteria, the manufacture of erythropoietin in hamster ovary cells, and the production of new types of experimental mice such as the oncomouse (cancer mouse) for research.

Neural engineering (also known as neuroengineering) is a discipline that uses engineering techniques to understand, repair, replace, or enhance neural systems. Neural engineers are uniquely qualified to solve design problems at the interface of living neural tissue and non-living constructs.

Pharmaceutical engineering is an interdisciplinary science that includes drug engineering, novel drug delivery and targeting, pharmaceutical technology, unit operations of Chemical Engineering, and Pharmaceutical Analysis. It may be deemed as a part of pharmacy due to its focus on the use of technology on chemical agents in providing better medicinal treatment.

This is an ''extremely broad category''—essentially covering all health care products that do not achieve their intended results through predominantly chemical (e.g., pharmaceuticals) or biological (e.g., vaccines) means, and do not involve metabolism. A medical device is intended for use in: * the diagnosis of disease or other conditions * in the cure, mitigation, treatment, or prevention of disease. Some examples include pacemakers, infusion pumps, the heart-lung machine, dialysis machines, artificial organs, implants, artificial limbs, corrective lenses, cochlear implants, ocular prosthetics, facial prosthetics, somato prosthetics, and dental implants.

Stereolithography is a practical example of ''medical modeling'' being used to create physical objects. Beyond modeling organs and the human body, emerging engineering techniques are also currently used in the research and development of new devices for innovative therapies, treatments, patient monitoring, of complex diseases. Medical devices are regulated and classified (in the US) as follows (see also ''Regulation''): * Class I devices present minimal potential for harm to the user and are often simpler in design than Class II or Class III devices. Devices in this category include tongue depressors, bedpans, elastic bandages, examination gloves, and hand-held surgical instruments and other similar types of common equipment. * Class II devices are subject to special controls in addition to the general controls of Class I devices. Special controls may include special labeling requirements, mandatory performance standards, and postmarket surveillance. Devices in this class are typically non-invasive and include X-ray machines, PACS, powered wheelchairs, infusion pumps, and surgical drapes. * Class III devices generally require premarket approval (PMA) or premarket notification (510k), a scientific review to ensure the device's safety and effectiveness, in addition to the general controls of Class I. Examples include replacement heart valves, hip and knee joint implants, silicone gel-filled breast implants, implanted cerebellar stimulators, implantable pacemaker pulse generators and endosseous (intra-bone) implants.

Medical/biomedical imaging is a major segment of medical devices. This area deals with enabling clinicians to directly or indirectly "view" things not visible in plain sight (such as due to their size, and/or location). This can involve utilizing ultrasound, magnetism, UV, radiology, and other means. Imaging technologies are often essential to medical diagnosis, and are typically the most complex equipment found in a hospital including: fluoroscopy, magnetic resonance imaging (MRI), nuclear medicine, positron emission tomography (PET), PET-CT scans, projection radiography such as X-rays and CT scans, tomography, ultrasound, optical microscopy, and electron microscopy.

An implant is a kind of medical device made to replace and act as a missing biological structure (as compared with a transplant, which indicates transplanted biomedical tissue). The surface of implants that contact the body might be made of a biomedical material such as titanium, silicone or apatite depending on what is the most functional. In some cases, implants contain electronics, e.g. artificial pacemakers and cochlear implants. Some implants are bioactive, such as subcutaneous drug delivery devices in the form of implantable pills or drug-eluting stents. 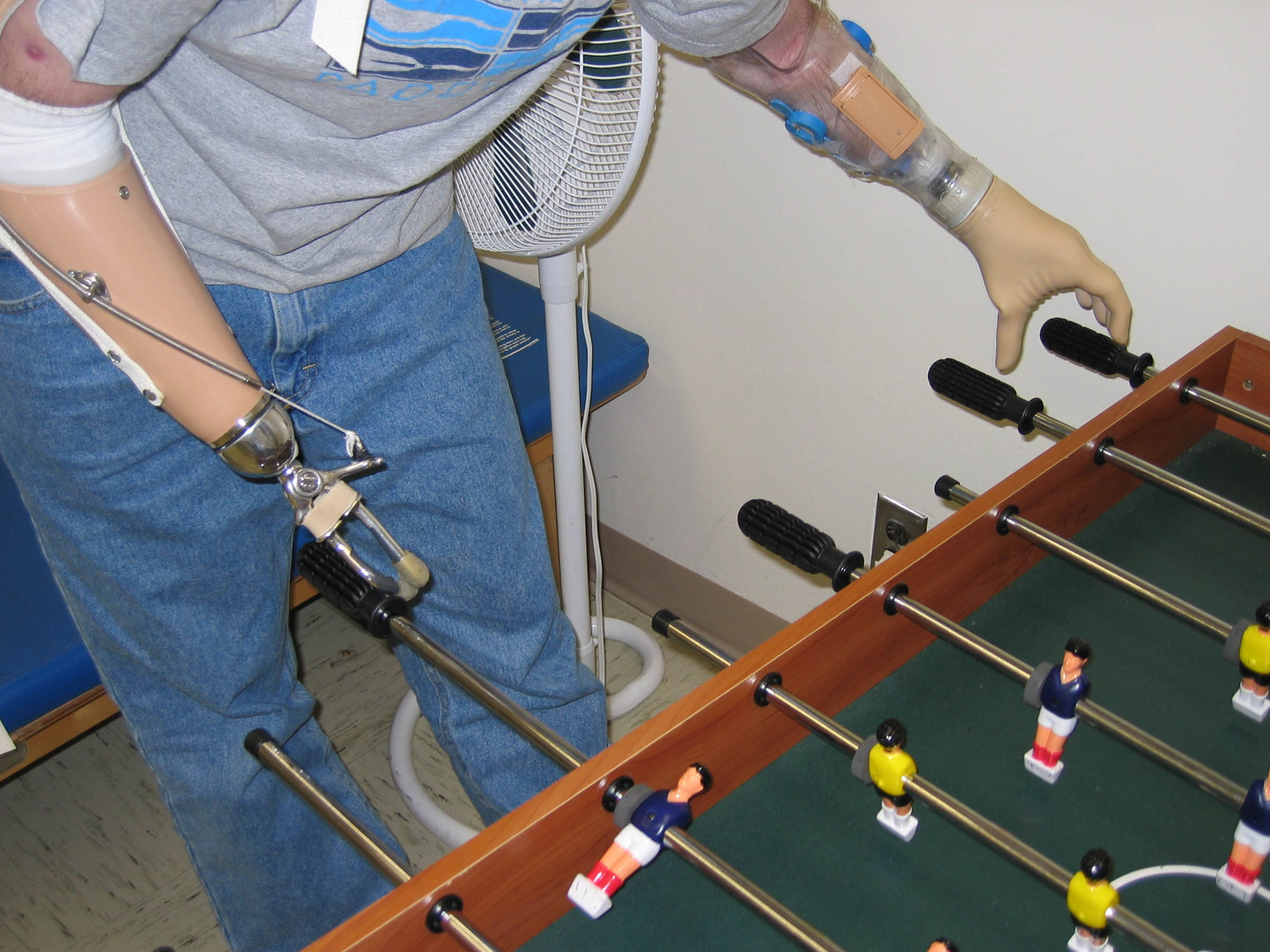 Artificial body part replacements are one of the many applications of bionics. Concerned with the intricate and thorough study of the properties and function of human body systems, bionics may be applied to solve some engineering problems. Careful study of the different functions and processes of the eyes, ears, and other organs paved the way for improved cameras, television, radio transmitters and receivers, and many other tools.

In recent years biomedical sensors based in microwave technology have gained more attention. Different sensors can be manufactured for specific uses in both diagnosing and monitoring disease conditions, for example microwave sensors can be used as a complementary technique to X-ray to monitor lower extremity trauma. The sensor monitor the dielectric properties and can thus notice change in tissue (bone, muscle, fat etc.) under the skin so when measuring at different times during the healing process the response from the sensor will change as the trauma heals.

Clinical engineering is the branch of biomedical engineering dealing with the actual implementation of medical equipment and technologies in hospitals or other clinical settings. Major roles of clinical engineers include training and supervising biomedical equipment technicians (BMETs), selecting technological products/services and logistically managing their implementation, working with governmental regulators on inspections/audits, and serving as technological consultants for other hospital staff (e.g. physicians, administrators, I.T., etc.). Clinical engineers also advise and collaborate with medical device producers regarding prospective design improvements based on clinical experiences, as well as monitor the progression of the state of the art so as to redirect procurement patterns accordingly. Their inherent focus on ''practical'' implementation of technology has tended to keep them oriented more towards ''incremental''-level redesigns and re configurations, as opposed to revolutionary research & development or ideas that would be many years from clinical adoption; however, there is a growing effort to expand this time-horizon over which clinical engineers can influence the trajectory of biomedical innovation. In their various roles, they form a "bridge" between the primary designers and the end-users, by combining the perspectives of being both close to the point-of-use, while also trained in product and process engineering. Clinical engineering departments will sometimes hire not just biomedical engineers, but also industrial/systems engineers to help address operations research/optimization, human factors, cost analysis, etc. Also see safety engineering for a discussion of the procedures used to design safe systems. Clinical engineering department is constructed with a manager, supervisor, engineer and technician. One engineer per eighty beds in the hospital is the ratio. Clinical engineers is also authorized audit pharmaceutical and associated stores to monitor FDA recalls of invasive items.