Baylor University, or simply Baylor, is a private Baptist research university in Waco, Texas. Baylor was chartered in 1845 by the last Congress of the Republic of Texas. Baylor is the oldest continuously operating university in Texas and one of the first educational institutions west of the Mississippi River in the United States. Located on the banks of the Brazos River next to I-35, between the Dallas-Fort Worth Metroplex and Austin, the university's campus is the largest Baptist university in the world. It is classified among "R2: Doctoral Universities – High research activity". The university grants undergraduate and graduate degrees, including doctoral and professional degrees. Baylor University's athletic teams, known as the Bears, participate in 19 intercollegiate sports. The university is a member of the Big 12 Conference in the NCAA Division I. 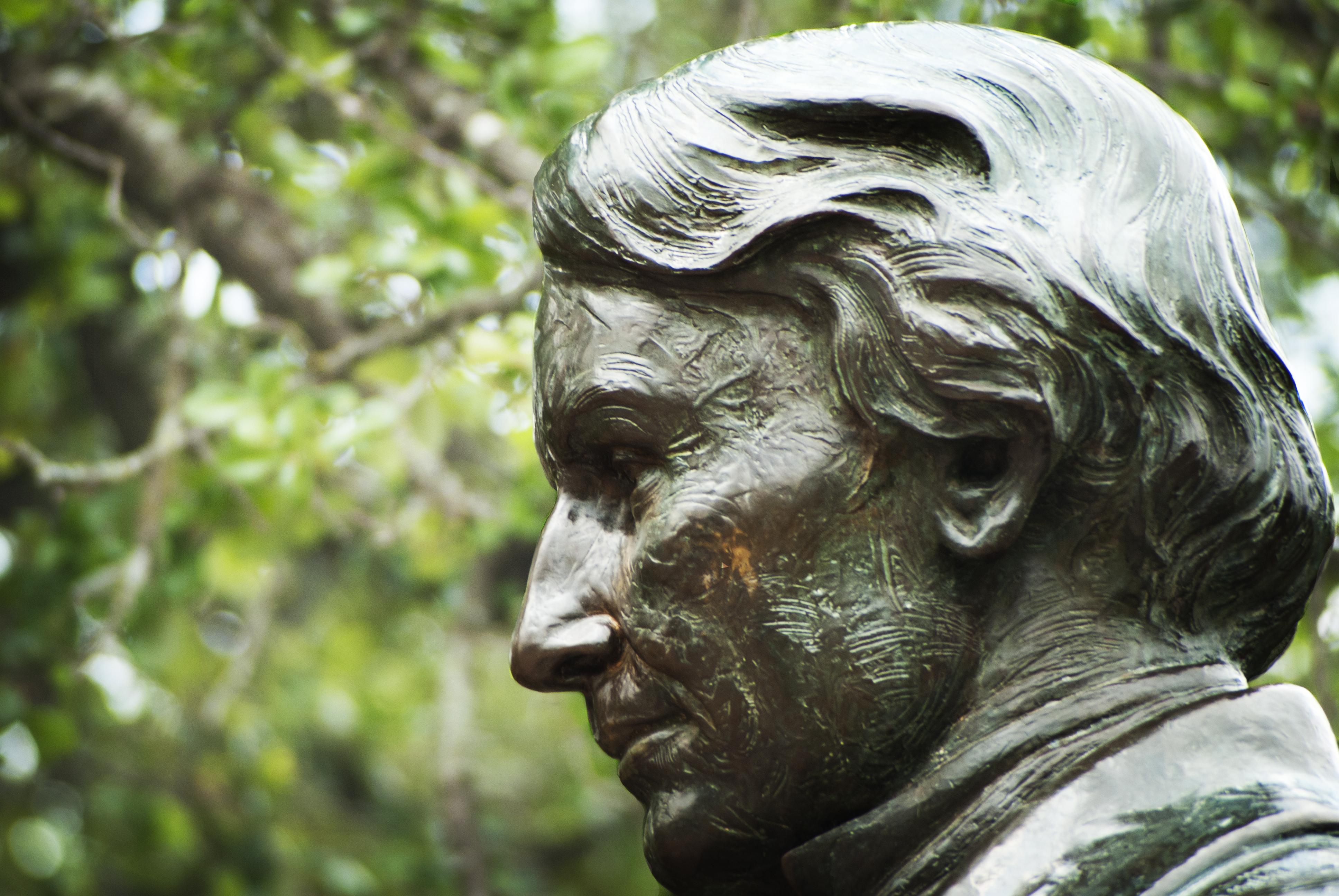 In 1841, 35 delegates to the Union Baptist Association meeting voted to adopt the suggestion of Rev. William Milton Tryon and R.E.B. Baylor to establish a Baptist university in Texas, then an independent republic. Baylor, a Texas district judge and onetime U.S. Congressman and soldier from Alabama, became the school's namesake. Some at first wished to name the new university "San Jacinto" to recognize the victory which enabled the Texans to become an independent nation, then before the final vote of the Congress, the petitioners requested the university be named in honor of Judge R. E. B. Baylor. 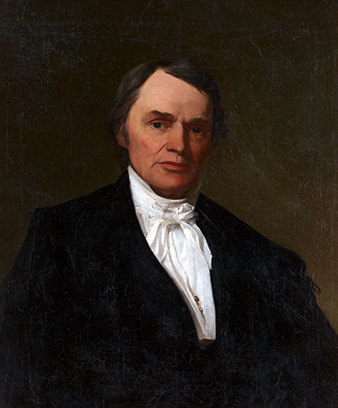 In the fall of 1844, the Texas Baptist Education Society petitioned the Congress of the Republic of Texas to charter a Baptist university. Republic President Anson Jones signed the Act of Congress on February 1, 1845, officially establishing Baylor University. The founders built the original university campus in Independence, Texas. Rev. James Huckins, the first Southern Baptist missionary to Texas, was Baylor's first full-time fundraiser. He is considered the third founding father of the university. Although these three men are credited as being the founders of the university, many others worked to see the first university established in Texas and thus they were awarded Baylor's Founders Medal. The noted Texas revolutionary war leader and hero Sam Houston gave the first $5,000 donation to start the university. In 1854, Houston was also baptized by the Rev. Rufus Columbus Burleson, future Baylor President, in the Brazos River. During the 1846 school year Baylor leaders would begin including chapel as part of the Baylor educational experience. The tradition continues today and has been a part of the life of students for over 160 years. In 1849, R.E.B. Baylor and Abner S. Lipscomb of the Texas Supreme Court began teaching classes in the "science of law," making Baylor the first in Texas and the second university west of the Mississippi to teach law. During this time Stephen Decatur Rowe would earn the first degree awarded by Baylor. He would be followed by the first female graduate, Mary Kavanaugh Gentry, in 1855. In 1851, Baylor's second president Rufus Columbus Burleson decided to separate the students by sex, making the Baylor Female College an independent and separate institution. Baylor University became an all-male institution. During this time, Baylor thrived as the only university west of the Mississippi offering instruction in law, mathematics, and medicine. At the time a Baylor education cost around $8–$15 per term for tuition. And many of the early leaders of the Republic of Texas, such as Sam Houston, would later send their children to Baylor to be educated. Some of those early students were Temple Lea Houston, son of President Sam Houston, a famous western gun-fighter and attorney; and Lawrence Sullivan "Sul" Ross famous Confederate General and later President of Texas A&M University.

For the first half of the American Civil War, the Baylor president was George Washington Baines, maternal great-grandfather of the future U.S. President, Lyndon B. Johnson. He worked vigorously to sustain the university during the Civil War, when male students left their studies to enlist in the Confederate Army. Following the war, the city of Independence slowly declined, primarily caused by the rise of neighboring cities being serviced by the Santa Fe Railroad. Because Independence lacked a railroad line, university fathers began searching for a location to build a new campus. Beginning in 1885, Baylor University moved to Waco, Texas, a growing town on the railroad line. It merged with a local college called Waco University. At the time, Rufus Burleson, Baylor's second president, was serving as the local college's president. That same year, the Baylor Female College also was moved to a new location, Belton, Texas. It later became known as the University of Mary Hardin-Baylor. A Baylor College Park still exists in Independence in memory of the college's history there. Around 1887, Baylor University began readmitting women and became coeducational again. In 1900, three physicians founded the University of Dallas Medical Department in Dallas, although a university by that name did not exist. In 1903, Baylor University acquired the medical school, which became known as the Baylor College of Medicine, while remaining in Dallas. In 1943, Dallas civic leaders offered to build larger facilities for the university in a new medical center if the College of Medicine would surrender its denominational alliances with the Baptist state convention. The Baylor administration refused the offer and, with funding from the M. D. Anderson Foundation and others, moved the College of Medicine to Houston. In 1969, the Baylor College of Medicine became technically independent from Baylor University. The two institutions still maintain strong links and Baylor still elects around 25 percent of the medical school's regents. They also share academic links and combine in research efforts. During World War II, Baylor was one of 131 colleges and universities nationally that took part in the V-12 Navy College Training Program which offered students a path to a Navy commission. The university first admitted black students in 1964. The first black graduate was Robert Gilbert, of Waco. A ban on various forms of sexual conduct was in place until 2015, however, the university has since modified its Code of Conduct. In 1991, Baylor began appointing the majority of its board, granting it partial independence from the Baptist General Convention of Texas.

In 2015 the Baylor Board of Regents hired law firm Pepper Hamilton to perform an external review of Baylor's handling of sexual assaults. The report, summarized by the board in a public "Findings of Facts" document, stated that Baylor failed to timely and effectively implement Title IX, that Baylor administrators actively discouraged reporting of sexual assaults, and that the athletic department failed to address sexual assaults. In response to the report, the Board of Regents fired Ken Starr as president of the university but retained him as Chancellor and as a law school professor; he resigned as Chancellor shortly thereafter and resigned as law professor in August 2016. The school also fired head football coach Art Briles.

In the 2021 "Best Colleges" rankings by ''U.S. News & World Report'', Baylor was ranked tied for 76th best "national university" in the U.S., tied at 31st for "Best Undergraduate Teaching", tied at 25th for "Most Innovative", and tied for 328th in "Top Performers on Social Mobility". The undergraduate engineering program is ranked tied for 118th out of 206 schools whose highest degree is a doctorate.