Argon is a chemical element with the symbol Ar and atomic number 18. It is in group 18 of the periodic table and is a noble gas. Argon is the third-most abundant gas in the Earth's atmosphere, at 0.934% (9340 ppmv). It is more than twice as abundant as water vapor (which averages about 4000 ppmv, but varies greatly), 23 times as abundant as carbon dioxide (400 ppmv), and more than 500 times as abundant as neon (18 ppmv). Argon is the most abundant noble gas in Earth's crust, comprising 0.00015% of the crust. Nearly all of the argon in the Earth's atmosphere is radiogenic argon-40, derived from the decay of potassium-40 in the Earth's crust. In the universe, argon-36 is by far the most common argon isotope, as it is the most easily produced by stellar nucleosynthesis in supernovas. The name "argon" is derived from the Greek word , neuter singular form of meaning "lazy" or "inactive", as a reference to the fact that the element undergoes almost no chemical reactions. The complete octet (eight electrons) in the outer atomic shell makes argon stable and resistant to bonding with other elements. Its triple point temperature of 83.8058 K is a defining fixed point in the International Temperature Scale of 1990. Argon is extracted industrially by the fractional distillation of liquid air. Argon is mostly used as an inert shielding gas in welding and other high-temperature industrial processes where ordinarily unreactive substances become reactive; for example, an argon atmosphere is used in graphite electric furnaces to prevent the graphite from burning. Argon is also used in incandescent, fluorescent lighting, and other gas-discharge tubes. Argon makes a distinctive blue-green gas laser. Argon is also used in fluorescent glow starters. 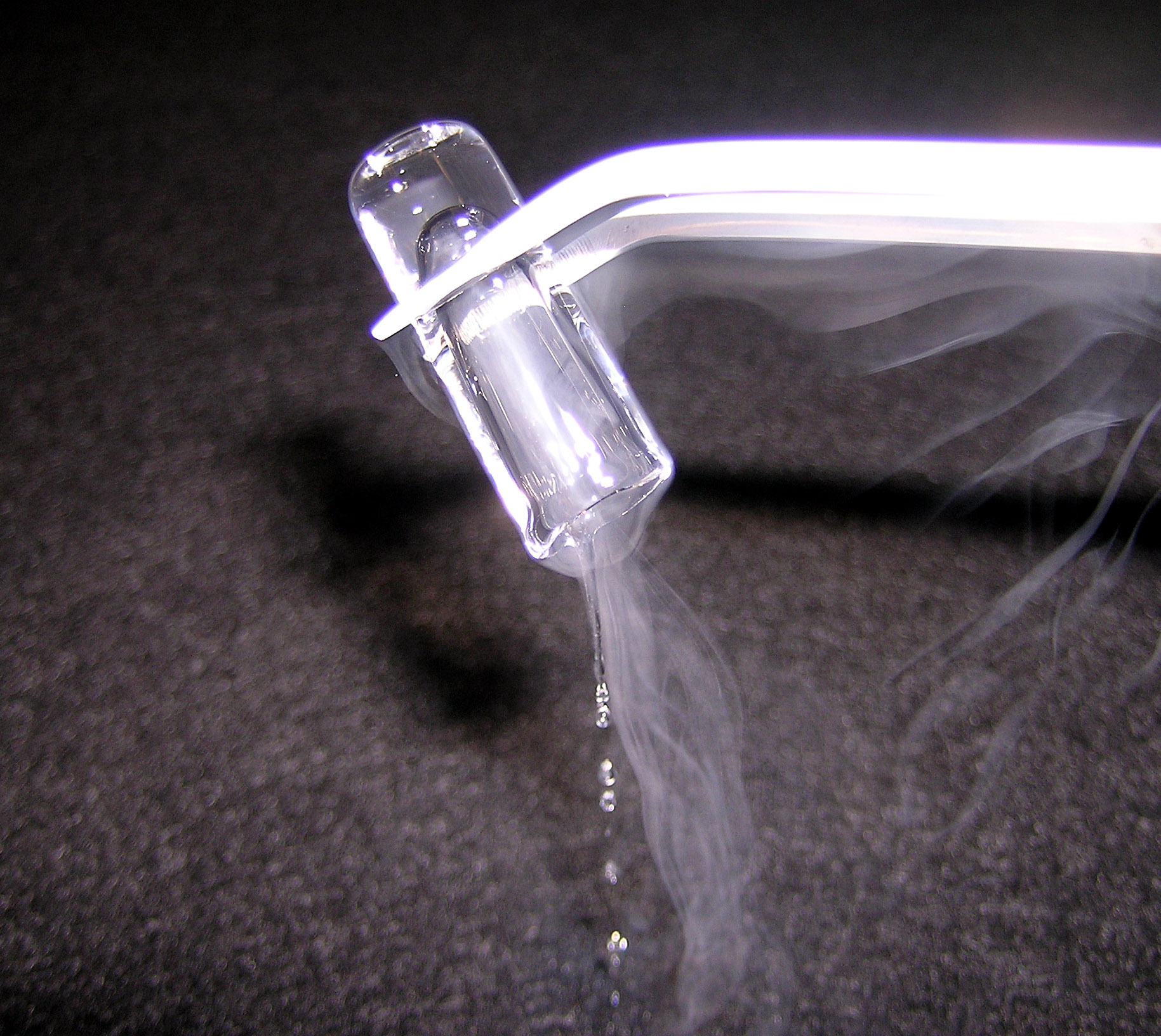 Argon has approximately the same solubility in water as oxygen and is 2.5 times more soluble in water than nitrogen. Argon is colorless, odorless, nonflammable and nontoxic as a solid, liquid or gas. Argon is chemically inert under most conditions and forms no confirmed stable compounds at room temperature. Although argon is a noble gas, it can form some compounds under various extreme conditions. Argon fluorohydride (HArF), a compound of argon with fluorine and hydrogen that is stable below , has been demonstrated. Although the neutral ground-state chemical compounds of argon are presently limited to HArF, argon can form clathrates with water when atoms of argon are trapped in a lattice of water molecules. Ions, such as , and excited-state complexes, such as ArF, have been demonstrated. Theoretical calculation predicts several more argon compounds that should be stable but have not yet been synthesized.

''Argon'' (Greek , neuter singular form of meaning "lazy" or "inactive") is named in reference to its chemical inactivity. This chemical property of this first noble gas to be discovered impressed the namers. An unreactive gas was suspected to be a component of air by Henry Cavendish in 1785. Argon was first isolated from air in 1894 by Lord Rayleigh and Sir William Ramsay at University College London by removing oxygen, carbon dioxide, water, and nitrogen from a sample of clean air. They first accomplished this by replicating an experiment of Henry Cavendish's. They trapped a mixture of atmospheric air with additional oxygen in a test-tube (A) upside-down over a large quantity of dilute alkali solution (B), which in Cavendish's original experiment was potassium hydroxide, and conveyed a current through wires insulated by U-shaped glass tubes (CC) which sealed around the platinum wire electrodes, leaving the ends of the wires (DD) exposed to the gas and insulated from the alkali solution. The arc was powered by a battery of five Grove cells and a Ruhmkorff coil of medium size. The alkali absorbed the oxides of nitrogen produced by the arc and also carbon dioxide. They operated the arc until no more reduction of volume of the gas could be seen for at least an hour or two and the spectral lines of nitrogen disappeared when the gas was examined. The remaining oxygen was reacted with alkaline pyrogallate to leave behind an apparently non-reactive gas which they called argon. Before isolating the gas, they had determined that nitrogen produced from chemical compounds was 0.5% lighter than nitrogen from the atmosphere. The difference was slight, but it was important enough to attract their attention for many months. They concluded that there was another gas in the air mixed in with the nitrogen. Argon was also encountered in 1882 through independent research of H. F. Newall and W. N. Hartley. Each observed new lines in the emission spectrum of air that did not match known elements. Until 1957, the symbol for argon was "A", but now it is "Ar".

Argon constitutes 0.934% by volume and 1.288% by mass of the Earth's atmosphere. Air is the primary industrial source of purified argon products. Argon is isolated from air by fractionation, most commonly by cryogenic fractional distillation, a process that also produces purified nitrogen, oxygen, neon, krypton and xenon. The Earth's crust and seawater contain 1.2 ppm and 0.45 ppm of argon, respectively.