Alamosa was established in May 1878 by the Denver and Rio Grande Railroad and quickly became an important rail center. The railroad had an extensive construction, repair and shipping facility in Alamosa for many years and headquartered its remaining narrow gauge service here with trackage reaching many points throughout southwest Colorado and northern New Mexico. Alamosa is now a notable tourist town with many nearby attractions, including the Great Sand Dunes National Park and Preserve, Colorado Gators Reptile Park and the Rio Grande Scenic Railroad. The town hosts "Summer Fest on the Rio" which occurs the first weekend in June, the Early Iron car show over the Labor Day weekend, and "Weekends on the Rio" on various Sundays throughout the summer The city takes its name from the Spanish adjective ''Alamosa'', meaning "of cottonwood", for the cottonwood forests which grow along the Rio Grande and throughout town.

Alamosa is located at (37.469, −105.874), at the junction of U.S. Routes 160 and 285. According to the United States Census Bureau, the city has a total area of , of which is land and , or 2.26%, is water. Alamosa is located along the Rio Grande in the San Luis Valley, in the highest general agricultural land in the United States. Elevation is about in Alamosa with peaks over within of town in the Sangre de Cristo Range. Alamosa is the gateway city to the Great Sand Dunes National Park and Preserve.

Alamosa features a cold desert climate (Köppen ''BWk'') with long, cold winters and warm summers, and dry weather year-round. The normal monthly mean temperature ranges from in January to in July. Annual precipitation is only , with the months of July through September being the wettest. The aridity depresses normal seasonal (July through June of the following year) snowfall to . The altitude and dryness of the air cause day–night temperature differences to be severe year-round, averaging throughout the year. There was a long-term annual average of 227 days per year with a minimum of or less. In the 1981–2010 period, there was an average of 46 nights with minima at or below . On July 10, 2020, Alamosa made weather history by measuring a record low temperature and a record high temperature in less than 12 hours.

The city of Alamosa is a Home Rule Municipality like many other Colorado towns. The City Council has six members, four elected from wards and two at large. The Council has authority to make, change, and repeal laws and ordinances. The city elects a mayor-at-large on a non-partisan ballot. The current mayor of Alamosa is Ty Coleman. 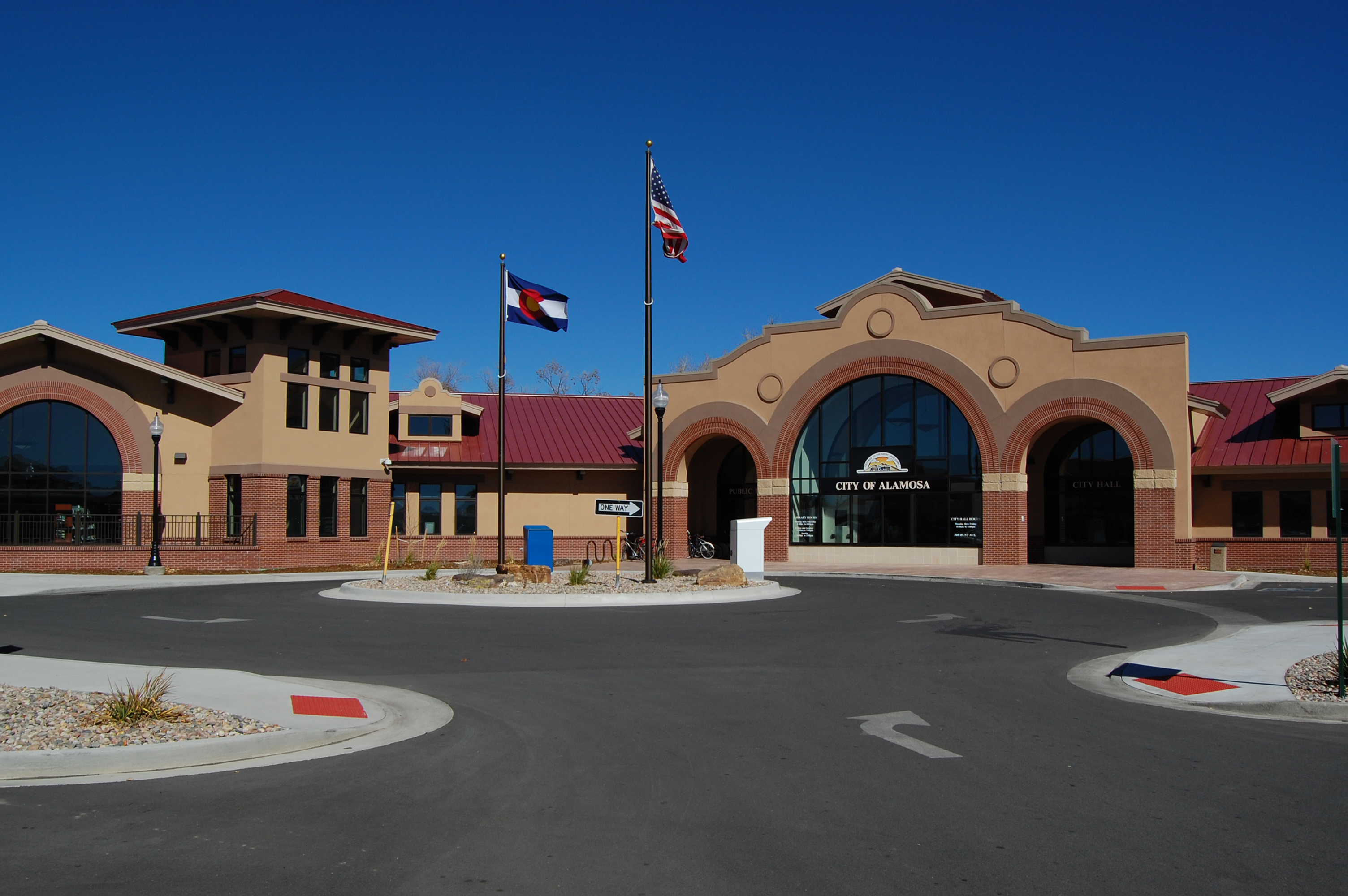 Alamosa Public Schools are part of the Alamosa School District RE-11J, and include Alamosa Elementary School, Ortega Middle School, and Alamosa High School. Robert Alejo is the Superintendent of Schools. Adams State University, founded in 1921 as a teacher's college, offers both undergraduate and graduate programs. Graduate level programs emphasize teaching and education, art, history and business. Many courses are available online. In 2015, the college reached an all-time high enrollment of 3,701 students. The University's location in Alamosa, with an elevation of about 7,800 ft above sea level, attracts many athletes (especially runners) to the school's athletic program. In 2014, ASU added a cycling program. The schools in Alamosa were the subject to the educational segregation lawsuit, "Maestas vs. George H. Shone."

Alamosa is on the Rio Grande River, which is crossed by two auto bridges, one pedestrian bridge and one rail bridge in town. Auto traffic is served by U.S. Highway 160 running east and west and U.S. Highway 285 and State Highway 17 running north and south. Alamosa is served by the San Luis and Rio Grande Railroad and Bustang. The local airport is San Luis Valley Regional Airport. Alamosa is part of Colorado's Bustang network. It is on the Alamosa-Pueblo Outrider line. 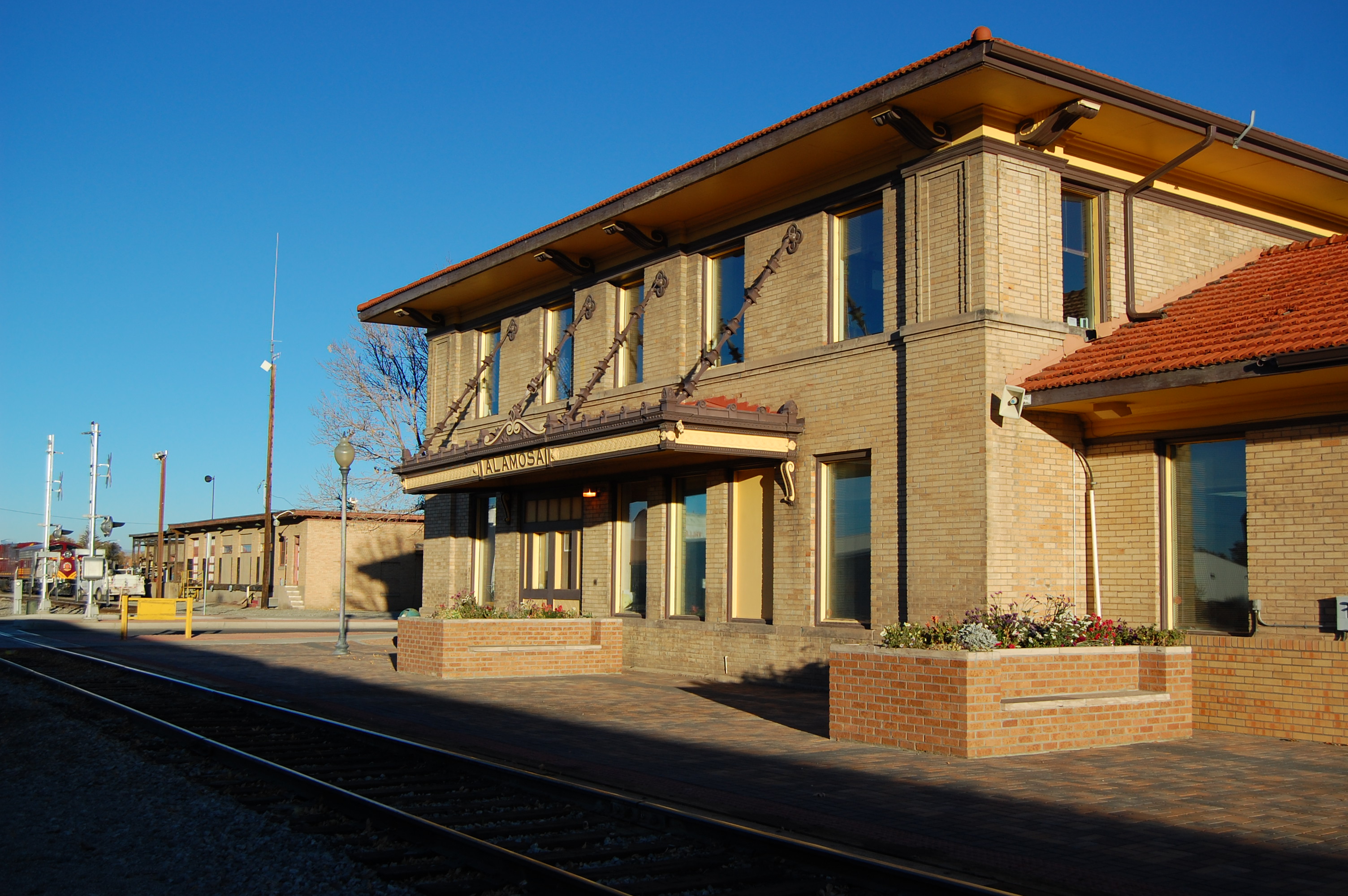 Alamosa is the shopping center for the San Luis Valley and has a Walmart Supercenter, a Walgreens and two supermarkets, Safeway and City Market. There are a number of fast food restaurants, two medical clinics, and a regional hospital, San Luis Valley Regional Medical Center. Adams State University is located in Alamosa. ASU is a four-year, state-supported university founded in 1921 and offering degrees in several fields including business and education. Trinidad State Junior College has a campus situated in Alamosa. They offer 2-year degrees in gunsmithing, aquaculture, cosmetology, welding and nursing, as well as traditional arts and sciences classes like English, physics and chemistry.