An Afghan rug (or Afghan carpet) is a type of handwoven floor-covering textile traditionally made in
Afghanistan Afghanistan (; Pashto/Dari language, Dari: , Pashto: , Dari: ), officially the Islamic Republic of Afghanistan, is a landlocked country at the crossroads of Central Asia, Central and South Asia. Afghanistan is bordered by Pakistan to the eas ...
. Many of the Afghan rugs are also woven by Afghan refugees who reside in
Pakistan Pakistan, . Pronounced variably in English language, English as , , , and . officially the Islamic Republic of Pakistan, is a country in South Asia. It is the world's List of countries by population, fifth-most populous country with a popul ...
. In 2008, 2013, and 2014, Afghan rugs won international awards, which is held every year in
Hamburg en, Hamburgian(s) , timezone1 = Central European Time, CET , utc_offset1 = +1 , timezone1_DST = Central European Summer Time, CEST , utc_offset1_DST = +2 , postal_co ...

,
Germany ) , image_map = , map_caption = , map_width = 250px , capital = Berlin , coordinates = , largest_city = capital , languages_type = Official language , languages = German language, German , demonym = Germans, German , government_ ...
. The Afghan rugs are mostly assembled in northern and western Afghanistan, by various ethnic groups but mainly by Turkmen. One of the most exotic and distinctive of all oriental rugs is the '' Shindand'' or '' Adraskan'' (named after local Afghan towns), woven in the Herat Province, in western Afghanistan. Strangely elongated human and animal figures are their signature look. The carpet can be sold across Afghanistan with the most based in Mazar-e Sharif. Another staple of Afghanistan is Baluchi rugs, most notably Baluchi prayer rugs. They are made by Afghanistan's Baloch people in the south-western part of the country. Various vegetable and other natural dyes are used to produce the rich colors. The rugs are mostly of medium sizes. Many patterns and colors are used, but the traditional and most typical is that of the octagonal elephant's foot (Bukhara) print, often with a red background. The weavers also produce other trappings of the nomadic lifestyle, including tent bags and ceremonial pieces. According to the United States Department of Labor, U.S. Department of Labor 2014 report on child labor and forced labor, Afghanistan is one of the 74 countries listed to have registered significant child labor incidence in the manufacture of carpets. It has been reported that the majority of Afghan rugs during the war period were sent to Pakistan to be exported, where they were given the label "Made in Pakistan" when they were made in Afghanistan. 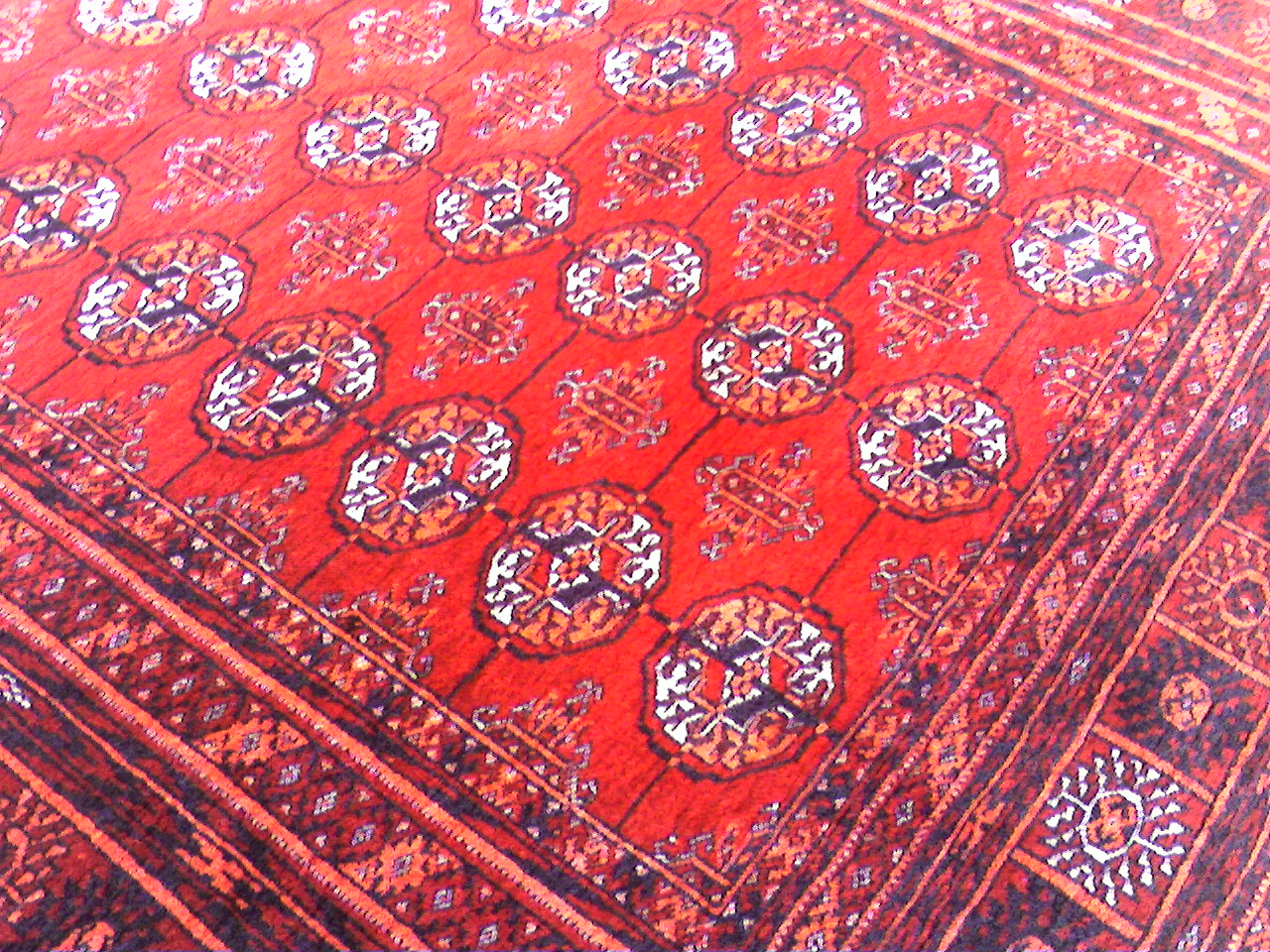