A resistance movement is an organized effort by some portion of the civil population of a country to withstand the legally established government or an occupying power and to disrupt civil order and stability. It may seek to achieve its objectives through either the use of nonviolent resistance (sometimes called civil resistance), or the use of force, whether armed or unarmed. In many cases, as for example in the United States during the American Revolution, or in Norway in the Second World War, a resistance movement may employ both violent and non-violent methods, usually operating under different organizations and acting in different phases or geographical areas within a country. On the lawfulness of armed resistance movements in international law, there has been a dispute between states since at least 1899, when the first major codification of the laws of war in the form of a series of international treaties took place. In the Preamble to the 1899 Hague Convention II on Land War, the Martens Clause was introduced as a compromise wording for the dispute between the Great Powers who considered francs-tireurs to be unlawful combatants subject to execution on capture and smaller states who maintained that they should be considered lawful combatants. More recently the 1977 Protocol Additional to the Geneva Conventions of 12 August 1949, and relating to the Protection of Victims of International Armed Conflicts, referred in Article 1. Paragraph 4 to armed conflicts "... in which peoples are fighting against colonial domination and alien occupation and against racist regimes..." This phraseology contains many ambiguities that cloud the issue of who is or is not a legitimate combatant. Hence depending on the perspective of a state's government, a resistance movement may or may not be labelled a terrorist group based on whether the members of a resistance movement are considered lawful or unlawful combatants and whether they are recognized as having a right to resist occupation. Ultimately, the distinction is a political judgment.

The Oxford English Dictionary records use of the word "resistance" in the sense of organised opposition to an invader from 1862. The modern usage of the term "Resistance" became widespread from the self-designation of many movements during World War II, especially the French Resistance. The term is still strongly linked to the context of the events of 1939–45, and particularly to opposition movements in Axis-occupied countries. Using the term "resistance" to designate a movement meeting the definition prior to World War II might be considered by some to be an anachronism. However, such movements existed prior to World War II (albeit often called by different names), and there have been many after it for example in struggles against colonialism and foreign military occupations. "Resistance" has become a generic term that has been used to designate underground resistance movements in any country.

When geographies of resistance are discussed, it is often taken for granted that resistance takes place where domination, power, or oppression occurs and so resistance is often understood as something that always opposes to power or domination. However, some scholars believe and argue that looking at resistance in relation to only power and domination does not provide a full understanding of the actual nature of resistance. Not all power, domination, or oppression leads to resistance, and not all cases of resistance are against or to oppose what is categorizd as "power". In fact, they believe that resistance has its own characteristics and spatialities. In Steve Pile's (1997) "Opposition, Political Identities and Spaces of Resistance," geographies of resistance show: We can better understand resistance by accounting different perspectives and by breaking the presumptions that resistance is always against power. In fact, resistance should be understood not only in relations to domination and authority, but also through other experiences, such as "desire and anger, capacity and ability, happiness and fear, dreaming and forgetting", meaning that resistance is not always about the dominated versus the dominator, the exploited versus the exploiter, or the oppressed versus the oppressor. There are various forms of resistance for various reasons, which then can be, again, classified as violent and nonviolent resistance (and "other" which is unclear). Different geographical spaces can also make different forms of resistance possible or impossible and more effective or less effective. Furthermore, in order to understand any resistance its capacity to achieve its objective effectively, its success or failure we need to take closely into account many variables, such as political identities, cultural identities, class, race, gender and so on. The reason is that these variations can define the nature and outcome of resistance. Harvey (1993), who looked at resistance in relations to capitalist economic exploitation, took on a fire accident happened in the Imperial Foods chicken processing plant in Hamlet, North Carolina in 1991, in which 20 of 200 workers were killed and 56 were injured due to poor working conditions and protections. He compared this accident with a similar fire accident at Triangle Shirtwaist Company, New York, 1911, killing 146 workers, which caused a labor resistance by 100,000 people. He argued that no resistance took place in respond to the fire accident in Hamlet because most of the people who died there were black and women workers, and he believed that not only class but also other identities such as race, gender, and sexuality were important factors in understanding nature and outcome of resistance. For an effective resistance, he proposed that four tasks should be undertaken: There are many forms of resistance in relations to different power dominations and actors. Some resistance takes place in order to oppose, change, or reform the exploitation of the capitalist economic systems and the capitals, while other resistance takes place against the state or authority in power. Moreover, some other resistance takes place in order to resist or question the social/culture norms or discourse or in order to challenge a global trend called "globalization". For example, LGBT social movements is an example of resistance that challenges and tries to reform the existing cultural norms in many societies. Resistance can also be mapped in various scales ranging from local to national to regional and to global spaces. We can look at a big-scale resistance movement such as Anti-globalization movement that tries to resist the global trend of capitalist economic system. Or we can look at the Internal resistance to South African apartheid, which took place at national level. Most, if not all, social movements can be considered as some forms of resistance. Not all resistance takes place in physical spaces or geographies but in "other spaces" as well. Some resistance happens in the form of Protest Art or in the form of music. Music can be used and has been used as a tool or space to resist certain oppression or domination. Gray-Rosendale, L. (2001) put it this way: In the age of advanced IT and mass consumption of social media, resistance can also occur in the cyberspace. The Aboriginal Health and Medical Research Council of NSW's Tobacco Resistance and Control (A-TRAC) team created a Facebook page to help promote anti-smoking campaign and rise awareness for its members. Sometimes, resistance takes place in people's minds and ideology or in people's "inner spaces". For example, sometimes people have to struggle within or fight against their inner spaces, with their consciousness and, sometimes, with their fear before they can resist in the physical spaces. In other cases, people sometimes simply resist to certain ideology, belief, or culture norms within their minds. These kinds of resistance are less visible but very fundamental parts of all forms of resistance. 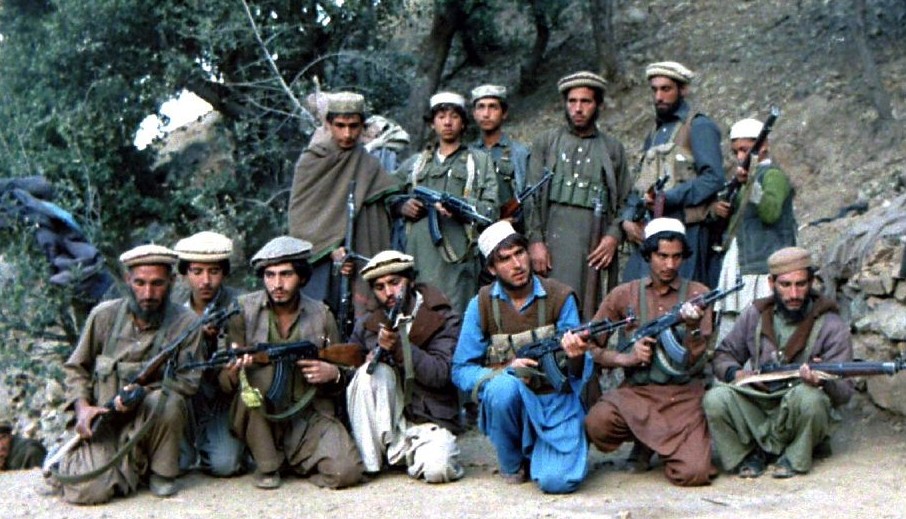 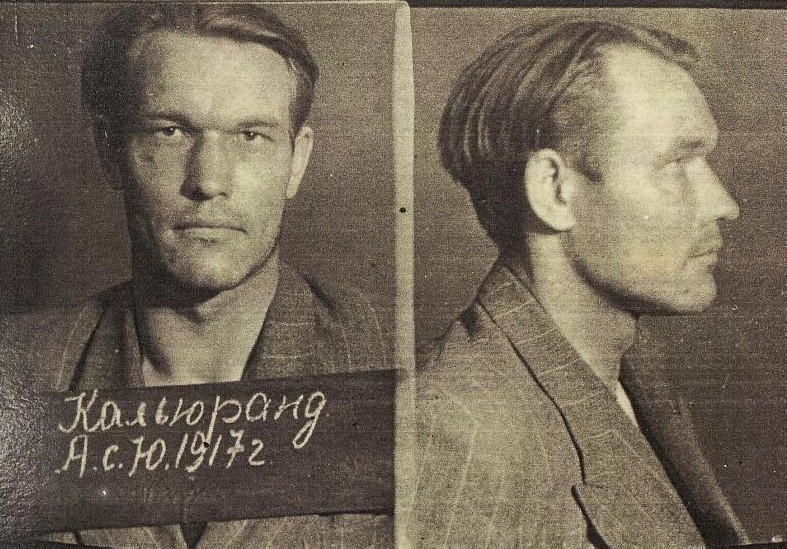 Freedom fighter is another term for those engaged in a struggle to achieve political freedom for themselves or obtain freedom for others. Though the literal meaning of the words could include "anyone who fights for the cause of freedom", in common use it may be restricted to those who are actively involved in an armed rebellion, rather than those who campaign for freedom by peaceful means, or those who fight violently for the freedom of others outside the context of an uprising (though this title may be applied in its literal sense) Generally speaking, freedom fighters are people who use physical force to cause a change in the political and or social order. Notable examples include Umkhonto we Sizwe in South Africa, the Sons of Liberty in the American Revolution, the Eritrean People's Liberation Front, and the National Resistance Army in Uganda, which were considered freedom fighters by supporters. However, a person who is campaigning for freedom through peaceful means may still be classed as a freedom fighter, though in common usage they are called political activists, as in the case of the Black Consciousness Movement. In India, "Freedom fighter" is an officially recognized category by the Indian government covering those who took part in the country's independence movement; people in this category (can also include dependant family members) get pensions and other benefits like special railway counters. People described as freedom fighters are often also called assassins, rebels, insurgents or terrorists. This leads to the aphorism "one man's terrorist is another man's freedom fighter". The degree to which this occurs depends on a variety of factors specific to the struggle in which a given freedom fighter group is engaged. During the Cold War, the term ''freedom fighter'' was first used with reference to the Hungarian rebels in 1956. Ronald Reagan picked up the term to explain America's support of rebels in countries controlled by communist states or otherwise perceived to be under the influence of the Soviet Union, including the Contras in Nicaragua, UNITA in Angola and the multi-factional mujahideen in Afghanistan.