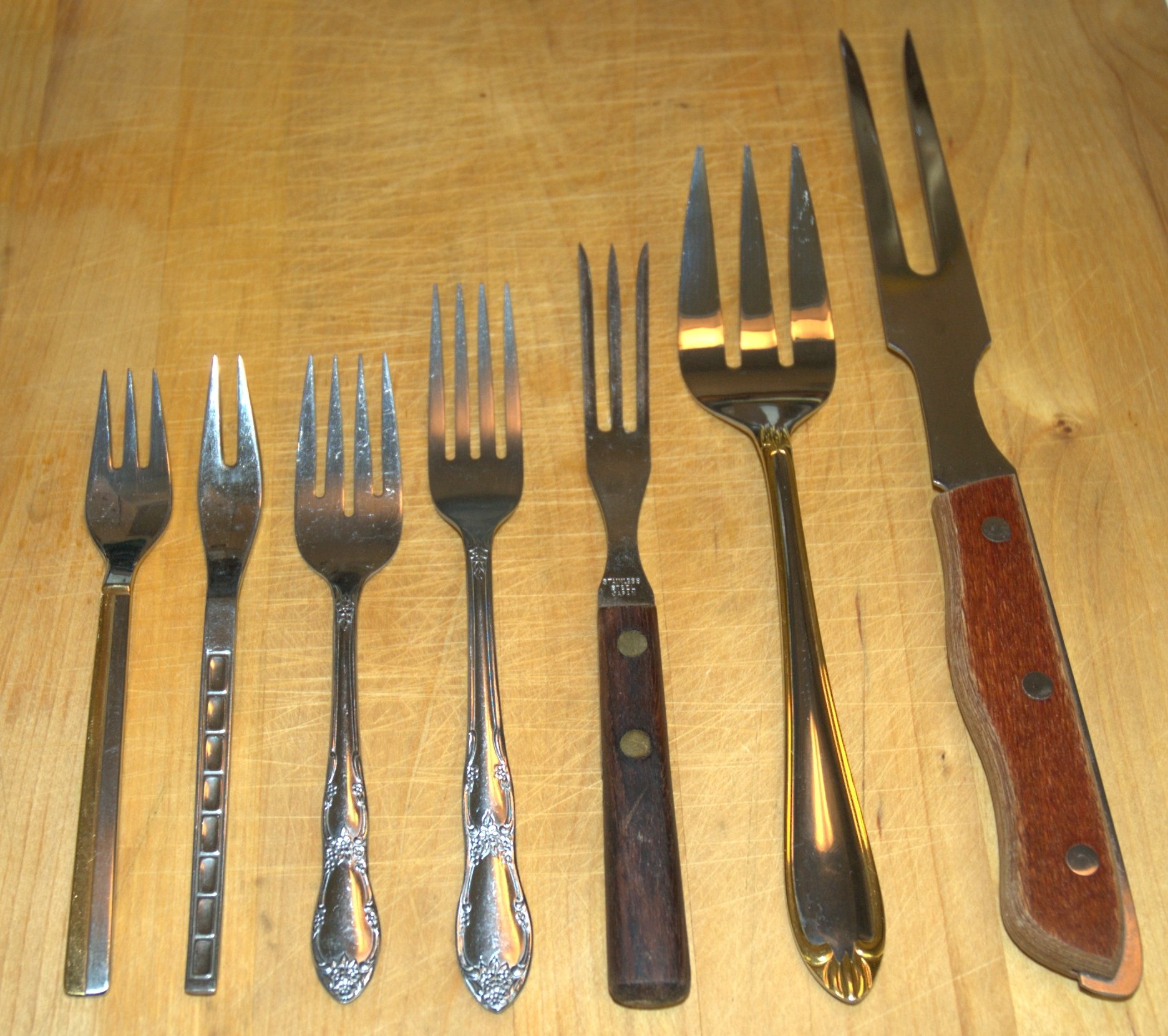 In cutlery or kitchenware, a fork (from the Latin ''furca'' ("pitchfork")) is a utensil, now usually made of metal, whose long handle terminates in a head that branches into several narrow and often slightly curved tines with which one can spear foods either to hold them to cut with a knife or to lift them to the mouth.

Bone forks have been found in archaeological sites of the Bronze Age Qijia culture (2400–1900 BC), the Shang dynasty (c. 1600–c. 1050 BC), as well as later Chinese dynasties. A stone carving from an Eastern Han tomb (in Ta-kua-liang, Suide County, Shaanxi) depicts three hanging two-pronged forks in a dining scene.