A delta modulation (DM or Δ-modulation) is an analog-to-digital and digital-to-analog signal conversion technique used for transmission of voice information where quality is not of primary importance. DM is the simplest form of
differential pulse-code modulation Differential pulse-code modulation (DPCM) is a signal encoder that uses the baseline of pulse-code modulation (PCM) but adds some functionalities based on the prediction of the samples of the signal. The input can be an analog signal or a Digital s ...
(DPCM) where the difference between successive samples is encoded into n-bit data streams. In delta modulation, the transmitted data are reduced to a 1-bit data stream. Its main features are: * The analog signal is approximated with a series of segments. * Each segment of the approximated signal is compared to the preceding bits and the successive bits are determined by this comparison. * Only the change of
information Information is processed, organised and structured data Data (; ) are individual facts A fact is something that is truth, true. The usual test for a statement of fact is verifiability—that is whether it can be demonstrated to c ... 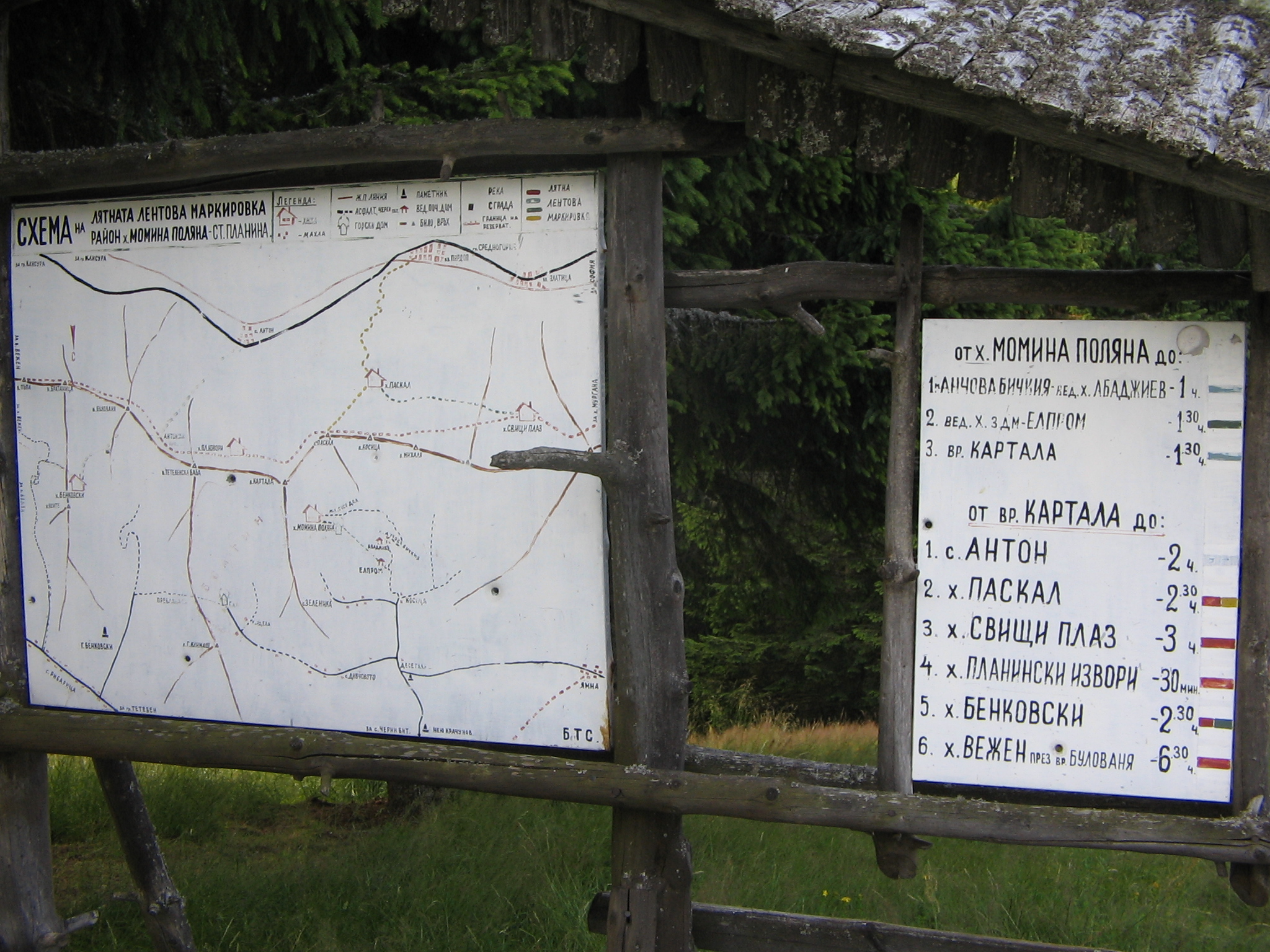 Rather than quantizing the value of the input analog waveform, delta modulation quantizes the difference between the current and the previous step, as shown in the block diagram in Fig. 1. The modulator is made by a quantizer which converts the difference between the input signal and the integral of the previous steps. In its simplest form, the quantizer can be realized with a comparator referenced to 0 (two levels quantizer), whose output is ''1'' or ''0'' if the input signal is positive or negative. The demodulator is simply an integrator (like the one in the feedback loop) whose output rises or falls with each 1 or 0 received. The integrator itself constitutes a
low-pass filter A low-pass filter is a filter Filter, filtering or filters may refer to: Science and technology Device * Filter (chemistry), a device which separates solids from fluids (liquids or gases) by adding a medium through which only the fluid can pass ...

If the communication channel is of limited bandwidth, there is the possibility of interference in either DM or
PCM Pulse-code modulation (PCM) is a method used to Digital signal (signal processing), digitally represent sampled analog signals. It is the standard form of digital audio in computers, compact discs, digital telephony and other digital audio ap ...
. Hence, 'DM' and 'PCM' operate at same bit-rate which is equal to N times the sampling frequency.

Adaptive delta modulation (ADM) was first published by Dr. John E. Abate (AT&T Bell Laboratories Fellow) in his doctoral thesis at NJ Institute Of Technology in 1968. ADM was later selected as the standard for all NASA communications between mission control and space-craft. In the mid-1980s, Massachusetts audio company DBX marketed a commercially unsuccessful digital recording system based on adaptive delta modulation. See DBX 700. Adaptive delta modulation or
Continuously variable slope delta modulationContinuously variable slope delta modulation (CVSD or CVSDM) is a voice coding method. It is a delta modulation A delta modulation (DM or Δ-modulation) is an analog-to-digital and digital-to-analog signal conversion technique used for transmissio ...
(CVSD) is a modification of DM in which the step size is not fixed. Rather, when several consecutive bits have the same direction value, the encoder and decoder assume that slope overload is occurring, and the step size becomes progressively larger. Otherwise, the step size becomes gradually smaller over time. ADM reduces slope error, at the expense of increasing quantizing error. This error can be reduced by using a low-pass filter. ADM provides robust performance in the presence of bit errors meaning error detection and correction are not typically used in an ADM radio design, it is this very useful technique that allows for adaptive-delta-modulation.

Contemporary applications of Delta Modulation includes, but is not limited to, recreating legacy synthesizer waveforms. With the increasing availability of FPGAs and game-related ASICs, sample rates are easily controlled so as to avoid slope overload and granularity issues. For example, the
C64DTV The C64 Direct-to-TV, called C64DTV for short, is a single-integrated circuit, chip implementation of the Commodore 64 computer, contained in a joystick (modeled after the mid-1980s Kempston_Micro_Electronics#Competition_Pro, Competition Pro joystic ...
used a 32 MHz sample rate, providing ample dynamic range to recreate the SID output to acceptable levels.

Delta Modulation was used by
Satellite Business Systems Satellite Business Systems, abbreviated as ''SBS'', was a company founded by IBM, Aetna, COMSAT (and later wholly purchased by IBM and then subsequently sold to MCI Inc., MCI), that provided private professional satellite communications through it ...
or SBS for its voice ports to provide long distance phone service to large domestic corporations with a significant inter-corporation communications need (such as IBM). This system was in service throughout the 1980s. The voice ports used digitally implemented 24 kbit/s delta modulation with Voice Activity Compression (VAC) and
echo suppressor Echo suppression and echo cancellation are methods used in telephony to improve voice quality by preventing Echo (phenomenon), echo from being created or removing it after it is already present. In addition to improving subjective audio quality, ...
s to control the half second echo path through the satellite. They performed formal listening tests to verify the 24 kbit/s delta modulator achieved full voice quality with no discernible degradation as compared to a high quality phone line or the standard 64 kbit/s μ-law
companded After compressing, before expanding In telecommunication Telecommunication is the transmission of information Information can be thought of as the resolution of uncertainty; it answers the question of "What an entity is" and thus defi ...
PCM. This provided an eight to three improvement in satellite channel capacity. IBM developed the Satellite Communications Controller and the voice port functions. The original proposal in 1974, used a state-of-the-art 24 kbit/s delta modulator with a single integrator and a Shindler Compander modified for gain error recovery. This proved to have less than full phone line speech quality. In 1977, one engineer with two assistants in the IBM
Research Triangle Park Research Triangle Park (RTP) is the largest research park The following is a list of science park, technology parks and biomedical parks of the world, organized by continent. Asia ASEAN Economic Community Report listing all the Economic Z ...
, NC laboratory was assigned to improve the quality. The final implementation replaced the integrator with a Predictor implemented with a two pole complex pair low-pass filter designed to approximate the long term average speech spectrum. The theory was that ideally the integrator should be a predictor designed to match the signal spectrum. A nearly perfect Shindler Compander replaced the modified version. It was found the modified compander resulted in a less than perfect step size at most signal levels and the fast gain error recovery increased the noise as determined by actual listening tests as compared to simple signal to noise measurements. The final compander achieved a very mild gain error recovery due to the natural truncation rounding error caused by twelve bit arithmetic. The complete function of delta modulation, VAC and Echo Control for six ports was implemented in a single digital integrated circuit chip with twelve bit arithmetic. A single
digital-to-analog converter In , a digital-to-analog converter (DAC, D/A, D2A, or D-to-A) is a system that converts a into an . An (ADC) performs the reverse function. There are several DAC ; the suitability of a DAC for a particular application is determined by ...
(DAC) was shared by all six ports providing voltage compare functions for the modulators and feeding sample and hold circuits for the demodulator outputs. A single card held the chip, DAC and all the analog circuits for the phone line interface including transformers.