A constitutional monarchy is a form of monarchy in which the monarch exercises authority in accordance with a written or unwritten constitution. Constitutional monarchies differ from absolute monarchies (in which a monarch holds absolute power) in that they are bound to exercise powers and authorities within limits prescribed by an established legal framework. Constitutional monarchies range from countries such as Liechtenstein, Monaco, Morocco, Jordan, Kuwait and Bahrain, where the constitution grants substantial discretionary powers to the sovereign, to countries such as the United Kingdom, the Netherlands, Spain, Belgium, Sweden, Malaysia and Japan, where the monarch retains significantly less personal discretion in the exercise of their authority. 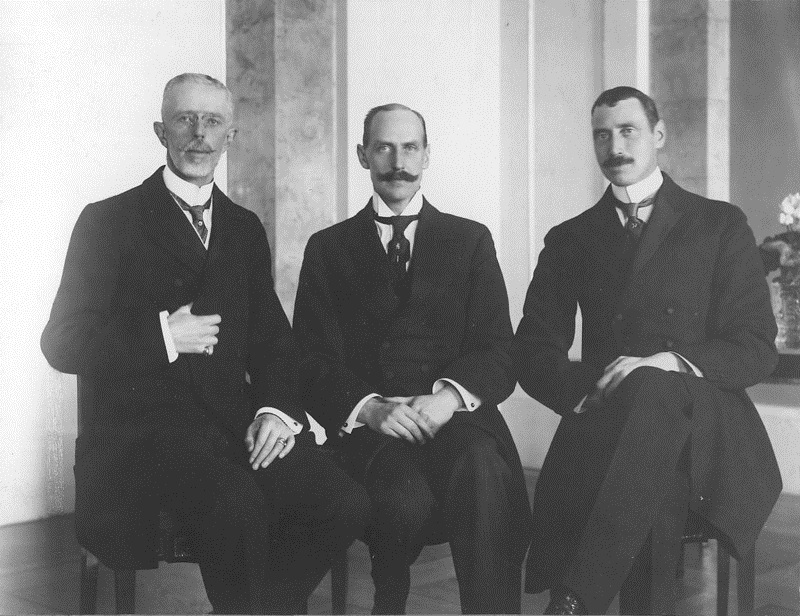 The oldest constitutional monarchy dating back to ancient times was that of the Hittites. They were an ancient Anatolian people that lived during the Bronze Age whose king or queen had to share their authority with an assembly, called the ''Panku'', which was the equivalent to a modern-day deliberative assembly or a legislature. Members of the ''Panku'' came from scattered noble families who worked as representatives of their subjects in an adjutant or subaltern federal-type landscape.

England, Scotland and the United Kingdom

In the Kingdom of England, the Glorious Revolution of 1688 led to a constitutional monarchy restricted by laws such as the Bill of Rights 1689 and the Act of Settlement 1701, although limits on the power of the monarch ("a limited monarchy") are much older than that (see Magna Carta). At the same time, in Scotland, the Convention of Estates enacted the Claim of Right Act 1689, which placed similar limits on the Scottish monarchy. Although Queen Anne was the last monarch to veto an Act of Parliament when, on 11 March 1708, she blocked the Scottish Militia Bill, Hanoverian monarchs continued to selectively dictate government policies. For instance King George III constantly blocked Catholic Emancipation, eventually precipitating the resignation of William Pitt the Younger as prime minister in 1801. The sovereign's influence on the choice of prime minister gradually declined over this period, King William IV being the last monarch to dismiss a prime minister, when in 1834 he removed Lord Melbourne as a result of Melbourne's choice of Lord John Russell as Leader of the House of Commons. Queen Victoria was the last monarch to exercise real personal power, but this diminished over the course of her reign. In 1839, she became the last sovereign to keep a prime minister in power against the will of Parliament when the Bedchamber crisis resulted in the retention of Lord Melbourne's administration. By the end of her reign, however, she could do nothing to block the unacceptable (to her) premierships of William Gladstone, although she still exercised power in appointments to the Cabinet, for example in 1886 preventing Gladstone's choice of Hugh Childers as War Secretary in favour of Sir Henry Campbell-Bannerman. Today, the role of the British monarch is by convention effectively ceremonial. Instead, the British Parliament and the Government – chiefly in the office of Prime Minister of the United Kingdom – exercise their powers under "Royal (or Crown) Prerogative": on behalf of the monarch and through powers still formally possessed by the Monarch. No person may accept significant public office without swearing an oath of allegiance to the Queen. With few exceptions, the monarch is bound by constitutional convention to act on the advice of the Government.

There exist at least two different types of constitutional monarchies in the modern world — executive and ceremonial. In executive monarchies, the monarch wields significant (though not absolute) power. The monarchy under this system of government is a powerful political (and social) institution. By contrast, in ceremonial monarchies, the monarch holds little or no actual power or direct political influence, though they frequently have a great deal of social and cultural influence. Executive constitutional monarchies: Bhutan, Bahrain, Jordan, Kuwait, Liechtenstein, Monaco, Morocco, and Tonga. Ceremonial constitutional monarchies (Crowned Democracy): Andorra, Antigua and Barbuda, Australia, The Bahamas, Barbados, Belgium, Belize, Cambodia, Canada, Denmark, Grenada, Jamaica, Japan, Lesotho, Luxembourg, Malaysia, the Netherlands, New Zealand, Norway, Papua New Guinea, Saint Kitts and Nevis, Saint Lucia, Saint Vincent and the Grenadines, Solomon Islands, Spain, Sweden, Thailand, Tuvalu and the United Kingdom. Ceremonial and executive monarchy, should not be confused with democratic and non-democratic monarchical systems. For example, in Liechtenstein and Monaco, the ruling monarchs wield significant executive power. However, they are ''not'' absolute monarchs, and these countries are generally reckoned as democracies.

* Andorra is a diarchy, being headed by two co-princes: the bishop of Urgell and the president of France. * Andorra, Monaco and Liechtenstein are the only countries with reigning princes. * Belgium is the only remaining explicit popular monarchy, the formal title of its king being ''king of the Belgians'' rather than ''king of Belgium'' . Historically, several defunct constitutional monarchies followed this model; the Belgian formulation is recognized to have been modelled on the title "King of the French" the Charter of 1830 granted the monarch of the July Monarchy. * Japan is the only country remaining with an emperor. * Luxembourg is the only country remaining with a grand duke. * Malaysia is a federal country with an elective monarchy, the Yang di-Pertuan Agong, being selected from among nine state rulers who are also constitutional monarchs themselves. * Spain. The Constitution of Spain does not even recognize the monarch as ''sovereign'', but just as the head of state, per Article 56. Article 1, Section 2, states that "the national sovereignty is vested in the Spanish people". * United Arab Emirates is a federal country with an elective monarchy, the President or Ra'is, being selected from among seven emirates rulers who are absolute monarchs. * Yogyakarta Sultanate and Pakualaman Principality are two Monarchies that remain in the Republic of Indonesia. When Indonesia proclaimed independence from the Netherlands, both Kingdoms gave up their state status and joined the Republic of Indonesia, then the two kingdoms merged into the Special Region of Yogyakarta. The Special Region is governed by Sultan Hamengkubuwono as the Governor and Prince Paku Alam as the Vice Governor.