200px|Outside the convention hall at Anime Expo 2004. An anime convention is an event or gathering with a primary focus on anime, manga and Japanese culture. Commonly, anime conventions are multi-day events hosted at convention centers, hotels or college campuses. They feature a wide variety of activities and panels, with a larger number of attendees participating in cosplay than most other types of fan conventions. Anime conventions are also used as a vehicle for industry, in which studios, distributors, and publishers represent their anime related releases. 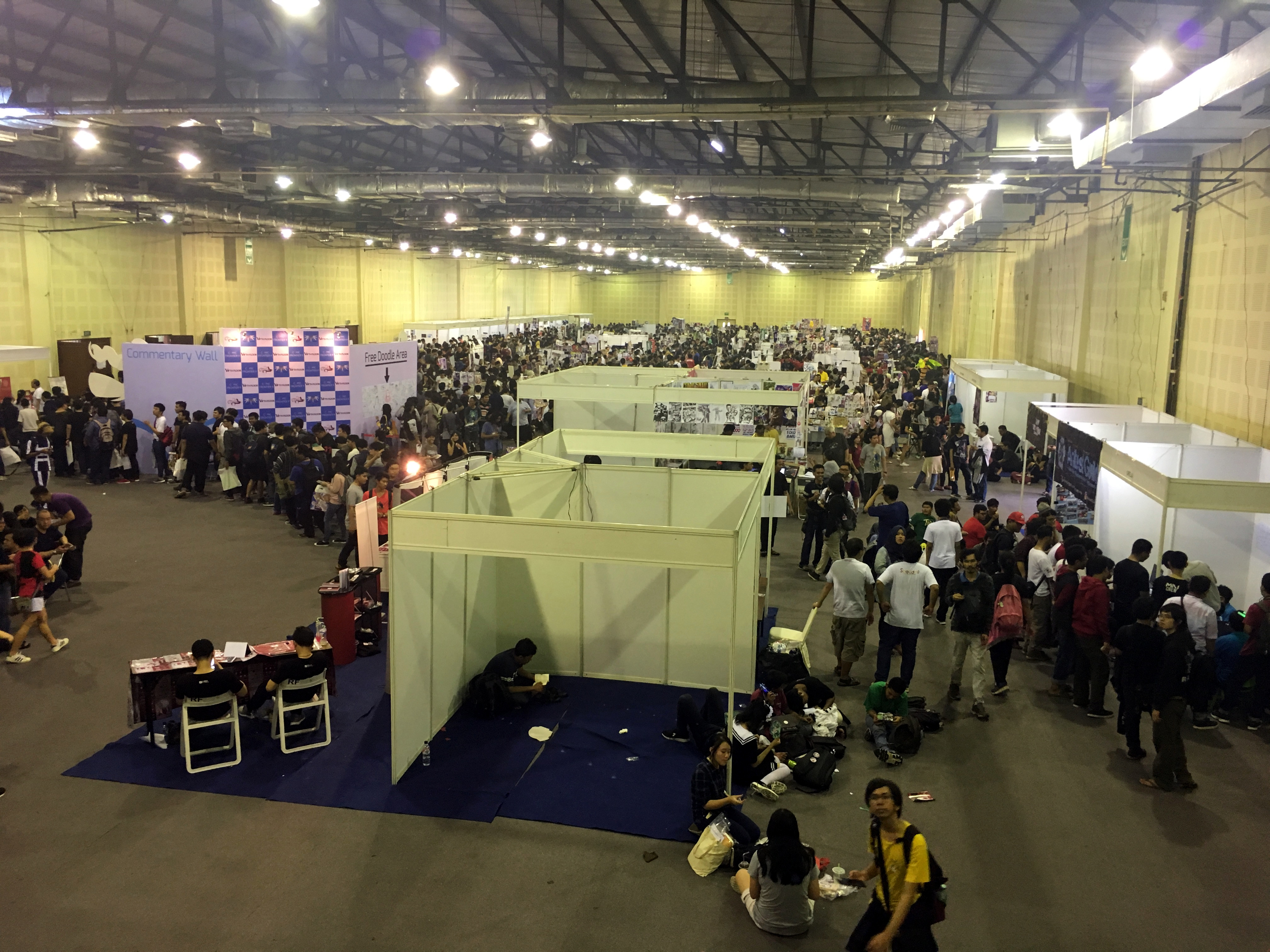 Anime conventions typically feature a guest list as part of their makeup. A guest can be an industry figure, some notable examples include director Hiroyuki Kanbe, author Tsukasa Fushimi, and Kazuma Miki from Ascii Media Works. In 2013 they screened for the first time the final three episodes from the second season of ''Oreimo''. Guests can also include artists and performers, some notable examples of these include Kazuki Takahashi, creator of ''Yu-Gi-Oh!''. An anime convention represents an opportunity to interact with such individuals that may not be possible outside the event.

Anime conventions often have panels, which are open ended discussions involving some pre-determined topic, usually related in at least some way to anime. Panels usually come in two segments, the host puts on a presentation or does an interview with a guest, and then the fans are asked to give questions. The topic scope for panels is varied and can include things from manga to upcoming announcements by an industry. There are also workshops that are like panels but are more geared towards instructions through a major or specific task such as how to draw manga, make computer animation, or how to become a voice actor. Another event at most anime conventions include screenings of actual anime shows that can last through the day. Anime conventions can also include contests. Contests can focus around costumes (or cosplay), art works (drawn, sculpted, painted), anime-related music videos, video games, dice games, card games, and many other activities. In some cases, tangible prizes have been offered as winnings in these contests. An ''Exhibit Hall'' or ''Dealers' Room'' is also popular at anime conventions. Publishing companies, distributors, and other proprietors often arrive to exhibit and/or sell their newest products to fans. Wares can include graphic novels, manga, anime media, action figures, apparel or pre-made costumes, music CDs, software, decorations, toys, art books, specialty foods, and many more. There are also art shows at anime conventions. The shows are similar to those at a traditional museum or gallery. Artwork of all kind is put on display for inspection, and in some cases for purchase/auction bidding, by the viewer. Entry is usually only restricted by space available & registration with the convention. The artist can choose to be present to display, discuss, or take commission in a variation of the art show known as the Artists' Alley. Artists may also include crafts, drawn art, self-published books or video, fanzines, and more.