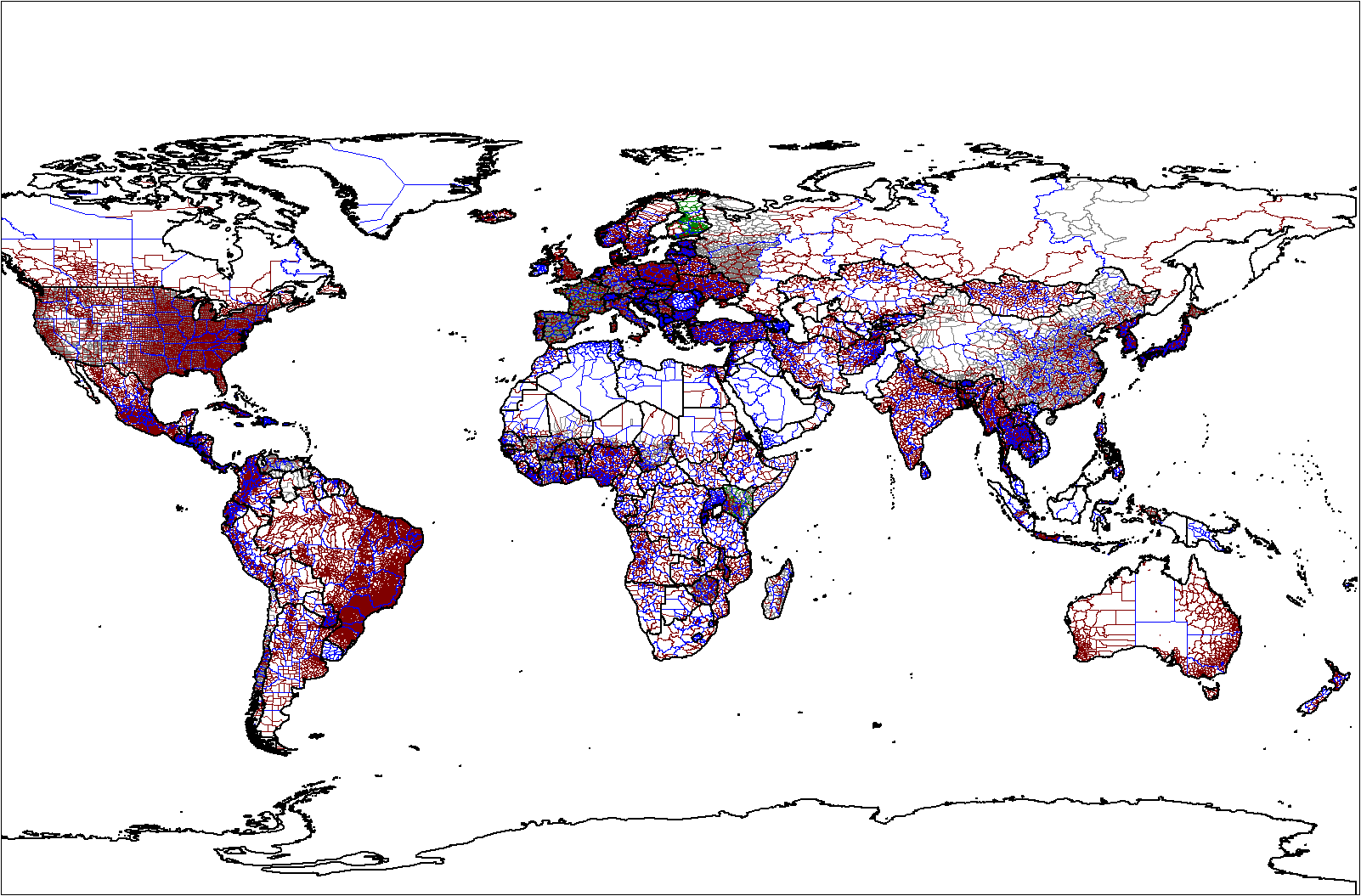 In many of the following terms originating from British cultural influence, areas of relatively low mean population density might bear a title of an entity one would expect to be either larger or smaller. There is no fixed rule, for "all politics is local" as is perhaps well demonstrated by their relative lack of systemic order. In the realm of self-government, any of these can and does occur along a stretch of road—which for the most part is passing through rural unsettled countryside. Since the terms are administrative political divisions of the local regional government their exact relationship and definitions are subject to home rule considerations, tradition, as well as sovereign state, state statute law and local governmental (administrative) definition and control. In British cultural legacy, some territorial entities began with fairly expansive counties which encompass an appreciably large area, but were divided over time into a number of smaller entities. Within those entities are the large and small cities or towns, which may or may not be the county seat. Some of the world's larger cities culturally, if not officially, span several counties, and those crossing state or provincial boundaries have much in common culturally as well, but are rarely incorporated within the same municipal government. Many sister cities share a water boundary, which quite often serves as a border of both cities and counties. For example, Cambridge, Massachusetts, Cambridge and Boston, Massachusetts appear to the casual traveler as one large city, while locally they each are quite culturally different and occupy different counties.

Due to variations in their use worldwide, consistency in the translation of terms from non-English to English is sometimes difficult to maintain.