Worms () is a city in Rhineland-Palatinate, Germany, situated on the Upper Rhine about south-southwest of Frankfurt-am-Main. It had approximately 82,000 inhabitants . A pre-Roman foundation, Worms is one of the oldest cities in northern Europe. It was the capital of the Kingdom of the Burgundians in the early 5th century and hence the scene of the medieval legends referring to this period, notably the first part of the ''Nibelungenlied''. Worms has been a Roman Catholic bishopric since at least 614, and was an important palatinate of Charlemagne. Worms Cathedral is one of the Imperial Cathedrals and among the finest examples of Romanesque architecture in Germany. Worms prospered in the High Middle Ages as an Imperial Free City. Among more than a hundred Imperial Diets held at Worms, the Diet of 1521 (commonly known as ''the'' Diet of Worms) ended with the Edict of Worms in which Martin Luther was declared a heretic. Today, the city is an industrial centre and is famed as the origin of ''Liebfraumilch'' wine. Other industries include chemicals, metal goods and fodder.

Worms has 13 boroughs (or "Quarters") around the city centre. They are as follows:

The climate in the Rhine Valley is temperate in winter and enjoyable in summer. Rainfall is below average for the surrounding areas. Winter snow accumulation is low and often melts quickly.

Worms was in ancient times a Celtic city named ''Borbetomagus'', perhaps meaning "water meadow". Later it was conquered by the Germanic Vangiones. In 14 BC, Romans under the command of Drusus captured and fortified the city, and from that time onwards a small troop of infantry and cavalry were garrisoned there. The Romans renamed the city as ''Augusta Vangionum'', after the then-emperor and the local tribe. The name does not seem to have taken hold, however, and from ''Borbetomagus'' developed the German ''Worms'' and Latin ''Wormatia''; as late as the modern period, the city name was written as ''Wormbs''. The garrison grew into a small town with a regular Roman street plan, a forum, and temples for the main gods Jupiter, Juno, Minerva (whose temple was the site of the later cathedral), and Mars.

Roman inscriptions, altars, and votive offerings can be seen in the archaeological museum, along with one of Europe's largest collections of Roman glass. Local potters worked in the town's south quarter. Fragments of amphoras contain traces of olive oil from Hispania Baetica, doubtless transported by sea and then up the Rhine by ship. During the disorders of 411–13 AD, the Roman usurper Jovinus established himself in Borbetomagus as a puppet-emperor with the help of King Gunther of the Burgundians, who had settled in the area between the Rhine and Moselle some years before. The city became the capital of the Burgundian kingdom under Gunther (also known as Gundicar). Few remains of this early Burgundian kingdom survive, because in 436 it was all but destroyed by a combined army of Romans (led by Aëtius) and Huns (led by Attila); a belt clasp found at Worms-Abenheim is a museum treasure. Provoked by Burgundian raids against Roman settlements, the combined Romano-Hunnic army destroyed the Burgundian army at the Battle of Worms (436), killing King Gunther. It is said that 20,000 were killed. The Romans led the survivors southwards to the Roman district of Sapaudia (modern day Savoy). The story of this war later inspired the ''Nibelungenlied''. The city appears on the Peutinger Map, dated to the 4th century. 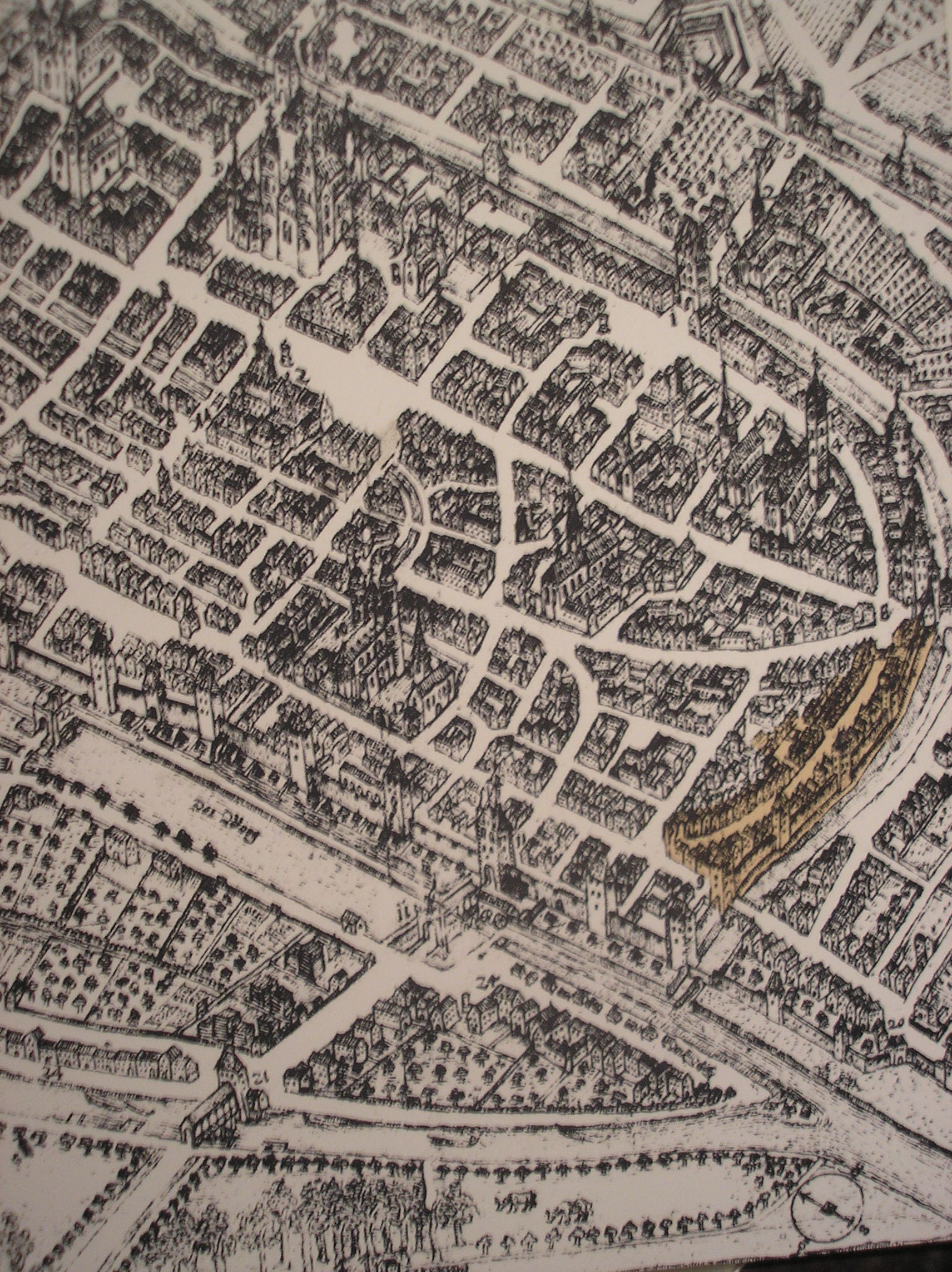 The bishopric of Worms existed by at least 614. In the Frankish Empire, the city was the location of an important palace of Charlemagne. The bishops administered the city and its territory. The most famous of the early medieval bishops was Burchard of Worms. In 868, an important synod was held in Worms. Worms prospered in the High Middle Ages. Having received far-reaching privileges from King Henry IV as early as 1074, the city became an imperial free city. The bishops resided at Ladenburg and only had jurisdiction over Worms Cathedral itself. In 1122 the Concordat of Worms was signed; in 1495, an Imperial Diet met here and made an attempt at reforming the disintegrating Imperial Circle Estates by the Imperial Reform. Most important, among more than a hundred Imperial Diets held at Worms, that of 1521 (commonly known as ''the'' Diet of Worms) ended with the Edict of Worms, in which Martin Luther was declared a heretic after refusing to recant his religious beliefs. Worms was also the birthplace of the first Bibles of the Reformation, both Martin Luther's German Bible and William Tyndale's first complete English New Testament by 1526. The city, known in medieval Hebrew by the name ''Varmayza'' or ''Vermaysa'' (ורמיזא, ורמישא), was a centre of medieval Ashkenazic Judaism. The Jewish community was established there in the late 10th century, and Worms's first synagogue was erected in 1034. In 1096, eight hundred Jews were murdered by crusaders and the local mob. The Jewish Cemetery in Worms, dating from the 11th century, is believed to be the oldest surviving ''in situ'' cemetery in Europe. The Rashi Synagogue, which dates from 1175 and was carefully reconstructed after its desecration on ''Kristallnacht'', is the oldest in Germany. Prominent students, rabbis, and scholars of Worms include Shlomo Yitzhaki (Rashi) who studied with R. Yizhak Halevi, Elazar Rokeach, Maharil, and Yair Bacharach. At the rabbinical synod held at Worms at the turn of the 11th century, Rabbi Gershom ben Judah (Rabbeinu Gershom) explicitly prohibited polygamy for the first time. For hundreds of years, until ''Kristallnacht'' in 1938, the Jewish Quarter of Worms was a centre of Jewish life. Worms today has only a very small Jewish population, and a recognizable Jewish community as such no longer exists. However, after renovations in the 1970s and 1980s, many of the buildings of the Quarter can be seen in a close-to-original state, preserved as an outdoor museum.

In 1689 during the Nine Years' War, Worms (like the nearby towns and cities of Heidelberg, Mannheim, Oppenheim, Speyer and Bingen) was sacked by troops of King Louis XIV of France, though the French only held the city for a few weeks. In 1743 the Treaty of Worms was signed, forming a political alliance between Great Britain, Austria and the Kingdom of Sardinia. In 1792 the city was occupied by troops of the French First Republic during the French Revolutionary Wars. The Bishopric of Worms was secularized in 1801, with the city being annexed into the First French Empire. In 1815 Worms passed to the Grand Duchy of Hesse in accordance with the Congress of Vienna and the city was subsequently administered within Rhenish Hesse. After the Battle of the Bulge, in early 1945 Allied armies advanced into the Rhineland in preparation for a massive assault into the heart of the Reich. Worms was a German strongpoint on the west bank of the Rhine and the forces there resisted the Allied advance tenaciously. Worms was thus heavily bombed by the Royal Air Force and the U.S. Army Air Forces in two attacks on Feb. 21 and March 18, 1945, respectively. A post-war survey estimated that 39 per cent of the town's developed area was destroyed. The RAF attack on Feb. 21 was aimed at the main railway station on the edge of the inner city, and at chemical plants southwest of the inner city, but also destroyed large areas of the city centre. Carried out by 334 bombers, the attack in a few minutes rained 1,100 tons of bombs on the inner city, and Worms Cathedral was among the buildings set on fire. The Americans did not enter the city until the Rhine crossings began after the seizure of the Remagen Bridge. In the attacks, 239 inhabitants were killed in the first and 141 in the second. 35,000 (60 percent of the population of 58,000) were made homeless. A total of 6,490 buildings were severely damaged or destroyed. After the war, the inner city was rebuilt, mostly in modern style. Postwar, Worms became part of the new state of Rhineland-Palatinate; the borough Rosengarten, on the east bank of the Rhine, was lost to Hesse. Worms today fiercely vies with the cities Trier and Cologne for the title of "Oldest City in Germany." A multimedia ''Nibelungenmuseum'' was opened in 2001, and a yearly festival right in front of the ''Dom'', the Cathedral of Worms, attempts to recapture the atmosphere of the pre-Christian period. In 2010 the Worms synagogue was firebombed. Eight corners of the building were set ablaze, and a Molotov cocktail was thrown at a window. There were no injuries. Kurt Beck, Minister-President of Rhineland-Palatinate, condemned the attack and vowed to mobilize all necessary resources to find the perpetrators, saying, "We will not tolerate such an attack on a synagogue". 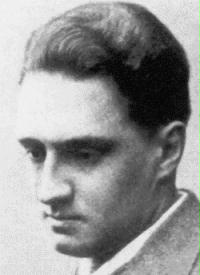