Vega Alta () is a municipality of Puerto Rico. Vega Alta is on the northern coast of the island, north of Morovis and Corozal; east of Vega Baja; and west of Dorado with an area of . Vega Alta is subdivided into seven barrios and Vega Alta barrio-pueblo (the downtown area and the administrative center of the city). It is part of the San Juan-Caguas-Guaynabo Metropolitan Statistical Area. Vega Alta is west of San Juan, the capital of Puerto Rico. Vega Alta is known for the beach at Cerro Gordo. Other points of interest include the town's Catholic church, known as Inmaculada Concepción, which was founded in 1813, and the Vega Alta Forest. During the first week of December, Vega Alta celebrates its patron saint, the Immaculate Conception. 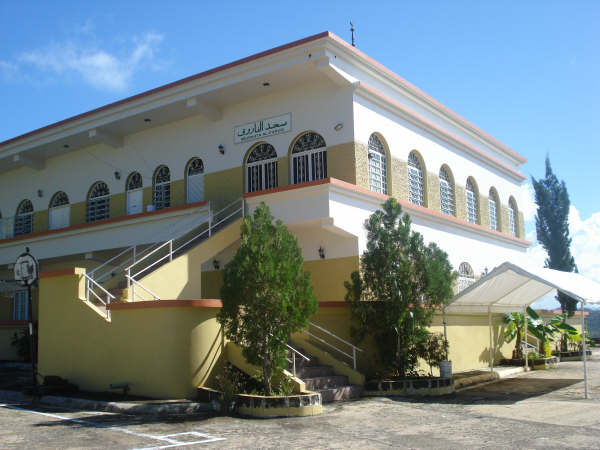 Vega Alta was founded in 1775 by Francisco de los Olivos. It was first named La Vega de Espinosa and known as ''el pueblo de los Ñangotaos'' ("the town of the squatters", in reference to the ''jíbaros'' country folk who would wait for the train in a squatting position, due to lack of benches). Before this, it was part of a group of towns known as Las Vegas. It was then that one area was named Vega Baja and the other Vega Alta. On October 12, 1898 the city's mayor, Francisco Vega, received U.S. troops as part of the Spanish–American War. On that same day, for the first time in Vega Alta's history, the U.S. flag was lifted on city hall. From 1902 to 1905, Vega Alta became once more part of the neighbor city of Vega Baja. In 1905, the government of Puerto Rico passed a law, allowing Vega Alta to become a municipality with its own limits. Hacienda Carmen and Hacienda Ortega sugar plantations were owned by Juan Gualberto Landron y Martinez born in 1791 in Toa Baja . He owned slaves and purchased them, some coming directly from Africa. The second-largest mosque, built in 1992, is located in Vega Alta.

Vega Alta is on the northern coast. Río Cibuco, Río Mavilla and Río Unibón are located in Vega Alta. The Javier Calderón beach, better known as Cerro Gordo Beach is administered by the Puerto Rico Department of Sports and Recreation. Vega Alta has a land area of 27.75 square miles (71.87 km2) and water area of 9.76 square miles (25.28 km2).

Hurricane Maria on September 20, 2017 triggered numerous landslides in Vega Alta with the significant amount of rainfall. The landsllides left Morovis cut off from its neighboring municipalities.

Like all municipalities of Puerto Rico, Vega Alta is subdivided into barrios. The municipal buildings, central square and large Catholic church are located in a barrio referred to as . #Bajura #Candelaria #Cienegueta #Espinosa #Maricao #Mavilla #Sabana # Vega Alta barrio-pueblo

(Special Communities of Puerto Rico) are marginalized communities whose citizens are experiencing a certain amount of social exclusion. A map shows these communities occur in nearly every municipality of the commonwealth. Of the 742 places that were on the list in 2014, the following barrios, communities, sectors, or neighborhoods were in Vega Alta: , and .

In 1908, Vega Alta was producing coffee, sugar, oranges (which were famous in the United States) for their sweetness, tobacco and rum.

There are 6 beaches in Vega Alta.

The Puerto Rican, award-winning, musician and playwright Lin-Manuel Miranda who created the Broadway hit, "Hamilton", is from a family with roots in Vega Alta. In 2017, his father opened , a cafe and restaurant in the downtown area of Vega Alta, and in 2019 Lin-Manuel moved his memorabilia to a new gallery, the Lin-Manuel Miranda Gallery, a few steps from Placita Güisín and opened a store there too, TeeRico. The location has become a tourist attraction.

Vega Alta Maceteros are the Double-A (baseball) team of Vega Alta. Vega Alta is known for having amateur ball players as well as professional. Basketball is played in local communities. Other sports practiced include tennis, volleyball, handball, and amateur surfing among others. Vega Alta is also known for having famous Major League Baseball players such as The Molina Brothers which consist of Yadier Molina, Bengie Molina and José Molina. Other famous sport personalities include former New York Yankees center fielder Bernie Williams and professional boxer Ángel Chacón.

A well known musician from Vega Alta was Ladislao Martinez a.k.a. ''El Maestro Ladi'' (June 27, 1898–February 1, 1979), a master cuatro musician. He became the first Puerto Rican to play a cuatro solo on the radio. Fiel a la Vega, a rock en español (rock in Spanish) band, was formed in 1994. Band members Tito Auger and Ricky Laureano are from Vega Alta, while brothers Pedro Arraiza and Jorge Arraiza come from next-door Vega Baja. Their first album spawned hits like ''Salimos de Aquí'' and ''El Wanabí'', both of which were released with videos.

The main women's prison of the Puerto Rico Department of Corrections and Rehabilitation, Escuela Industrial para Mujeres in Vega Alta, opened in 1954, replacing a prison in Arecibo; work began on the facility in 1952. Puerto Rico also operates the Hogar de Adaptación Social en Vega Alta, which opened in 1987.