Strategic Simulations, Inc. (SSI) was a
video game developer A video game developer is a software developer A computer programmer, sometimes called a software developer, a programmer or more recently a coder (especially in more informal contexts), is a person who creates computer software Software ...
and
publisher Publishing is the activity of making information, literature, music, software and other content available to the public for sale or for free. Traditionally, the term refers to the creation and distribution of printed works, such as book A ...
with over 100 titles to its credit from its founding in 1979 to its dissolution in 1994. The company was especially noted for its numerous
wargame A wargame is a game that realistically simulates warfare, as opposed to abstract games such as chess Chess is a board game Board games are tabletop game Tabletop games are game with separate sliding drawer, from 1390–1353 BC ...
s, its official computer game adaptations of ''
Dungeons & Dragons ''Dungeons & Dragons'' (commonly abbreviated as ''D&D'' or ''DnD'') is a fantasy tabletop role-playing game (RPG) originally designed by Gary Gygax and Dave Arneson. It was first published in 1974 by TSR (company)#Tactical Studies Rules, Tacti ...
'', and for the groundbreaking ''
Panzer General ''Panzer General'' is a 1994 computer wargame A computer wargame is a wargame played on a digital device. Descended from Board wargame, board wargaming, it simulates military conflict at the Tactical wargame, tactical, Operational art of war, ...
'' series.

The company was founded by
Joel Billings Joel Billings is an American video game#REDIRECT Video game A video game is an electronic game that involves interaction with a user interface or input device such as a joystick, game controller, controller, computer keyboard, keyboard, or mo ...
, a
wargame A wargame is a game that realistically simulates warfare, as opposed to abstract games such as chess Chess is a board game Board games are tabletop game Tabletop games are game with separate sliding drawer, from 1390–1353 BC ...
enthusiast, who in the summer of 1979 saw the possibility of using the new home computers such as the
TRS-80 The TRS-80 Micro Computer System (TRS-80, later renamed the Model I to distinguish it from successors) is a desktop launched in 1977 and sold by through their stores. The name is an abbreviation of ''Tandy Radio Shack, Z80 icroprocessor'. It ... 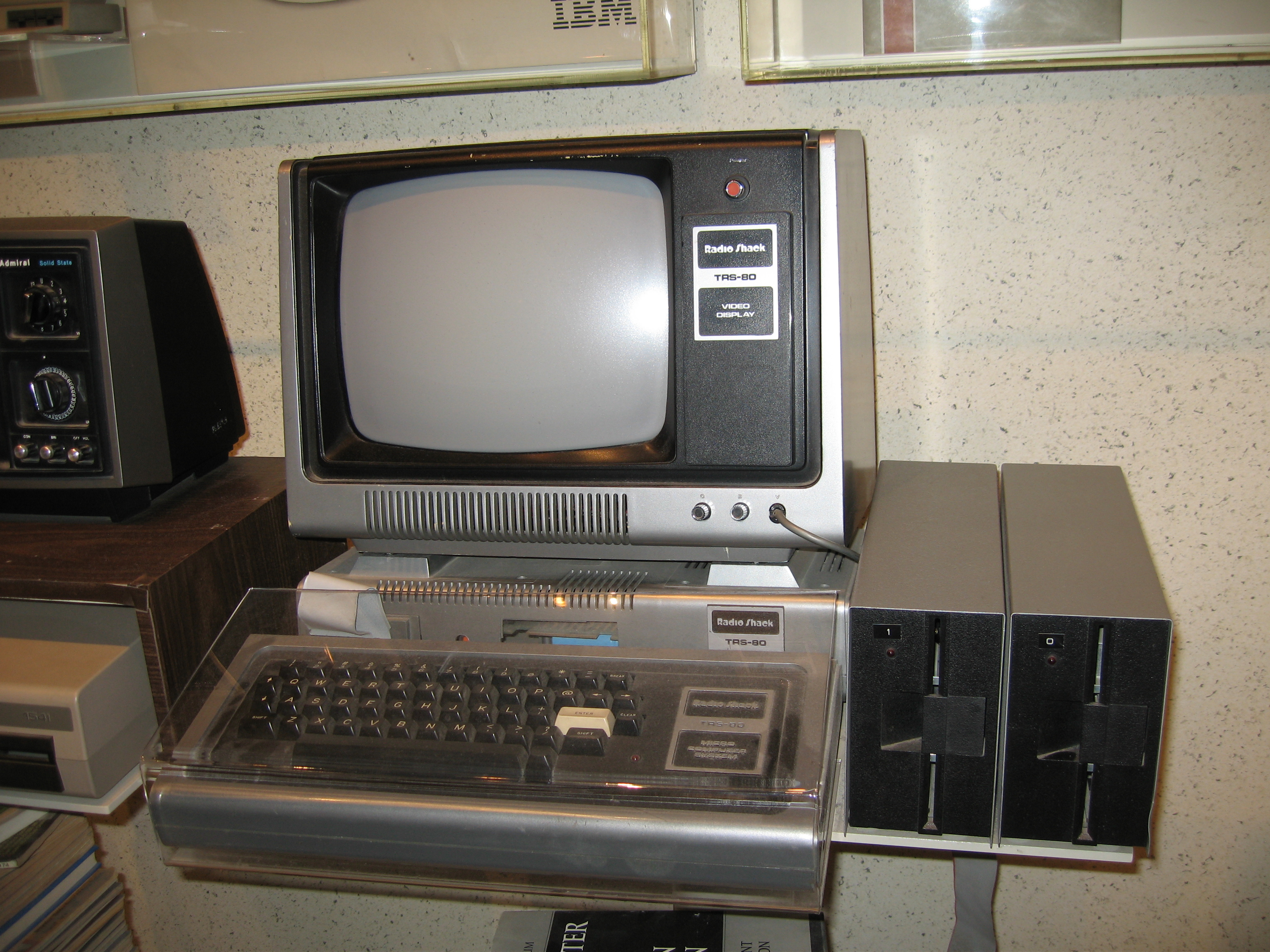 for wargames. While unsuccessfully approaching
Avalon Hill Avalon Hill Games Inc. is a game company that publishes wargames ''WarGames'' is a 1983 American Cold War science-fiction film, science fiction techno-thriller film written by Lawrence Lasker and Walter Parkes, Walter F. Parkes and directed b ...
and Automated Simulations to publish wargames, he hired video game programmer, programmers John Lyons (game programmer), John Lyons, who wrote ''Computer Bismarck''—later claimed to have been the first "serious wargame" published for a microcomputer—and Ed Williger, who wrote ''Computer Ambush''. Both games were written in BASIC as were many of SSI's early games. Although Billings expected that he and Lyon would write the first version of ''Computer Bismarck'' on a North Star Computers, North Star computer, Apple Inc., Apple Computer executive Trip Hawkins, who would later found Electronic Arts, persuaded Billings to switch to the Apple II series, Apple II because of its graphics. ''Computer Bismarck'' appeared for the Apple in January 1980 and for the TRS-80 later in the year. Chuck Kroegel, who joined the company as an employee in 1983, was the co-author with David Landrey of many of the early SSI wargames and led product development for over ten years. By late 1980, SSI advertised that its games could "take you from Battle of Waterloo, Waterloo to the Super Bowl. (By way of the North Atlantic.)" In 1982 SSI launched their ''RapidFire'' line. Although the name implies action titles, it was in fact simply a branding of games being written by third party authors. The initial series consisted of ''Cytron Masters'', ''The Cosmic Balance'' and ''Galactic Gladiators''. Later titles included ''Epidemic!'', a real time strategy title dealing with a global plague, ''Queen of Hearts'', ''Cosmic Balance II'', ''Broadsides (video game), Broadsides'' and others. The branding effort did not last very long, and appeared to have been ended in either 1983 or 1984. Chris Smith reviewed SSI's ''RapidFire Line'' in ''The Space Gamer'' No. 59. Smith commented that " RapidFire is a game line that deserves any award it can be nominated for. It is the best line of computer games I've ever seen, and the programs rate high on an individual basis also." By 1985, ''Antic (magazine), Antic'' wrote "serious computer wargamers consider [SSI] a company in a class by itself". It had 60 employees and had published 12 games in the previous year, most written in compiler, compiled BASIC. Developers such as Gary Grigsby received royalties of up to $20,000 per game. By fiscal 1987 the company had $5 million in sales, and had released 89 games in its first eight years. SSI had expanded into role-playing games in 1984 with titles such as ''Wizard's Crown'', ''Questron'' and the ''Phantasie'' series. In 1987, SSI acquired the ''Editions of Dungeons & Dragons#Advanced Dungeons & Dragons, Advanced Dungeons & Dragons'' (AD&D) license from TSR, Inc., TSR and subsequently published 30 titles in that series, starting with ''Pool of Radiance'' in 1988 and including ''War of the Lance (video game), War of the Lance'' in 1989 (Apple II) and 1990 (MS-DOS & Commodore 64). The TSR products formed the core of games released using the Gold Box engine. By 1992, ''Computer Gaming World'' stated that SSI "is no longer known as, primarily, a wargame company [but] continues to publish its share of wargames". In 1994, the company released ''
Panzer General ''Panzer General'' is a 1994 computer wargame A computer wargame is a wargame played on a digital device. Descended from Board wargame, board wargaming, it simulates military conflict at the Tactical wargame, tactical, Operational art of war, ...
''. Panzer General was a very approachable and easy-to-play game that nevertheless had some gameplay depth and the sense of continuity and goals. It was followed by three other games based on slightly modified versions of the basic engine, including ''Allied General'' and ''Pacific General'', the latter arguably being the most balanced. Non-historical games based on the same system were also released, ''Star General'' and ''Fantasy General''. These were later referred to collectively as the ''5-Star General Series''. As the newer versions were released over a three-year period they increasingly became outdated in terms of improving computer hardware. In 1997 they released a new version, ''Panzer General II'', with hand-painted maps and icons. It was very popular, selling well over 100,000 copies in its first release, and is still modded and played today. ''People's General'' was based on the same engine. In 1999 ''Panzer General 3D Assault'' introduced a true 3D engine, but gameplay was not particularly notable. A final attempt in 2000 was ''Panzer General III: Scorched Earth''. SSI was acquired by Mindscape Group, Mindscape in 1994, spent time as part of Mattel, and finally became part of Ubisoft (in March 2001), which ended up by retiring the brand name a few years later. In December 2013,
Joel Billings Joel Billings is an American video game#REDIRECT Video game A video game is an electronic game that involves interaction with a user interface or input device such as a joystick, game controller, controller, computer keyboard, keyboard, or mo ...
donated several SSI video games, such as ''Computer Bismarck'', including the source code for preservation to the International Center for the History of Electronic Games, ICHEG.