The Spanish Armed Forces are in charge of guaranteeing the sovereignty and independence of the
Kingdom of Spain , image_flag = Bandera de España.svg , image_coat = Escudo de España (mazonado).svg , national_motto = , national_anthem = , image_map = , map_caption = , image_map2 ...
, defending its territorial integrity and the constitutional order, according to the functions entrusted to them by the Constitution of 1978. They are composed of: the
Army An army (from Latin ''arma'' "arms, weapons" via Old French ''armée'', "armed" eminine, ground force or land force is a fighting force that fights primarily on land. In the broadest sense, it is the land-based military branch Military branch ...
, the Air Force, the
Navy A navy, naval force, or maritime force is the branch of a nation's armed forces A military, also known collectively as armed forces, is a heavily armed, highly organized force primarily intended for warfare War is an intense ...
, the
Royal Guard #REDIRECT Royal guard#REDIRECT Royal guard A royal guard is a group of military bodyguards, soldiers or armed retainers responsible for the protection of a royal person, such as the emperor or empress, king or queen, or prince A prince is a ...

and the
Military Emergency Unit The Military Emergencies Unit ( es, Unidad Militar de Emergencias, UME; ) is a branch of the Spanish Armed Forces responsible for providing disaster relief throughout Spain mainly, and abroad if required. It is the newest branch of the Spanish Arm ...
, as well as the so-called Common Corps. Spain is one of the most militarily powerful nations of the European Union (
EUFOR The European Union (EU) has undertaken a number of overseas missions and operations, drawing on civilian and Defence forces of the European Union, military capabilities, in several countries across three continents (Europe, Africa and Asia), as ...
) and
Eurocorps The European Corps (Eurocorps) is an intergovernmental military corps with its headquarters of approximately 1,000 soldiers stationed in Strasbourg Strasbourg (, , ; german: Straßburg ; gsw, label=Bas Rhin Bas-Rhin (; Alsatian: ''Unt ...

. It also occupies a prominent position in the structure of
NATO The North Atlantic Treaty Organization (NATO, ; french: Organisation du traité de l'Atlantique nord, ), also called the North Atlantic Alliance, is an intergovernmental military alliance A military alliance is a formal agreement betwe ...
, which it joined in 1982. It also has the oldest
Marine Corps Marines, or naval infantry, are typically a military force trained to operate in littoral zones The littoral zone or nearshore is the part of a sea, lake, or river that is close to the shore. In coastal environments, the littoral zone exten ...
in the world and the oldest permanent military units in the world: the '' King's Immemorial No. 1 Infantry Regiment'' and the ''Infantry Regiment "Soria" No. 9, "Soria" No. 9 Light Infantry Regiment''.

During the 15th and 16th century, Spain evolved into Europe's foremost power with the voyages of Christopher Columbus leading to Spain acquiring vast lands in the Americas. During the reign of Charles V and Philip II, Spain reached the peak of its power with the Spanish Empire spanning 19.4 million square km of the earth's surface, a total of 13%. By the mid 17th century this power had been weakened by the Thirty Years War along with financial problems, and the lack of reforms. During the 18th century the new Bourbon dynasty revived Spain's economic and military power through a series of important reforms in the armed forces and the economy, notably those of Charles III of Spain. Thanks to these reforms, Spain performed well during the war of War of Jenkins' Ear, Jenkins' Ear, the war of War of the Austrian Succession, Austrian Succession but with mixed result during the Seven Years' War. Spain had recovered considerably by the outbreak of the French Revolution. The occupation of a great part of Spain by the French during the Napoleonic Wars resulted in the so-called war of Spanish independence, which was characterised by use on a large scale of guerrilla troops, made necessary by the war's devastating effect on the Spanish economy. Following the war, the Spanish military was in poor condition and political instability resulted in the loss of most of Spain's former colonies, except Cuba, Puerto Rico, and the Philippines. These too would be lost later in the Spanish–American War.

Spain participated along with France, the United Kingdom, Italy, Denmark, the United States and Canada in the offensive against Moammar Gaddafi in Libya, contributing a Tanker (aircraft), tanker, 4 F-18 fighter jets, a frigate, a submarine and a surveillance aircraft, along with logistical support from the Naval Station Rota, Spain, Naval Base of Rota and the Morón Air Base, Air Base of Morón. Spain has belonged to
NATO The North Atlantic Treaty Organization (NATO, ; french: Organisation du traité de l'Atlantique nord, ), also called the North Atlantic Alliance, is an intergovernmental military alliance A military alliance is a formal agreement betwe ...
since 1982. The decision was ratified in a referendum in 1986 by the Spanish people. The conditions were the reduction of American military bases, no integration of Spain in the military structure of NATO, and the prohibition of introducing nuclear weapons in Spain.

As of June 2017, 3,093 soldiers of the Spanish Armed Forces and the Civil Guard (Spain), Civil Guard are part of the nineteen operations where Spain has an active role. According to the National Security Department of Spain (DSN), these are the current missions of the armed forces and civil guard: *Missions with the European Union **EUTM Mali (2013–present): Advisory mission in the security and training sector of the Malian National Army. 130 deployed military personnel. **Central African Republic, EUTM CAR (2016–present): Training mission of the Armed Forces of the Government of the Central African Republic. The
Eurocorps The European Corps (Eurocorps) is an intergovernmental military corps with its headquarters of approximately 1,000 soldiers stationed in Strasbourg Strasbourg (, , ; german: Straßburg ; gsw, label=Bas Rhin Bas-Rhin (; Alsatian: ''Unt ... 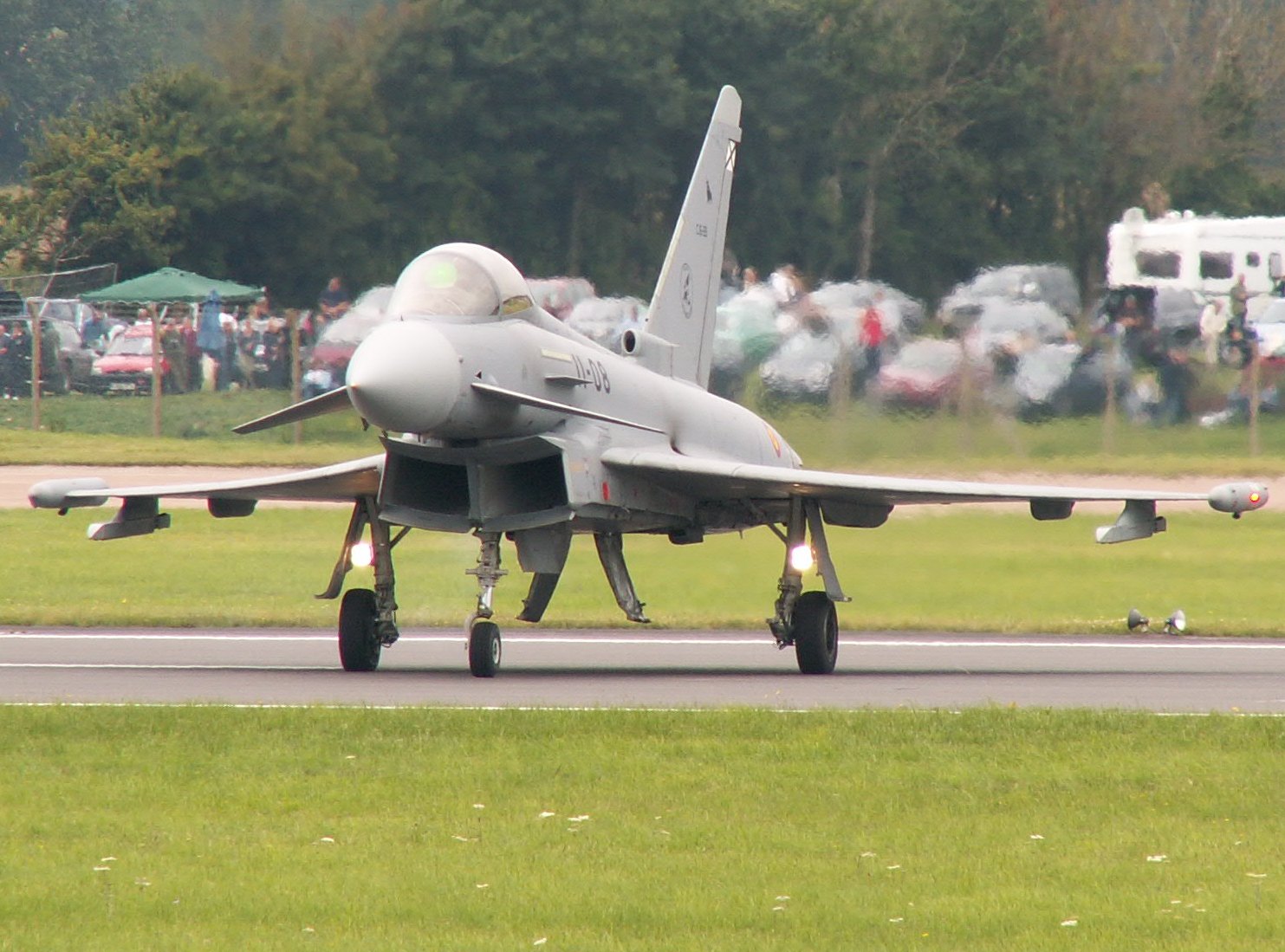 Commander in chief, Commander in Chief: Capitán General of the Armed Forces the King of Spain, Felipe VI. #

Chief of the Defence Staff (Spain), Chief of the defense Staff: General officer, Air General Miguel Ángel Villarroya. # The Chiefs of Staff of the branches: #:

The Spanish armed forces are a professional force with a strength in 2017 of 121,900 active personnel and 4,770 reserve personnel. The country also has the 77,000 strong Civil Guard (Spain), Civil Guard which comes under the control of the Ministry of defense in times of a national emergency. The Spanish defense budget is 5.71 billion euros (US$7.2 billion) a 1% increase for 2015. The increase comes because of security concerns in the country.

The Spanish Army consists of 15 active brigades and 6 military regions. Modern infantry have diverse capabilities and this is reflected in the varied roles assigned to them. There are four operational roles that infantry battalions can fulfil: air assault, armoured infantry, mechanised infantry, and light role infantry.

The Marines, in Spanish, ''Infanteria de Marina'', are the marine infantry of the Spanish Navy, the oldest in the world. It has a strength of 5,000 troops divided into base defense forces and landing forces. One of the three base defense battalions is stationed with each of the Navy headquarters. "Groups" (midway between battalions and regiments) are stationed in Madrid and Las Palmas de Gran Canaria. The Tercio (fleet — regiment equivalent) is available for immediate embarkation and based out of San Fernando. Its principal weapons include light tanks, armored combat vehicles, self-propelled artillery, and SPIKE antitank missiles.

Spain currently has 10 fighter squadrons, each with 18-24 airplanes. The air force also has 15 operational air bases around the country. The air force operates a wide-ranging fleet of aircraft, from fighters to transport aircraft and passenger transports to helicopters. It maintains some 450 aircraft in total, of which around 130 are fighter aircraft (Eurofighter Typhoons and F-18 MLU). The Spanish Air Force is replacing older aircraft in the inventory with newer ones including the recently introduced Eurofighter Typhoon and the Airbus A400M Atlas airlifter. Both are manufactured with Spanish participation; EADS CASA makes the Eurofighter's right wing and leading edge slats, and participates in the testing and assembly of the airlifter. Its aerobatic display team is the Patrulla Aguila, which flies the CASA C-101 Aviojet.Its helicopter display team, Patrulla Aspa, flies the Eurocopter EC-120 Colibrí. In July 2014 the Spanish Air Force joined the European Air Transport Command, headquartered at Eindhoven Airbase in the Netherlands.

The ''Royal Guard'' (''Guardia Real'') is an independent unit of the Spanish Armed Forces whose primary task is the military protection of the King of Spain and the Spanish Royal Family. It also protects visiting Heads of State. The Royal Guard's history dates back to Middle Ages, medieval times, the Corps of Gentlemen of the Chamber, the "Monteros de Espinosa", dating to 1006. It currently has a strength of 1,900 troops, constituting a fully functional combat unit drawn from the ranks of all three branches of the Spanish Armed Forces: among others, a Marines company, a Paratroop company and an infantry company. Some units have served recently in Afghanistan and Bosnia.

The ''Military Emergencies Unit'' ( es, Unidad Militar de Emergencias, is the most recently instituted branch of the Spanish Armed Forces, resulting from a decision of the Council of Ministers of Spain in 2005. In addition to headquarters staff (, there are five emergency intervention battalions (, BIEM), a support regiment () and an aerial group (). It is responsible for providing disaster relief principally throughout Spain but also if necessary abroad. The activities including handling natural hazards such as floods and earthquakes, forest fires, chemical and nuclear accidents, and other emergency situations recognized as such by the Prime Minister of Spain.