Click Here for Items Related To - Robert A. Taft


Robert Alphonso Taft Sr. (September 8, 1889 – July 31, 1953) was an American conservative politician, lawyer, and scion of the Republican Party's Taft family. Taft represented Ohio in the United States Senate, briefly served as Senate Majority Leader, and was a leader of the conservative coalition of Republicans and conservative Democrats who prevented expansion of the New Deal. Often referred to as "Mr. Republican", he cosponsored the Taft–Hartley Act of 1947, which banned closed shops, created the concept of right-to-work states and regulated other labor practices. The elder son of William Howard Taft, the 27th President of the United States and the tenth Chief Justice of the United States, Robert Taft was born in Cincinnati, Ohio. He pursued a legal career in Cincinnati after graduating from Harvard Law School in 1913. Along with his brother Charles Phelps Taft II, he co-founded the law partnership of Taft Stettinius & Hollister. Taft served in the Ohio House of Representatives from 1921 to 1931 and in the Ohio Senate from 1931 to 1933. Though he lost re-election in 1932, he remained a powerful force in state and local politics. After winning election to the Senate in 1938 over incumbent Democrat Robert J. Bulkley, Taft repeatedly sought the Republican presidential nomination, often battling for control of the party with the moderate faction of Republicans led by Thomas E. Dewey. He also emerged as a prominent non-interventionist and opposed U.S. involvement into World War II prior to the 1941 Japanese Attack on Pearl Harbor. Taft's non-interventionist stances damaged his 1940 candidacy, and the 1940 Republican National Convention nominated Wendell Willkie. Taft sought the presidency again in 1948, but he lost to Dewey at the 1948 Republican National Convention. He opposed the creation of NATO and criticized President Harry Truman's handling of the Korean War. Taft again sought the presidential nomination a third time in 1952, and was widely viewed as the front-runner. However, Dewey and other moderates convinced General Dwight D. Eisenhower to enter the race, and Eisenhower narrowly prevailed at the 1952 Republican National Convention and went on to win the 1952 presidential election. Taft was elected Senate Majority Leader in 1953 but died of pancreatic cancer later that year. A 1957 Senate committee named Taft as one of America's five greatest senators, along with Henry Clay, Daniel Webster, John C. Calhoun, and Robert M. La Follette Sr.

Taft was born in Cincinnati, Ohio, a product of one of America's most prominent political families. He was a grandson of Attorney General and Secretary of War Alphonso Taft, and the elder son of President and Chief Justice William Howard Taft and Helen Louise "Nellie" Herron. His younger brother Charles Phelps Taft II served as the Mayor of Cincinnati and was the unsuccessful Republican candidate for Ohio Governor in 1952. As a boy he spent four years in the Philippines, where his father was governor. He was first in his class at the Taft School (run by his uncle), at Yale College (1910), and at Harvard Law School (1913). He was a member of Psi Upsilon, his father's fraternity and Skull and Bones, and edited the ''Harvard Law Review''. In 1913, Taft scored the highest in the state on the Ohio bar exam. He then practiced for four years with the firm of Maxwell and Ramsey (now Graydon Head & Ritchey LLP) in Cincinnati, his family's ancestral city. After a two-year stint in Washington working for the Food and Drug Administration, he returned to Cincinnati and opened his own law office. In 1924 he and his brother, Charles, helped form the law partnership Taft, Stettinius, and Hollister with which he continued to be associated until his death and continues to carry his name today. 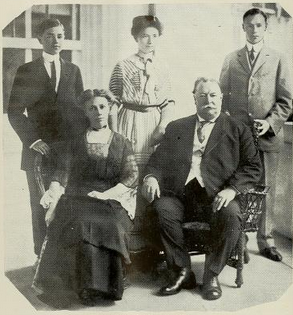 On October 17, 1914, he married Martha Wheaton Bowers (1889–1958), daughter of Lloyd Wheaton Bowers and Louisa Bennett Wilson. Taft himself appeared taciturn and coldly intellectual, characteristics that were offset by his gregarious wife, who served the same role his mother had for his father, as a confidante and powerful asset to her husband's political career. In May 1950, Martha suffered a severe stroke that left her an invalid, leaving her confined to a wheelchair, unable to take care of herself, and reliant upon her husband, children, and nurses for support. A biographer called his wife's stroke "the deepest personal blow of aft'slife ... there was no denying that he suffered." Following her stroke, Taft faithfully assisted his wife, called her every night when he was away on business, read stories to her at night when he was at home, "pushed her about in her wheelchair, lifted her in and out of cars ... tenderly did his best to make her feel comfortable and happy, and helped feed and take care of her at public functions" - facts which, his admirers noted, belied his public image as a cold and uncaring person. They had four sons: William Howard Taft III (1915–1991), who became ambassador to Ireland; Robert Alphonso Taft Jr. (1917–1993), who was also elected to the U.S. Senate; Lloyd Bowers Taft (1923–1985), who worked as an investment banker in Cincinnati, and Horace Dwight Taft (1925–1983), who became a professor of physics and dean at Yale. Two of Robert and Martha's grandsons are Robert Alphonso "Bob" Taft III (born 1942), Governor of Ohio from 1999 to 2007, and William Howard Taft IV (born 1945), Deputy Secretary of Defense from 1984 to 1989. In 1917, Taft and his wife bought a farm in Indian Hill, a well-to-do suburb of Cincinnati. Called Sky Farm, it would serve as Taft's primary residence for the rest of his life. The Tafts gradually made extensive renovations that turned the small farmhouse into a sixteen-room mansion. On the farm Taft enjoyed growing strawberries, asparagus, and potatoes for profit. During the summer, Taft often vacationed with his wife and children at the Taft family's summer home at Murray Bay, in Quebec, Canada. Although he was nominally a member of the Episcopal church, his biographer James Patterson noted that Taft's "religious inclinations were weak" and that he was a "Sunday morning golfer, not a church-going Episcopalian." When reporters asked his wife Martha what church he attended, she jokingly replied, "I'd have to say the Burning Tree", an exclusive country club and golf course in suburban Washington.

When the United States entered World War I in April 1917, Taft attempted to join the army but was rejected due to his poor eyesight. Instead, he joined the legal staff of the Food and Drug Administration where he met Herbert Hoover, who became his idol. In 1918 and 1919, he was in Paris as legal adviser for the American Relief Administration, Hoover's agency to distribute food to wartorn Europe. He came to distrust governmental bureaucracy as inefficient and detrimental to the rights of the individual, a principle he promoted throughout his career. He urged membership in the League of Nations but generally distrusted European politicians. He endorsed the idea of a powerful world court to enforce international law, but no such idealized court ever existed during his lifetime. He returned to Cincinnati in late 1919, promoted Hoover for president in 1920, and opened a law firm with his brother, Charles Taft. In 1920 he was elected to the Ohio House of Representatives, where he served as Republican floor leader and was Speaker of the House from January 1926 to January 1927. In 1930, he was elected to the Ohio Senate, but was defeated for re-election in 1932; it would be the only general election defeat of his career. He was an outspoken opponent of the Ku Klux Klan, and he did not support prohibition. In 1925 he voted against a bill, sponsored by Ohio state representatives who were members of the Ku Klux Klan, to outlaw dancing on Sundays, and he led the fight against a Klan-sponsored bill requiring all Ohio public school teachers to read at least ten verses of the Bible each day in class. In his speech opposing the bill, Taft stated that religion should be taught in churches, not public schools, and while the Bible was great literature, "in it religion overshadows all else." The bill passed the legislature over the opposition of Taft and his allies, but it was later vetoed by Ohio's governor. Taft's period of service in the Ohio state legislature was most notable for his efforts to reform and modernize the state's antiquated tax laws. Throughout the 1920s and 1930s, Taft was a powerful figure in local and state political and legal circles, and he was known as a loyal Republican who never threatened to bolt the party. He confessed in 1922 that "while I have no difficulty talking, I don't know how to do any of the eloquence business which makes for enthusiasm or applause." A lackluster speaker who did not mix well or glad-hand supporters, Taft was still a tireless worker with a broad range of policy and political interests. His total grasp of the complex details of every issue impressed reporters and politicians. (Democrats joked, "Taft has the best mind in Washington, until he makes it up.") Taft's loyalty to the conservative politicians who controlled Ohio's Republican Party had a price, as it often caused conflict with his younger brother, Charles, who as a local politician in Cincinnati had gained a reputation as a party maverick and liberal. However, despite their occasional policy disagreements, Charles loyally supported all three of his brother's presidential bids. 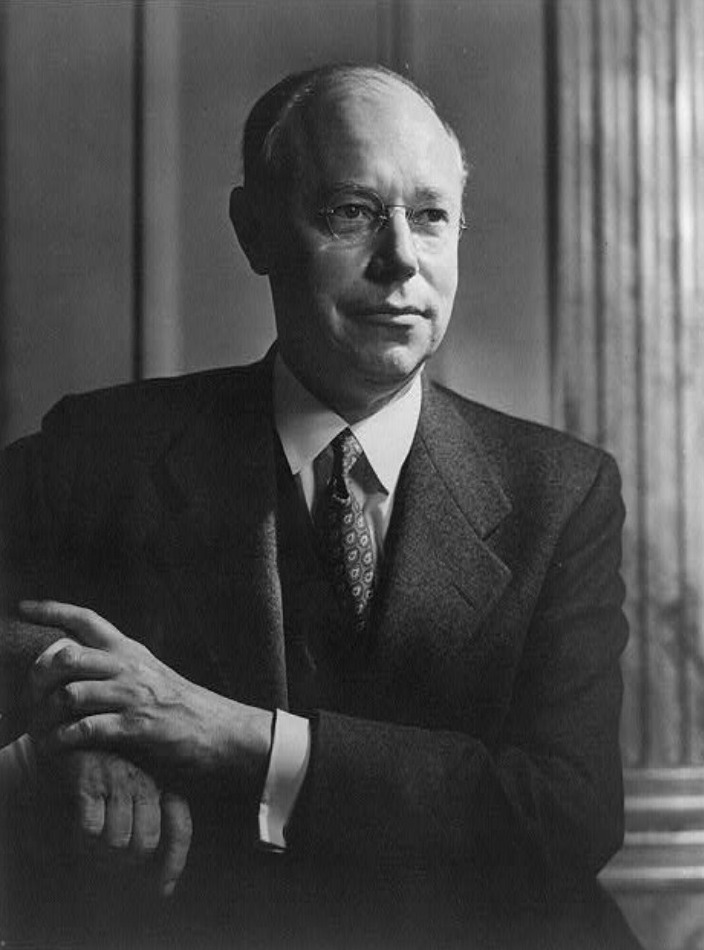 Taft was elected to the first of his three terms as US Senator in 1938. He first defeated Ohio Supreme Court justice Arthur H. Day in the Republican primary, and then defeated the Democratic incumbent, Robert Bulkley, in the general election. Taft engaged Bulkley in several debates and was generally regarded as the winner. He struggled in the earlier debates but later came out on top through assistance from his wife, Martha,