Admiral Richmond Kelly Turner (May 27, 1885 – February 12, 1961), commonly known as Admiral Kelly Turner, served in the United States Navy during World War II, and is best known for commanding the Amphibious Force during the campaign across the Pacific.

Richmond Turner was born in Portland, Oregon on May 27, 1885, to Enoch and Laura Francis (née Kelly) Turner. His father alternated between being a rancher and farmer, and working as a printer in both Portland (for ''The Oregonian'' with his older brother Thomas) and Stockton, California (where he owned a small print shop). Young Richmond would spend most of his childhood in and around Stockton, with a brief stop in Santa Ana, and graduated from Stockton High School in 1904. He was appointed to the U.S. Naval Academy from California's sixth district, his name put forward by Congressman James C. Needham, in 1904. He graduated on June 5, 1908 and served in several ships over the next four years. On August 3, 1910, he married Harriet "Hattie" Sterling in Stockton. In 1913, Lieutenant (Junior Grade) Turner briefly held command of the destroyer . After receiving instruction in ordnance engineering and service on board the gunboat , he was assigned to the battleships , and during 1916–19. From 1919 to 1922, Lieutenant Commander Turner was an ordnance officer at the Naval Gun Factory in Washington, D.C. He then was gunnery officer of the battleship , fleet gunnery officer on the Staff of Commander Scouting Fleet and commanding officer of the destroyer . Following promotion to the rank of commander in 1925, Turner served with the Bureau of Ordnance at the Navy Department. In 1927, he received flight training at Pensacola, Florida, was designated as a naval aviator, and a year later became commanding officer of the seaplane tender and commander, Aircraft Squadrons, Asiatic Fleet. He had further aviation-related assignments into the 1930s and was executive officer of the aircraft carrier in 1933–34. Captain Turner attended the Naval War College and served on that institution's staff in 1935–38 as head of the Strategy faculty. Turner's last single ship command was the heavy cruiser , on a diplomatic mission to Japan in 1939. During his service with that vessel, ''Astoria'', the body of deceased Japanese Ambassador to the United States, Hiroshi Saito was returned to Japan. Saito died of tuberculosis in February 1939. Following the World War II, Turner received Order of the Sacred Treasure, 3rd Class by the Emperor of Japan. Turner was Director of War Plans in Washington, D.C., in 1940–41 and was promoted to rear admiral January 1941.

As Director of War Plans in Naval Operations, Captain Turner became the Naval Member of the Joint Planning Committee of the Joint Board. Turner and Colonel Joseph T. McNarney, Air Corps, U.S. Army wrote "Study of the Immediate Problems concerning Involvement in War" in late December 1940. This led to Plan D, a strong offensive war in the Atlantic and a defensive war in the Pacific. This evolved into U.S. war plan "Rainbow Five". On November 25, 1941, Turner drafted a despatch to the Commander in Chief of the Asiatic Fleet for release by the Chief of Naval Operations (CNO), which contained the words: "I consider it probable that this next Japanese aggression may cause an outbreak of hostilities between the U.S. and Japan." CNO Admiral Harold Rainsford Stark took this message to the President—who changed the releasor to himself—and softened the judgment words "probable" to "possible" and "may" to "might," and he added the bad guess: "Advance against Thailand seems the most probable." The Commander of the U.S. Pacific Fleet, Admiral Husband E. Kimmel, was highly aware of the threat of surprise Japanese attack at Pearl Harbor. The final and most important warning was sent from Washington and to other Pacific outposts on November 27, 1941. It was specifically designated as a "war warning." Turner made the decision not to send Kimmel details of the intercepted Japanese diplomatic communications which pointed strongly to an imminent air or sea attack on the Pacific Fleet's base at Pearl Harbor. Kimmel testified after the war that had he known of these communications, he would have maintained a much higher level of alert and that the fleet would not have been taken by surprise by the Japanese attack. A historian of the attack on Pearl Harbor, Professor Gordon Prange, wrote in ''Pearl Harbor: The Verdict of History'' that, even allowing for Kimmel's desire to exculpate himself, this was correct. Prange wrote: "If Turner thought a Japanese raid on Hawaii ... to be a 50-percent chance, it was his clear duty to say so plainly in his directive to Kimmel ... He won the battle for dominance of War Plans over Intelligence, and had to abide by the consequences. If his estimates had enabled the U.S. to fend off ... the Japanese threat at Pearl Harbor, Turner would deserve the appreciation of a grateful nation. By the same token, he could not justly avoid his share of the blame for failure." Vice Admiral Homer N. Wallin wrote a much more comprehensive analysis of the reasons for the U.S. defeat at Pearl Harbor. See also Rear Admiral Edwin T. Layton, Kimmel's chief intelligence officer, and his book, ''And I Was There''. Admiral Turner testified to the Roberts Commission on January 19, 1942, the Admiral Thomas C. Hart Inquiry on the April 3rd and 4th, 1944, the Navy Court of Inquiry headed by Admiral Orin G. Murfin on September 15, 1944 and the Joint Congressional Committee Investigating Pearl Harbor in 1946. 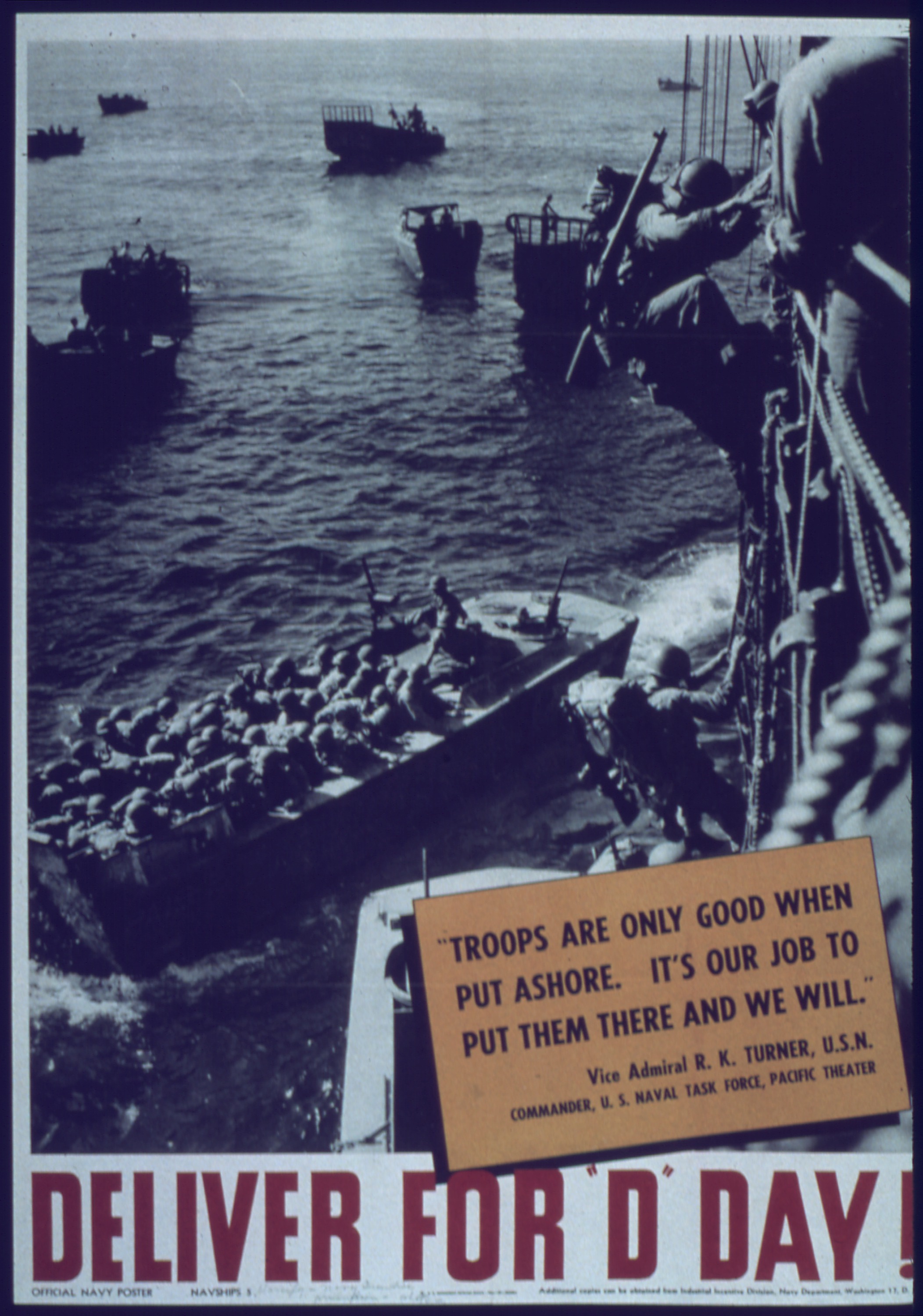 After World War II, Admiral Turner served on the Navy Department's General Board and was U.S. Naval Representative on the United Nations Military Staff Committee. He retired from active duty in July 1947. Admiral Turner died in Monterey, California, on February 12, 1961. He is buried in Golden Gate National Cemetery in San Bruno, California, alongside his wife and Admirals Chester Nimitz, Raymond A. Spruance, and Charles A. Lockwood, an arrangement made by all of them while living.

He was the brother of the socialist writer and pacifist John Kenneth Turner.

Admiral Turner was known in his surrounding by his complicated personality and furious temper. Nicknamed "Terrible Turner", many of his subordinates and colleagues recognized his command abilities, but criticized his manners, heavy drinking and pedantry on the other hand. When Admiral Chester Nimitz accepted Turner as commander of his assault force, Nimitz dryly said of the assignment that Turner was "brilliant, caustic, arrogant, and tactless – just the man for the job". Future Marine general Robert E. Hogaboom, who served as his assistant chief of staff for operations, describes him as: General Nathan Twining, who served as chief of staff of the Allied air forces in South Pacific during World War II, described Turner as:

The destroyer leader (later classified guided missile cruiser) (DLG-20/CG-20) was named in honor of Admiral Turner. Turner appears in ''To the Shores of Iwo Jima'', a documentary short film depicting the American assault on the Japanese-held island of Iwo Jima and the massive battle that raged on that key island in the Allied advance on Japan. Turner was portrayed by actor Stuart Randall in the film ''The Gallant Hours''.