Maximilian Karl Emil Weber (; ; 21 April 186414 June 1920) was a German sociologist, historian, jurist, and political economist, who is regarded among the most important theorists on the development of modern Western society. His ideas would profoundly influence social theory and social research. Despite being recognized as one of the fathers of sociology, along with Auguste Comte and Émile Durkheim, Weber never saw himself as a sociologist, but as a historian. Unlike Émile Durkheim, Weber did not believe in monocausal explanations, proposing instead that for any outcome there can be multiple causes. As such, he was a key proponent of methodological anti-positivism, arguing for the study of social action through interpretive (rather than empiricist) methods, based on understanding the purpose and meanings that individuals attach to their own actions. Weber's main intellectual concern was in understanding the processes of rationalisation, secularisation, and "disenchantment", which he took to be the result of a new way of thinking about the world, associating such processes with the rise of capitalism and modernity. Weber is best known for his thesis combining economic sociology and the sociology of religion, emphasising the importance of cultural influences embedded in religion as a means for understanding the genesis of capitalism (in contrast to Marx's historical materialism). Weber would first elaborate his theory in his seminal work, ''The Protestant Ethic and the Spirit of Capitalism'' (1905), where he attributed ascetic Protestantism as one of the major "elective affinities" involved in the rise of market-driven capitalism and the rational-legal nation-state in the Western world. Arguing the boosting of capitalism as a basic tenet of Protestantism, Weber suggested that the spirit of capitalism is inherent in Protestant religious values. ''Protestant Ethic'' would form the earliest part in Weber's broader investigations into world religion, as he later examined the religions of China and India, as well as ancient Judaism, with particular regard to their differing economic consequences and conditions of social stratification. In another major work, "Politics as a Vocation", Weber defined "the state" as an entity that successfully claims a "monopoly of the legitimate use of physical force within a given territory". He would also be the first to categorise social authority into distinct forms: charismatic, traditional, and rational-legal. Among these categories, Weber's analysis of bureaucracy emphasized that modern state institutions are increasingly based on the latter (rational-legal authority). Weber also made a variety of other contributions in economic history, theory, and methodology. His analysis of modernity and rationalisation would significantly influence the critical theory associated with the Frankfurt School. After the First World War, he was among the founders of the liberal German Democratic Party. He also ran unsuccessfully for a seat in parliament and served as advisor to the committee that drafted the ill-fated democratic Weimar Constitution of 1919. After contracting Spanish flu, he died of pneumonia in 1920, aged 56. 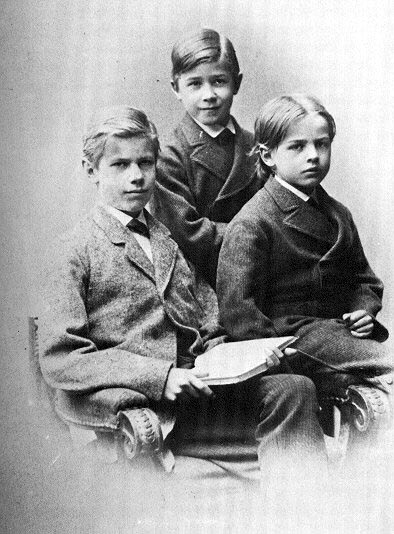 Maximilian Karl Emil Weber was born in 1864 in Erfurt, Province of Saxony, Prussia. He would be the oldest of seven children to Max Weber Sr., a wealthy and prominent civil servant and National Liberal Party member, and his wife Helene Fallenstein, who partly descended from French Huguenot immigrants and held strong moral absolutist ideas. Weber Sr.'s involvement in public life immersed his home in both politics and academia, as his salon welcomed many prominent scholars and public figures. The young Weber and his brother Alfred, who also became a sociologist and economist, thrived in this intellectual atmosphere. For Christmas in 1876 Weber, at thirteen years old, would gift his parents two historical essays, entitled "About the course of German history, with special reference to the positions of the Emperor and the Pope", and "About the Roman Imperial period from Constantine to the migration of nations". In class, bored and unimpressed with teacherswho, in turn, resented what they perceived as a disrespectful attitudeWeber secretly read all forty volumes of Goethe, and it has been recently argued that this was an important influence on his thought and methodology. Before entering university, he would read many other classical works. Over time, Weber would also be significantly affected by the marital tension between his father, "a man who enjoyed earthly pleasures", and his mother, a devout Calvinist "who sought to lead an ascetic life".

In 1882, Weber enrolled in the University of Heidelberg as a law student, transferring to the University of Berlin after a year of military service. After his first few years as a student, during which he spent much time "drinking beer and fencing", Weber would increasingly take his mother's side in family arguments and grew estranged from his father. Simultaneously with his studies, he worked as a junior lawyer. In 1886, Weber passed the examination for Referendar, comparable to the bar association examination in the British and U.S. legal systems. Throughout the late 1880s, Weber continued his study of law and history, earning his law doctorate in 1889 by writing a dissertation on legal history titled ''The history of commercial partnerships in the Middle Ages''. This work would be used as part of a longer work, ''On the History of Trading Companies in the Middle Ages, based on South-European Sources'', published in the same year. Two years later, working with August Meitzen, Weber completed his habilitation, ''Roman Agrarian History and its Significance for Public and Private Law''.