The Province of Lower Canada (french: province du Bas-Canada) was a
British colony A Crown colony or royal colony was a colony In political science, a colony is a territory subject to a form of foreign rule. Though dominated by the foreign colonizers, colonies remain separate from the administration of the original coun ...
on the lower
Saint Lawrence River The St. Lawrence River is a large river A river is a natural flowing watercourse, usually freshwater, flowing towards an ocean, sea, lake or another river. In some cases, a river flows into the ground and becomes dry at the end of its c ...
and the shores of the
Gulf of Saint Lawrence , image = Baie de la Tour.jpg , alt = , caption = Gulf of St. Lawrence from Anticosti National Park Anticosti National Park (French (official): ''Parc National d'Anticosti'') is a provincial park of Qu ...

Like Upper Canada, there was significant political unrest. Twenty-two years after an invasion by the United States in the War of 1812, a rebellion now challenged the British rule of the predominantly French population. After the Lower Canada Rebellion, Patriote Rebellion in the Rebellions of 1837–1838 was suppressed by government troops and Loyal (Lower Canada), Loyal volunteers, the Constitutional Act 1791, 1791 Constitution was suspended on 27 March 1838 and a Special Council of Lower Canada, special council was appointed to administer the colony. An abortive attempt by revolutionary Robert Nelson (insurrectionist), Robert Nelson to declare a Republic of Lower Canada was quickly thwarted. The provinces of Lower Canada and Upper Canada were combined as the United Province of Canada in 1841, when the ''Act of Union 1840'' came into force. Their separate legislatures were combined into a single parliament with equal representation for both constituent parts, even though Lower Canada had a greater population. 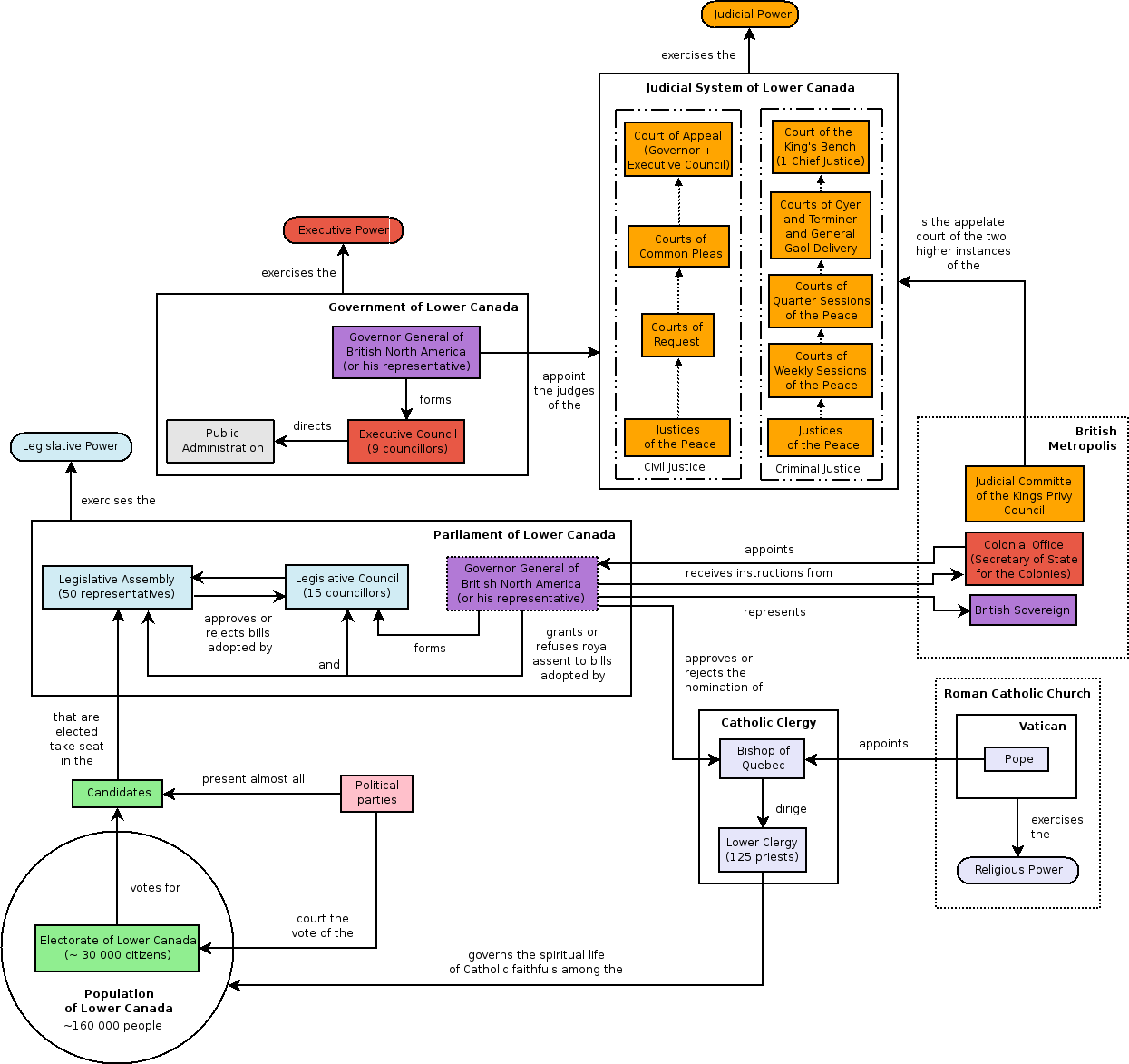 Lower Canada was populated mainly by Canadiens, an ethnic group who trace their ancestry to French people, French colonists who settled in
Canada Canada is a country in the northern part of North America North America is a continent A continent is any of several large landmasses. Generally identified by convention (norm), convention rather than any strict criteria, ...
from the 17th century onward.

Travelling around Lower Canada was mainly by water along the St. Lawrence River. On land the only long-distance route was the Chemin du Roy or King's Highway, built in the 1730s by New France. The King's Highway was, in addition to the mail route, the primary means of long-distance passenger travel until steamboats (1815) and railways (1850s) began to challenge the royal road. The royal road's importance waned after the 1850s and would not re-emerge as a key means of transportation until the modern Highways in Quebec, highway system of Quebec was created in the 20th century.