Prajadhipok ( th|ประชาธิปก; RTGS: ''Prachathipok''; 8 November 1893 – 30 May 1941), reigning title Phra Pok Klao Chao Yu Hua, also Rama VII, was the seventh monarch of Siam of the Chakri dynasty. His reign was a turbulent time for Siam due to political and social changes during the Revolution of 1932. He is to date the only Siamese monarch of the Chakri Dynasty to abdicate. 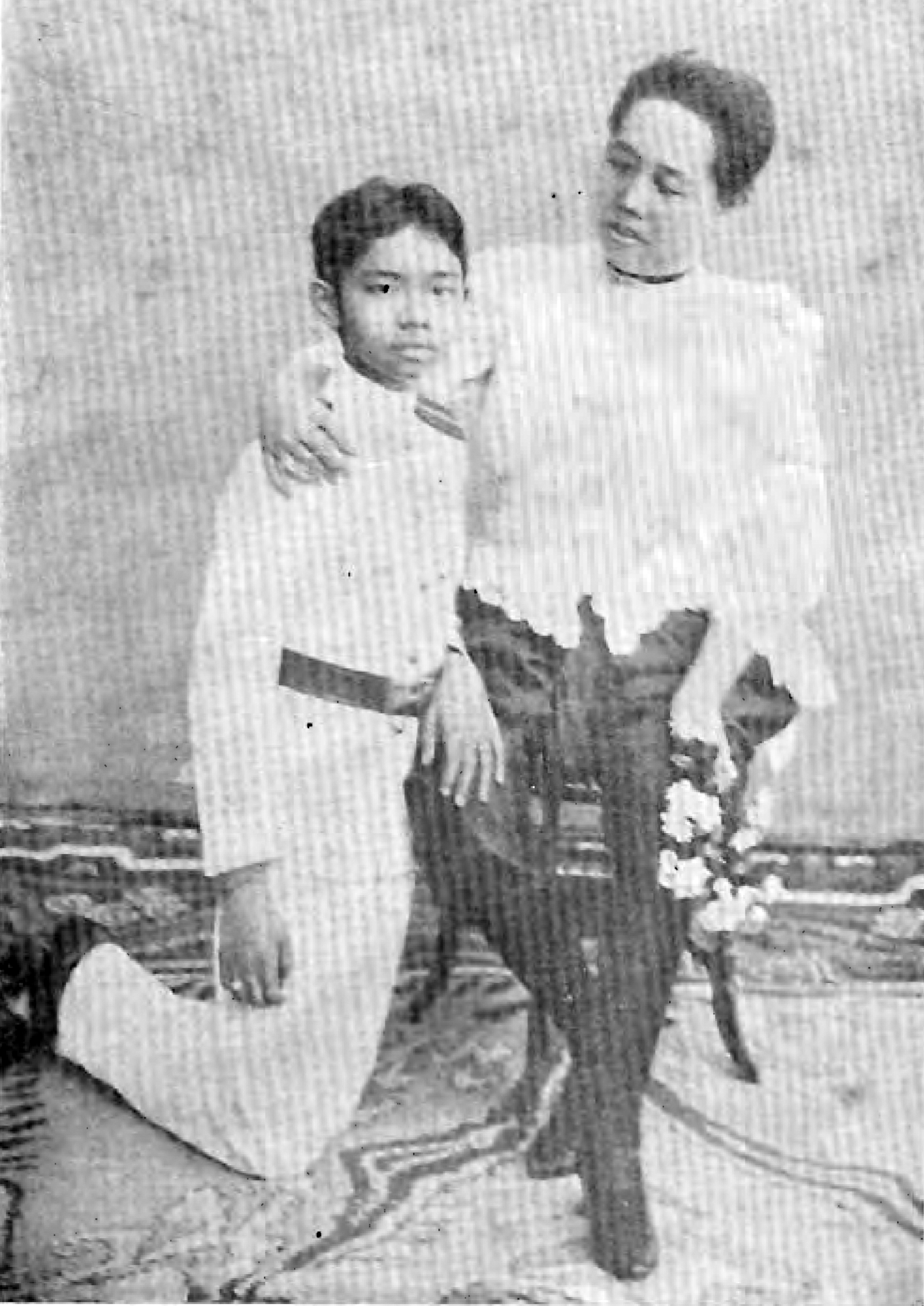 Somdet Chaofa Prajadhipok Sakdidej ( th|สมเด็จเจ้าฟ้าประชาธิปกศักดิเดชน์) was born on 8 November 1893 in Bangkok, Siam (now Thailand) to King Chulalongkorn and Queen Saovabha Phongsri. Prince Prajadhipok was the youngest of nine children born to the couple. Overall he was the king's second-youngest child (of a total of 77), and the 33rd and youngest of Chulalongkorn's sons. Unlikely to succeed to the throne, Prince Prajadhipok chose to pursue a military career. Like many of the king's children, he was sent abroad to study, going to Eton College in 1906, then to the Woolwich Military Academy from which he graduated in 1913. He received a commission in the Royal Horse Artillery in the British Army based in Aldershot. In 1910 Chulalongkorn died and was succeeded by Prajadhipok's older brother (also a son of Queen Saovabha), Crown Prince Vajiravudh, who became King Rama VI. Prince Prajadhipok was by then commissioned in both the British Army and the Royal Siamese Army. With the outbreak of the First World War and the declaration of Siamese neutrality, King Vajiravudh ordered his younger brother to resign his British commission and return to Siam immediately, a great embarrassment to the prince, who wanted to serve with his men on the Western front. Once home, Prajadhipok became a high-ranking military official in Siam. In 1917 he was ordained temporarily as a monk, as was customary for most Buddhist Siamese men. In August 1918 Prince Prajadhipok married his childhood friend and cousin Rambhai Barni, a descendant of King Mongkut (Prajadhipok's grandfather) and his Royal Consort Piam. They were married at Sukhothai Palace which was a wedding gift to the couple from Queen Saovabha. After the war in Europe ended, he attended the École Superieure de Guerre in France, returning to Siam to the Siamese military. During this time, he was granted the additional title ''Krom Luang Sukhothai'' (Prince of Sukhothai). Prajadhipok lived a generally quiet life with his wife at their residence, Sukhothai Palace, next to the Chao Phraya River. The couple had no children. Prajadhipok soon found himself rising rapidly in succession to the throne, as his brothers all died within a relatively short period. In 1925, King Vajiravudh himself died at the age of 44. Prajadhipok became absolute monarch at only thirty-two. He was crowned King of Siam on 25 February 1926. 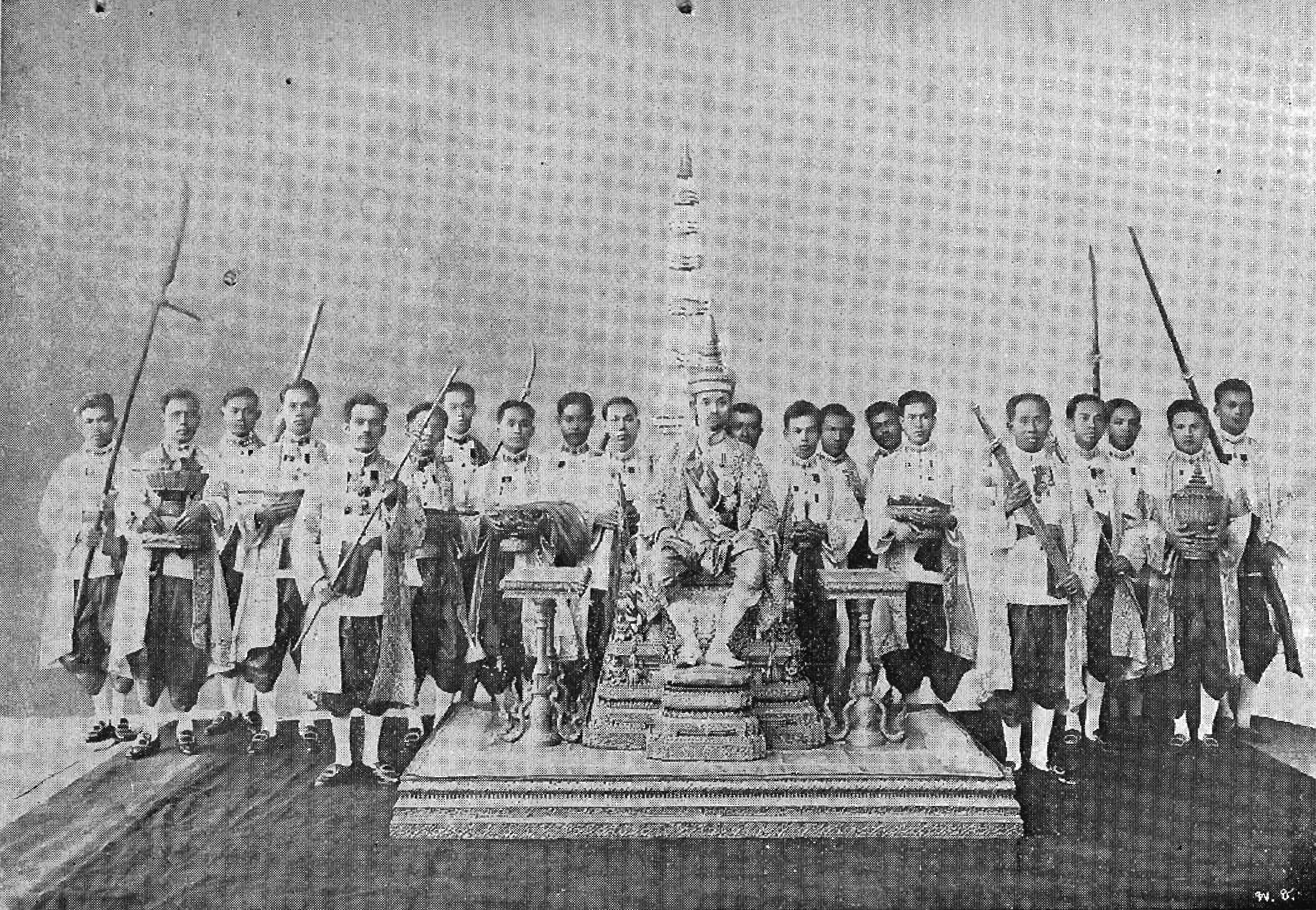 250px|Coronation of King Prajadhipok inside the Phaisan Thaksin Hall, Grand Palace on 25 February 1926.

Relatively unprepared for his new responsibilities, Prajadhipok was nevertheless intelligent, diplomatic in his dealings with others, modest, and eager to learn. However, he had inherited serious political and economic problems from his predecessor. The budget was heavily in deficit, and the royal financial accounts were in serious disorder. The entire world was in the throes of the Great Depression. In an institutional innovation intended to restore confidence in the monarchy and government, Prajadhipok, in what was virtually his first act as king, announced the creation of the Supreme Council of the State of Siam. This council was made up of five experienced members of the royal family, although to emphasise the break with the previous reign the selected five had all fallen out of favour with the previous monarch. The council thus comprised three of the king's uncles, Prince Bhanurangsi, Prince Naris and Prince Damrong Rajanubhab and two of his half-brothers, Prince Kitiyakon (Prince Chantaburi) and Prince Boriphat. Many of the Princes of the Supreme Council felt that it was their duty to make amends for the mistakes of the previous reign, but their acts were not generally appreciated, for the government failed to communicate to the public the purpose of the policies they pursued to rectify Vajiravudh's extreme financial extravagances. Gradually these princes arrogated power to themselves, monopolising all the main ministerial positions and appointing their sons and brothers to both administrative and military posts. By April 1926 almost the entire cabinet of ministry heads had been replaced with newly appointed Princes or nobles, with only three former members being re-appointed. While the family appointments brought back men of talent and experience, they also signalled a return to royal oligarchy. The king clearly wished to demonstrate a clear break with the discredited sixth reign, and his choice of men to fill the top positions appeared to be guided largely by a wish to restore a Chulalongkorn-type government. Unlike his predecessor, the king read virtually all state papers that came his way, from ministerial submissions to petitions by citizens. The king was painstaking and conscientious; he would elicit comments and suggestions from a range of experts and study them, noting the good points in each submission, but when various options were available he would seldom be able to select the best one and abandon others. He would often rely upon the Supreme Council to prod him in a particular direction.

From the beginning of his reign King Prajadhipok was acutely aware that political change was necessary if the monarchy was to be preserved. He viewed his newly established Supreme Council as an institutional check upon the powers of an absolute monarch. During 1926, Prajadhipok experimented with using the Privy Council, which had over 200 members at that time, as a quasi-legislative body. This large of an assembly proved too cumbersome, and in 1927 Prajadhipok created the Committee of the Privy Council consisting of 40 members selected from the royal family or nobility. The committee was received positively by the press and was envisaged as a forerunner of a parliament or National Assembly. In practice however the committee remained relatively unimportant and sadly did not develop into a more powerful or representative body. In 1926 Prajadhipok wrote a lengthy memorandum to his American adviser Francis B. Sayre titled "Problems of Siam" in which he set forth nine questions he felt were the most serious facing the nation. The third question asked whether Siam should have a parliamentary system, which Prajadhipok doubted. The fourth question asked whether Siam was ready for representative government, to which Prajadhipok answered "my personal opinion is an emphatic NO". However, the king did see a possibility to introduce reform at the local level as the "next step in our educational move towards democracy". In 1926 he began moves to develop the concept of ''prachaphiban'', or "municipality", which had emerged late in the fifth reign as a law regarding public health and sanitation. Information was obtained regarding local self-government in surrounding countries, and proposals to allow certain municipalities to raise local taxes and manage their own budgets were drawn up. The fact that the public was not sufficiently educated to make the scheme work militated against the success of this administrative venture. Nevertheless, the idea of teaching the Siamese the concept of democracy through a measure of decentralisation of power in municipalities had become, in Prajadhipok's mind, fundamental to future policy-making. However, Yasukichi Yatabe, Japanese minister to Siam, criticized the King's way and that it would not be accomplished in a hundred years' time.