The International Criminal Court (ICC or ICCt) is an intergovernmental organization and international tribunal that sits in The Hague, Netherlands. The ICC is the first and only permanent international court with jurisdiction to prosecute individuals for the international crimes of genocide, crimes against humanity, war crimes and the crime of aggression. It is intended to complement existing national judicial systems and it may therefore exercise its jurisdiction only when national courts are unwilling or unable to prosecute criminals. The ICC lacks universal territorial jurisdiction, and may only investigate and prosecute crimes committed within member states, crimes committed by nationals of member states, or crimes in situations referred to the Court by the United Nations Security Council. The ICC began operations on 1 July 2002, upon the entry into force of the Rome Statute, a multilateral treaty that serves as the court's foundational and governing document. States which become party to the Rome Statute become members of the ICC, serving on the Assembly of States Parties, which administers the court. As of December 2020, there are 123 ICC member states; 42 states have neither signed nor become parties to the Rome Statute. The ICC has four principal organs: the Presidency, the Judicial Divisions, the Office of the Prosecutor and the Registry. The President is the most senior judge chosen by his or her peers in the Judicial Division, which hears cases before the Court. The Office of the Prosecutor is headed by the Prosecutor who investigates crimes and initiates criminal proceedings before the Judicial Division. The Registry is headed by the Registrar and is charged with managing all the administrative functions of the ICC, including the headquarters, detention unit, and public defense office. The Office of the Prosecutor has opened twelve official investigations and is also conducting an additional nine preliminary examinations. Thus far, 45 individuals have been indicted in the ICC, including Ugandan rebel leader Joseph Kony, former President Omar al-Bashir of Sudan, President Uhuru Kenyatta of Kenya, Libyan revolutionary Muammar Gaddafi, President Laurent Gbagbo of Ivory Coast and former Vice President Jean-Pierre Bemba of the Democratic Republic of the Congo. The ICC has faced a number of criticisms from states and society, including objections about its jurisdiction, accusations of bias, questioning of the fairness of its case-selection and trial procedures, as well as doubts about its effectiveness. 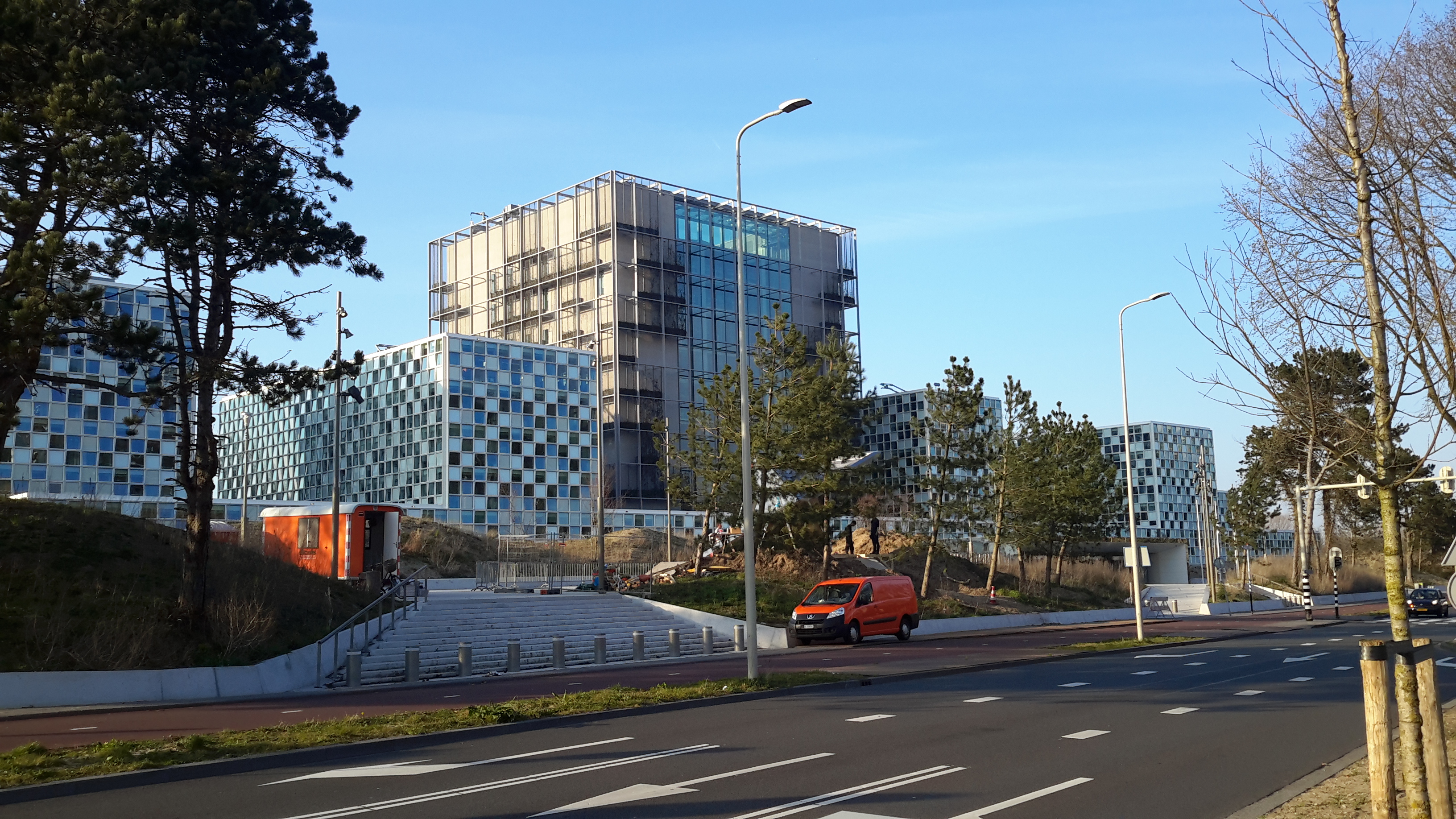 
Towards a permanent international criminal court

In June 1989 Prime Minister of Trinidad and Tobago, A. N. R. Robinson revived the idea of a permanent international criminal court by proposing the creation of such a court to deal with the illegal drug trade. Following Trinidad and Tobago's proposal, the General Assembly tasked the ILC with once again drafting a statute for a permanent court. While work began on the draft, the United Nations Security Council established two ''ad hoc'' tribunals in the early 1990s: The International Criminal Tribunal for the former Yugoslavia, created in 1993 in response to large-scale atrocities committed by armed forces during Yugoslav Wars, and the International Criminal Tribunal for Rwanda, created in 1994 following the Rwandan genocide. The creation of these tribunals further highlighted to many the need for a permanent international criminal court. In 1994, the ILC presented its final draft statute for the International Criminal Court to the General Assembly and recommended that a conference be convened to negotiate a treaty that would serve as the Court's statute. To consider major substantive issues in the draft statute, the General Assembly established the Ad Hoc Committee on the Establishment of an International Criminal Court, which met twice in 1995. After considering the Committee's report, the General Assembly created the Preparatory Committee on the Establishment of the ICC to prepare a consolidated draft text. From 1996 to 1998, six sessions of the Preparatory Committee were held at the United Nations headquarters in New York City, during which NGOs provided input and attended meetings under the umbrella organisation of the Coalition for the International Criminal Court (CICC). In January 1998, the Bureau and coordinators of the Preparatory Committee convened for an Inter-Sessional meeting in Zutphen in the Netherlands to technically consolidate and restructure the draft articles into a draft. Finally the General Assembly convened a conference in Rome in June 1998, with the aim of finalizing the treaty to serve as the Court's statute. On 17 July 1998, the Rome Statute of the International Criminal Court was adopted by a vote of 120 to seven, with 21 countries abstaining. The seven countries that voted against the treaty were China, Iraq, Israel, Libya, Qatar, the United States, and Yemen. Israel's opposition to the treaty stemmed from the inclusion in the list of war crimes "the action of transferring population into occupied territory". Following 60 ratifications, the Rome Statute entered into force on 1 July 2002 and the International Criminal Court was formally established. The first bench of 18 judges was elected by the Assembly of States Parties in February 2003. They were sworn in at the inaugural session of the Court on 11 March 2003. The Court issued its first arrest warrants on 8 July 2005, and the first pre-trial hearings were held in 2006. The Court issued its first judgment in 2012 when it found Congolese rebel leader Thomas Lubanga Dyilo guilty of war crimes related to using child soldiers. In 2010 the states parties of the Rome Statute held the first Review Conference of the Rome Statute of the International Criminal Court in Kampala, Uganda. The Review Conference led to the adoption of two resolutions that amended the crimes under the jurisdiction of the Court. Resolution 5 amended Article 8 on war crimes, criminalizing the use of certain kinds of weapons in non-international conflicts whose use was already forbidden in international conflicts. Resolution 6, pursuant to Article 5(2) of the Statute, provided the definition and a procedure for jurisdiction over the crime of aggression.


Opposition to the Court

During the administration of Barack Obama, US opposition to the ICC evolved to "positive engagement," although no effort was made to ratify the Rome Statute. The administration of Donald Trump was considerably more hostile to the Court, threatening prosecutions and financial sanctions on ICC judges and staff in US courts as well as imposing visa bans in response to any investigation against American nationals in connection to alleged crimes and atrocities perpetrated by the US in Afghanistan. The threat included sanctions against any of over 120 countries which have ratified the Court for cooperating in the process. Following the imposition of sanctions on 11 June 2020 by the Trump administration, the court branded the sanctions an "attack against the interests of victims of atrocity crimes" and an "unacceptable attempt to interfere with the rule of law". The UN also regretted the effect sanctions may have on trials and investigations underway, saying its independence must be protected. In October 2016, after repeated claims that the court was biased against African states, Burundi, South Africa and the Gambia announced their withdrawals from the Rome Statute. However, following Gambia's presidential election later that year, which ended the long rule of Yahya Jammeh, Gambia rescinded its withdrawal notification. A decision by the High Court of South Africa in early 2017 ruled that the attempted withdrawal was unconstitutional, as it had not been agreed by Parliament, prompting the South African government to inform the UN that it was revoking its decision to withdraw. In November 2017, Fatou Bensouda advised the court to consider seeking charges for human rights abuses committed during the War in Afghanistan such as alleged rapes and tortures by the United States Armed Forces and the Central Intelligence Agency, crime against humanity committed by the Taliban, and war crimes committed by the Afghan National Security Forces. John Bolton, National Security Advisor of the United States, stated that ICC Court had no jurisdiction over the US, which did not ratify the Rome Statute. In 2020, overturning the previous decision not to proceed, senior judges at the ICC authorized an investigation into the alleged war crimes in Afghanistan. However, in June 2020, the decision to proceed led Trump administration to power an economic and legal attack on the court. “The US government has reason to doubt the honesty of the ICC. The Department of Justice has received substantial credible information that raises serious concerns about a long history of financial corruption and malfeasance at the highest levels of the office of the prosecutor,” Attorney General William Barr said. The ICC responded with a statement expressing "profound regret at the announcement of further threats and coercive actions." "These attacks constitute an escalation and an unacceptable attempt to interfere with the rule of law and the Court’s judicial proceedings", the statement said. "They are announced with the declared aim of influencing the actions of ICC officials in the context of the court’s independent and objective investigations and impartial judicial proceedings." Following the announcement that the ICC would open a preliminary investigation on the Philippines in connection to its escalating drug war, President Rodrigo Duterte announced on 14 March 2018 that the Philippines would start to submit plans to withdraw, completing the process on 17 March 2019. The ICC pointed out that it retained jurisdiction over the Philippines during the period when it was a state party to the Rome Statute, from November 2011 to March 2019. On 30 September 2020, prominent United States human rights lawyers announced that they would sue Trump and his Administration, including Secretary of State Mike Pompeo, Treasury secretary Steven Mnuchin, attorney general William Barr, and OFAC director Andrea Gacki, and the departments they head, on the grounds that Trump's executive order had gagged them, violating their right to free speech, and impeded their work in trying to obtain justice on behalf of victims of war crimes. One of the plaintiffs, Diane Marie Amann, stated that, as a result of sanctions against the chief prosecutor at the ICC, she herself risked having her family assets seized if she continued to work for children who are bought and sold by traffickers, killed, tortured, sexually abused and forced to become child soldiers. However, on January 4, 2021 U.S. District Judge Katherine Polk Failla in Manhattan issued a preliminary injunction against the White House (and its Executive Order 13928 that was issued in June 2020 from President Donald Trump) from imposing criminal or civil penalties against four law professors.

The ICC is governed by the Assembly of States Parties, which is made up of the states that are party to the Rome Statute. The Assembly elects officials of the Court, approves its budget, and adopts amendments to the Rome Statute. The Court itself, however, is composed of four organs: the Presidency, the Judicial Divisions, the Office of the Prosecutor, and the Registry.

The Court's management oversight and legislative body, the Assembly of States Parties, consists of one representative from each state party. Each state party has one vote and "every effort" has to be made to reach decisions by consensus.