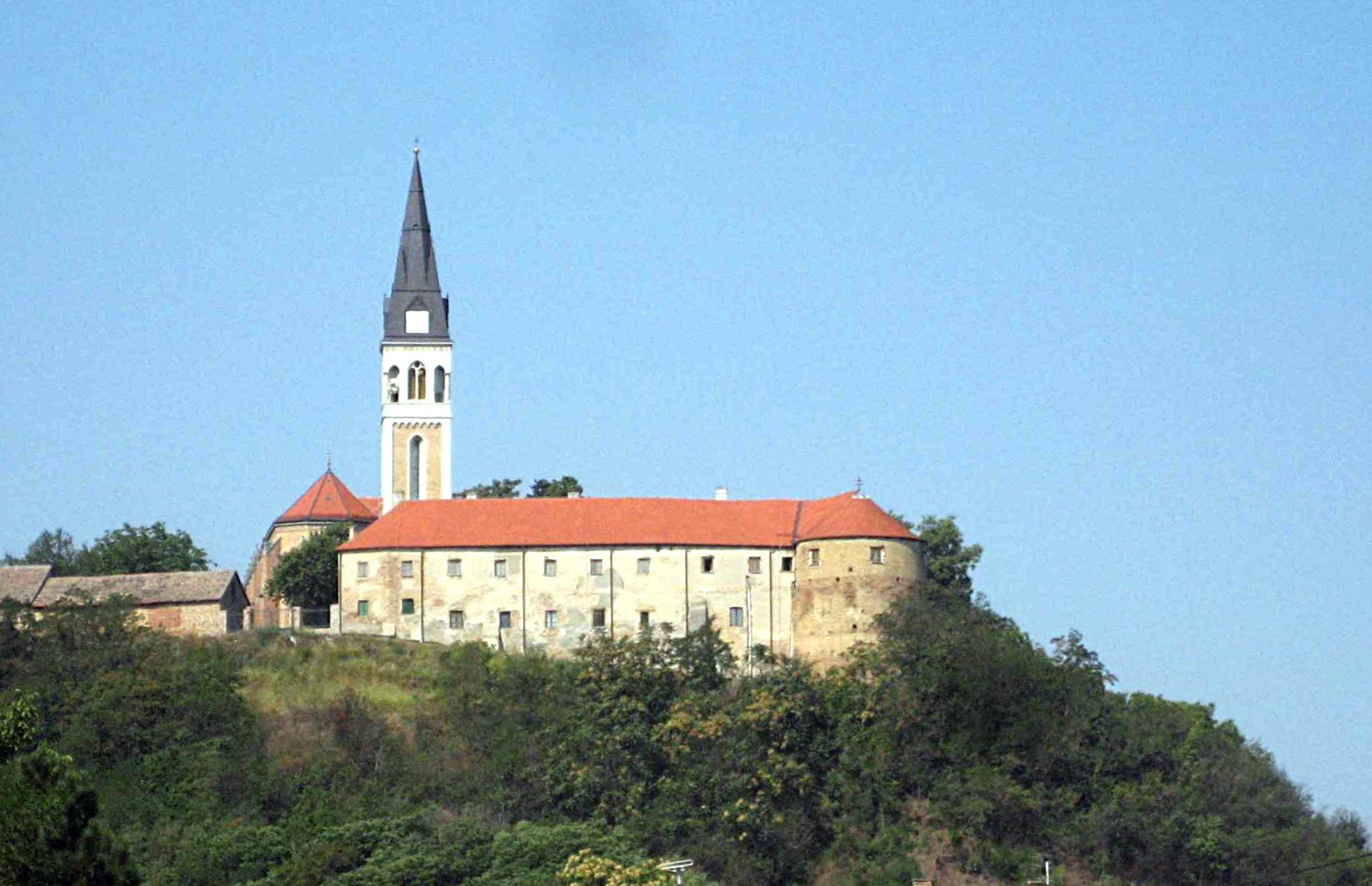 Ilok () is the easternmost town in Croatia. Located in the Syrmia region, it lies on a hill overlooking the Danube river, which forms the border with the Bačka region of Serbia. The population of the settlement of Ilok is 5,072, while the total town population is 6,767 (census 2011). The town is home to a Franciscan monastery and Ilok Castle, which is a popular day trip for domestic tourists.

In Croatian, the town is known as ''Ilok'', in German as ''Illok'', in Hungarian as ''Újlak'', in Serbian Cyrillic as Илок and in Turkish as ''Uyluk''. In Hungarian language "Újlak" means "new dwelling or lodge".

The area of present-day Ilok was populated since the neolithic and Bronze Ages. One Scordisci archaeological site dating back to late La Tène culture was excavated in the 1970s and 1980s as a part of rescue excavations in eastern Croatia. The Romans settled there in the 1st or 2nd century and built Cuccium, the first border fortification on the Danube. The Slavs settled here in the 6th century. The area was later ruled by the Bulgarian Empire, with a period of Frankish and Croat rule under Ljudevit Posavski, but after that the Bulgarians return, and stayed there until it was included into the medieval Kingdom of Hungary. In 12th and 13th centuries the market-town of Ilok was mentioned in documents under various names (Iwnlak, Vilak, Vylok, Wyhok, Wylak). At the end of the 13th century, Hungarian kings gave the Vylak castrum to the powerful Csák noble family. In the 13th and 14th centuries, Ilok was a capital of the semi-independent medieval state of Upper Syrmia ruled by Ugrin Csák. After 1354, the town of Ilok belonged to Nicholas and Paul Garay (in Croatian references Gorjanski), and then to Nicholas Kont of Orahovica and his descendants, among which was his great-grandson Nicholas and the last member of the Iločki family - Laurence of Ilok. Nicholas of Ilok was the Ban of All Slavonia from 1457–63, and his son, Laurence was a duke of Syrmia from 1477 to 1524. In 1526, the town came under Ottoman rule. During this time, it was mainly populated by Muslims. In 1566-69, Ilok had 238 Muslim and 27 Christian houses. In 1572, it had 386 Muslim, and 18 Christian houses. In 1669, the population of Ilok numbered 1,160 houses, and town possessed two mosques. It was kaza centre in Sanjak of Syrmia. Habsburg army firstly occupied Ilok in 1688, but Ottomans recaptured it in 1690. In 1697, Habsburg army definitively retook Ilok from the Ottomans and the Muslim population fled. During the Habsburg rule, Ilok belonged to the Kingdom of Slavonia, a Habsburg province that belonged to both the Kingdom of Croatia, and the Kingdom of Hungary. Between 1849-68, the Kingdom of Slavonia was completely separate Habsburg crownland, and in 1868 it was joined with the Kingdom of Croatia to form the Kingdom of Croatia-Slavonia. In the late 19th and early 20th century, Ilok was a district capital in the Syrmia County of the Kingdom of Croatia-Slavonia. In 1918, Ilok first became part of the State of Slovenes, Croats and Serbs, and then part of the Kingdom of Serbs, Croats and Slovenes (in 1929 renamed Kingdom of Yugoslavia). From 1929-39, Ilok was part of the Danube Banovina and, from 1939–41, of the Banovina of Croatia within the Kingdom of Yugoslavia. Between 1941-44, during the Axis occupation of Yugoslavia, it belonged to the Independent State of Croatia. From 1945 onward, it was part of the People's Republic of Croatia within Socialist Yugoslavia. On 17 October 1991 during the beginning of the Croatian War of Independence, non-Serbs fled as the Yugoslav National Army led by Serbs paramilitaries occupied the area, but spared it from destruction due to its rapid surrounding and occupation. Between 1991-95, Ilok was part of the Republic of Serb Krajina. The area was peacefully reintegrated into Croatia in 1998. Ilok is underdeveloped municipality which is statistically classified as the First Category Area of Special State Concern by the Government of Croatia.

According to the 2011 census, the Town of Ilok had 6,767 inhabitants. Note: ''It became independent administrative unit (town) in 2001 census, from the old Municipality of Vukovar.''

According to the 2011 census, settlement of Ilok had 5,072 inhabitants.