Ifriqiya ( '), also known as al-Maghrib al-Adna ( ar, المغرب الأدنى), was a medieval historical region comprising today's Tunisia and eastern Algeria, and Tripolitania (today's western Libya). It included all of what had previously been the Byzantine province of Africa Proconsularis and extended beyond it, but did not include the Mauretanias. To the south Ifriqiya was bounded by the semi-arid lands and salt marshes named el-Djerid. The northern boundary fluctuated from as far north as Sicily to the North African coastline, and the western boundary usually reached Béjaïa. The capital was briefly Carthage, then Kairouan, Qayrawan (Kairouan), then Mahdia, then Tunis. The Aghlabids, from their base in Kairouan, initiated the invasion of Southern Italy beginning in 827, and established the Emirate of Sicily and Emirate of Bari which lasted until it was conquered by the Normans.

The province of Ifriqiya was created in 703 CE when the Umayyads seized Africa from the Byzantine Empire. Although Islam existed throughout the province there was still considerable religious tension and conflict between the invading Arabs and the native Berbers. The beliefs and perceptions of people also shifted from area to area. This contrast was at its greatest between coastal cities and villages. Muslim ownership of Ifriqiya changed hands numerous times in its history with the collapse of the Umayyads paving the way for the Aghlabids, who acted as agents of the Abbasids in Baghdad. They were then overthrown by the Fatimids in 909, when they lost their capital of Raqqada and the Fatimids went on to control all of Ifriqiya in 969, when they took control of Egypt. The Fatimids slowly lost control over Ifriqiya as their regents, the Zirids, became more and more autonomous until the mid-11th century when they fully separated. Religious divisions paved the way for the Almohads to take over western Ifriqiya (Maghreb) in 1147 and all of Ifriqiya by 1160. This empire was to last till the early 13th century where it was then replaced by the Hafsids, an influential clan that boasted many of Ifriqiya's governors. The Hafsids in 1229 declared their independence from the Almohads and organized themselves under Abu Zakariya, who built the Hafsid empire around its new capital, Tunis. Records of Arabic oral traditions imply that the Muslims first migrated to Africa feeling persecuted in their Arab homeland. However, Muslim military incursions into Africa began around seven years after the death of the islamic prophet Muhammad in 632. This campaign into Africa was led by the General Amr ibn al-As and Muslim control of Africa rapidly spread after the initial seizure of Alexandria. Islam slowly took root in the East African coast due to cross-cultural links established between Muslim traders and the natives of the African coast. The political situation in Islamic Africa was like any other, filled with a chaotic and constant power struggle between movements and dynasties. A key factor in the success of any hopeful party was securing the wealth to fund a push for dominance. One source of great wealth was the lucrative gold-mining areas of Sub-Saharan Africa. The existence of these gold mines made expansion into Africa very worthwhile. The Muslim Empires pushed for influence and control of both the Northern and Southern parts of Africa. By the end of the 11th century Islam had firmly established itself along the Mediterranean. The Muslims, like the Europeans, felt the brutal effects of the Black Death in the 14th century when it arrived in Western Africa (Maghreb) through Europe. Maghreb and Ifriqiya at large were largely under the rule of the Ottoman Empire from the 16th to the 18th century. Around the end of the 19th century, Islam accounted for 1/3rd of the religious population of Africa.

A hundred years after the islamic prophet Muhammad's death, the Arab world had expanded as far as the Indus River, thus extending their empire across Asia, Africa and Europe. Arab merchants wayfarers, and clerics began spreading Islam along the coast and into regions such as Sudan. Islam first took root with Sudanese merchants due to their increased interaction with Muslims. They were then followed by several rulers who in turn converted entire countries, such as Ghana, in the eleventh century and Mali in the thirteenth century. Due to the way in which Islam entered the African world, a large part of the rural population remained outside the Muslim realm. The spread of Islam was given new life in the eleventh century when an Islamic fundamentalist group of Berber nomads known as the Almoravid dynasty, Almoravids took control of the western Islamic empire. While Islam did spread throughout most of Africa it is important to note that it was a highly erratic process that occurred over a long period of time and was not constant or rapid.

In some areas such as Ghana, the presence of Muslims led to the founding of several mosques. It is believed that the Sudano-Sahelian architecture, Sudano Sahelian style of building was engineered by Malian king Musa I of Mali, Mansa Musa, who brought back an architect from his pilgrimage to Mecca whose name was Al-Sahili. Musa's brother was instrumental in the construction of new mosques throughout the empire and established religious centres of learning to aid new and old converts in their empire. Timbuktu was one such religious centre, responsible for much of the commercial and intellectual advancement in the Mali empire. In the 16th century many of the Muslim scholars in Timbuktu hailed from Sudan. Arabic seeped into Africa and merged with Bantu to create Swahili. It is also believed that conversion was a useful way to avoid being captured and sold into slavery in the lucrative market between Lake Chad and the Mediterranean. For African leaders conversion was more of a political tool to gain support and legitimacy from the powerful Arabs whose endorsement would be useful in stamping out their enemies. However, not all tribes readily accepted Islam and the Arabs as their superiors. The Mossi who resided in modern-day Burkina Faso along with the Bamana empire in Mali expressed fierce resistance to Islam. Eventually, exposure to Islam led to the creation of an African strain of Islam with its own unique practices and rituals.

The Islamic prohibition on the depiction of people and animals was accommodated and integrated into African culture. The charisma of early Muslim clerics in Africa drew swathes of people to Islam. These clerics who were known as marabouts, began producing amulets that contained verses from the Quran. These amulets gradually replaced the role of talismans in African cultures. The emphasis on avoiding representations of living beings reinforced reliance on geometric designs to create intricate patterns for textiles and other crafted goods. Masquerades were another art form that existed in Islamic Africa and they were performed in royal courts in countries such as Mali. However, the most noticeable Islamic impression was left on the architecture of Africa, mosques especially. Islamic civilization crashed into Africa and morphed into a hallmark of cultural diversity and this is reflected nowhere better than in the multitudes of mosques all across Africa.

Constantine the African was a scholar who was born in Carthage and migrated to Sicily in the 11th century. Constantine traveled through places such as Cairo, India and Ethiopia, and his knowledge of numerous languages helped him interpret many academic texts. His greatest work came when he joined the Benedictines, Benedictine monastery at Monte Cassino, where he translated over 30 books, including works by Isaac the Jew, one of the most accomplished physicians in the Western Caliphate. He translated Muslim books on Greek medicine from Arabic to Latin, opening Europe up to a wave of medical knowledge they had had little access to before. His book ''The Total Art'' is based on ''The Royal Book'' by Persian physician 'Ali ibn al-'Abbas al-Majusi, Ali ibn al Abbas.

Ibn Khaldun, a historian born in Tunis, was one of the most prolific academics of the Middle Ages. Ibn Khaldun's book ''Muqaddimah, Muqadimmah'' influenced waves of writers in Egypt, Turkey, and France from the 15th through 19th centuries. Ibn Khaldun served in numerous political positions in al Andalus and Al Maghreb. He fell in and out of favor with the many different powers that rose and fell in Ifriqiya. In the latter 14th century Ibn Khaldun took refuge with a tribe in Algeria and began his four-year endeavor to write an introduction to history, ''Muqadimmah''. Volume I laid the groundwork for sociology, while the two volumes that followed explored the world of politics, subsequent books explored many different themes such as urban life, economics and the study of knowledge. He spent his later years as a judge of the Maliki fiqh in Egypt where he took his work very seriously, evaluating each case on its merits and constantly trying to eradicate flaws that he discovered in the judicial system. His somewhat strict approach to Islamic laws made some Egyptians uneasy, so he eventually left his position and traveled through the eastern reaches of the Arab world. In 1400, he parleyed outside Damascus with Timur, who was in awe of his wisdom. He managed to secure safe passage for many of the inhabitants of Damascus but could not save the city or its mosque from being sacked. After this, he went to Cairo and spent the remainder of his years in relative peace and quiet. He died in 1406 and was buried outside Cairo. 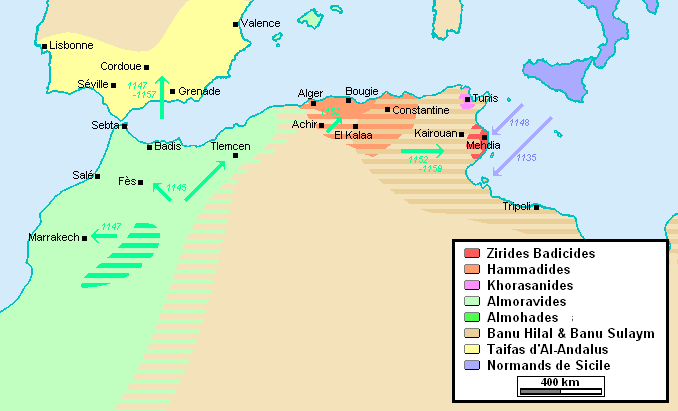 Italo-Norman, Norman kings of the Kingdom of Africa (Ifriqiya) 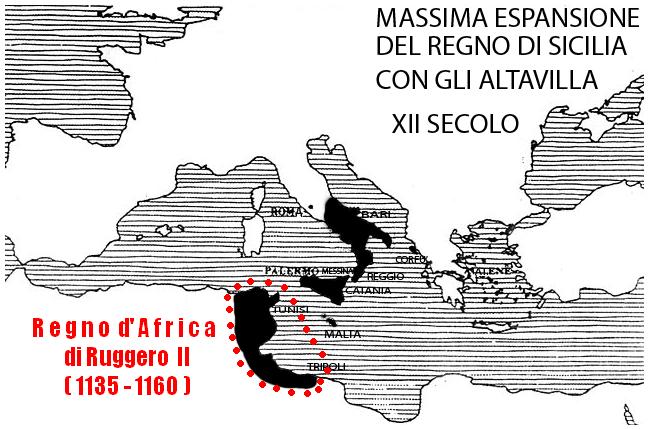