The GLAAD Media Award is an accolade bestowed by the Gay & Lesbian Alliance Against Defamation (
GLAAD GLAAD is an American non-governmental media monitoring organization, founded as a protest against defamatory coverage of LGBT people. Its agenda has since extended to the entertainment industry and its portrayal of these groups. The movement is n ...
) to recognize and honor various branches of the media for their outstanding representations of the
lesbian A lesbian is a homosexual woman.Zimmerman, p. 453. The word ''lesbian'' is also used for women in relation to their sexual identity or sexual behavior, regardless of sexual orientation, or as an adjective to characterize or associate nouns ...
, gay,
bisexual A bisexual pride flag Bisexuality is romantic attraction, sexual attraction, or sexual behavior toward both males and females, or to more than one sex or gender. It may also be defined as romantic or sexual attraction to people of any sex or ...
and
transgender Transgender people have a gender identity or gender expression that differs from the sex that they were assigned at birth. Some transgender people who desire medical assistance to transition from one sex to another identify as transsexual.R Poll ...
(
LGBT ' or ' is an initialism that stands for lesbian, gay, bisexual, and transgender. In use since the 1990s, the term is an adaptation of the initialism ', which began to replace the term ''gay'' in reference to the broader LGBT community beginning ...
) community and the issues that affect their lives. In addition to film and television, the Awards also recognize achievements in other branches of the media and arts, including theatre, music, journalism and advertising. Honorees are selected by a process involving over 700 GLAAD Media Award voters and volunteers and are evaluated using four criteria: "Fair, Accurate and Inclusive Representations" of the LGBT community, "Boldness and Originality" of the project, significant "Cultural Impact" on mainstream culture, and "Overall Quality" of the project. Results are then certified by a "Review Panel" who determine the final list of recipients based on voting results and their own "expert opinions". The
1st GLAAD Media Awards The 1st GLAAD Media Awards was held on April 29, 1990 at the Time & Life Building, New York City to honor “fair, accurate and inclusive” representations of gay individuals in the media during the 1989 season. This first year was small and low ...
ceremony honoring the 1989 season was held in 1990, and recognized 34 nominees in 7 competitive categories.

The first GLAAD Media Awards were presented by the
Gay & Lesbian Alliance Against Defamation GLAAD is an American non-governmental media monitoring organization, founded as a protest against defamatory coverage of LGBT people. Its agenda has since extended to the entertainment industry and its portrayal of these groups. The movement is n ...
in 1990 to honor the 1989 season, and were envisioned as a way to recognize various branches of the media for their fair, accurate and inclusive representations of the lesbian, gay, bisexual and transgender community and the issues that affect their lives. The 1st Annual Awards ceremony recognized 34 nominees in 7 competitive categories and was a relatively "small" affair. At the 20th Annual Awards ceremony presented in 2009, GLAAD Award Honoree,
Phil Donahue Phillip John Donahue (born December 21, 1935) is an American media personality, writer, film producer and the creator and host of ''The Phil Donahue Show''. The television program, later known simply as ''Donahue'', was the first talk show format ...
said of the first Annual ceremony: “It’s unbelievable to think about the power and the warp speed of this revolution. Twenty years ago when I proudly accepted the first GLAAD Media Award…it was a very small crowd. There are more photographers here tonight than there were people then". For the first six years, winners were announced prior to the ceremony. Beginning with the 7th Annual Awards held in 1996, the change was made to its current format, announcing the winners in competitive categories at the ceremony. The 15th Annual Awards held in 2004 marked the first year nominations were expanded to recognize media in Spanish-language categories. The 16th Annual Awards held in 2005 marked the first year that the ceremonies were televised, first airing on the LGBT-themed
Logo upChiswick_Press.html"_style="text-decoration:_none;"class="mw-redirect"_title="Coat_of_arms_of_the_Chiswick_Press">Coat_of_arms_of_the_Chiswick_Press_ A_logo_(abbreviation_of_logotype,_from__el.html" style="text-decoration: none;"class="mw ...
channel on July 24, 2005.

The original GLAAD Media Award stood approximately 6-inches (15 cm) tall, consisting of a flat, 5-inch (13 cm) square-shaped
crystal A crystal or crystalline solid is a solid material whose constituents (such as atoms, molecules, or ions) are arranged in a highly ordered microscopic structure, forming a crystal lattice that extends in all directions. In addition, macrosco ...
sculpture with a design of five concentric circles on a "newsprint" background. The sculpture was traditionally etched with the year it was presented followed by the words "GLAAD Media Award" and was mounted perpendicular to its flat,
quadrant Quadrant may refer to: Companies * Quadrant Cycle Company, 1899 manufacturers in Britain of the Quadrant motorcar * Quadrant (motorcycles), one of the earliest British motorcycle manufacturers, established in Birmingham in 1901 * Quadrant Private ...
shaped base. The award remained unchanged until 2009, when an all new statuette designed by David Moritz of
Society Awards Society Awards is an American company best known for its YouTube awards and manufacturing of high-profile entertainment industry awards, including the Emmy Award, Golden Globe Award, and GLAAD Media Award, among others. History Society Awards was ...
was unveiled for the 20th annual GLAAD Media Awards ceremonies. The current statuette stands 12-inches (30.5 cm) tall, consisting of a 9-inch (23 cm) die-cast
zinc Zinc is a chemical element with the symbol Zn and atomic number 30. Zinc is a slightly brittle metal at room temperature and has a silvery-greyish appearance when oxidation is removed. It is the first element in group 12 (IIB) of the periodic t ...
sculpture, hand finished with a satin texture, plated with a nickel and
rhodium Rhodium is a chemical element with the symbol Rh and atomic number 45. It is an extraordinarily rare, silvery-white, hard, corrosion-resistant, and chemically inert transition metal. It is a noble metal and a member of the platinum group. It has ...
finish, and mounted on a 3-inch (7.6 cm) tall, black-stained
ash Ash or ashes are the solid remnants of fires. Specifically, ''ash'' refers to all non-aqueous, non-gaseous residues that remain after something burns. In analytical chemistry, to analyse the mineral and metal content of chemical samples, ash is ...
,
trapezoidal In Euclidean geometry, a convex quadrilateral with at least one pair of parallel sides is referred to as a trapezium () in English outside North America, but as a trapezoid () in American and Canadian English. The parallel sides are called th ...

Nominees are selected by GLAAD "Nominating Juries" consisting of over 90 volunteers with interest and expertise in the particular category they are judging. Nominating Juries may select up to five nominees in each category. If no projects are deemed worthy of nomination in a particular category, the jury may choose to not award that category. At the end of the year, the Nominating Juries submit their list of recommended nominees to GLAAD's staff and Board of Directors for approval. In addition to media monitoring by the juries, GLAAD issues a "Call for Entries", inviting media outlets to submit their work for consideration, however, GLAAD may nominate a mainstream media project even if it is not submitted as part of the call for entries. GLAAD does not monitor media created by and for the LGBT community for defamation, therefore media outlets created by and for an LGBT audience must submit in order to be considered for nomination. Candidates considered for nomination are evaluated using four criteria: "Fair, Accurate and Inclusive Representations", meaning that the diversity of the LGBT community is represented, "Boldness and Originality", meaning the project breaks new ground by exploring LGBT subject matter in non-traditional ways, "Cultural Impact", meaning the project impacts an audience that may not regularly be exposed to LGBT issues, and "Overall Quality", meaning a project of extremely high quality which adds impact and significance to the images and issues portrayed.

Over 600 GLAAD Media Award voters participate in the selection of Honorees from the pool of Nominees in each category via online balloting. Voters are made up of three groups: GLAAD staff and board, GLAAD Alliance and Media Circle members, and GLAAD volunteers & allies (which include former Honorees, media industry allies, volunteers from the "Nominating Juries" and "Event Production Teams"). These results are then reviewed for certification by a "Review Panel" which consists of the GLAAD Board co-chairs, senior GLAAD program and communications staff, and media industry experts. Members of the Review Panel are expected to view all of the nominees in each category, and the final list of award recipients is determined by the Review Panel based on the results of the online balloting and their own "expert opinions". 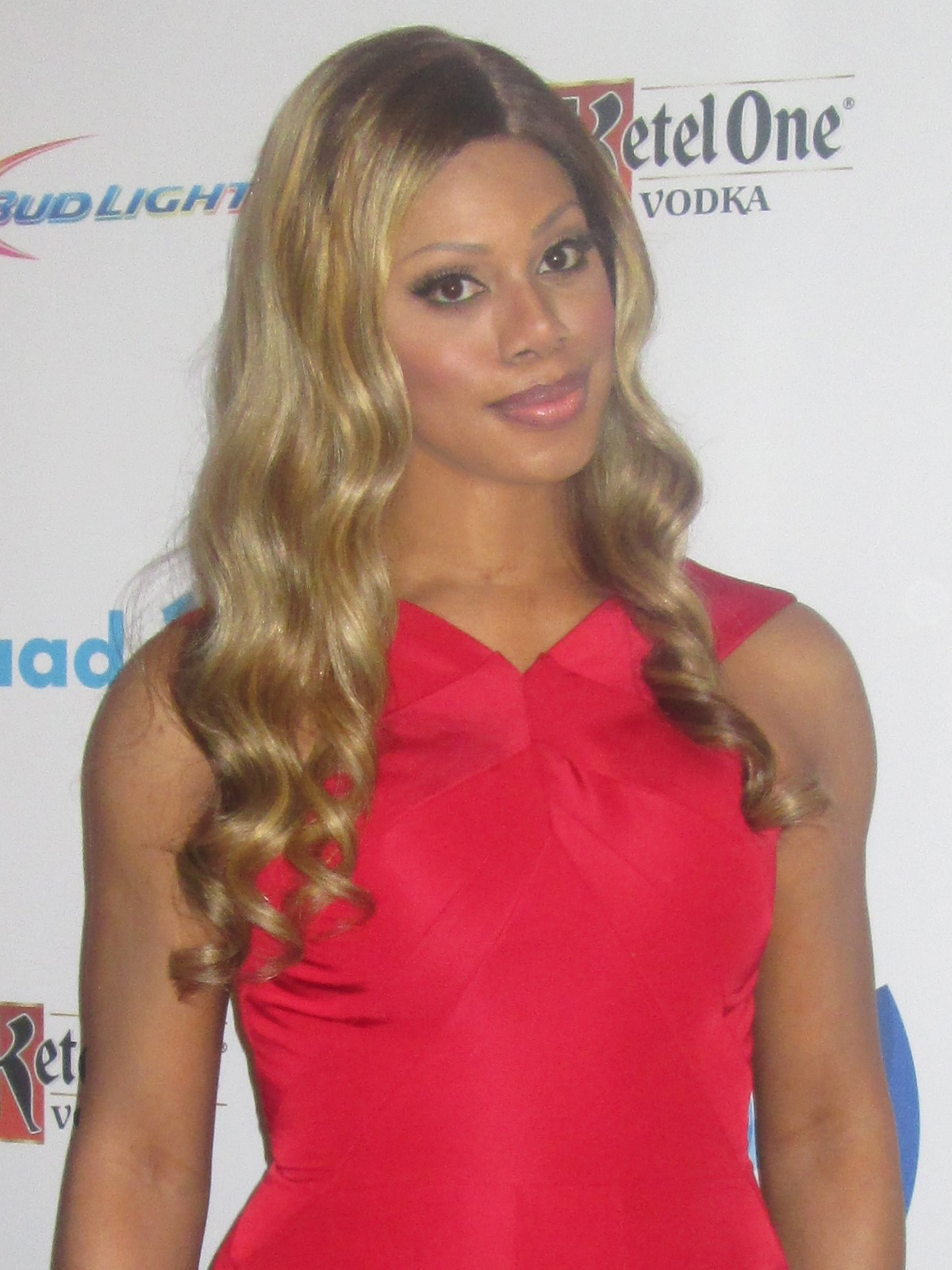 Award recipients are announced at the annual GLAAD Media Awards banquet ceremonies usually held in New York, Los Angeles, and San Francisco to honor achievements from January 1 to December 31 of the previous calendar year. Over the years, ceremonies have also been held in Washington, D.C. and Miami. Each year's hosts and presenters are usually selected from former Honorees, celebrities and/or prominent public figures known for their contributions to the LGBT community. The announcement of award recipients in all competitive categories is withheld until the ceremonies. Although presented annually in three cities, time constraints dictate that not all of the awards are presented onstage. Categories presented onstage in their respective cities are chosen to reflect the range of GLAAD's work with the media, representing a mix of entertainment, news, and Spanish-language awards. Recipients who are not announced onstage are instead announced by a listing in the ceremony's program book. The 16th Annual Awards held in 2005 were the first year that the ceremonies were televised, first airing on the
Logo upChiswick_Press.html"_style="text-decoration:_none;"class="mw-redirect"_title="Coat_of_arms_of_the_Chiswick_Press">Coat_of_arms_of_the_Chiswick_Press_ A_logo_(abbreviation_of_logotype,_from__el.html" style="text-decoration: none;"class="mw ...
channel on July 24, 2005. Logo continued to air the telecast annually, editing together each city's respective ceremonies for each year into one annual show, as well as airing a retrospective special in 2005 titled "The Best of the GLAAD Media Awards" which documented the history of the first 15 years of the Awards. Logo ceased to televise the ceremony in 2008 when the Bravo (US TV channel), Bravo network acquired exclusive broadcast rights to air the 19th Annual Awards telecast.