Fort Knox is a United States Army installation in Kentucky, south of Louisville and north of Elizabethtown. It is adjacent to the United States Bullion Depository, which is used to house a large portion of the United States' official gold reserves, and with which it is often conflated. The 109,000 acre (170 sq mi (441 km2)) base covers parts of Bullitt, Hardin and Meade counties. It currently holds the Army Human Resources Center of Excellence, including the Army Human Resources Command. It is named in honor of Henry Knox, Chief of Artillery in the American Revolutionary War and the first United States Secretary of War. For 60 years, Fort Knox was the home of the U.S. Army Armor Center and the U.S. Army Armor School, and was used by both the Army and the Marine Corps to train crews on the American tanks of the day; the last was the M1 Abrams main battle tank. The history of the U.S. Army's Cavalry and Armored forces, and of General George S. Patton's career, is shown at the General George Patton Museum on the grounds of Fort Knox. In 2011, the U.S. Army Armor School moved to Fort Benning, Georgia, where the Infantry School is also based. In 2014, the U.S. Army Cadet Command relocated to Fort Knox and all summer training for ROTC cadets now takes place there. 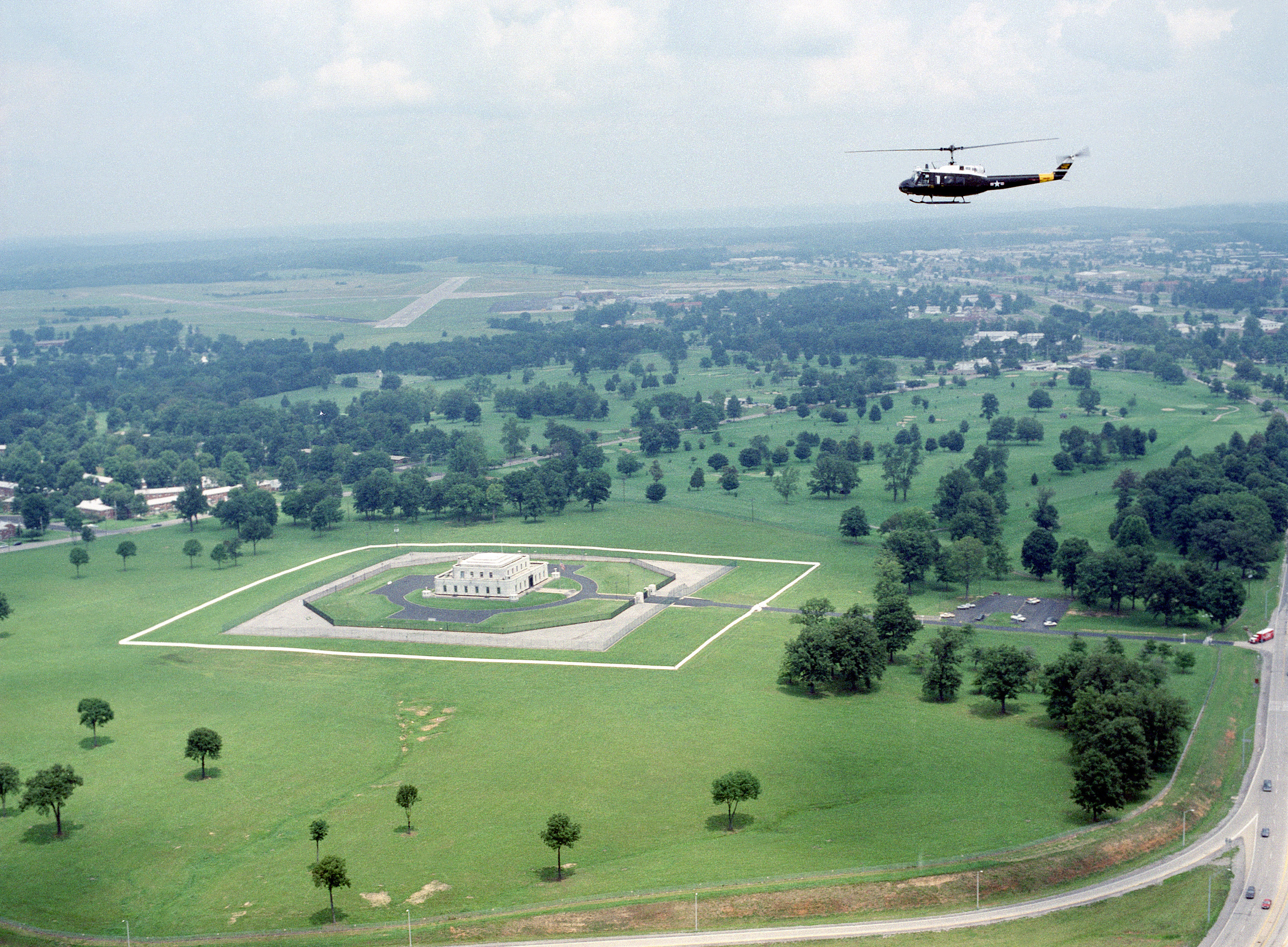 The George S. Patton Museum and Center of Leadership at Fort Knox includes an exhibit highlighting leadership issues that arose from the attacks of September 11, 2001, which includes two firetrucks. One of them, designated Foam 161, was partially charred and melted in the attack upon the Pentagon. Fort Knox is also the location of the United States Army's Human Resources Command's Timothy Maude Center of Excellence, which was named in honor of Lieutenant General Timothy Maude, the highest-ranking member of the U.S. military to die in the attacks of 11 September 2001. In 2011, the U.S. Army Armor School was relocated to "The Maneuver Center of Excellence" at FT Benning, GA.1

Fortifications were constructed near the site in 1861, during the Civil War when Fort Duffield was constructed. Fort Duffield was located on what was known as Muldraugh Hill on a strategic point overlooking the confluence of the Salt and Ohio Rivers and the Louisville and Nashville Turnpike. The area was contested by both Union and Confederate forces. Bands of organized guerrillas frequently raided the area during the war. John Hunt Morgan and the 2nd Kentucky Cavalry Regiment of the Confederate Army raided the area before staging his famous raid across Indiana and Ohio.

After the war, the area now occupied by the Army was home to various small communities. In October 1903, military maneuvers for the Regular Army and the National Guards of several states were held at West Point, Kentucky and the surrounding area. In April 1918, field artillery units from Camp Zachary Taylor arrived at West Point for training. near the village of Stithton were leased to the government and construction for a permanent training center was started in July 1918.

The new camp was named after Henry Knox, the Continental Army's chief of artillery during the Revolutionary War and the country's first Secretary of War. The camp was extended by the purchase of a further in June 1918 and construction properly began in July 1918. The building program was reduced following the end of the war and reduced further following cuts to the army in 1921 after the National Defense Act of 1920. The camp was greatly reduced and became a semi-permanent training center for the 5th Corps Area for Reserve Officer training, the National Guard, and Citizen's Military Training Camps (CMTC). For a short while, from 1925 to 1928, the area was designated as "Camp Henry Knox National Forest." 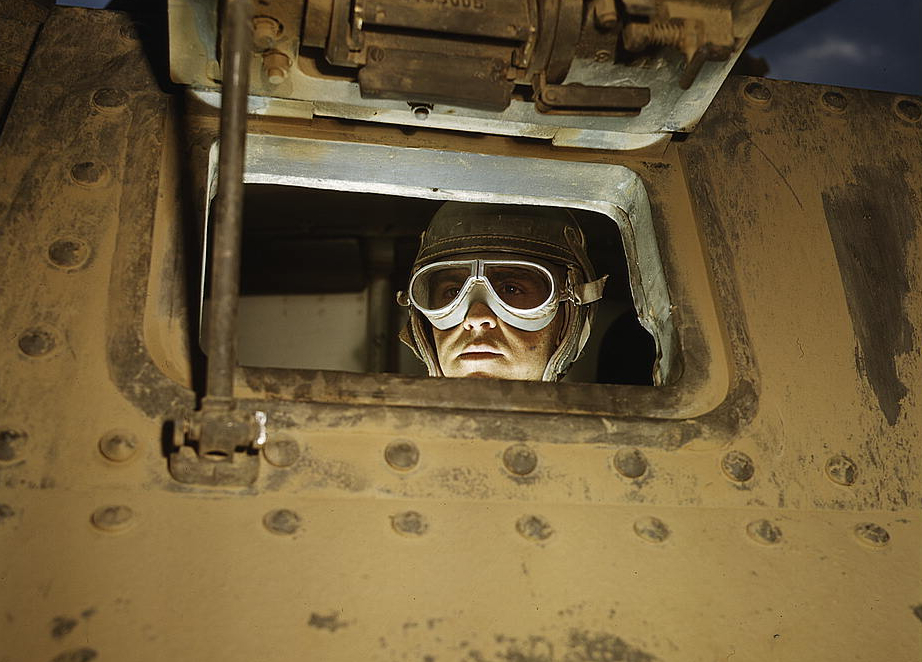 For protection after the Japanese attack on Pearl Harbor in 1941, the Declaration of Independence, the Constitution of the United States and the Gettysburg Address were all moved for safekeeping to the United States Bullion Depository until Major W. C. Hatfield ordered their release after the D-Day Landings on 19 September 1944. 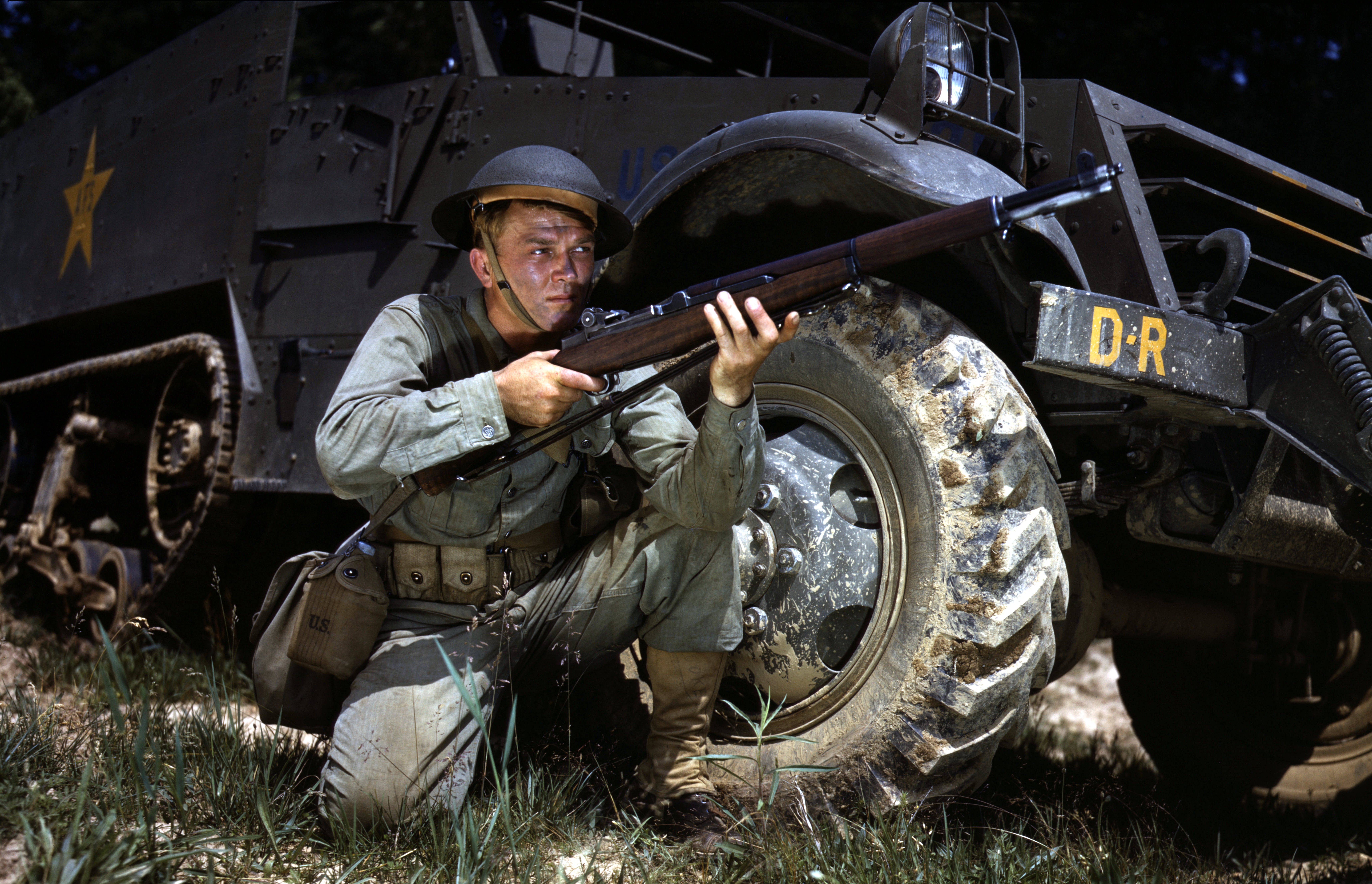 In 1931 a small force of the mechanized cavalry was assigned to Camp Knox to use it as a training site. The camp was turned into a permanent garrison in January 1932 and renamed Fort Knox. The 1st Cavalry Regiment arrived later in the month to become the 1st Cavalry Regiment (Mechanized). In 1936 the 1st was joined by the 13th to become the 7th Cavalry Brigade (Mechanized). The site quickly became the center for mechanization tactics and doctrine. The success of the German mechanized units at the start of World War II was a major impetus to operations at the fort. A new Armored Force was established in July 1940 with its headquarters at Fort Knox with the 7th Cavalry Brigade becoming the 1st Armored Division. The Armored Force School and the Armored Force Replacement Center were also sited at Fort Knox in October 1940, and their successors remained there until 2010, when the Armor School moved to Fort Benning, Georgia. The site was expanded to cope with its new role. By 1943, there were 3,820 buildings on . A third of the post has been torn down within the last ten years, with another third slated by 2010.

In 1947, Fort Knox hosted the Universal Military Training Experimental Unit, a six-month project that aimed to demonstrate the feasibility and effectiveness of providing new 18-20 year-old Army recruits with basic military training that emphasized physical, mental, and spiritual well-being. This project was undertaken with the aim of persuading the public to support President Harry S. Truman's proposal to require all eligible American men to undergo universal military training. ''Stripes'' (1981) was filmed using the exterior of Fort Knox but did not show the inside of the facility for security reasons.

On 18 October 1993, Arthur Hill went on a shooting rampage, killing three and wounding two before attempting suicide, shooting and severely wounding himself. The shooting occurred at Fort Knox's Training Support Center. Prior to the incident, Hill's coworkers claimed they were afraid of a mentally unstable person who was at work. Hill died on 21 October of his self-inflicted gunshot wound.

On 3 April 2013, a civilian employee was shot and killed in a parking lot on post. The victim was an employee of the United States Army Human Resources Command and was transported to the Ireland Army Community Hospital, where he was pronounced dead. This shooting caused a temporary lock-down that was lifted around 7 p.m. on the same day. U.S. Army Sgt. Marquinta E. Jacobs, a soldier stationed at Fort Knox, was charged on 4 April with the shooting. He pleaded guilty to charges of premeditated murder and aggravated assault, and was sentenced to 30 years in prison on 10 January 2014.

The Army Human Resources Command Center re-located to Fort Knox from the Washington D.C./Virginia area beginning in 2009. New facilities are under construction throughout Fort Knox, such as the ne
''Army Human Resource Center''
the largest construction project in the history of Fort Knox. It is a $185 million, three-story, complex of six interconnected buildings, sitting on . In May 2010, The Human Resource Center of Excellence, the largest office building in the state, opened at Fort Knox. The new center employs nearly 4,300 soldiers and civilians.

Fort Knox has a high school located on-post. Fort Knox High School, serving grades 9–12, was built in 1958 and has undergone only a handful of renovations since then, including a new building which was completed in 2007.

Fort Knox is located at 37°54'09.96" North, 85°57'09.11" West, along the Ohio River. The depository itself is located at 37°52'59.59" North, 85°57'55.31" West. According to the Census Bureau, the base CDP has a total area of , of which is land and —0.14%—is water. Communities near Fort Knox include Brandenburg, Elizabethtown, Hodgenville, Louisville, Radcliff, Shepherdsville, and Vine Grove, Kentucky. The Meade County city of Muldraugh is completely surrounded by Fort Knox.

The climate in this area is characterized by hot, humid summers and generally mild to cool winters. According to the Köppen Climate Classification system, Fort Knox has a humid subtropical climate, abbreviated "Cfa" on climate maps.