Chulalongkorn, also known as King Rama V, reigning title Phra Chula Chom Klao Chao Yu Hua) (Thai: จุฬาลงกรณ์; RTGS: Chunlalongkorn ; 20 September 1853 – 23 October 1910), was the fifth monarch of Siam under the House of Chakri. He was known to the Siamese of his time as ''Phra Phuttha Chao Luang'' (พระพุทธเจ้าหลวง, the Royal Buddha). His reign was characterised by the modernisation of Siam, governmental and social reforms, and territorial concessions to the British and French. As Siam was surrounded by European colonies, Chulalongkorn, through his policies and acts, ensured the independence of Siam. All his reforms were dedicated to ensuring Siam's independence given the increasing encroachment of Western powers, so that Chulalongkorn earned the epithet ''Phra Piya Maharat'' (พระปิยมหาราช, the Great Beloved King). 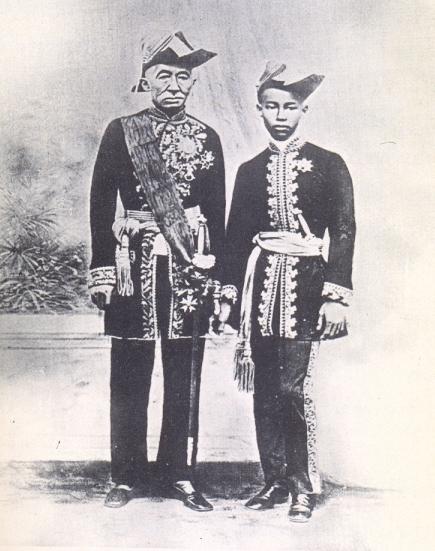 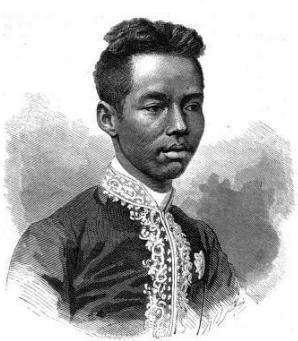 King Chulalongkorn was born on 20 September 1853 to King Mongkut and Queen Debsirindra and given the name Chulalongkorn. In 1861, he was designated ''Krommamuen Pikhanesuan Surasangkat''. His father gave him a broad education, including instruction from Western tutors such as Anna Leonowens. In 1866, he became a novice monk for six months at Wat Bawonniwet according to royal tradition. Upon his return to his secular life in 1867, he was designated ''Krommakhun Phinit Prachanat'' (.) In 1867, King Mongkut led an expedition to the Malay Peninsula south of the city of Hua Hin, to verify his calculations of the solar eclipse of 18 August 1868. Both father and son fell ill of malaria. Mongkut died on 1 October 1868. Assuming the 15 year-old Chulalongkorn to be dying as well, King Mongkut on his deathbed wrote, "My brother, my son, my grandson, whoever you all the senior officials think will be able to save our country will succeed my throne, choose at your own will." Si Suriyawongse, the most powerful government official of the day, managed the succession of Chulalongkorn to the throne and his own appointment as regent. The first coronation was held on 11 November 1868. Chulalongkorn's health improved, and he was tutored in public affairs. The young Chulalongkorn was an enthusiastic reformer. He visited Singapore and Java in 1870 and British India in 1872 to study the administration of British colonies. He toured the administrative centres of Calcutta, Delhi, Bombay, and back to Calcutta in early 1872. This journey was a source of his later ideas for the modernization of Siam. He was crowned king in his own right as Rama V on 16 November 1873.