Christopher Becker Whitley (August 31, 1960 – November 20, 2005) was an American blues/rock singer-songwriter and guitarist. During his 25-year career he released more than a dozen albums, had two songs in the top 50 of the Billboard mainstream rock charts and received two Independent Music Awards. Whitley's sound was drawn from the traditions of blues, jazz and rock and he recorded songs by artists from many genres. He died in 2005 of lung cancer at the age of 45.

Whitley was born in Houston, Texas and learned to play guitar when he was fifteen. His father was an art director and his mother was a sculptor. During his youth he lived in Dallas, Texas, Oklahoma, Connecticut, Mexico and Vermont. His parents "grew up on race music, race radio in Southern United States, the South" and their musical tastes—including Muddy Waters, Howlin' Wolf, Bob Dylan and Jimi Hendrix—influenced Whitley.

During the early 1980s Whitley was busking on the streets of New York City and collaborating with musicians Marc Miller, Arto Lindsay and Michael Beinhorn. He was given a plane ticket to Ghent, Belgium in 1981, and lived there for six years, recording several albums and playing with the bands Kuruki, 2 Belgen, Nacht und Nebel (band), Nacht Und Nebel, Alan Fawn, and A Noh Rodeo. 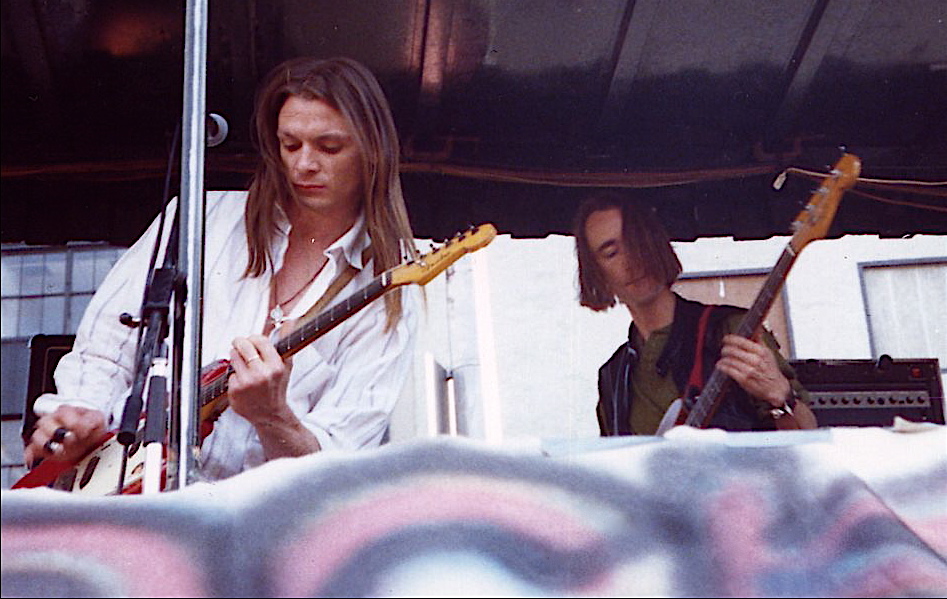 In 1988, producer Daniel Lanois heard Whitley perform at the Mondo Cane club in New York City and he helped Whitley obtain a recording contract with Columbia Records. In 1991 two of Whitley's songs charted on the Billboard magazine, Billboard Mainstream Rock charts: "Big Sky Country (song), Big Sky Country" (number 36) and "Living with the Law (song), Living with the Law" (number 28). In 2000, Whitley recorded his album ''Perfect Day (Chris Whitley album), Perfect Day'', an album of cover songs, with Chris Wood (jazz musician), Chris Wood and Billy Martin (percussionist), Billy Martin and followed up with the album ''Rocket House'' in 2001. Whitley's song "Breaking Your Fall" from the album ''Hotel Vast Horizon'' (2003) won the 3rd Annual Independent Music Awards for Folk/Singer-Songwriter Song. In 2004 he won The 4th Annual Independent Music Award for Blues/R&B Song for his composition "Her Furious Angels" from the album ''War Crime Blues''. Whitley was an inaugural member of The Independent Music Awards' judging panel to support independent artists and collaborated with Jeff Lang on an album called ''Dislocation Blues'' in 2005.

In fall 2005, Whitley canceled his tour due to health issues. In November he was reported to be terminally ill with lung cancer and under the care of hospice. He died on November 20, 2005 in Houston, Texas at the age of 45. After his death, musician John Mayer said, "[Whitley's] somewhat prostrated place in pop culture earned him a sidebar of an obituary, but to those who knew his work, it registers as one of the most underappreciated losses in all of music." Whitley is survived by his brother Dan and his musician daughter, Trixie Whitley.