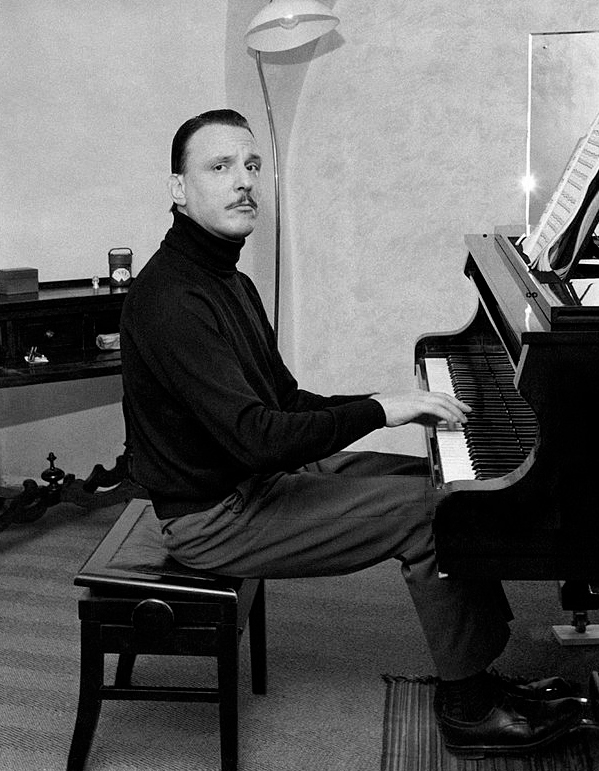 Arturo Benedetti Michelangeli (; 5 January 1920 – 12 June 1995) was an Italian classical pianist. He is considered one of the greatest pianists of the twentieth century. According to The New York Times, he was perhaps the most reclusive, enigmatic and obsessive among the handful of the world's legendary pianists.

Born near Brescia, in Italy, in 1920. Michelangeli’s date of birth is usually given as 5 January 1920. He himself once said that he was born ‘during the first hour of the morning of 6 January 1920’. His father, who was a count, and a lawyer by profession, was also a musician and a composer. His father began teaching music to Michelangeli before he was four years old. He began learning the violin at the age of three and studied that instrument at the Venturi Institute, in Brescia, but soon switched to piano under Dr. Paulo Chimeri who accepted him into his class following an audition. He also studied organ and composition. When he was nine, he began having private lessons with Giovanni Anfossi in Milan. At age of eleven, he gained his diploma with the highest distinction at the Giuseppe Verdi Conservatory. He graduated in piano studies from the same conservatory in June 1934. Although Michelangeli's family were passionate music lovers, they did not want Arturo to become a pianist. In view of the attitude of his family, Arturo became independent when he was fifteen. However, at the request of his family, he still studied medicine for several years. Michelangeli said he had always been playing somewhere: in his home town as a boy, and later — especially after his competition successes — throughout Italy and abroad.

In May 1938, at the age of eighteen, he began his international career by entering the Ysaÿe International Festival in Brussels, Belgium, where he was placed seventh. A brief account of this competition, at which Emil Gilels took first prize and Moura Lympany second, is given by Arthur Rubinstein, who was one of the judges. According to Rubinstein, Benedetti Michelangeli gave "an unsatisfactory performance, but already showed his impeccable technique." A year later he earned first prize in the Geneva International Music Competition, where he was acclaimed as "a new Liszt" by pianist Alfred Cortot, a member of the judging panel, which was presided over by Ignacy Jan Paderewski. Upon winning the competition, Benito Mussolini gave Michelangeli a teaching position at the Martini Conservatory in Bologna, Italy. The outbreak of World War II interrupted Arturo Benedetti Michelangeli’s career just as it had begun. Despite the efforts of Maria Jose di Savoia (later Queen of Italy) to exonerate him, Michelangelo was also drafted into the army. He joined the Italian airforce, but as soon as the war was over, he returned to the concert platform. After a long break, his first concert was held in Warsaw during the 5th Chopin Competition, where he was one of the jurors. At the competition, Arturo Benedetti Michelangeli left the jury in protest. The contestant Vladimir Ashkenazy, who he believed should have won, won the second prize and lost to Adam Harasiewicz by a small point. Michelangeli first toured the United States in 1948, making his orchestral debut at Carnegie Hall in November. He played Schumann’s Piano Concerto in A minor Op. 54 with the New York Philharmonic and Dimitri Mitropoulos and made his solo debut at Carnegie Hall in January 1949. As early as 1939, Michelangeli was offered a post as a piano teacher at the conservatory in Bologna.His teaching activity also took in conservatories in Venice, Berlin, Geneva, Budapest, and Bolzano. However, cramming music teaching into a school setting did not fit in with his concept of preparing students for the profession of artist. For his work as a teacher, then, he preferred to opt for the form of piano courses. He conducted these for several years in winter in Bolzano, and in summer from 1952 to 1964 in Arezzo (with a break caused by ill health between 1953 and 1955). The courses were to be crowned by the founding of the Arturo Benedetti Michelangeli International Piano Academy, which was to be organized by the city and provincial authorities in Arezzo, in cooperation with the ‘Amici della Musica’ Society. Unfortunately, the project did not come to fruition. The Maestro conducted further courses in Moncalieri, Siena, and Lugano, and from 1967 he began giving private tuition at Rabbi in the province of Trento, in his Alpine villas. In 1988, he had a serious heart attack during a concert in Bordeaux. After more than seven hours of surgery, he overcame this health issue. A few months later, On 7 June 1989, he played Mozart concertos Nos. 20 & 25 under the baton of Cord Garben with the Nord Deutsche Rundfunk orchestra. In 1990, he again recorded two Mozart concertos, KV. 415 and KV. 503 in Bremen. Michelangeli's last public performance was held in Hamburg on May 7, 1993. As a composer, Benedetti Michelangeli arranged 19 Italian Folksongs a cappella for the ''Coro della Società Alpinisti Tridentini'', a men's chorus from Trento (Italy). A recording of these pieces can be found on the DIVOX music label. As a teacher, his pupils included world-class artists as Pietro Maranca, Maurizio Pollini, Martha Argerich, Ivan Moravec, Paul Stewart, Vladimir Krpan and Garth Beckett. The Romanian conductor Sergiu Celibidache always saw in Benedetti Michelangeli a colleague, and not merely another competent pianist: “Michelangeli makes colors; he is a conductor." Celibidache also considered Michelangeli the "greatest living artist". The teacher and commentator David Dubal argued that he was best in the earlier works of Beethoven and seemed insecure in Chopin, but that he was "demonic" in such works as the Bach-Busoni ''Chaconne'' and the Brahms ''Paganini Variations''. Discographical highlights include the (authorized) live performances in London of Ravel's ''Gaspard de la nuit'', Chopin's Mazurkas and Sonata No. 2, Schumann's ''Carnaval'', Op. 9 and ''Faschingsschwank aus Wien'''','' Op. 26 as well as various recordings of Beethoven's Piano Concerto No. 5, Liszt's Piano Concerto No. 1 and Totentanz, and the piano concertos of Robert Schumann, and Edvard Grieg.

Michelangeli lived in Switzerland during the 1970s, and refused to perform in, reside in, or visit his native Italy for over a decade.