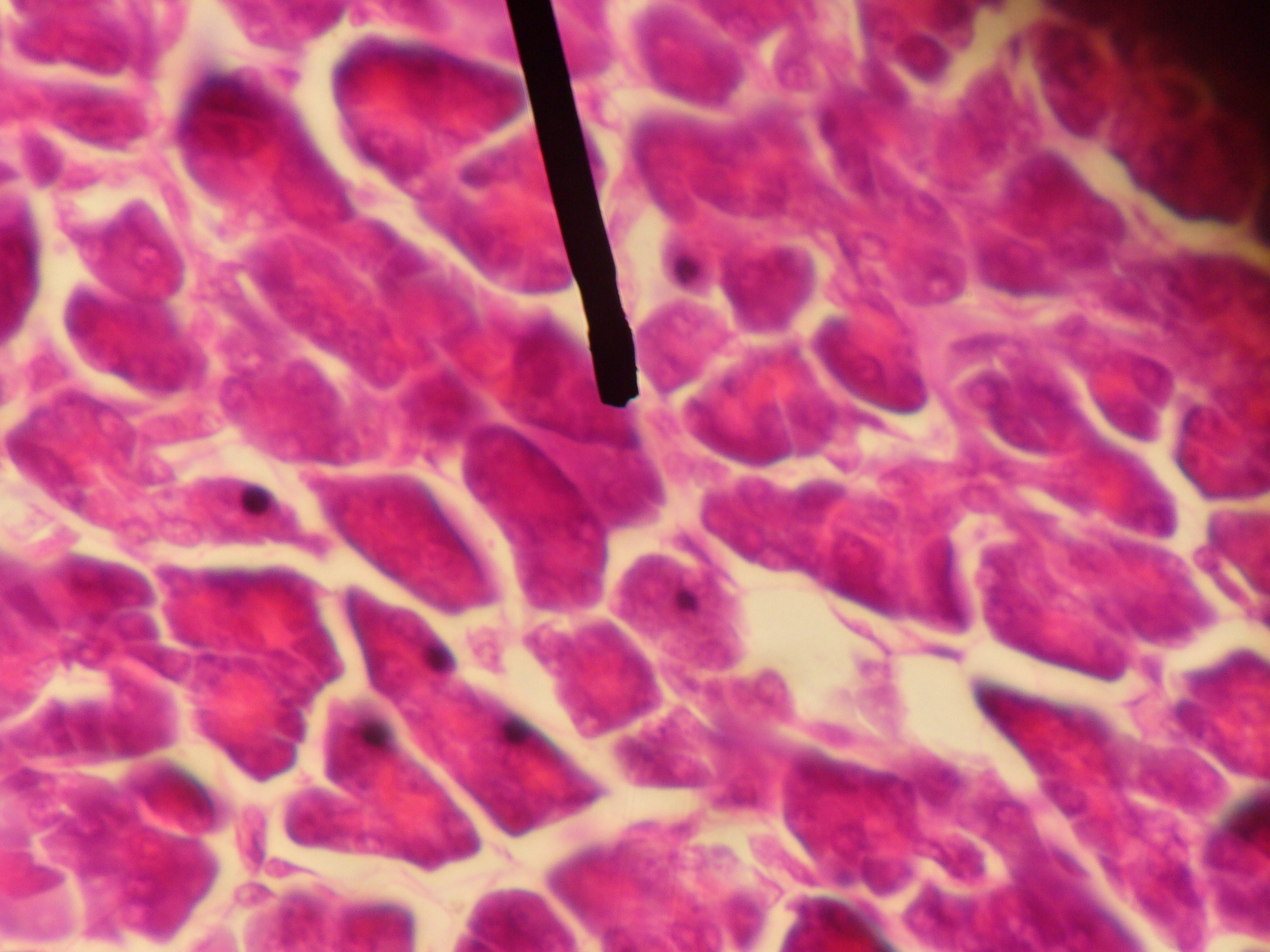 An acinus (; plural, acini; adjective, acinar or acinous) refers to any cluster of cell (biology), cells that resembles a many-lobed "Berry-like, berry," such as a raspberry (''wikt:acinus#Latin, acinus'' is Latin for "berry"). The berry-shaped termination of an exocrine gland, where the secretion is produced, is acinar in form, as is the alveolar sac containing multiple Pulmonary alveolus, alveoli in the lungs.

Acinar exocrine glands are found in many organs, including: * the stomach * the sebaceous gland of the scalp * the salivary glands of the tongue * the liver * the lacrimal glands * the mammary glands * the pancreas * the bulbourethral gland, bulbourethral (Cowper's) glands The thyroid Thyroid#Histology, follicles can also be considered of acinar formation but in this case the follicles, being part of an ''endocrine'' gland, act as a hormonal deposit rather than to facilitate secretion.
Mucous acini usually stain pale, while serous acini usually stain dark.
The term "acinus" is considered synonymous with wikt:alveolus, alveolus by some sources, but not all.

The end of the respiratory bronchioles in the lungs mark the beginning of a pulmonary acinus that includes the alveolar ducts, alveolar sacs, and Pulmonary alveolus, alveoli.