Zhejiang University (abbreviated ZJU; )
also colloquially referred to as Zheda
(), is an elite C9 League university located in
Hangzhou Hangzhou (, , Standard Chinese, Standard Mandarin pronunciation: ), also Chinese postal romanization, romanized as Hangchow, is the capital and most populous city of Zhejiang, China, People's Republic of China. It sits at the head of Hangzhou ...
, the capital of
Zhejiang Zhejiang (, formerly romanized as Chekiang) is an eastern, coastal Provinces of China, province of the China, People's Republic of China. Its capital and largest city is Hangzhou. Zhejiang is bordered by Jiangsu and Shanghai to the north, A ...
province. Founded in 1897, Zhejiang University is one of China's oldest, most selective, and most prestigious institutions of higher education. The university is organized into 37 colleges, schools, and departments offering more than 140 undergraduate and 300 graduate programs. The university is also a Chinese Ministry of Education Class A Double First Class University and is an active member of the Yangtze Delta Universities Alliance, the Association of Pacific Rim Universities, the Worldwide Universities Network, the International Association of Universities, and the Global University Network for Innovation. The university possesses a faculty of more than 3,741 scholars, including 45 members from the
Chinese Academy of Sciences Chinese can refer to: * Something related to China China, officially the People's Republic of China (PRC), is a country in East Asia. It is the List of countries and dependencies by population, world's most populous country, with a populat ...
and the Chinese Academy of Engineering, 10 Liberal Arts and Humanities Senior Professors (文科资深教授), 121 Changjiang Scholars Program, Chang Jiang Scholars Program Professors, and 133 recipients of the National Science Fund for Distinguished Young Scholars. Zhejiang University maintains 5 academic libraries. The library collection in its entirety contains more than 7.7 million volumes, making it one of China's largest academic collections. The university also includes 7 affiliated hospitals, 1 museum, 2 international joint institutes, and boasts over 150 student organizations. In recent years, it is ranked in the world's top 100 universities according to the most-widely cited university rankings in the world such as the Academic Ranking of World Universities (ARWU), the Times Higher Education World University Rankings (THE) and the QS World University Rankings (QS). Regarding research output, the Nature Index 2020 ranks the university 6th in China, 7th in the Asia-Pacific and 18th in the world among the global academic universities. 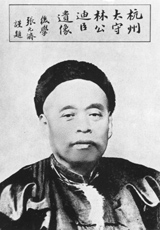 In 1897, then-mayor of Hangzhou, () established the "Qiushi Academy/Ch'iu Shih Academy" (). Lin studied the Western higher education system and applied it to the Qiushi Academy. The Ch'iu-shih Academy was renamed to Chekiang College () in 1902, and to Chekiang Higher Institutes in 1903. A second institution that factored into the early history of Zhejiang University was Yuying Xuetang (''Yuying School'' or ''Yuying College''), established in 1902. This was renamed to Yuying Yishu (''Yuying Public School''), and then to Yuying Academy. In 1911, Yuying Academy became Zhijiang Xuetang (''Zhijiang College'') and moved to Qinwang Hill (), outside of Hangzhou. 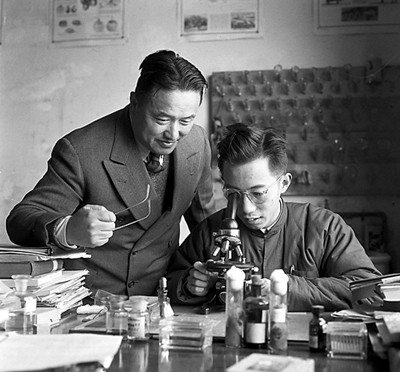 In the latter half of 1937, the Second Sino-Japanese War broke out, and due to the invading Imperial Japanese Army, the university evacuated from Hangzhou to Guizhou until 1946, after the war ended. Reputed as "Cambridge of the East" by Joseph Needham (twice visited ZJU in 1944) in China's modern history of higher education, National Che Kiang University's was consistently ranked as among top 3 in the nation during that time. During this period, the National Che Kiang University was praised as one of the Four most Prominent Universities in the Republic China (), along with National Central University, National Southwestern Associated University, and Wuhan University, National Wuhan University.

Zhejiang University was split up into a number of single-discipline colleges during the 1952 readjustment of China's Tertiary Education System. Its schools of arts and sciences either went to former Hangzhou University or joined with Fudan University. Its medical and pharmaceutical schools formed Zhejiang Medical University. Its agricultural and horticultural schools went to establish Zhejiang Agricultural University. 1952~1953, Its chemical engineering departments, and some the other technological parts went to former Hangzhou Chemical Engineering School (now Zhejiang University of Technology, ZJUT). And the dean Li Shouheng, who was one of the main founders of China's modern chemical engineering, was pointed to be the first president of ZJUT. 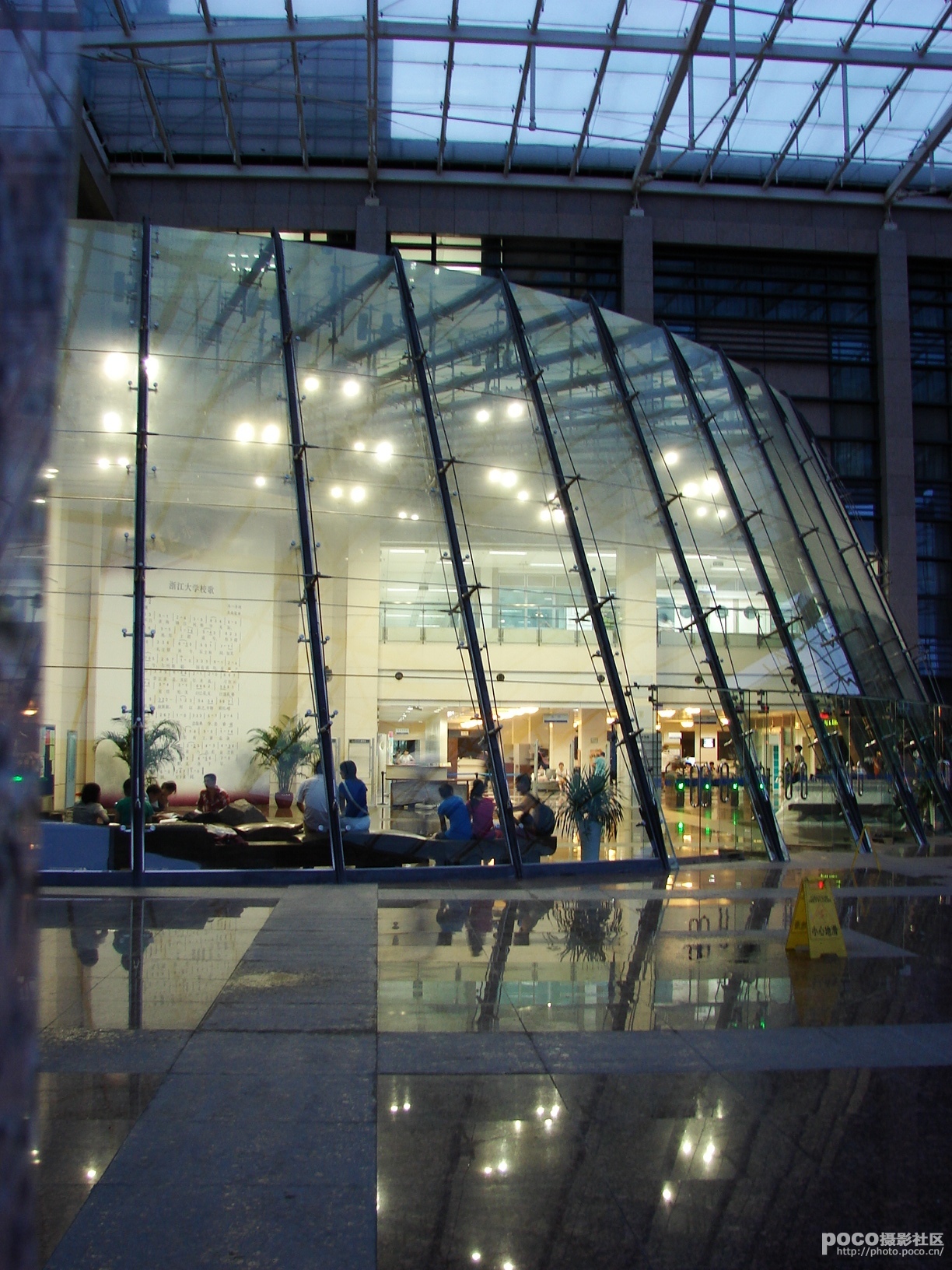 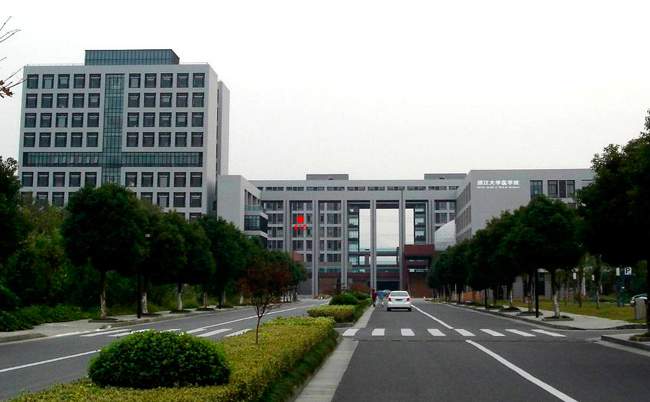 With seven campuses, namely Zijingang, Yuquan, Xixi, Huajiachi, Zhijiang, Zhoushan, and the Haining International campus, Zhejiang University encompasses an area of 5.9 square kilometers with school buildings covering 1.94 million square meters of floor space. The university library holds a collection of more than 7.7 million volumes. In addition, Zhejiang University has 7 high-level affiliated hospitals. In 2018, research funding at Zhejiang University amounted to more than 4.56 billion RMB (~US$680 million). More than a hundred projects under research have each secured a grant of more than 10 million RMB. In 2018, 1,838 Chinese patents were issued to ZJU researchers and 6,903 SCI-included papers were published by ZJU scholars.

Among its approximate 3,700 standing faculty members, more than 1,200 faculty members hold the title of professor. The faculty includes: 23 members of the
Chinese Academy of Sciences Chinese can refer to: * Something related to China China, officially the People's Republic of China (PRC), is a country in East Asia. It is the List of countries and dependencies by population, world's most populous country, with a populat ...
, 23 members of the Chinese Academy of Engineering, 48 scholars in the national Recruitment Program of Global Experts, 20 chief scientists of national 973 projects, 121 Changjiang Scholars Program, Chang Jiang (Yangtze River) Award winners, and 133 recipients of the awards from the National Science Fund for Distinguished Young Scholars. Zhejiang University also has prominent foreign faculty. 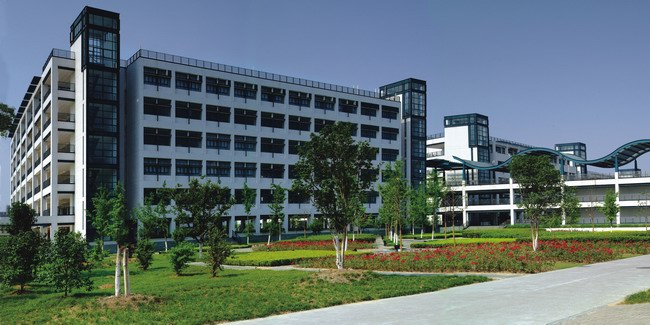 The Xixi campus () was previously Hangzhou University before merging with Zhejiang University in 1998. The campus hosts the Department of Psychology and Behavioral Sciences, the School of Marxism, College of Education, and the School of Humanities.

The Haining International Campus () is located in the Zhejiang city of Haining (city), Haining. Clusters of international cooperative partners and institutions reside at this campus, which opened in 2016 as part of Zhejiang University.

The Zhoushan campus () is a relatively new campus that opened in 2015 and serves as the campus for the Ocean College and is located in Zhoushan.

Under the direct administration of China's Ministry of Education, the new Zhejiang University is a key comprehensive university whose fields of study cover eleven branches of learning, namely philosophy, literature, history, education, science, economics, law, management, engineering, agriculture, and Bachelor of Medicine, Bachelor of Surgery, MBBS. The university now has 110 specialties for undergraduate studies, and it is entitled to confer master's degrees in 264 programs and doctoral degrees in 181 programs. Under its administration, there are 13 National Key Laboratories, 2 National Engineering Research Centers and 3 National Engineering Technology Centers. Besides, it has set up 24 national key specialties and 39 post-doctoral stations.