The 1911 Revolution, also known as the Chinese Revolution or the Xinhai Revolution, ended China's last imperial dynasty, the Manchu-led Qing dynasty, and resulted in the establishment of the Republic of China on 1 January 1912. The revolution was named Xinhai (Hsin-hai) because it occurred in 1911, the year of the Xinhai () stem-branch in the sexagenary cycle of the traditional Chinese calendar. The revolution marked the end of 2,000 years of imperial rule and the beginning of China's early republican era. The revolution culminated a decade of agitation, revolts, and uprisings. The Qing dynasty had struggled for a long time to reform the government and resist foreign aggression, but the program of reforms after 1900 was opposed by Manchu conservatives at court as too radical and by Chinese reformers as too slow. Underground anti-Qing groups, revolutionaries in exile, reformers who wanted to save the monarchy by modernizing it, and activists across the country debated how or whether to overthrow the Manchus. The flash-point came on 10 October, 1911, with the Wuchang Uprising, an armed rebellion among members of the New Army. Similar revolts broke out spontaneously around the country. The abdication of the last Chinese emperor, the six-year-old Puyi was promulgated on 12 February, 1912. In Nanjing, however, revolutionary armies established a provisional coalition government. The National Assembly declared the Republic of China, then declared Sun Yat-sen, the leader of the Tongmenghui (United League), President of the Republic. A brief civil war between North and South ended in compromise. Sun resigned in favor of Yuan Shikai, who became President of the new national government in Beijing. Yuan's failure to establish a legitimate central government before his death in 1916 led to decades of political division and warlordism, including attempts at imperial restoration. The Republic of China on the island of Taiwan and the People's Republic of China on the mainland both consider themselves the legitimate successors to the 1911 Revolution and honor the ideals of the revolution including nationalism, republicanism, modernization of China and national unity. In Taiwan, 10 October is commemorated as Double Ten Day, the National Day of the ROC. In mainland China, the day is celebrated as the Anniversary of the 1911 Revolution.

After suffering its first defeat to the West in the First Opium War in 1842, the Qing imperial court struggled to contain foreign intrusions into China. Efforts to adjust and reform traditional methods of governance were constrained by a deeply conservative court culture that did not want to give away much authority to reform. Following defeat in the Second Opium War in 1860, the Qing tried to modernize by adopting certain Western technologies through the Self-Strengthening Movement from 1861. In the wars against the Taiping (1851–64), Nian (1851–68), Yunnan (1856–68) and the Northwest (1862–77), the traditional imperial troops proved themselves incompetent and the court came to rely on local armies. In 1895, China suffered another defeat during the First Sino-Japanese War. This demonstrated that traditional Chinese feudal society also needed to be modernized if technological and commercial advancements were to succeed. In 1898, the Guangxu Emperor was guided by reformers like Kang Youwei and Liang Qichao toward drastic reform in education, military, and economy under the Hundred Days' Reform. The reform was abruptly canceled by a conservative coup led by Empress Dowager Cixi. The Guangxu Emperor, who had always been a puppet dependent on Cixi, was put under house arrest in June 1898. Reformers Kang and Liang would be exiled. While in Canada, in June 1899, they tried to form the Emperor Protection Society in an attempt to restore the emperor. Empress Dowager Cixi mainly controlled the Qing dynasty from this point on. The Boxer Rebellion prompted another foreign invasion of Beijing in 1900 and imposition of unequal treaty terms, which carved away territories, created extraterritorial concessions, and gave away trade privileges. Under internal and external pressure, the Qing court began to adopt some of the reforms. The Qing managed to maintain its monopoly on political power by suppressing all domestic rebellions, often with great brutality. Dissidents could operate only in secret societies and underground organizations, in foreign concessions, or exile overseas.

Organization of the Revolution

Many revolutionaries and groups wanted to overthrow the Qing government to re-establish the Han-led government. The earliest revolutionary organizations were founded outside of China, such as Yeung Ku-wan's Furen Literary Society, created in Hong Kong in 1890. There were 15 members, including Tse Tsan-tai, who did political satire such as "The Situation in the Far East", one of the first-ever Chinese manhua, and who later became one of the core founders of the ''South China Morning Post''. 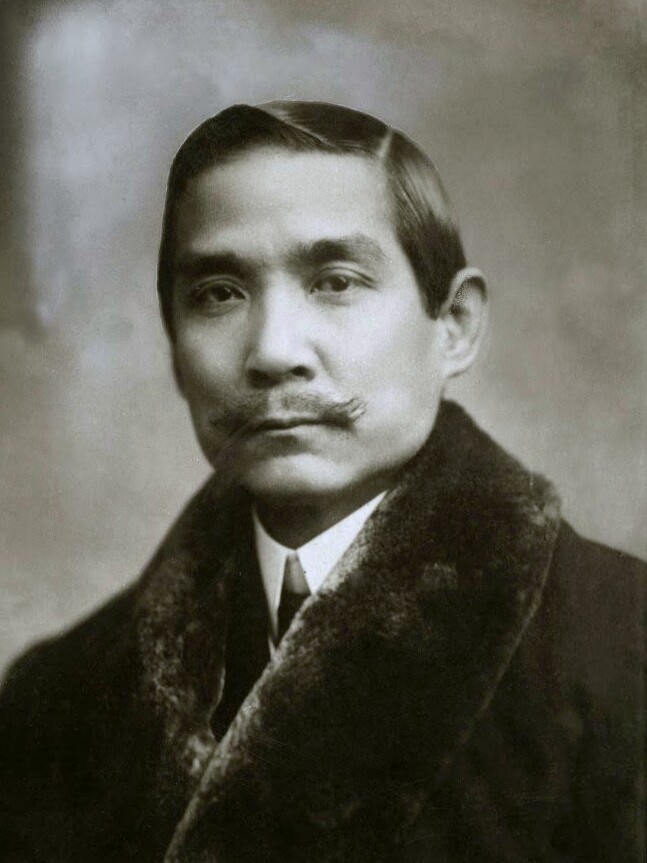 Sun Yat-sen's Xingzhonghui (Revive China Society) was established in Honolulu in 1894 with the main purpose of raising funds for revolutions. The two organizations merged in 1894.

The Huaxinghui (China Revival Society) was founded in 1904 by notables like Huang Xing, Zhang Shizhao, Chen Tianhua and Song Jiaoren, along with 100 others. Their motto was "Take one province by force, and inspire the other provinces to rise". The Guangfuhui (Restoration Society) was also founded in 1904, in Shanghai, by Cai Yuanpei. Other notable members include Zhang Binglin and Tao Chengzhang. Despite professing the anti-Qing cause, the Guangfuhui was highly critical of Sun Yat-sen. One of the most famous female revolutionaries was Qiu Jin, who fought for women's rights and was also from Guangfuhui. There were also many other minor revolutionary organizations, such as Lizhi Xuehui (勵志學會) in Jiangsu, Gongqianghui (公強會) in Sichuan, Yiwenhui (益聞會) and Hanzudulihui (漢族獨立會) in Fujian, Yizhishe (易知社) in Jiangxi, Yuewanghui (岳王會) in Anhui and Qunzhihui (群智會/群智社) in Guangzhou. Criminal organizations also existed that were anti-Manchu, including the Green Gang and Hongmen Zhigongtang (致公堂). Sun Yat-sen himself came in contact with the Hongmen, also known as Tiandihui (Heaven and Earth society). Gelaohui (Elder Brother Society) was another group, with Zhu De, Wu Yuzhang, Liu Zhidan (劉志丹) and He Long. This revolutionary group would eventually develop a strong link with the later Communist Party.

Sun Yat-sen successfully united the Revive China Society, Huaxinghui and Guangfuhui in the summer of 1905, thereby establishing the unified Tongmenghui (United League) in August 1905 in Tokyo. While it started in Tokyo, it had loose organizations distributed across and outside the country. Sun Yat-sen was the leader of this unified group. Other revolutionaries who worked with the Tongmenghui include Wang Jingwei and Hu Hanmin. When the Tongmenhui was established, more than 90% of the Tongmenhui members were between 17 and 26 years of age. Some of the work in the era includes manhua publications such as the ''Journal of Current Pictorial''.

In February 1906, Rizhihui (日知會) also had many revolutionaries, including Sun Wu (孫武), Zhang Nanxian (張難先), He Jiwei and Feng Mumin. A nucleus of attendees at this conference evolved into the Tongmenhui's establishment in Hubei. In July 1907, several members of Tongmenhui in Tokyo advocated a revolution in the area of the Yangtze River. Liu Quiyi (劉揆一), Jiao Dafeng (焦達峰), Zhang Boxiang (張伯祥) and Sun Wu (孫武) established Gongjinhui (Progressive Association) (共進會). In January 1911, the revolutionary group Zhengwu Xueshe (振武學社) was renamed as Wenxueshe (Literary Society) (文學社). Jiang Yiwu (蔣翊武) was chosen as the leader. These two organizations would play a big role in the Wuchang Uprising. Many young revolutionaries adopted the anarchist program. In Tokyo, Liu Shipei proposed to overthrow the Manchus and return to Chinese classical values. In Paris, well-connected young intellectuals, Li Shizhen, Wu Zhihui and Zhang Renjie, agreed with Sun's revolutionary program and joined the Tongmenghui, but argued that simply replacing one government with another would not be progress; fundamental cultural change, a revolution in family, gender and social values, would remove the need for government and coercion. Zhang Ji and Wang Jingwei were among the anarchists who defended assassination and terrorism as means to awaken the people to revolution, but others insisted that education was the only justifiable strategy. Important anarchists included Cai Yuanpei. Zhang Renjie gave Sun major financial help. Many of these anarchists would later assume high positions in the Kuomintang (KMT).

Many revolutionaries promoted anti-Qing/anti-Manchu sentiments and revived memories of conflict between the ethnic minority Manchu and the ethnic majority Han Chinese from the late Ming dynasty (1368–1644). Leading intellectuals were influenced by books that had survived from the final years of the Ming dynasty, the last dynasty of Han Chinese. In 1904, Sun Yat-sen announced that his organization's goal was "to expel the Tatar barbarians, to revive Zhonghua, to establish a Republic, and to distribute land equally among the people." (驅除韃虜, 恢復中華, 創立民國, 平均地權). Many underground groups promoted the ideas of "Resist Qing and restore Ming" (反清復明) that had been around since the days of the Taiping Rebellion. Others, such as Zhang Binglin, supported straight-up lines like "slay the Manchus" and concepts like "Anti-Manchuism" (興漢滅胡 / 排滿主義).

Many groups supported the 1911 Revolution, including students and intellectuals returning from abroad, as well as participants of revolutionary organizations, overseas Chinese, soldiers of the new army, local gentry, farmers, and others.

Assistance from overseas Chinese was important in the 1911 Revolution. In 1894, the first year of the Revive China Society, the first meeting ever held by the group was held in the home of Ho Fon, an overseas Chinese who was the leader of the first Chinese Church of Christ. Overseas Chinese supported and actively participated in funding revolutionary activities, especially the Southeast Asian Chinese of Malaya (Singapore and Malaysia). Many of these groups were reorganized by Sun, who was referred to as the "father of the Chinese revolution".

In 1906, after the abolition of the imperial examinations, the Qing government established many new schools and encouraged students to study abroad. Many young people attended the new schools or went abroad to study in places like Japan. A new class of intellectuals emerged from those students, who contributed immensely to the 1911 Revolution. Besides Sun Yat-sen, key figures in the revolution, such as Huang Xing, Song Jiaoren, Hu Hanmin, Liao Zhongkai, Zhu Zhixin and Wang Jingwei, were all Chinese students in Japan. Some were young students like Zou Rong, known for writing ''Revolutionary Army'', a book in which he talked about the extermination of the Manchus for the 260 years of oppression, sorrow, cruelty, and tyranny, and turning the sons and grandsons of Yellow Emperor into George Washingtons. Before 1908, revolutionaries focused on coordinating these organizations in preparation for uprisings they would launch; hence, these groups would provide most of the manpower needed for the overthrow of the Qing Dynasty. After the 1911 Revolution, Sun Yat-sen recalled the days of recruiting support for the revolution and said, "The literati were deeply into the search for honors and profits, so they were regarded as having only secondary importance. By contrast, organizations like Sanhehui were able to sow widely the ideas of resisting the Qing and restoring the Ming." 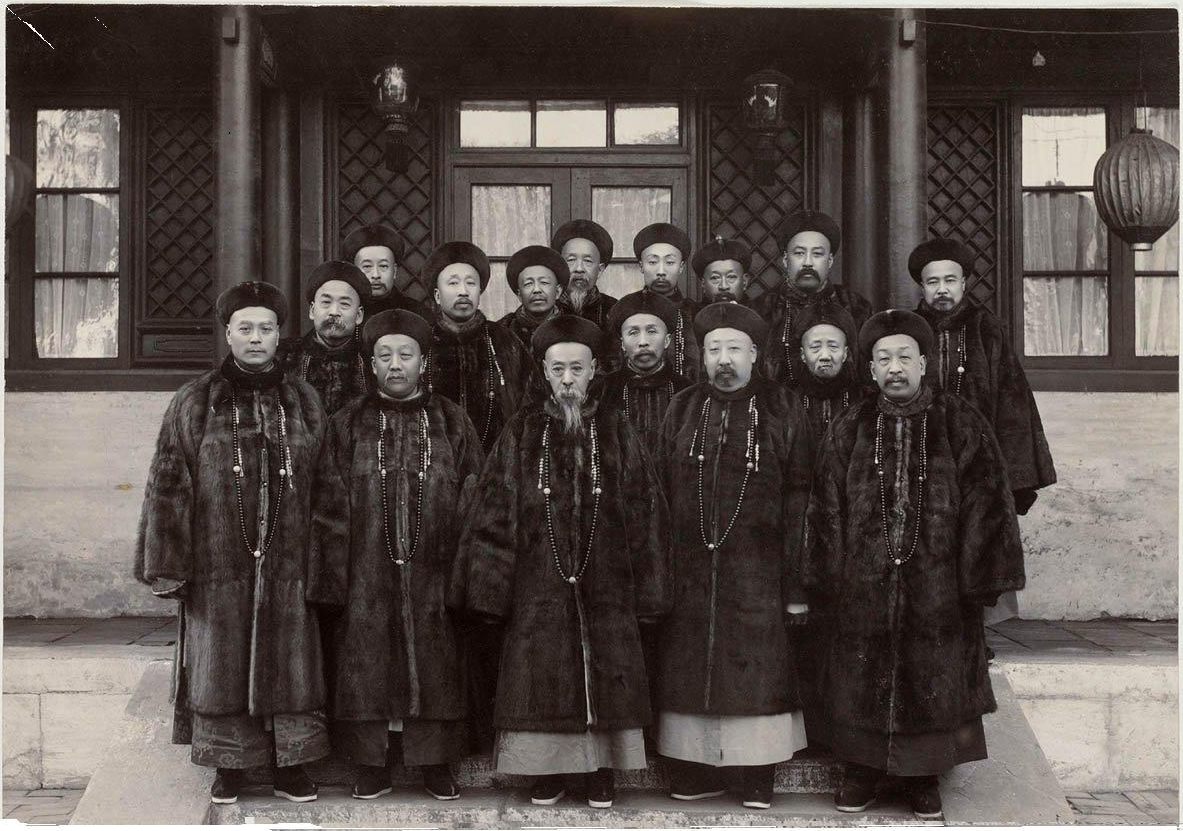