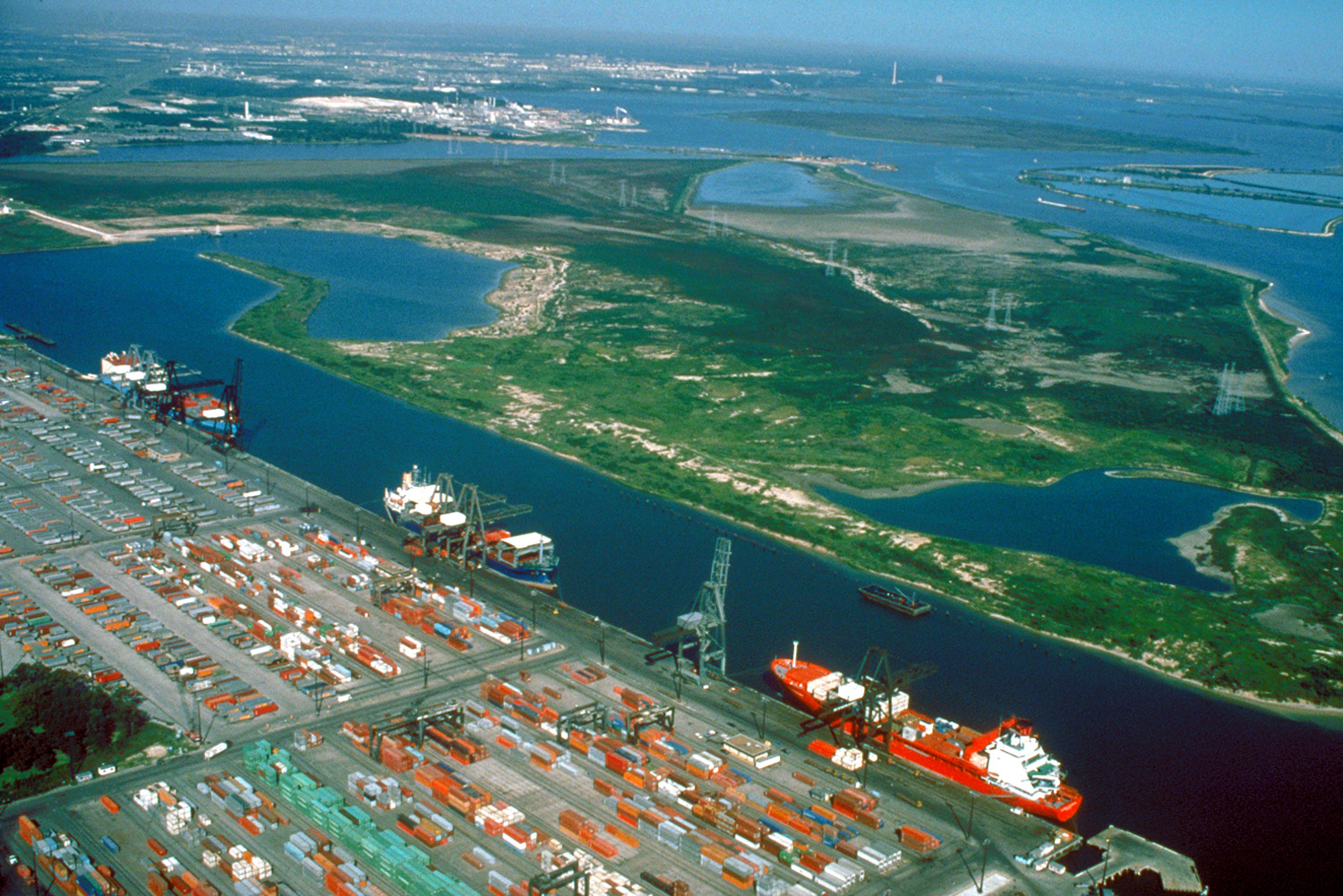 A wharf, quay (, also ), or staith(e) is a structure on the shore of a harbour or on the bank of a river or canal where ships may dock to load and unload cargo or passengers. Such a structure includes one or more berths (mooring locations), and may also include piers, warehouses, or other facilities necessary for handling the ships. Wharves are often considered to be a series of docks at which boats are stationed.

A wharf commonly comprises a fixed platform, often on pilings. Commercial ports may have warehouses that serve as interim storage: where it is sufficient a single wharf with a single berth constructed along the land adjacent to the water is normally used; where there is a need for more capacity multiple wharves, or perhaps a single large wharf with multiple berths, will instead be constructed, sometimes projecting over the water. A pier, raised over the water rather than within it, is commonly used for cases where the weight or volume of cargos will be low. Smaller and more modern wharves are sometimes built on flotation devices (pontoons) to keep them at the same level as the ship, even during changing tides. In everyday parlance the term ''quay'' is common in the United Kingdom, Canada, Australia, and many other Commonwealth countries, and the Republic of Ireland, whereas the term ''wharf'' is more common in the United States. In some contexts ''wharf'' and ''quay'' may be used to mean pier, berth, or jetty. In old ports such as London (which once had around 1700 wharves) many old wharves have been converted to residential or office use. Certain early railways in England referred to goods loading points as "wharves". The term was carried over from marine usage. The person who was resident in charge of the wharf was referred to as a "wharfinger".

One explanation is that the word ''wharf'' comes from the Old English ''warft'' or the Old Dutch word ''werf'', which both evolved to mean "yard", an outdoor place where work is done, like a shipyard (Dutch: ''scheepswerf'') or a lumberyard (Dutch: ''houtwerf''). Originally, ''werf'' or ''werva'' in Old Dutch (''werf'', ''wer'' in Old Frisian) simply referred to inhabited ground that was not yet built on (similar to "yard" in modern English), or alternatively to a ''terp''. This could explain the name Ministry Wharf located at Saunderton, just outside High Wycombe, which is nowhere near any body of water. In support of this explanation is the fact that many places in England with "wharf" in their names are in areas with a high Dutch influence, for example the Norfolk broads. In the northeast and east of England the term ''staith'' or ''staithe'' (from the Norse for landing stage) is also used. The two terms have historically had a geographical distinction: those to the north in the Kingdom of Northumbria used the Old English spelling ''staith'', southern sites of the Danelaw took the Danish spelling ''staithe''. Both originally referred to jetties or wharves. In time, the northern coalfields of Northumbria developed coal staiths specifically for loading coal onto ships and these would adopt the ''staith'' spelling as a distinction from simple wharves: for example, Dunston Staiths in Gateshead and Brancaster Staithe in Norfolk. However, the term ''staith'' may also be used to refer only to loading chutes or ramps used for bulk commodities like coal in loading ships and barges. ''Quay'', on the other hand, has its origin in the Proto-Celtic language. Before it changed to its current form under influence of the modern French ''quai'', its Middle English spelling was ''key'', ''keye'' or ''caye''. This in turn also came from the Old Norman ''cai'' (Old French ''chai''), both roughly meaning "sand bank". The Old French term came from Gaulish ''caium'', ultimately tracing back to the Proto-Celtic ''*kagio-'' "to encompass, enclose". Modern cognates include Welsh ''cae'' "fence, hedge" and Cornish ''ke'' "hedge", and the Dutch ''kade''.