Brennan was born in Lynn, Massachusetts, less than two miles from his family's home in Swampscott, Massachusetts. His parents were both Irish immigrants. His father was an engineer and inventor, and young Brennan also studied engineering at Rindge Technical High School in Cambridge, Massachusetts., While in school, Brennan became interested in acting. He began to perform in vaudeville at the age of 15. While working as a bank clerk, he enlisted in the U.S. Army and served as a private with the 101st Field Artillery Regiment in France during World War I. He served in France for two years. “While there, he suffered an injury to his vocal chords from exposure to mustard gas that left him with his screen trademark: a distinctively reedy, high-pitched voice that became a favorite for celebrity impersonators for decades.” After the war, he worked as a financial reporter for a newspaper in Boston. He intended to move to Guatemala and grow pineapples but only made it as far as Los Angeles. During the early 1920s, he made a fortune in the real estate market, but lost most of his money during the 1925 real estate slump. 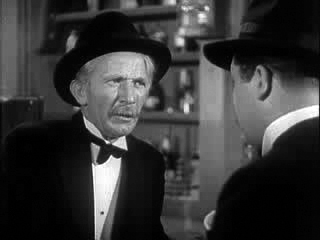 Brennan's breakthrough part came when cast by Howard Hawks as Swan Bostrom in the period film ''Come and Get It'' (1936), playing the sidekick of Edward Arnold who eventually marries the girl Arnold abandons (played by Frances Farmer). Producer Sam Goldwyn fired Hawks during filming and replaced him with William Wyler. Brennan's performance earned him the first Academy Award for Best Supporting Actor. Brennan followed it with support parts in ''Banjo on My Knee'' (1936) at Fox, ''She's Dangerous'' (1937), and ''When Love is Young'' (1937). Goldwyn announced him for a role in ''The Real Glory'' in 1936, but he ended up not appearing in the final film. Brennan had his first lead role in ''Affairs of Cappy Ricks'' (1937) at Republic Pictures. He followed it with the co-starring part in Fox's ''Wild and Woolly'' (1937), billed second after Jane Withers. He was in ''The Buccaneer'' (1938), directed by Cecil B. DeMille. Brennan portrayed town drunk and accused murderer Muff Potter in ''The Adventures of Tom Sawyer'' (1938). Brennan followed it with ''The Texans'' (1938), ''Mother Carey's Chickens'' (1938), and Goldwyn's ''The Cowboy and the Lady'' (1938) with Gary Cooper – the first time Brennan played Cooper's sidekick.

Brennan won his second Best Supporting Oscar for ''Kentucky'' (1938), a horse racing film from 20th Century Fox with Loretta Young. He supported Fred Astaire and Ginger Rogers in ''The Story of Vernon and Irene Castle'' (1939). Brennan also appeared in ''Melody of Youth'' (1939), and ''Stanley and Livingstone'' (1939) at Fox. At MGM he was in ''Joe and Ethel Turp Call on the President'' (1939). Throughout his career, Brennan was frequently called upon to play characters considerably older than he was. The loss of many teeth in the 1932 accident, rapidly thinning hair, thin build, and unusual vocal intonations all made him seem older than he was. He used these features to great effect. In many of his film roles, Brennan wore dentures; in MGM's ''Northwest Passage'' (1940) – a film set in the late 18th century – he wore a dental prosthesis which made him appear to have rotting and broken teeth. Brennan was billed third in ''Northwest Passage'' after Spencer Tracy and Robert Young. Zanuck at Fox announced he wanted to make ''The Man from Home'', once a vehicle for Will Rogers, with Brennan. Instead Brennan was top-billed in Fox's ''Maryland'' (1940), an attempt to repeat the success of ''Kentucky''. Brennan said he had been working constantly since Christmas 1937. "I'm just plain punch drunk", he said.

Brennan had one of his best ever roles in Goldwyn's ''The Westerner'' (1940), playing the villainous Judge Roy Bean opposite Gary Cooper. William Wyler directed and the film earned Brennan another Best Supporting Actor Oscar. Goldwyn bought ''Trading Post'' to be a vehicle for Brennan but it was never made. Instead he supported Deanna Durbin in ''Nice Girl?'' (1941), then Cooper again in Frank Capra's ''Meet John Doe'' (1941) and Hawks' ''Sergeant York'' (1941). ''Sergeant York'', which earned Brennan a fourth Oscar nomination, was an enormous hit. He could also be seen in ''This Woman is Mine'' (1941), as a sea captain. Brennan played the top-billed lead in ''Swamp Water'' (1941), the first American film by the director Jean Renoir, a drama also featuring Walter Huston and starring Dana Andrews. He was in ''Rise and Shine'' (1941) then played the reporter Sam Blake, who befriended and encouraged Lou Gehrig (played by Cooper) in ''Pride of the Yankees'' (1942). Brennan was in some war films, ''Stand by for Action'' (1942) and ''Hangmen Also Die!'' (1943), in which he played a Czechoslavak professor. He was in ''Slightly Dangerous'' (1943), ''The Last Will and Testament of Tom Smith'' (1943, a short), and Goldwyn's Russia-set war epic ''The North Star'' (1943). He was top billed in a follow up to ''Kentucky'' and ''Maryland'' at Fox, ''Home in Indiana'' (1944). Brennan was particularly skilled in playing the sidekick of the protagonist or the "grumpy old man" in films such as ''To Have and Have Not'' (1944), the Hawks-directed Humphrey Bogart film which introduced Lauren Bacall. Brennan was a comic pirate in the Bob Hope film ''The Princess and the Pirate'' (1944). He was teamed with John Wayne for the first time since both men obtained stardom in ''Dakota'' (1945), directed by Joseph Kane. He supported Bette Davis in ''A Stolen Life'' (1946) and was in a musical at Fox, ''Centennial Summer'' (1946), where he played a family paterfamilias.

Brennan began to work on television, guest starring on episodes of ''Screen Directors Playhouse'', ''Lux Video Theatre'', ''Schlitz Playhouse'', ''Ethel Barrymore Theater'', ''Cavalcade of America'', and ''The Ford Television Theatre''. He played an old outlaw, Joe, in the 1956 episode, "Vengeance Canyon", on ''Dick Powell's Zane Grey Theatre''. In the story line, Joe tries to convince a young Clint Harding (Ben Cooper), that vengeance is not productive. Sheb Wooley played another outlaw, Brock, this episode. He appeared as himself as a musical judge in the 1953–1954 ABC series ''Jukebox Jury''. Brennan later said he preferred doing television to movies because there were not "long lay offs between jobs." He continued to appear in movies such as ''Gunpoint!'' (1955) and ''The Proud Ones'' (1956) and was in a short about Israel, ''Man on a Bus'' (1955). Brennan was in "Americana" films such as ''Glory'' (1956), ''Come Next Spring'' (1956) and in Batjac's ''Good-bye My Lady'' (1956) with 14-year-old Brandon deWilde with whom he recorded ''The Stories of Mark Twain'' that same year. In the latter film he was top billed and directed by William Wellman but the film was not widely seen. He appeared in ''The Way to the Gold'' (1957) and was in a big hit playing Debbie Reynolds's grandfather in the romantic comedy ''Tammy and the Bachelor'' (1957). Brennan was given another lead role in ''God Is My Partner'' (1957), a low budget movie that was a surprise hit.

Brennan had resisted overtures to star in a regular TV series but relented for ''The Real McCoys'', a sitcom about a poor West Virginia family that relocated to a farm in Southern California. It was a hit and ran from 1957 to 1963. Brennan continued to appear in films and other TV shows during the series' run such as ''Colgate Theatre'' and another Howard Hawks' picture, ''Rio Bravo'' (1959), in support to John Wayne and Dean Martin. After five years on ABC, ''The Real McCoys'' switched to CBS for a final season. Brennan joined with the series creator, Irving Pincus, to form Brennan-Westgate Productions. The series was co-produced with Danny Thomas's Marterto Productions. It also featured Richard Crenna, Kathleen Nolan, Lydia Reed, and Michael Winkelman. For Brennan Productions, Brennan starred in ''Shoot Out at Big Sag'' (1962). He appeared as a villainous river pirate up against James Stewart in MGM's epic ''How the West Was Won'' (1963).

Brennan's success with ''The Real McCoys'' led to him making a few recordings, the most popular being "Old Rivers", about an old farmer and his mule, which was released as a single in 1962 by Liberty Records with "The Epic Ride of John H. Glenn" on the flip side. "Old Rivers" peaked at number five in the U.S. ''Billboard'' chart, making the 67 year-old Brennan the oldest living person to have a Top 40 hit at the time, in fact, the oldest living person to have a top 5 hit. At age 68, Brennan reached the Top 40 again, this time with "Mama Sang a Song" on 17 November 1962. In his music, he sometimes worked with Allen "Puddler" Harris, a Louisiana native who was a member of the original Ricky Nelson Band. After ''The Real McCoys'' ended, Brennan provided the voice for a cartoon of ''The Shooting of Dan McGrew''. On June 25, 2019, ''The New York Times Magazine'' listed Walter Brennan among hundreds of artists whose material was reportedly destroyed in the 2008 Universal fire.

Other TV roles and Disney

Brennan starred as the wealthy executive Walter Andrews in the short-lived 1964–1965 ABC series ''The Tycoon'', with Van Williams. Brennan had a support part in ''Those Calloways'' (1965), his first movie for the Disney Organisation, where he was again paired with Brandon deWilde. He had a small role in ''The Oscar'' (1966). In 1967, he starred in another ABC series, ''The Guns of Will Sonnett'' (1967–1969), as an older man in search of his gunfighter son, James Sonnett, with his grandson, Jeff, played by Dack Rambo. It ran for two seasons. Brennan was top billed in Disney's ''The Gnome-Mobile'' (1967) and did a pilot for a TV series ''Horatio Alger Jones'' that was not picked up. After a support role in ''Who's Minding the Mint?'' (1967) he returned to Disney for ''The One and Only, Genuine, Original Family Band'' (1968). Brennan had an excellent part as the villain in ''Support Your Local Sheriff!'' (1969) with James Garner.

Brennan received top billing over Pat O'Brien in the TV movie ''The Over-the-Hill Gang'' (1969) and Fred Astaire in ''The Over-the-Hill Gang Rides Again'' (1970). He joined the second season of the CBS sitcom ''To Rome with Love'' (1969–1971), with John Forsythe. This was Brennan's last television series as a member of the permanent cast, although he did make a number of appearances on ''Alias Smith and Jones''. Around this time he also starred in the TV movies ''The Young Country'' (1970), ''Two for the Money'' (1972) and ''Home for the Holidays'' (1972). He was announced for a Western, ''One Day in Eden'' but it does not appear to have been made. He started filming ''Herbie Rides Again'' (1973) for Disney but fell ill and had to be replaced. Brennan's last screen appearance was in the Western ''Smoke in the Wind'' (1975), directed by Joseph Kane. 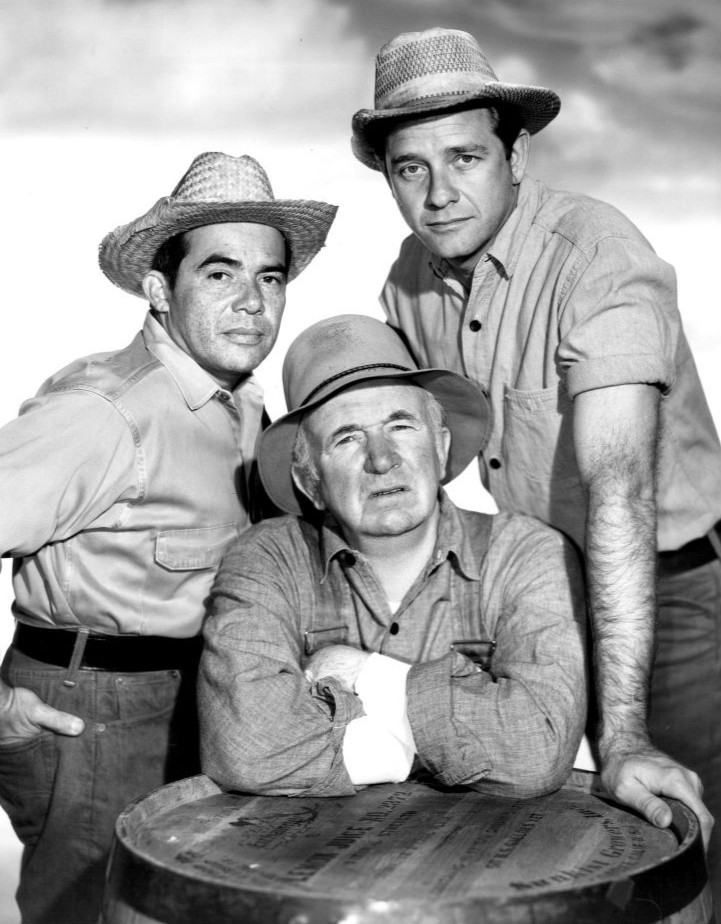