The Voskhod (, ''"Sunrise"'') was a
spacecraft 275px, The US Space Shuttle flew 135 times from 1981 to 2011, supporting Spacelab, ''Mir'', the Hubble Space Telescope, and the ISS. (''Columbia'' STS-1">maiden launch, which had a white external tank, shown), alt=Columbia's first launch on th ...
built by the
Soviet Union The Soviet Union,. officially the Union of Soviet Socialist Republics. (USSR),. was a Federalism, federal socialist state in Northern Eurasia that existed from 1922 to 1991. Nominally a Political union, union of multiple national Republics of t ...
's space program for
human spaceflight

as part of the Voskhod programme. It was a development of and a follow-on to the
Vostok spacecraft 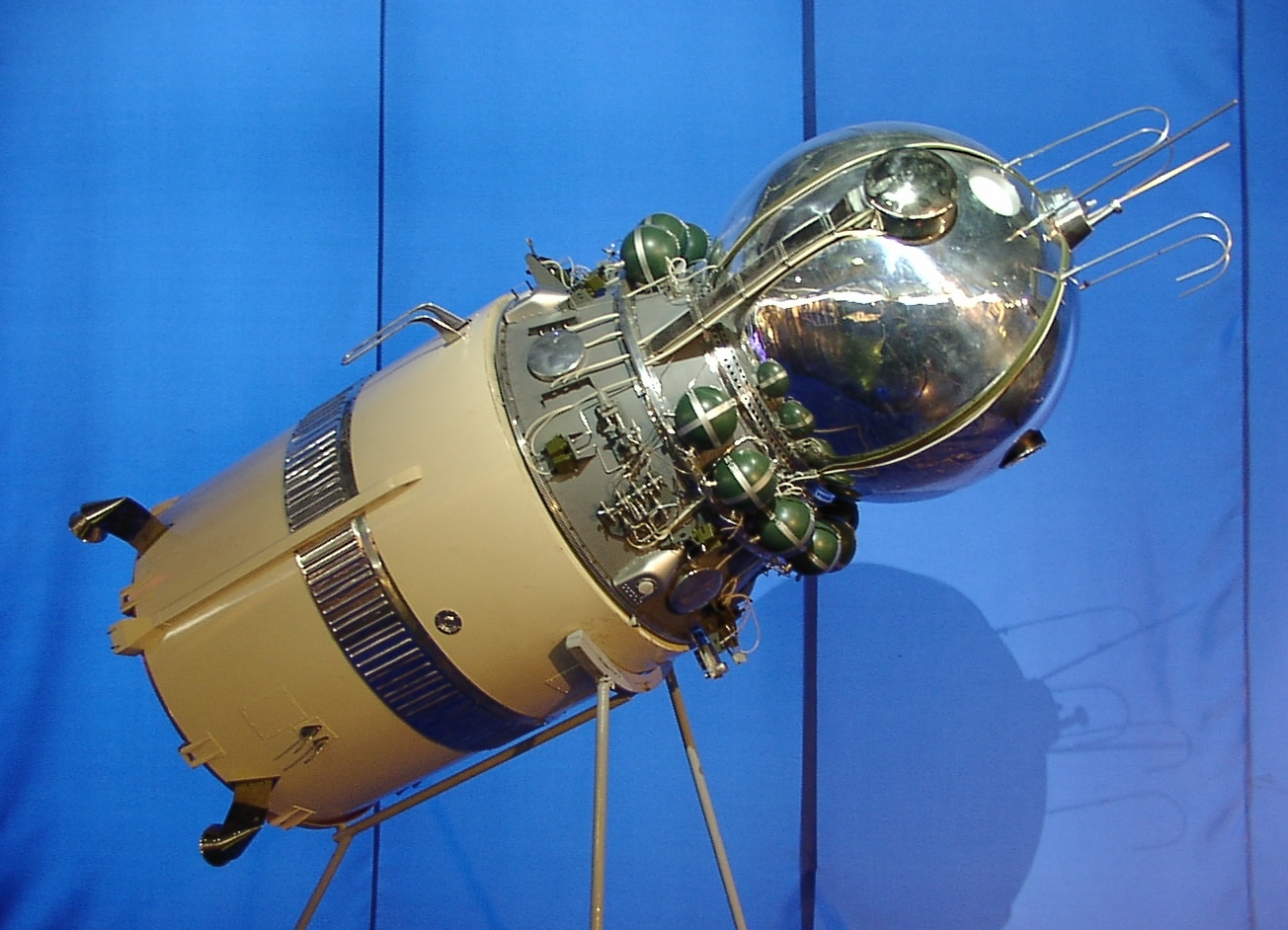 . Voskhod 1 was used for a three-man flight whereas Voskhod 2 had a crew of two. They consisted of a spherical descent module (diameter ), which housed the
cosmonaut An astronaut (from the Greek "astron" (ἄστρον), meaning "star", and "nautes" (ναύτης), meaning "sailor") is a person trained, equipped, and deployed by a human spaceflight program to serve as a commander or crew member aboard a sp ...
s, and instruments, and a conical equipment module (mass , long, wide), which contained propellant and the engine system. Voskhod was superseded by the
Soyuz spacecraft Soyuz () is a series of spacecraft designed for the Soviet space program by the Korolev Design Bureau (now Energia) in the 1960s that remains in service today, having made more than 140 flights. The Soyuz succeeded the Voskhod spacecraft and w ...
in 1967.

The Voskhod spacecraft was, essentially, a Vostok spacecraft that had a backup solid fuel retrorocket added to the top of the descent module. The ejection seat was removed for more space and two or three crew couches were added to the interior at a 90° angle to that of the Vostok crew position. There was no provision for crew escape in the event of a launch or landing emergency. Lack of space meant that the three crew members of Voskhod 1 did not wear space suits. Both crew members wore spacesuits on the Voskhod 2 mission, as it involved an EVA and used an inflatable airlock. This allowed cosmonaut
Alexei Leonov Alexei Arkhipovich Leonov. (30 May 1934 – 11 October 2019) was a Soviet and Russian cosmonaut, Soviet Air Forces, Air Force major general, writer, and artist. On 18 March 1965, he became the first person to conduct a spacewalk, exiting the Sp ...

to exit and re-enter the craft. It was needed because the vehicle's electrical and environmental systems were air-cooled, and complete capsule depressurization would lead to overheating. The airlock weighed , was in diameter, high when collapsed for launch. When extended in orbit, it was long, had an internal diameter of and an external diameter of . The second crew member wore a spacesuit as a precaution against accidental descent module depressurization. The airlock was jettisoned after use. The lack of ejection seats meant that the Voskhod crew would return to Earth inside their spacecraft, unlike the Vostok cosmonauts who ejected and parachuted down separately. Because of this, a new landing system was developed, which added a small solid-fuel rocket to the parachute lines. It fired as the descent module neared touchdown, providing a softer landing. A backup solid-fueled retrorocket was added to the top of the descent module in the event that the main retrorocket failed. This had not been necessary on Vostok as the orbit was low enough that the spacecraft would decay in ten days if the retrorocket failed, there being enough onboard consumables to sustain the cosmonaut that long. In any case, the Blok E equipped R-7 booster lacked sufficient lift capacity for a backup retrorocket. Since Voskhod was well below the maximum lift capacity of the larger Blok I equipped R-7, it would be put into a quite high orbit and not decay in ten days. Voskhod utilized the 11A57 booster, essentially the Molniya 8K78L with the Blok L stage removed to create a medium-lift LEO launcher, and later the launch vehicle for the Soyuz program. The spacecraft notably lacked any launch escape system, meaning that the crew would not survive a booster failure that occurred in the first 2.5 minutes of launch (after payload shroud jettison, the descent module could simply be detached). Although work had begun on an LES in 1962, it was not ready yet and so the engineers and cosmonauts simply had to gamble that the booster functioned properly during ascent, as by 1964, the R-7's success rate was improving but still not perfect.

Also known as Voskhod. Adaptation of the Vostok spacecraft for three cosmonauts. This version flew twice, on 6 October 1964 uncrewed (as Kosmos 47) and on 12 October 1964 crewed as Voskhod 1.