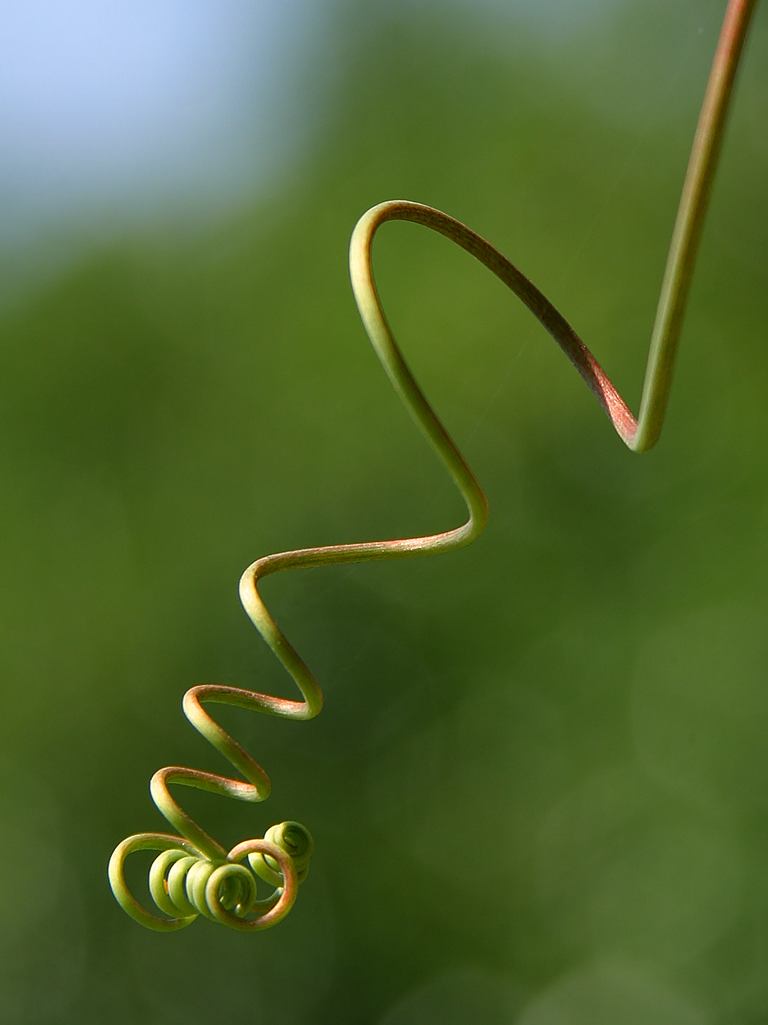 A vine (Latin ''vīnea'' "grapevine", "vineyard", from ''vīnum'' "wine") is any plant with a growth habit of trailing or scandent (that is, climbing) stems, lianas or runners. The word ''vine'' can also refer to such stems or runners themselves, for instance, when used in wicker work. In parts of the world, including the British Isles, the term "vine" usually applies exclusively to grapevines (''Vitis''), while the term "climber" is used for all climbing plants.

Certain plants always grow as vines, while a few grow as vines only part of the time. For instance, poison ivy and bittersweet can grow as low shrubs when support is not available, but will become vines when support is available. A vine displays a growth form based on long stems. This has two purposes. A vine may use rock exposures, other plants, or other supports for growth rather than investing energy in a lot of supportive tissue, enabling the plant to reach sunlight with a minimum investment of energy. This has been a highly successful growth form for plants such as kudzu and Japanese honeysuckle, both of which are invasive exotics in parts of North America. There are some tropical vines that develop skototropism, and grow away from the light, a type of negative phototropism. Growth away from light allows the vine to reach a tree trunk, which it can then climb to brighter regions. The vine growth form may also enable plants to colonize large areas quickly, even without climbing high. This is the case with periwinkle and ground ivy. It is also an adaptation to life in areas where small patches of fertile soil are adjacent to exposed areas with more sunlight but little or no soil. A vine can root in the soil but have most of its leaves in the brighter, exposed area, getting the best of both environments. The evolution of a climbing habit has been implicated as a key innovation associated with the evolutionary success and diversification of a number of taxonomic groups of plants. It has evolved independently in several plant families, using many different climbing methods, such as: * twining the stem around a support (e.g., morning glories, ''Ipomoea'' species) * by way of adventitious, clinging roots (e.g., ivy, ''Hedera'' species) * with twining petioles (e.g., ''Clematis'' species) * using tendrils, which can be specialized shoots (Vitaceae), leaves (Bignoniaceae), or even inflorescences (''Passiflora'') * using tendrils which also produce adhesive pads at the end that attach themselves quite strongly to the support (''Parthenocissus'') * using thorns (e.g. climbing rose) or other hooked structures, such as hooked branches (e.g. ''Artabotrys hexapetalus'') The climbing fetterbush (''Pieris phillyreifolia'') is a woody shrub-vine which climbs without clinging roots, tendrils, or thorns. It directs its stem into a crevice in the bark of fibrous barked trees (such as bald cypress) where the stem adopts a flattened profile and grows up the tree underneath the host tree's outer bark. The fetterbush then sends out branches that emerge near the top of the tree. Most vines are flowering plants. These may be divided into woody vines or lianas, such as wisteria, kiwifruit, and common ivy, and herbaceous (nonwoody) vines, such as morning glory. One odd group of vining plants is the fern genus ''Lygodium'', called climbing ferns. The stem does not climb, but rather the fronds (leaves) do. The fronds unroll from the tip, and theoretically never stop growing; they can form thickets as they unroll over other plants, rockfaces, and fences. 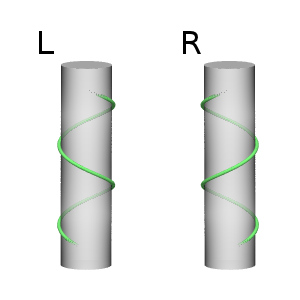 A twining vine, also known as a bine, is one that climbs by its shoots growing in a helix, in contrast to vines that climb using tendrils or suckers. Many bines have rough stems or downward-pointing bristles to aid their grip. Hops (used in flavoring beer) are a commercially important example of a bine. The direction of rotation of the shoot tip during climbing is autonomous and does not (as sometimes imagined) derive from the shoot's following the sun around the sky – the direction of twist does not therefore depend upon which side of the equator the plant is growing on. This is shown by the fact that some bines always twine clockwise, including runner bean (''Phaseolus coccineus'') and bindweed (''Convolvulus'' species), while others twine anticlockwise, including French bean (''Phaseolus vulgaris'') and climbing honeysuckles (''Lonicera'' species). The contrasting rotations of bindweed and honeysuckle was the theme of the satirical song "Misalliance", written and sung by Michael Flanders and Donald Swann.

The term "vine" also applies to cucurbitaceae like cucumbers where botanists refer to creeping vines; in commercial agriculture the natural tendency of coiling tendrils to attach themselves to pre-existing structures or espaliers is optimized by the installation of trellis netting. Gardeners can use the tendency of climbing plants to grow quickly. If a plant display is wanted quickly, a climber can achieve this. Climbers can be trained over walls, pergolas, fences, etc. Climbers can be grown over other plants to provide additional attraction. Artificial support can also be provided. Some climbers climb by themselves; others need work, such as tying them in and training them.

Vines widely differ in size, form and evolutionary origin. Darwin classified climbing groups based on their climbing method. He classified five classes of vines – twining plants, leaf climbers, tendril bearers, root climbers and hook climbers. Vines are unique in that they have multiple evolutionary origins. They usually reside in tropical locations and have the unique ability to climb. Vines are able to grow in both deep shade and full sun due to their uniquely wide range of phenotypic plasticity. This climbing action prevents shading by neighbors and allows the vine to grow out of reach of herbivores. The environment where a vine can grow successfully is determined by the climbing mechanism of a vine and how far it can spread across supports. There are many theories supporting the idea that photosynthetic responses are closely related to climbing mechanisms. vine on the street in Sochi, Russia]] Temperate twining vines, which twist tightly around supports, are typically poorly adapted for climbing beneath closed canopies due to their smaller support diameter and shade intolerance. In contrast, tendril vines usually grow on the forest floor and onto trees until they reach the surface of the canopy, suggesting that they have greater physiological plasticity. It has also been suggested that twining vines' revolving growth is mediated by changes in turgor pressure mediated by volume changes in the epidermal cells of the bending zone. Climbing vines can take on many unique characteristics in response to changes in their environments. Climbing vines can induce chemical defenses and modify their biomass allocation in response to herbivores. In particular, the twisting vine ''Convolvulus arvensis'' increases its twining in response to herbivore-associated leaf damage, which may lead to reduced future herbivory. Additionally, the tendrils of perennial vine ''Cayratia japonica'' are more likely to coil around nearby plants of another species than nearby plants of the same species in natural and experimental settings. This ability, which has only been previously documented in roots, demonstrates the vine's ability to distinguish whether another plant is of the same species as itself or a different one. In tendrilled vines, the tendrils are highly sensitive to touch and the coiling action is mediated by the hormones octadecanoids, jasmonates and indole-3-acetic acid. The touch stimulus and hormones may interact via volatile compounds or internal oscillation patterns. Research has found the presence of ion translocating ATPases in the ''Bryonia dioica'' species of plants, which has implications for a possible ion mediation tendril curling mechanism. In response to a touch stimulus, vanadate sensitive K+, Mg2+ ATPase and a Ca2+ translocating ATPase rapidly increase their activity. This increases transmembrane ion fluxes that appear to be involved in the early stages of tendril coiling.