Click Here for Items Related To - Vanity Fair (magazine)
''Vanity Fair'' is a monthly magazine of popular culture, fashion, and current affairs published by Condé Nast in the United States. The first version of ''Vanity Fair'' was published from 1913 to 1936. The imprint was revived in 1983 and currently includes five international editions of the magazine. As of 2018, the Editor-in-Chief is Radhika Jones. 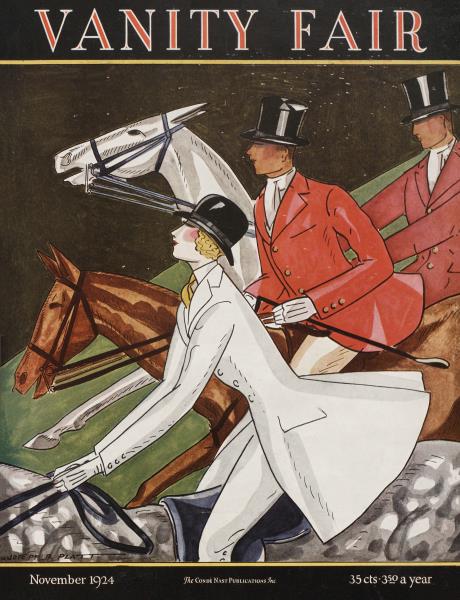 Condé Montrose Nast began his empire by purchasing the men's fashion magazine ''Dress'' in 1913. He renamed the magazine ''Dress and Vanity Fair'' and published four issues in 1913. It continued to thrive into the twenties. However, it became a casualty of the Great Depression and declining advertising revenues, although its circulation, at 90,000 copies, was at its peak. Condé Nast announced in December 1935 that ''Vanity Fair'' would be folded into ''Vogue'' (circulation 156,000) as of the March 1936 issue.