Click Here for Items Related To - University of the East


The University of the East ( fil, Pamantasan ng Silangan), also known as UE, is a private university located in
Manila Manila ( , ; fil, Maynila, ), officially the City of Manila ( fil, Lungsod ng Maynila ), is the capital city, capital of the Philippines, and its second most populous city. It is Cities of the Philippines#Independent cities, highly urbanized ...
,
Philippines The Philippines (; fil, Pilipinas or ''Filipinas'' ), officially the Republic of the Philippines ( fil, Republika ng Pilipinas), * bik, Republika kan Filipinas * ceb, Republika sa Pilipinas * cbk, República de Filipinas * hil, Republik ...
. Founded in 1946, business tycoon Lucio Tan acquired the university in 1990. UE was once labeled as the "largest university in Asia" when its enrollment in the past reached over 65,000 students. The Commission on Higher Education (CHED) granted UE autonomous status and recognized 2 of its programs as Center of Excellence and 1 program as Center of Development. UE offers degree programs from basic education to graduate studies. UE has two other campuses, one in
Caloocan , officially the ( tl, Lungsod ng ; ), is a in Metropolitan Manila Metropolitan Manila (often shortened as Metro Manila; fil, Kalakhang Maynila), officially the National Capital Region (NCR; fil, Pambansang Punong Rehiyon), is the ca ...
, and its medical school, the University of the East Ramon Magsaysay Memorial Medical Center, UE Ramon Magsaysay Memorial Medical Center located in Aurora Blvd., Dona Imelda, Quezon City.

The UE Manila Campus (main campus) consists of twelve buildings, located on the heart of University Belt area, Sampaloc, Manila, Sampaloc,
Manila Manila ( , ; fil, Maynila, ), officially the City of Manila ( fil, Lungsod ng Maynila ), is the capital city, capital of the Philippines, and its second most populous city. It is Cities of the Philippines#Independent cities, highly urbanized ...
. The campus faces Claro M. Recto Avenue, near Mendiola, Mendiola Street and Legarda station. All of the campuses are fully integrated with the Smart ID System. One of the beautification project of the university is the construction of the Tan Yan Kee Garden. On October 6, 2009, the Commission on Higher Education has granted the Autonomous status to the University of the East-Manila Campus. On September 12, 2012, the University inaugurated the Dr. Lucio C. Tan Building. It is an eight-story building and the new home of UE Caloocan's Elementary and High School Department (EHSD). The edifice was named after UE's Chairman of the Board and Chief Executive Officer. In 2013 UE Manila Annex was up at the former Ever Gotesco Mall along Recto avenue near the UE Manila. A seven-story Dr. Lucio C. Tan Building housed the brightest UE Dentistry and was open November 2014. On April 2, 2016 a fire broke out in the second floor of the University of the East-College of Arts and Science Building, the Engineering Building together with the University Chapel caught fire. Leaving the newly renovated CAS building in ruins. The groundbreaking ceremony on May 22, 2017 for the new Lualhati Building would be erected at the footprint of these buildings.

Two programs of the University of the East are recognized as Centers of Excellence by the Commission on Higher Education, namely in Medicine and Information Technology. Its Nursing program is recognized as Center of Development. It has 21 programs accredited by Philippine Association of Colleges and Universities Commission on Accreditation (PACUCOA). 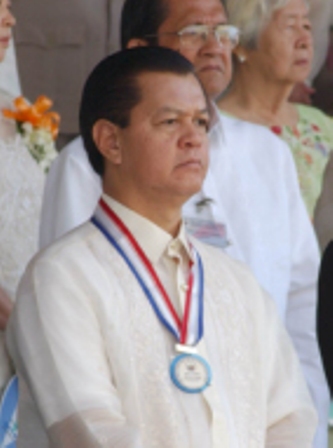 The Red Warriors is the champion of the 2013 FilOil Flying V Hanes Premier Cup. University of the East is one of the schools in the University Athletic Association of the Philippines. UE hosted of the 2006–2007 season with the theme "Achieving Excellence in Sports Through Unity, Harmony and Commitment." The Seniors basketball team is called the UE Red Warriors. The women's teams are called the Amazons, while the Juniors teams are the Pages. The University colors are Red and White. The University fields teams and has won championships in athletics, basketball, chess, fencing, football, gymnastics, softball and weightlifting in UAAP tournaments. Some UE students have also participated in the Southeast Asian Games and other tournaments. UE is also a member of Shakey's V-League, Father Martin Cup, and the Home and Away Invitational League (HAIL), where it has won as champion in men's basketball. The UE Red Warriors were crowned as the champions of the fourth 2006 Collegiate Champions League (CCL). Another Warriors' accomplishment was capturing the HAIL Championship again. The UE Red Warriors ruled the 2007 Home and Away Invitational League (HAIL) basketball tournament, capturing their 3rd straight championship in three years. The men's basketball team is currently tied with the UST Growling Tigers as the second winningest team in UAAP history, with UAAP Basketball Champions, 18 titles, most of them coming from the time of Robert Jaworski and coach Baby Dalupan. The Red Warriors hold the longest senior basketball championship run with seven straight UAAP titles. They also hold the longest finals appearance streak, with sixteen straight from 1957 to 1972.

Lawrence Chongson, the Coach of the Cobra Energy Drink team in the Philippine Basketball League (PBL) The University of the East (UE) Red Warriors finally closed the curtains for the Far Eastern University (FEU) Tamaraws on their way to the UAAP Season 72 Finals. The Warriors lost the crucial last game of the best-of-three finals with the Ateneo de Manila University Blue Eagles with honor. They thus lost their shot at the Season 72 UAAP crown. First year head coach, Lawrence Chongson lauded his boys for their efforts, especially for their will for not giving up.

The Red Warriors completed a rare 14 – 0 sweep of the elimination rounds, with winning margins above 16 points. Aside from surpassing the 9 – 0 start of the 1986 UE squad bannered by Jerry Codiñera, the Warriors clinched an automatic finals berth and matching the 14 – 0 record accomplished 14 years ago by the UST Growling Tigers, which automatically claimed them the 1993 title. The Red Warriors however lost to the De La Salle Green Archers, which swept the Warriors in their best-of-three Finals series in a score of 73–64 victory on Game 2, October 7, 2007 at the Big Dome.

The UE Red Warriors defeats NU Bulldogs to snatch the Filoil Flying V Preseason Hanes Cup title via an 81–68 win at The Arena in San Juan, Metro Manila, San Juan. Roi Sumang came through with a near triple-double effort with 18 points, nine rebounds and six assists to cap a sterling season with the league Master MVP trophy.

In 2014 UAAP Season 77 will be hosted by University of the East with Ms. Carmelita Mateo as president. Eight universities will be competing in fifteen sports to earn points for the general championship. Some of these sports are aired live or on a delayed telecast by ABS-CBN Sports+Action and ABS-CBN Channel 2. All the men's basketball games and the women's volleyball games are aired live by ABS-CBN Sports, the former for the fifteenth consecutive year following the renewal of the contract for the broadcast of the games and the latter since Season 69.


University of the East

University of the East – Caloocan Campus