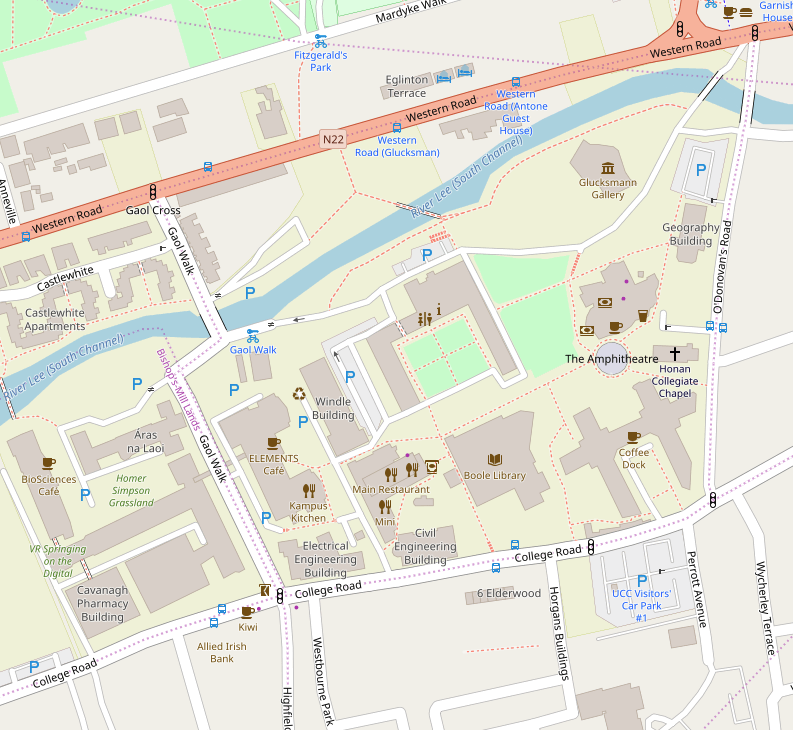 Queen's College, Cork, was founded by the provisions of an act which enabled Queen Victoria to endow new colleges for the "Advancement of Learning in Ireland". Under the powers of this act, the three colleges of Belfast, Cork and Galway were incorporated on 30 December 1845. The college opened in 1849 with 23 professors and 181 students; Medicine, Arts, and Law were the three founding faculties. A year later the college became part of the Queen's University of Ireland. The original site chosen for the college was considered appropriate as it was believed to have had a connection with the patron saint of Cork, Saint Finbarr. His monastery and school of learning were close by at Gill Abbey Rock and the mill attached to the monastery is thought to have stood on the bank of the south channel of the River Lee, which runs through the College lower grounds. This association is also reflected in the College motto "Where Finbarr Taught, Let Munster Learn" which is also the university motto. Adjacent to Gillabbey and overlooking the valley of the river Lee, the site was selected in 1846. The Tudor Gothic quadrangle and early campus buildings were designed and built by Sir Thomas Deane (1792-1871) and Benjamin Woodward (1816-1861). Queen's College Cork officially opened its doors in November 1849, with further buildings added later, including the Medical/Windle Building in the 1860s.

As of 2016, University College Cork (UCC) had 21,000 students. These included 15,000 in undergraduate programmes, 4,400 in postgraduate study and research, and 2,800 in adult continuing education across undergraduate, postgraduate and short courses. The student base is supported by 2,800 academic, research and administrative staff. As of 2017, UCC reportedly had 150,000 alumni worldwide.

Student numbers, at over 21,000 in 2016, increased from the late 1980s, precipitating the expansion of the campus by the acquisition of adjacent buildings and lands. This expansion continued with the opening of the Alfred O'Rahilly building in the late 1990s, the Cavanagh Pharmacy building, the Brookfield Health Sciences centre, the extended ''Áras na MacLéinn'' (Devere Hall), the Lewis Glucksman Gallery in 2004, ''Experience UCC'' (Visitors' Centre) and an extension to the ''Boole Library'' – named for the first professor of mathematics at UCC, George Boole, who developed the algebra that would later make computer programming possible. The University also completed the Western Gateway Building in 2009 on the site of the former Cork Greyhound track on the Western Road as well as refurbishment to the Tyndall institute buildings at the Lee Maltings Complex. In 2016, UCC acquired the Cork Savings Bank building on Lapps Quay in the centre of Cork city. As of 2017, the university is rolling out a programme to increase the space across its campuses, with part of this development involving the creation of a 'student hub' to support academic strategy, to add 600 new student accommodation spaces, and to develop an outdoor sports facility. 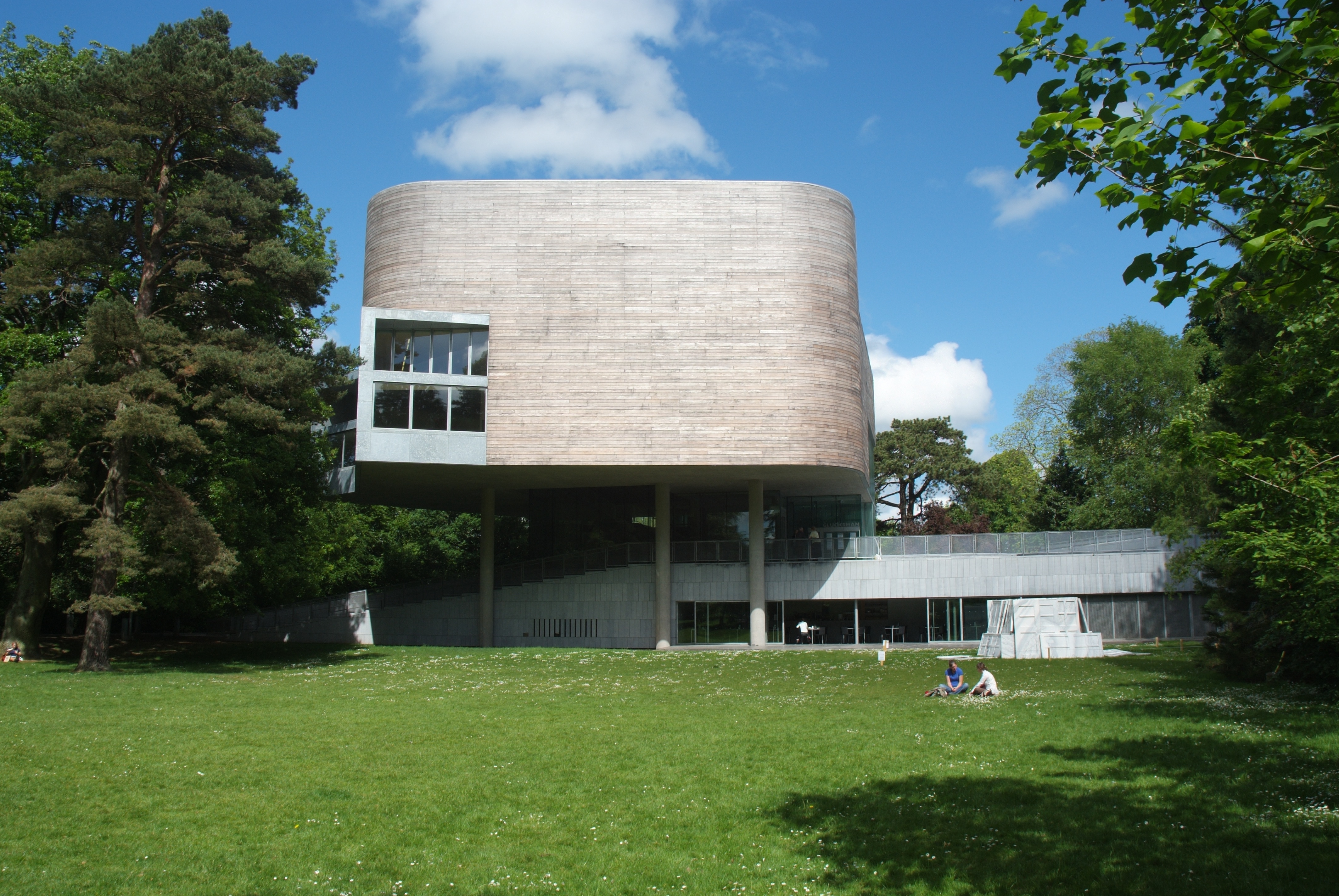 Also in 2006, the University re-opened the Crawford Observatory, a structure built in 1880 on the grounds of the university by Sir Howard Grubb. Grubb, son of the Grubb telescope building family in Dublin, designed the observatory and built the astronomical instruments for the structure. The University paid for an extensive restoration and conservation of the building and the three main telescopes, the Equatorial, the Transit Circle and Sidereostatic telescopes. In November 2009, a number of UCC buildings were damaged by flooding. The floods also affected other parts of Cork City, with many students being evacuated from accommodation. The college authorities postponed academic activities for a week, and indicated that it would take until 2010 before all flood damaged property would be repaired. Particularly impacted was the newly opened Western Gateway Building, with the main lecture theatre requiring a total refit just months after opening for classes. In 2018, UCC's campus became home to the first "plastic free" café in Ireland, with the opening of the Bio Green Café in the Biosciences building.

The university is one of Ireland’s leading research institutes, with among the highest research income in the state. In 2016, UCC secured research funding of over €96 million, a 21% increase over a five-year period and a high for the university. The university had seven faculties: Arts and Celtic Studies, Commerce, Engineering, Food Science and Technology, Law, Medicine, and Science. Between 2005 and 2006 the university was restructured from these seven faculties into four colleges: Arts, Celtic Studies and Social Science; Business and Law; Medicine and Health; and Science, Engineering and Food Science. According to the 2009-2012 UCC Strategic plan,