The United States Invasion of Panama, codenamed Operation Just Cause, lasted over a month between mid-December 1989 and late January 1990. It occurred during the administration of President George H. W. Bush and ten years after the Torrijos–Carter Treaties were ratified to transfer control of the Panama Canal from the U.S. to Panama by January 1, 2000. The primary purpose of the invasion was to depose the ''de facto'' Panamanian leader, general and dictator Manuel Noriega. Noriega, who for a long time worked with the Central Intelligence Agency, was wanted by the United States for racketeering and drug trafficking. Following the operation, the Panama Defense Forces were dissolved and President-elect Guillermo Endara was sworn into office. The United Nations General Assembly and the Organization of American States condemned the invasion as a violation of international law.

The United States had maintained numerous military bases and a substantial garrison throughout the Canal Zone to protect the American-owned Panama Canal and to maintain American control of this strategically important area. On September 7, 1977, U.S. President Jimmy Carter and the ''de facto'' leader of Panama, General Omar Torrijos, signed Torrijos–Carter Treaties, which set in motion the process of handing over the Panama Canal to Panamanian control by 2000. Although the canal was destined for Panamanian administration, the military bases remained and one condition of the transfer was that the canal would remain open for American shipping. The U.S. had long-standing relations with General Noriega, who served as a U.S. intelligence asset and paid informant of the Central Intelligence Agency from 1967, including the period when Bush was head of the CIA (1976–77). Noriega had sided with the U.S. rather than the USSR in Central America, notably in sabotaging the forces of the Sandinista government in Nicaragua, and the revolutionaries of the FMLN group in El Salvador. Noriega received upwards of $100,000 per year from the 1960s until the 1980s, when his salary was increased to $200,000 per year. Although he worked with the Drug Enforcement Administration to restrict illegal drug shipments, he was known to simultaneously accept significant financial support from drug dealers, because he facilitated the laundering of drug money, and through Noriega, they received protection from DEA investigations due to his special relationship with the CIA. In the mid-1980s, relations between Noriega and the United States began to deteriorate. In 1986, U.S. President Ronald Reagan opened negotiations with General Noriega, requesting that the Panamanian leader step down after he was publicly exposed in ''The New York Times'' by Seymour Hersh, and was later implicated in the Iran-Contra Scandal. Reagan pressured him with several drug-related indictments in U.S. courts (see ''United States v. Noriega''); however, since extradition laws between Panama and the U.S. were weak, Noriega deemed this threat not credible and did not submit to Reagan's demands. In 1988, Elliot Abrams and others in the Pentagon began pushing for a U.S. invasion, but Reagan refused, due to Bush's ties to Noriega through his previous positions in the CIA and the Task Force on Drugs, and their potentially negative impact on Bush's presidential campaign. Later negotiations involved dropping the drug-trafficking indictments. In March 1988, Noriega's forces resisted an attempted coup against the government of Panama. As relations continued to deteriorate, Noriega appeared to shift his Cold War allegiance towards the Soviet bloc, soliciting and receiving military aid from Cuba, Nicaragua, and Libya. American military planners began preparing contingency plans to invade Panama. 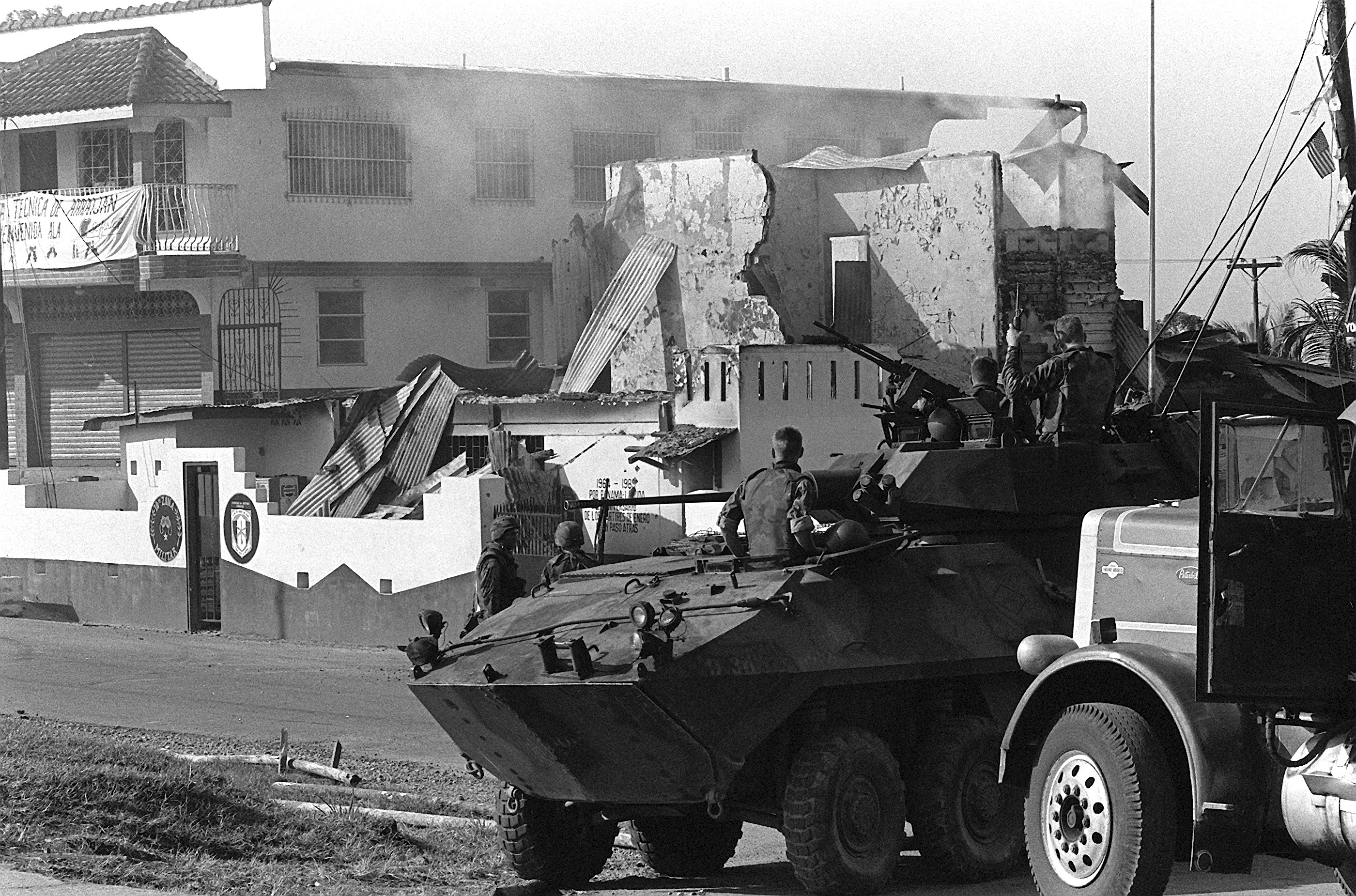 In May 1989, during the Panamanian national elections, an alliance of parties opposed to the Noriega dictatorship counted results from the country's election precincts, before they were sent to the district centers. Their tally showed their candidate, Guillermo Endara, defeating Carlos Duque, candidate of a pro-Noriega coalition, by nearly 3–1. Endara was physically assaulted by Noriega supporters the next day in his motorcade. Noriega declared the election null and maintained power by force, making him unpopular among Panamanians. Noriega's government insisted that it had won the presidential election and that irregularities had been on the part of U.S.-backed candidates from opposition parties. Bush called on Noriega to honor the will of the Panamanian people. The United States reinforced its Canal Zone garrison, and increased the tempo of training and other activities intended to put pressure on Noriega. In October 1989, Noriega foiled a second coup attempt by members of the Panamanian Defense Forces (PDF), led by Major Moisés Giroldi. Pressure mounted on Bush. Bush declared that the U.S. would not negotiate with a drug trafficker and denied knowledge of Noriega's involvement with the drug trade prior to his February 1988 indictment, although Bush had met with Noriega while Director of the CIA and had been the Chair of the Task Force on Drugs while Vice President. On December 15, the Panamanian general assembly passed a resolution declaring that a state of war existed between Panama and the United States. The next day, four U.S. military personnel were stopped at a roadblock around 9:00 p.m. outside PDF headquarters in the ''El Chorrillo'' neighborhood of Panama City. Marine Captain Richard E. Hadded, Navy Lieutenant Michael J. Wilson, Army Captain Barry L. Rainwater, and Marine First Lieutenant Robert Paz had left the Fort Clayton military base and were on their way to have dinner at the Marriott Hotel in downtown Panama City. The U.S. Department of Defense reported that the servicemen had been unarmed, were in a private vehicle, and attempted to flee only after their vehicle was surrounded by an angry crowd of civilians and PDF troops. The PDF asserted later that the Americans were armed and on a reconnaissance mission. The PDF opened fire and Lieutenant Paz was fatally wounded by a round that entered the rear of the vehicle and struck him in the back. Captain Hadded, the driver of the vehicle, was also wounded in the foot. Paz was rushed to Gorgas Army Hospital but died of his wounds. He received the Purple Heart posthumously. According to U.S. military sources, a U.S. Naval officer and his wife witnessed the incident and were detained by Panamanian Defense Force soldiers. While in police custody, they were assaulted by the PDF. The U.S. Naval officer spent two weeks in hospital recovering from the beating. PDF soldiers sexually threatened his wife. The next day, President Bush ordered the execution of the Panama invasion plan; the military set H-Hour as 0100 on December 20. 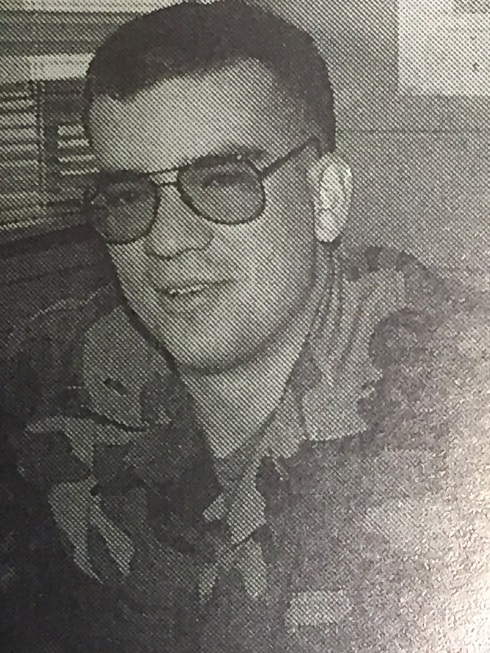 Several neighboring governments secretly tried to negotiate a peaceful outcome and Noriega's willing resignation. Presidents Oscar Arias and Daniel Oduber of Costa Rica, Carlos Andrés Pérez of Venezuela, Alfonso López Michelsen of Colombia and Spanish Prime Minister Felipe González all on different occasions met Noriega in secret attempting to convince him to leave power and self-exile himself in Spain, to no avail.


United States's justification for the invasion

The official U.S. justification for the invasion was articulated by President George H. W. Bush on the morning of December 20, 1989, a few hours after the start of the operation. Bush cited Panama's declaration of a state of war with the United States and attacks on American troops as justification for the invasion. Bush further identified four objectives of the invasion: * Safeguarding the lives of U.S. citizens in Panama. In his statement, Bush stated that Noriega had declared that a state of war existed between the U.S. and Panama and that he threatened the lives of the approximately 35,000 U.S. citizens living there. There had been numerous clashes between U.S. and Panamanian forces; one U.S. Marine had been killed a few days earlier. * Defending democracy and human rights in Panama. * Combating drug trafficking. Panama had become a center for drug money laundering and a transit point for drug trafficking to the U.S. and Europe. * Protecting the integrity of the Torrijos–Carter Treaties. Members of Congress and others in the U.S. political establishment claimed that Noriega threatened the neutrality of the Panama Canal and that the U.S. had the right under the treaties to intervene militarily to protect the canal. U.S. military forces were instructed to begin maneuvers and activities within the restrictions of the Torrijos-Carter Treaties, such as ignoring PDF roadblocks and conducting short-notice "Category Three" military exercises on security-sensitive targets, with the express goal of provoking PDF soldiers. U.S. SOUTHCOM kept a list of abuses against U.S. servicemen and civilians by the PDF while the orders to incite PDF soldiers were in place. As for the Panamanian legislature's declaration of a state of war between the U.S. and Panama, Noriega insists that this statement referred to a state of war directed by the U.S. against Panama, in the form of what he claimed were harsh economic sanctions and constant, provocative military maneuvers (Operations Purple Storm and Sand Flea) that were prohibited by the Torrijos-Carter Treaties. The U.S. had turned a blind eye to Noriega's involvement in drug trafficking since the 1970s. Noriega was then singled out for direct involvement in these drug trafficking operations due to the widespread public knowledge of his involvement in money laundering, drug activities, political murder, and human rights abuses. Bush's four reasons for the invasion provided sufficient justification to establish bipartisan Congressional approval and support for the invasion. However, the secrecy before initiation, the speed and success of the invasion itself, and U.S. public support for it (80% public approval) did not allow Democrats to object to Bush's decision to use military force.