upright=1.2, The Senate Armed Services Committee hearing testimony in the Hart Senate Office Building in 2007. A congressional committee is a legislative sub-organization in the
United States Congress The United States Congress or U.S. Congress is the bicameral legislature of the federal government of the United States and consists of the House of Representatives and the Senate. The Congress meets in the United States Capitol in Wa ...
that handles a specific duty (rather than the general duties of Congress). Committee membership enables members to develop specialized knowledge of the matters under their jurisdiction. As "little legislatures", the committees monitor ongoing governmental operations, identify issues suitable for legislative review, gather and evaluate information, and recommend courses of action to their parent body.
Woodrow Wilson Thomas Woodrow Wilson (December 28, 1856February 3, 1924) was an American politician and academic who served as the 28th president of the United States The president of the United States (POTUS) is the head of state and head of governm ...
once wrote, "it is not far from the truth to say that Congress in session is Congress on public exhibition, whilst Congress in its committee rooms is Congress at work." It is not expected that a member of Congress be an expert on all matters and subject areas that come before Congress. Congressional committees provide valuable informational services to Congress by investigating and reporting about specialized subjects. Congress divides its legislative, oversight, and internal administrative tasks among approximately 200 committees and subcommittees. Within assigned areas, these functional subunits gather information; compare and evaluate legislative alternatives; identify policy problems and propose solutions; select, determine, and report measures for full chamber consideration; monitor executive branch performance (oversight); and investigate allegations of wrongdoing. The investigatory functions have always been a key role. In the tabling and wording of new law, procedures such as the House discharge petition process (the process of bringing a bill onto the floor without a committee report or mandatory consent from its leadership) are so laborious and technical that committees, today, dominate the draftsmanship and honing of the detail of many bills laid before Congress. Of the 73 discharge petitions submitted to the full House from 1995 through 2007, only one was successful in securing a definitive yea-or-nay vote for a bill. The growth in autonomy and overlap of committees has fragmented power of the Senate and of the House. This dispersion of power may, at times, weaken the legislative branch relative to the other two branches of the federal government, the executive and the judiciary. In his often cited article ''History of the House of Representatives'', written in 1961, American scholar George B. Galloway (1898–1967) wrote: "In practice, Congress functions not as a unified institution, but as a collection of semi-autonomous committees that seldom act in unison." Galloway went on to cite committee autonomy as a factor interfering with the adoption of a coherent legislative program. Such autonomy remains a characteristic feature of the committee system in Congress today.

In 1932, a reform movement temporarily reduced the number of signatures required on discharge petitions in the U.S. House of Representatives from a constitutional majority of 218 down to 145, i.e., from one-half to one-third of the House membership. This reform was abolished in a 1935 counterattack led by the intra-House oligarchy. Thus the era of the Great Depression marks the last across-the-board change, albeit a short-lived one, in the autonomy of House standing committees. The modern committee structure stems from the
Legislative Reorganization Act of 1946 The Legislative Reorganization Act of 1946 (also known as the Congressional Reorganization Act, ch. 753, , enacted August 2, 1946) was the most comprehensive reorganization of the United States Congress The United States Congress or U.S. Co ...
, the first and most ambitious restructuring of the standing committee system since the committee system was first developed. The 1946 act reduced the number of
House A house is a single-unit residential building, which may range in complexity from a rudimentary hut to a complex structure of wood, masonry, concrete or other material, outfitted with plumbing, electrical, and heating, ventilation, and air con ...
committees from 48 to 19 and the number of
Senate The Curia Julia in the Roman Forum ">Roman_Forum.html" ;"title="Curia Julia in the Roman Forum">Curia Julia in the Roman Forum A senate is a deliberative assembly, often the upper house or Debating chamber, chamber of a bicameral legislatu ...
committees from 33 to 15. Jurisdictions of all committees were codified by rule in their respective chambers, which helped consolidate or eliminate many existing committees and minimize jurisdictional conflicts. The Joint Committee on the Organization of Congress, a temporary committee established in 1993 to conduct a policy and historical analysis of the committee system, determined that while the 1946 Act was instrumental in streamlining the committee system, it did fail to limit the number of subcommittees allowed on any one committee. Today, Rules in the United States House of Representatives, U.S. House of Representatives generally limit each full committee to five subcommittees, with the exception of United States House Committee on Appropriations, Appropriations (12 subcommittees), United States House Committee on Armed Services, Armed Services (7), United States House Committee on Foreign Affairs, Foreign Affairs (7), and United States House Committee on Transportation and Infrastructure, Transportation and Infrastructure (6). There are no limits on the number of United States Congressional subcommittee, subcommittees in the United States Senate, U.S. Senate. Congress has convened several other temporary review committees to analyze and make recommendations on ways to reform and improve the committee system. For example, the Legislative Reorganization Act of 1970 led to further reforms to open Congress to further public visibility, strengthen its decision-making capacities, and augment minority rights. The 1970 Act provided for recorded teller votes in the House's Committee of the Whole; allowed minority party committee members to call their own witnesses during a day of hearings; established the United States Senate Committee on Veterans' Affairs, Senate Committee on Veterans' Affairs; and enhanced the research capabilities of two legislative support agencies: the
Congressional Research Service The Congressional Research Service (CRS), known as Congress's think tank A think tank, or policy institute, is a research institute A research institute, research centre, or research center is an establishment founded for doing research. Resea ...

and the Government Accountability Office, General Accounting Office. Between 1994 to 2014, overall committee staffing was reduced by 35 percent. The number of hearings held in the House declined from 6,000 hearings per year in the 1970s, to about 4,000 hearings in 1994, and to just over 2,000 hearings in 2014. Commentators from both Major party, major parties have expressed concern regarding the loss of committee capacity to research and develop legislative initiatives.

The first
Senate The Curia Julia in the Roman Forum ">Roman_Forum.html" ;"title="Curia Julia in the Roman Forum">Curia Julia in the Roman Forum A senate is a deliberative assembly, often the upper house or Debating chamber, chamber of a bicameral legislatu ...
committee was established April 7, 1789, to draw up Senate rules of procedure. In those early days, the Senate operated with temporary select committees, which were responsive to the entire Senate, with the full Senate selecting their jurisdiction and membership. This system provided a great deal of flexibility, as if one committee proved unresponsive, another could be established in its place. The Senate could also forgo committee referral for actions on legislation or presidential nominations. These early committees generally consisted of three members for routine business and five members for more important issues. The largest committee established during the 1st United States Congress, 1st Congress had eleven members, and was created to determine salaries of the president and vice president. Also in the first session, the entire membership of the Senate was divided into two large committees, with half the senators on the committee to prepare legislation establishing the federal judiciary and the other half on the committee to define the punishment of crimes against the United States. This system proved ineffective, so in 1816 the Senate adopted a formal system of 11 standing committees with five members each. Three of those committees, the United States Senate Committee on Finance, Finance, United States Senate Committee on Foreign Relations, Foreign Relations and the United States Senate Committee on the Judiciary, Judiciary Committees exist largely unchanged today, while the duties of the others have evolved into successor committees. With the advent of this new system, committees are able to handle long-term studies and investigations, in addition to regular legislative duties. According to the Senate Historical Office, "the significance of the change from temporary to permanent committees was perhaps little realized at the time." With the growing responsibilities of the Senate, the committees gradually grew to be the key policy-making bodies of the Senate, instead of merely technical aids to the chamber. 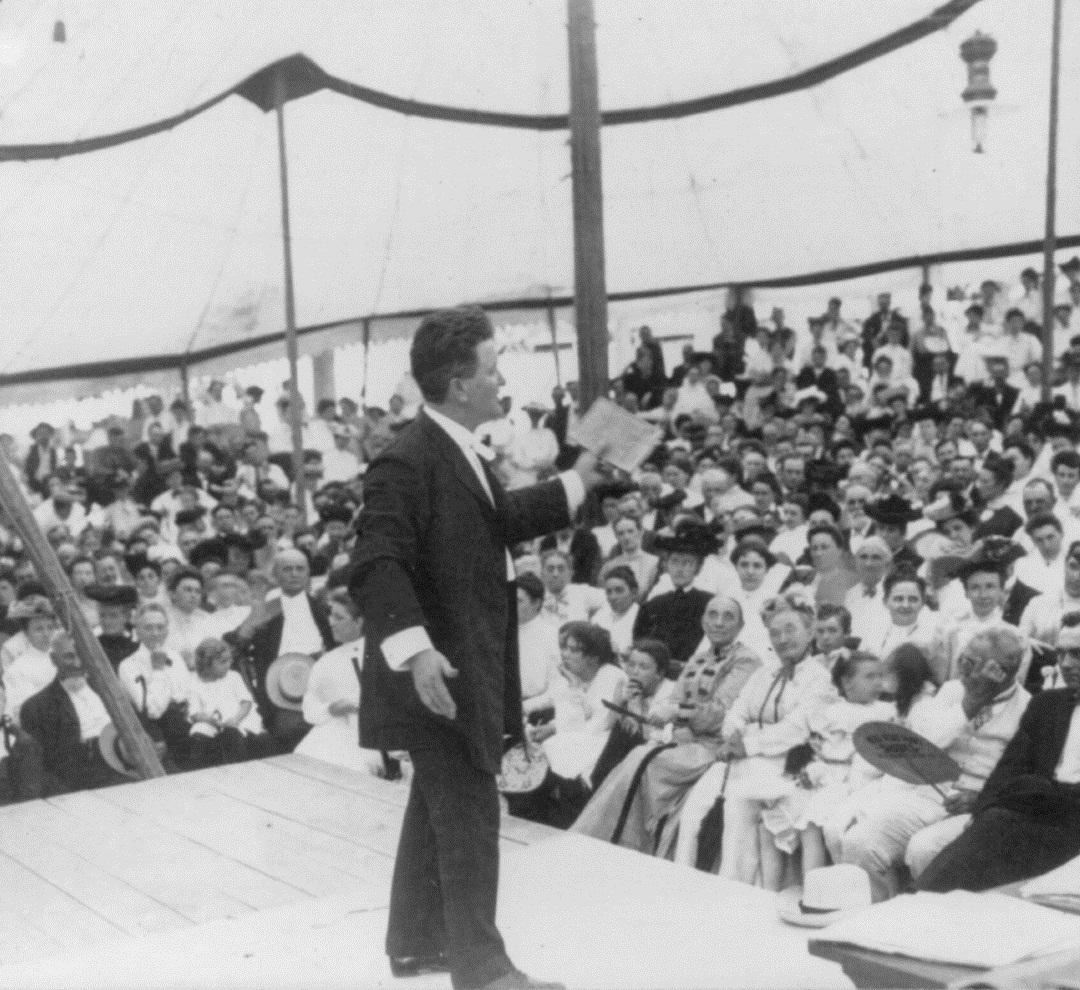 The first List of Committees of the United States House of Representatives, House committee was appointed on April 2, 1789, to "prepare and report such standing rules and orders of proceeding" as well as the duties of a Sergeant at Arms of the United States House of Representatives, Sergeant-at-Arms to enforce those rules. Other committees were created as needed, on a temporary basis, to review specific issues for the full House. The House relied primarily on the United States House Committee of the Whole, Committee of the Whole to handle the bulk of legislative issues. In response to the House's need for more detailed advice on certain issues, more specific committees with broader authority were established. One of the first—a three-member committee "to prepare and report an estimate of supplies ... and of nett [sic] produce of the impost"—was established on April 29, 1789. The United States House Committee on Ways and Means, Committee on Ways and Means followed on July 24, 1789, during a debate on the creation of the United States Department of the Treasury, Treasury Department over concerns of giving the new department too much authority over revenue proposals. The House felt it would be better equipped if it established a committee to handle the matter. This first Committee on Ways and Means had 11 members and existed for just two months. It later became a standing committee in 1801, a position it still holds today.

There are three main types of committees—standing, select or special, and joint.

Because they have legislative jurisdiction, standing committees consider bills and issues and recommend measures for consideration by their respective chambers. They also have oversight responsibility to monitor agencies, programs, and activities within their jurisdictions, and in some cases in areas that cut across committee jurisdictions. Most standing committees recommend funding levels—authorizations—for government operations and for new and existing programs. A few have other functions. For example, the Appropriations Committees recommend Appropriations bill (United States), appropriations legislation to provide budget authority for federal agencies and programs. The Budget Committees establish aggregate levels for total spending and revenue that serve as guidelines for the work of the authorizing and appropriating panels.

Other committees are also used in the modern Congress. 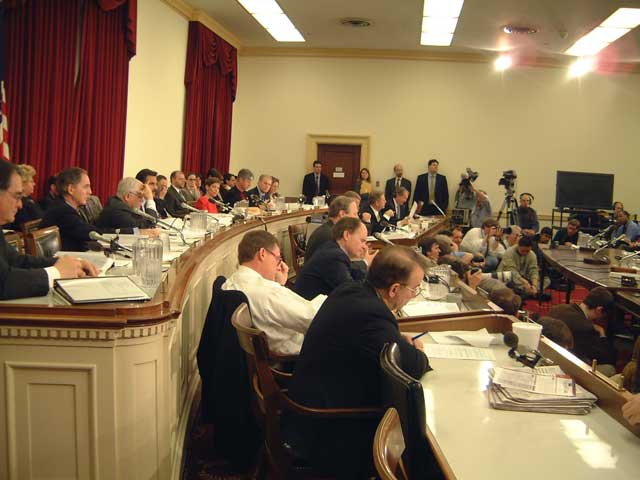