United States Strategic Command (USSTRATCOM) is one of the eleven unified combatant commands in the United States Department of Defense. Headquartered at Offutt Air Force Base, Nebraska, USSTRATCOM is responsible for strategic deterrence, global strike, and operating the Defense Department's Global Information Grid. It also provides a host of capabilities to support the other combatant commands, including integrated missile defense; and global command, control, communications, computers, intelligence, surveillance, and reconnaissance (C4ISR). This command exists to give national leadership a unified resource for greater understanding of specific threats around the world and the means to respond to those threats rapidly.

*Embrace strategic deterrence, consisting of innovative joint fighting forces integrated and synchronized in multiple domains to ensure national security. *Ensure a decisive response to aggression, against any threat, when called upon by civilian national leadership. *Anticipate and meet tactical, theater, and strategic demands through operational plans and capability development. *Develop the next generation of people and capabilities in order to prevail in future conflicts.

The Global Operations Center, or GOC, is the nerve center for USSTRATCOM. The GOC is responsible for the global situational awareness of the commander, USSTRATCOM, and is the mechanism by which he exercises operational command and control of the Nation's global strategic forces.

The Alternate Processing and Correlation Center in the USSTRATCOM Underground Command Complex at Offutt AFB provides an alternate missile warning correlation center to the Cheyenne Mountain Missile Warning Center. It is the prime source of missile warning data for USSTRATCOM for force survival and force management. The facility consists of the integration of the SCIS, CSSR, and CCPDS-R systems and also upgrade equipment and communications links. 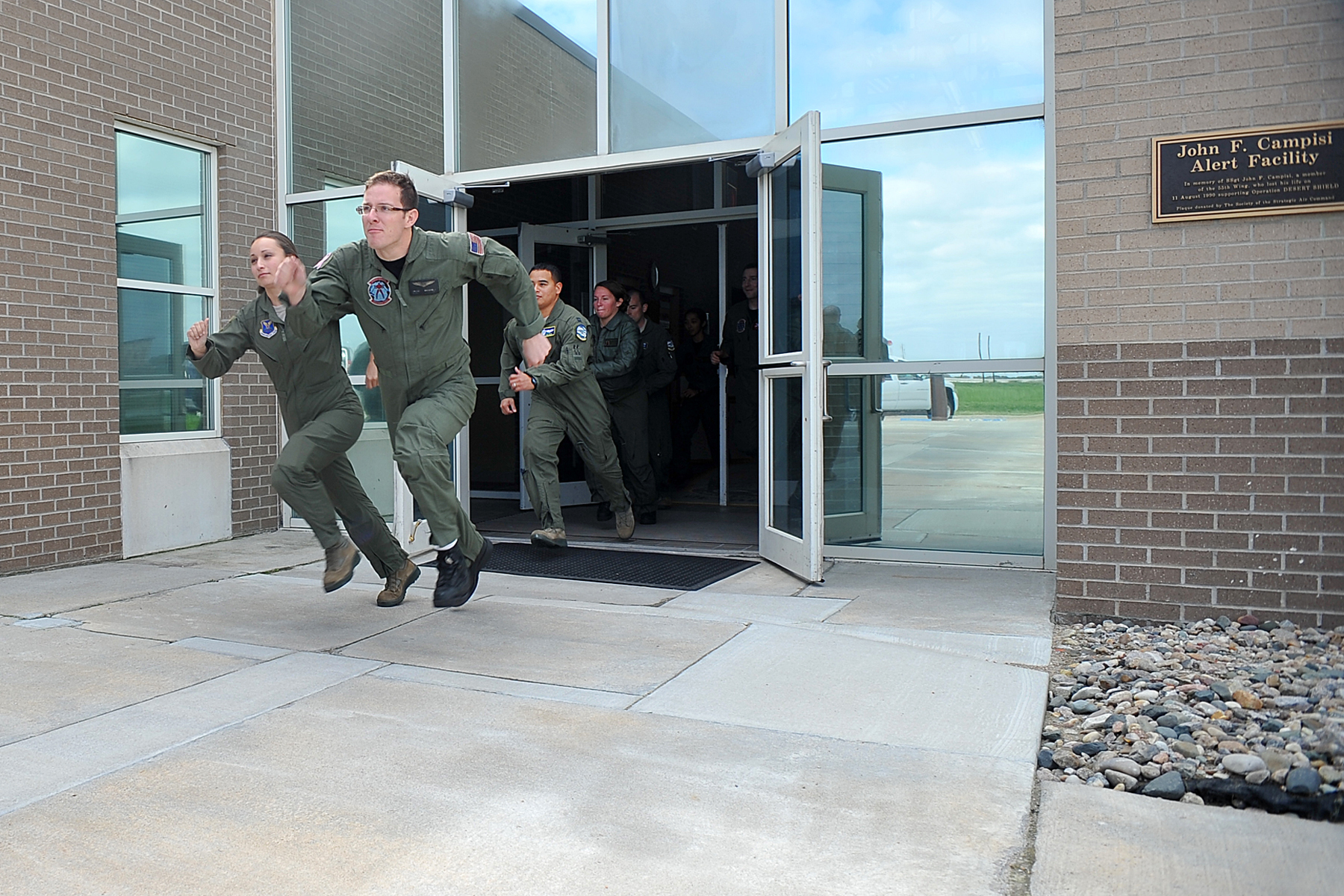 USSTRATCOM was originally formed in 1992, as a successor to Strategic Air Command in response to the end of the Cold War and a new vision of nuclear warfare in U.S. defense policy. Department of Defense changes in command structure due to the "Goldwater-Nichols Act" of 1986, led to a single command responsible for all strategic nuclear weapons. As a result, USSTRATCOM's principal mission was to deter military attack, and if deterrence failed, to counter with nuclear weapons. Throughout its history, it has drawn from important contributions from many different organizations stretching back to World War II. Providing national leadership with a single command responsible for all strategic nuclear forces, General George Butler, in establishing the new command, borrowed from the work of General Curtis LeMay, an early commander of Strategic Air Command. LeMay was a very vocal advocate for a strong national defense, particularly as regards nuclear weapons. Being a Unified Command, another major concern for Gen. Butler was interservice rivalry, having soldiers, sailors, airmen and marines in one command. There had been decades of rivalry between the branches of the U.S. military regarding control of nuclear weapons. Even though a compromise had established the Joint Strategic Target Planning Staff, there were systemic and institutional problems that could not be overcome. USSTRATCOM was re-structured 1 October 2002 by Secretary of Defense Donald Rumsfeld. It was now to merge with the United States Space Command and assume all duties for full-spectrum global strike, operational space support, integrated missile defense, and global Command, Control, Communications, Computers, Intelligence, Surveillance and Reconnaissance (C4ISR) and specialized planning. Its duties now include intelligence and cyber support as well as monitoring orbiting satellites and space debris. In February 2008, USSTRATCOM succeeded in destroying a satellite, USA193, about to re-enter the earth's atmosphere. USSTRATCOM also supported United States Africa Command's 2011 military intervention in Libya in a variety of ways, including long-range conventional strikes and intelligence, surveillance and reconnaissance (ISR). An intention by the U.S. Air Force to create a 'cyber command' was announced in October 2006. On 21 May 2010, part of USSTRATCOM's responsibility regarding cyber-warfare operations was spun off into a 10th Unified Command, the United States Cyber Command. As a result, USSTRATCOM's Joint Task Force-Global Network Operations (JTF-GNO) and Joint Functional Component Command – Network Warfare (JFCC-NW) were disestablished.