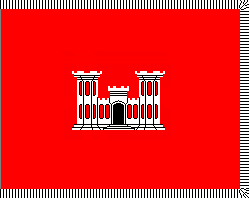 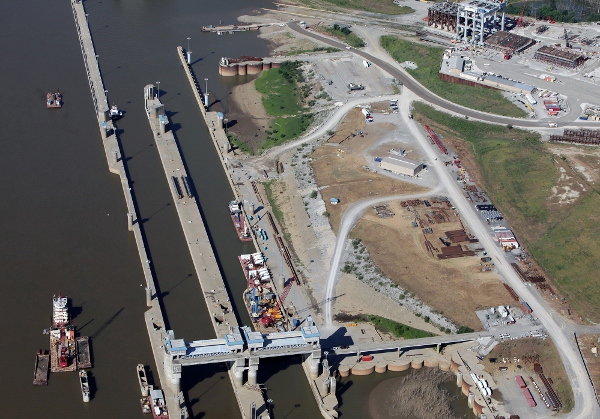 , Texas, constructed by the Corps of Engineers to provide flood control, drinking water, and recreation]] The United States Army Corps of Engineers (USACE) is an Military engineering|engineer formation of the United States Army that has three primary mission areas: engineer regiment, military construction, and civil works. The day-to-day activities of the three mission areas are administered by a lieutenant general known as the commanding general/chief of engineers. The chief of engineers commands the engineer regiment, composed of combat engineer army units, and answers directly to the chief of staff of the army. Combat engineers come from throughout the service and can be active duty, national guard, or army reserve. Combat engineers' duties are to construct fighting positions, fixed/floating bridges, and obstacles and defensive positions, place and detonate explosives (sappers), conduct operations that include route clearance of obstacles and rivers, prepare and install firing systems for demolition and explosives, and detect mines. For the military construction mission the commanding general is directed and supervised by the assistant secretary of the army for installations, environment, and energy, whom the President appoints and the Senate confirms. Military construction relates to construction on military bases and worldwide installations. For the civil works mission the commanding general is directed and supervised by the assistant secretary of the army for civil works, also appointed by the President and confirmed by the Senate. Army civil works consists of three congressionally authorized business lines: navigation, flood and storm damage protection, and aquatic ecosystem restoration. Civil works is also tasked with administering the Clean Water Act Section 404 program, recreation, hydropower, and water supply at USACE flood control reservoirs, and environmental infrastructure. The civil works staff oversee construction, operation, and maintenance of dams, canals and flood protection in the U.S., as well as a wide range of public works throughout the world. USACE has 37,000 civilian and military personnel, making it one of the world's largest public engineering, design, and construction management agencies. Some of its dams, reservoirs, and flood control projects also serve as public outdoor recreation facilities. Its hydroelectric projects provide 24% of U.S. hydropower capacity. It is headquartered in Washington, D.C. The corps's mission is to "deliver vital public and military engineering services; partnering in peace and war to strengthen our nation's security, energize the economy and reduce risks from disasters." Its most visible civil works missions include: * Planning, designing, building, and operating locks and dams. Other civil engineering projects include flood control, beach nourishment, and dredging for waterway navigation. * Design and construction of flood protection systems through various federal mandates. * Design and construction management of military facilities for the Army, Air Force, Army Reserve, and Air Force Reserve as well as other Department of Defense and federal government agencies. * Environmental regulation and ecosystem restoration.

The history of United States Army Corps of Engineers can be traced back to the revolutionary era. On 16 June 1775, the Continental Congress organized an army which staff included a chief engineer and two assistants. Colonel Richard Gridley became General George Washington's first chief engineer. One of his first tasks was to build fortifications near Boston at Bunker Hill. The Continental Congress recognized the need for engineers trained in military fortifications and asked the government of King Louis XVI of France for assistance. Many of the early engineers in the Continental Army were former French officers. Louis Lebègue Duportail, a lieutenant colonel in the French Royal Corps of Engineers, was secretly sent to North America in March 1777 to serve in George Washington's Continental Army. In July 1777 he was appointed colonel and commander of all engineers in the Continental Army and, on 17 November 1777, he was promoted to brigadier general. When the Continental Congress created a separate Corps of Engineers in May 1779, Duportail was appointed as its commander. In late 1781 he directed the construction of the allied U.S.-French siege works at the Battle of Yorktown. On 26 February 1783, the Corps was disbanded. It was re-established during the Presidency of George Washington. From 1794 to 1802, the engineers were combined with the artillery as the Corps of Artillerists and Engineers. The Corps of Engineers, as it is known today, was established on 16 March 1802, when President Thomas Jefferson signed the Military Peace Establishment Act, whose aim was to "organize and establish a Corps of Engineers ... that the said Corps ... shall be stationed at West Point in the State of New York and shall constitute a military academy." Until 1866, the superintendent of the United States Military Academy was always an Engineer Officer. The General Survey Act of 1824 authorized the use of Army engineers to survey road and canal routes for the growing nation. That same year, Congress passed an "Act to Improve the Navigation of the Ohio and Mississippi Rivers" and to remove sand bars on the Ohio and "planters, sawyers, or snags" (trees fixed in the riverbed) on the Mississippi, for which the Corps of Engineers was identified as the responsible agency.

Separately authorized on 4 July 1838, the U.S. Army Corps of Topographical Engineers consisted only of officers and was used for mapping and the design and construction of federal civil works and other coastal fortifications and navigational routes. It was merged with the Corps of Engineers on 31 March 1863, at which point the Corps of Engineers also assumed the Lakes Survey District mission for the Great Lakes. In 1841, Congress created the Lake Survey. The survey, based in Detroit, Michigan, was charged with conducting a hydrographical survey of the Northern and Northwestern lakes and preparing and publishing nautical charts and other navigation aids. The Lake Survey published its first charts in 1852. In the mid-19th century, Corps of Engineers' officers ran Lighthouse Districts in tandem with U.S. Naval officers.

The Army Corps of Engineers played a significant role in the American Civil War. Many of the men who would serve in the top leadership in this organization were West Point graduates. Several rose to military fame and power during the Civil War. Some examples include Union generals George McClellan, Henry Halleck, and George Meade; and Confederate generals Robert E. Lee, Joseph Johnston, and P.G.T. Beauregard.