The Trans-Pacific Partnership (TPP), also called the Trans-Pacific Partnership Agreement, was a proposed
trade agreement A trade agreement (also known as trade pact) is a wide-ranging taxes, tariff and trade treaty that often includes investment guarantees. It exists when two or more countries agree on terms that help them trade with each other. The most common tra ...
between
Australia Australia, officially the Commonwealth of Australia, is a Sovereign state, sovereign country comprising the mainland of the Australia (continent), Australian continent, the island of Tasmania, and numerous List of islands of Australia, smal ...

,
Brunei Brunei ( ; ), officially the Nation of Brunei, the Abode of Peace ( ms, Negara Brunei Darussalam, Jawi alphabet, Jawi: ), is a sovereign state, country located on the north coast of the island of Borneo in Southeast Asia. Apart from its coas ...

,
Canada Canada is a country in the northern part of North America. Its Provinces and territories of Canada, ten provinces and three territories extend from the Atlantic Ocean, Atlantic to the Pacific Ocean, Pacific and northward into the Arctic Ocea ...

,
Chile Chile (, ; ), officially the Republic of Chile (), is a country in western South America. It occupies a long, narrow strip of land between the Andes to the east and the Pacific Ocean to the west. Chile covers an area of and has a population ...
,
Japan , image_flag = Flag of Japan.svg , alt_flag = Centered deep red circle on a white rectangle , image_coat = Imperial Seal of Japan.svg , alt_coat = Golden circle subdiv ...
,
Malaysia Malaysia ( ; ) is a country in Southeast Asia. The federation, federal constitutional monarchy consists of States and federal territories of Malaysia, thirteen states and three federal territories, separated by the South China Sea into two reg ... 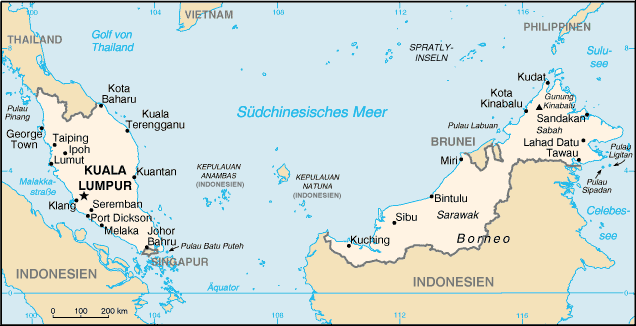 ,
Mexico Mexico ( es, México ; Nahuan languages: ), officially the United Mexican States (; EUM ), is a List of sovereign states, country in the southern portion of North America. It is borders of Mexico, bordered to the north by the United States; ...
,
New Zealand New Zealand ( mi, Aotearoa ) is an island country in the southwestern Pacific Ocean. It consists of two main landmasses—the North Island () and the South Island ()—and more than 700 List of islands of New Zealand, smaller islands, coveri ...
,
Peru , , image_flag = Flag_of_Peru.svg , image_coat = Escudo_nacional_del_Perú.svg , other_symbol = Great Seal of the State , other_symbol_type = Seal (device), National seal , nati ...
,
Singapore Singapore (), officially the Republic of Singapore, is a sovereign state, sovereign island city-state in maritime Southeast Asia. It lies about one degree of latitude () north of the equator, off the southern tip of the Malay Peninsula, bord ...
,
Vietnam , image_map = , map_caption = , capital = Hanoi , coordinates = , largest_city = Ho Chi Minh City , languages_type = National language , languages ...
, and the
United States The United States of America (USA), commonly known as the United States (U.S. or US), or America, is a country Contiguous United States, primarily located in North America. It consists of 50 U.S. state, states, a Washington, D.C., federal di ...
signed on 4 February 2016. After the newly elected US president
Donald Trump Donald John Trump (born June 14, 1946) is an American media personality and businessman who served as the 45th president of the United States from 2017 to 2021. Born and raised in Queens, New York City, Trump attended Fordham Universit ...
withdrew the US signature from TPP in January 2017, the agreement could not be ratified as required and did not enter into force. The remaining countries negotiated a new trade agreement called Comprehensive and Progressive Agreement for Trans-Pacific Partnership, which incorporates most of the provisions of the TPP and which entered into force on 30 December 2018. The TPP began as an expansion of the Trans-Pacific Strategic Economic Partnership Agreement (TPSEP or P4) signed by Brunei, Chile, New Zealand and Singapore in 2005. Beginning in 2008, additional countries joined the discussion for a broader agreement: Australia, Canada, Japan, Malaysia, Mexico, Peru, the United States, and Vietnam, bringing the negotiating countries to twelve. In January 2017, the United States withdrew from the agreement. The other 11 TPP countries agreed in May 2017 to revive it and reached agreement in January 2018. In March 2018, the 11 countries signed the revised version of the agreement, called Comprehensive and Progressive Agreement for Trans-Pacific Partnership. After ratification by six of them (Australia, Canada, Japan, Mexico, New Zealand and Singapore), the agreement came into force for those countries on 30 December 2018. The original TPP contained measures to lower both Non-tariff barriers to trade, non-tariff and tariff Trade barriers, barriers to trade, and establish an investor-state dispute settlement (ISDS) mechanism. The United States International Trade Commission, U.S. International Trade Commission, the Peterson Institute for International Economics, the World Bank and the Office of the Chief Economist at Global Affairs Canada found the final agreement would, if ratified, lead to net positive economic outcomes for all signatories, while an analysis using an alternative methodology by two Tufts University economists found the agreement would adversely affect the signatories. Many observers have argued the trade deal would have served a geopolitical purpose, namely to reduce the signatories' dependence on Chinese trade and bring the signatories closer to the United States.

Twelve countries participated in negotiations for the TPP: the four parties to the 2005 Trans-Pacific Strategic Economic Partnership Agreement and eight additional countries. All twelve signed the TPP on 4 February 2016. The agreement would have entered into force after ratification by all signatories, if this had occurred within two years. If the agreement had not been ratified by all before 4 February 2018, it would have entered into force after ratification by at least 6 states which together have a GDP of more than 85% of the GDP of all signatories. The withdrawal of the United States from the agreement in January 2017 effectively ended any prospect of the agreement entering into force. In response the remaining parties successfully negotiated a new version of the agreement that lacked the 85% GDP threshold, the Comprehensive and Progressive Agreement for Trans-Pacific Partnership, CPTPP, which entered into force in December 2018.

APEC members may accede to the TPP, as may any other jurisdiction to which existing TPP members agree. After an application for membership is received, a commission of parties to the treaty negotiates conditions for accession. South Korea did not participate in the 2006 agreement, but showed interest in entering the TPP, and was invited to the TPP negotiating rounds in December 2010 by the U.S. after the successful conclusion of its Free trade agreement between the United States of America and the Republic of Korea. South Korea already had bilateral trade agreements with some TPP members, but areas such as vehicle manufacturing and agriculture still needed to be agreed upon, making further multilateral TPP negotiations somewhat complicated. South Korea may join the TPP as part of a second wave of expansion for the trade agreement. Other countries that are interested in TPP membership include Taiwan, the Philippines, and Colombia as of 2010; Thailand as of 2012; and Indonesia, Bangladesh, and India as of 2013. According to law professor Edmund Sim in 2013, many of these countries would need to change their protectionist trade policies in order to join the TPP. The largest economy in the Pacific Rim not involved in the negotiations is China. According to the Brookings Institution in 2013, the most fundamental challenge for the TPP project regarding China was that "it may not constitute a powerful enough enticement to propel China to sign on to these new standards on trade and investment. China so far has reacted by accelerating its own trade initiatives in Asia." In 2013, it was thought China might still be interested in joining the TPP eventually. An academic analysis has shown that while the TPP would be more successful if China participated in it, the benefits to China are intangible. In October 2015, Indonesian President Joko Widodo declared Indonesia's intention to join the TPP. Sri Lanka has announced interest of joining the TPP and is currently studying its feasibility.

Brunei, Chile, Singapore and New Zealand are parties to the Trans-Pacific Strategic Economic Partnership Agreement (TPSEP), which was signed in 2005, and entered into force in 2006. The original TPSEP agreement contains an accession clause and affirms the members' "commitment to encourage the accession to this Agreement by other economies". It is a comprehensive agreement, affecting trade in goods, rules of origin, trade remedies, Agreement on the Application of Sanitary and Phytosanitary Measures, sanitary and phytosanitary measures, technical barriers to trade, trade in services, intellectual property, government procurement and competition policy. Among other things, it called for a 90-percent reduction of all tariffs between member countries by 1 January 2006, and reduction of all trade tariffs to zero by the year 2015. Although original and negotiating parties are members of the Asia-Pacific Economic Cooperation (APEC), TPSEP is not an APEC initiative. However, the TPP is considered to be a pathfinder for the proposed Free Trade Area of the Asia Pacific (FTAAP), an APEC initiative.

In January 2008, the U.S. entered talks with the Pacific 4 (P4) members regarding trade liberalisation in financial services. This led to 19 formal negotiation rounds and a subsequent series of additional meetings, such as Chief Negotiators Meetings and Ministers Meetings, and resulted in the agreement announced on 5 October 2015.

Ratification of the original agreement

Japan and New Zealand ratified the original agreement. Japan and its main competitor in the region, China, hold polar views on how South-East Asia's economy should develop. Prior to TPP, Japan tried to achieve dominance by proposing in September 1997 an Asian Monetary Fund (AMF), which never eventuated in the face of U.S opposition. By 2011 Japan managed to establish a cooperative agreement with China and Korea called the "PRC–Japan–Republic of Korea Free trade agreement", also known as the CJK FTA, which did not include the U.S. By this means Japan intended to use the People's Republic of China card in order to shift TPP negotiations away from China towards Japan's agendas with support of the United States. Ratification of the TPP in Japan required political reforms that shifted some authority from the agriculture ministry to the prime minister. On 9 December 2016 Japan's House of Councillors (Japan) , House of Councillors made a resolution (law), resolution of participation. Japan notified completion of domestic procedures for ratification to the depositary of the TPP treaty (New Zealand) as the first ratified country on 20 January 2017. New Zealand ratified the TPP on 11 May 2017. New Zealand Prime Minister Jacinda Ardern (in office from October 2017) planned to renegotiate the Trans-Pacific Partnership (TPP) agreement in APEC Vietnam 2017 , Vietnam in November 2017 in time to allow the New Zealand government to ban foreign speculators from buying existing New Zealand homes. She said: "Our view is that it will be possible to balance our desire to make sure that we provide housing that's affordable, by easing demand and banning foreign speculators from buying existing homes, while meeting our trade goals."

During a speech on the 2016 United States presidential election, 2016 presidential campaign, Republican Party (United States), Republican Party nominee
Donald Trump Donald John Trump (born June 14, 1946) is an American media personality and businessman who served as the 45th president of the United States from 2017 to 2021. Born and raised in Queens, New York City, Trump attended Fordham Universit ...
vowed to withdraw the United States from the Trans-Pacific Partnership if elected. He argued that the agreement would "undermine" the U.S. economy and its independence. On 21 November 2016, in a video message, Trump introduced an economic strategy of "putting America first", stating that he would negotiate "fair, bilateral trade deals that bring jobs and industry back onto American shores." As part of this plan, Trump confirmed his intent for the United States to withdraw from the Trans-Pacific Partnership on his first day in office. McConnell affirmed that the TPP would not be considered during the lame-duck session of Congress preceding the inauguration of Trump. President Trump signed a presidential memorandum