Terminal 1 station opened in July 2006 as a terminus of the three-station Link train. The structure included support pillars allowing the station to be expanded to serve a future airport rail link to downtown Toronto. In July 2010, Metrolinx, Toronto's regional transport agency, announced it would create a mainline rail connection to Pearson Airport from Union Station. Construction began in spring 2012, and the line opened on June 6, 2015, in time for the 2015 Pan American Games. 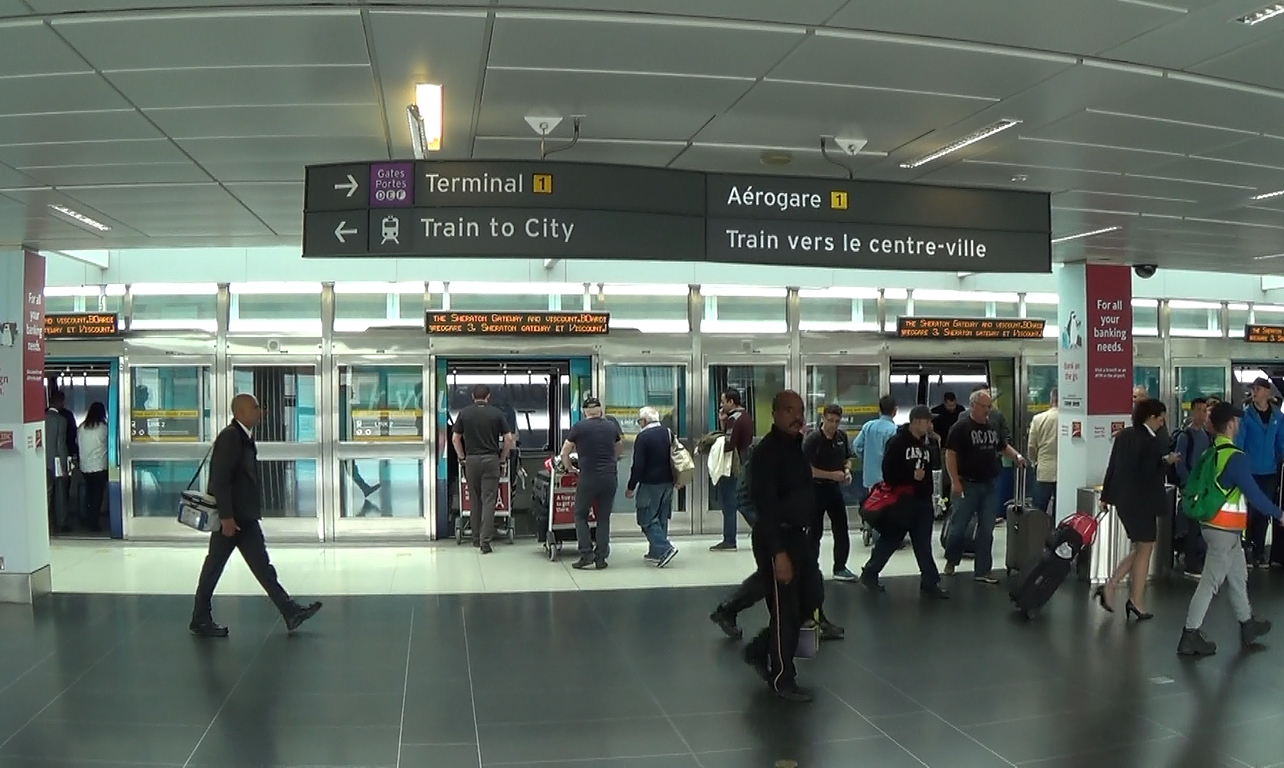 The Link Train operates every four minutes throughout most of the day, and every eight minutes between 7:30am and 11:30am, and between 11:30pm and 3:30am. The full trip to Viscount station takes under four minutes. The Union Pearson Express operates every 15 minutes throughout the day, with a 25-minute travel time to Union Station in Downtown Toronto. Ticket vending machines for UP Express are found at the entrance from the airport. There is a cold beverage vending machine located at the end of the platform.