The (local nickname ''TDR'') is a theme park and vacation resort located in Urayasu, Chiba, Japan, just east of Tokyo. It is owned and operated by the Oriental Land Company with a license from The Walt Disney Company. The resort opened on April 15, 1983, as a single theme park (Tokyo Disneyland), but developed into a resort with two theme parks, four Disney hotels, six non-Disney hotels, and a shopping complex. Tokyo Disneyland was the first Disney theme park opened outside the United States.

is a shopping, dining, and entertainment complex at the Tokyo Disney Resort in Urayasu, Chiba, Japan. The complex is operated by IKSPIARI Co., Ltd., a subsidiary of the owner, The Oriental Land Company, it is the Japanese equivalent of the Downtown Disney complex at Disneyland in Anaheim, California, Disney Springs at Walt Disney World Resort in Lake Buena Vista, Florida, and Disney Village at Disneyland Paris, France. Ikspiari is close to Maihama Station on the Keiyō Line from Tokyo, and is also served by Resort Gateway Station on the Disney Resort Line. Ikspiari opened on . At the complex, the 12th non-US Rainforest Cafe opened in . On , Create Restaurants Holdings Inc. fully acquired RC Japan Co., Ltd., the Rainforest Cafe franchisee, at the complex. 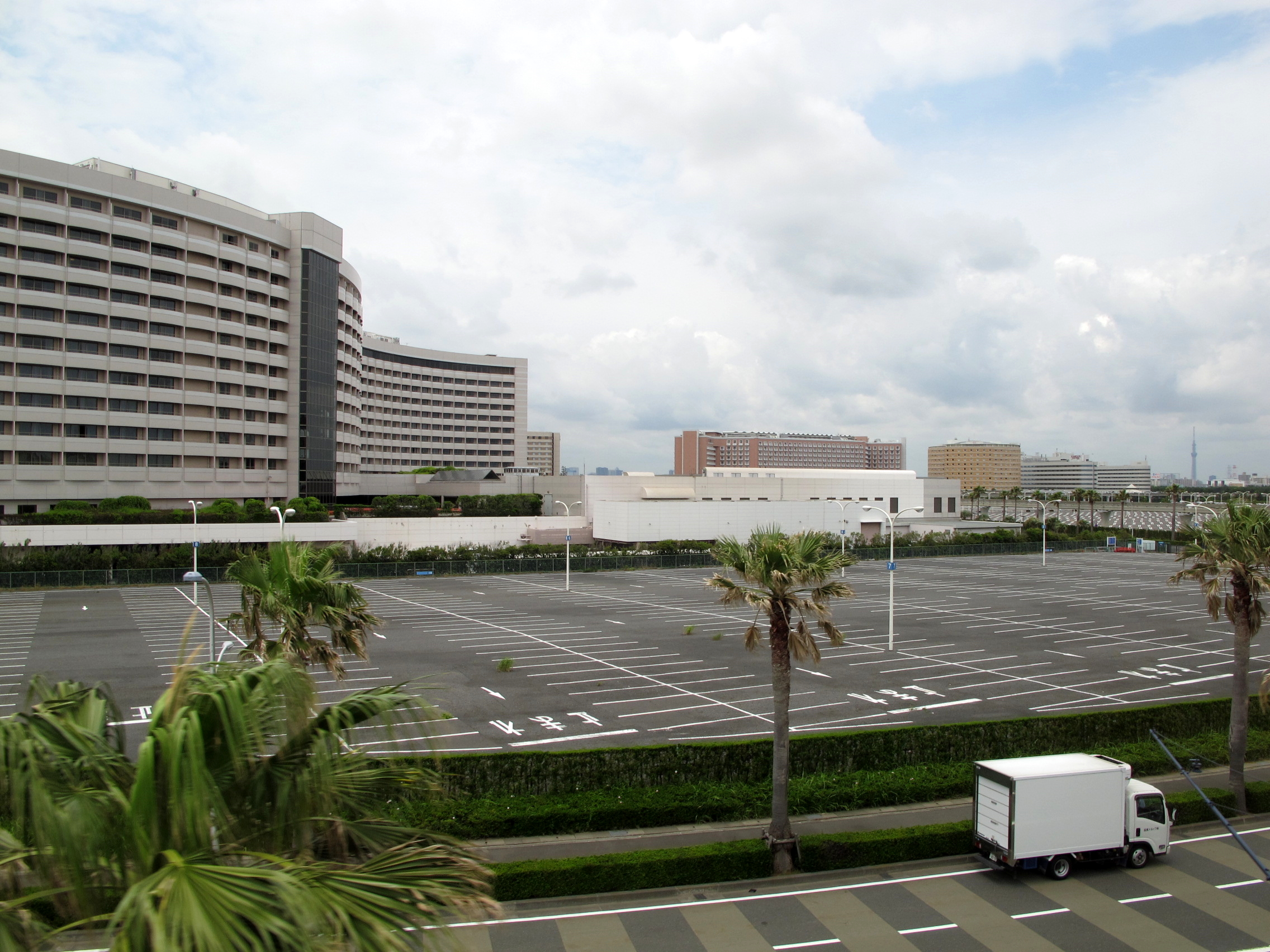 * Disney Ambassador Hotel - The first official Disney hotel to open in Tokyo in 2000. Featuring art deco theming. * Tokyo DisneySea Hotel MiraCosta - Opened in conjunction with Tokyo DisneySea Park, with several guest rooms overlooking the park itself. The exterior of the hotel provides much of the theming for the Mediterranean Harbor area of Tokyo DisneySea. * Tokyo Disneyland Hotel - Opened on July 8, 2008, as part of Tokyo Disney Resort's 25th anniversary celebrations. Like the Disneyland hotels in Paris and Hong Kong, the hotel is Victorian themed and is located adjacent to the entrance of Tokyo Disneyland Park. * Tokyo Disney Celebration Hotel - The newest Disney hotel opened June 1, 2016 east of the resort property in Shin-Urayasu. The hotel was refurbished from the former Palm & Fountain Terrace Hotel. The hotel is divided into two properties: Wish and Discover. The two properties complement each other but do vary in theming. This is the only official Disney hotel not located in the Resort area. A free 15-minute shuttle is available for guests.

There are a number of planned or ongoing projects at the resort, including: * Fantasy Springs, including ''Arendelle: World of Frozen'', a new ''Tangled'' and ''Peter Pan''-themed area at Tokyo DisneySea. According to the press release, operations are projected to begin in fiscal year 2023. *475-room deluxe resort hotel, with an exclusive luxury wing, that will be connected to the Fantasy Springs port in Tokyo DisneySea. *595-room Tokyo Disney Resort Toy Story Hotel based on the film ''Toy Story''. The hotel is scheduled to be opened in 2021.