The son of Emperor Thiệu Trị, Prince Nguyễn Phúc Hồng Nhậm was born on 22 September 1829, and succeeded his father on the throne, with the reigning title of Tự Đức, but family troubles caused his era to have a violent start. Thiệu Trị had passed over his more moderate eldest son, Hồng Bảo, to give the throne to Tự Đức, known for his staunch Confucianism and opposition to foreigners and innovation. As a result, and due to the repressive policies of the previous Nguyễn Dynasty emperor, there was now a great deal of dissatisfaction with Nguyễn rule and a legitimate royal figure to rally this opposition.

Prince Nguyễn Phúc Hồng Bảo became the leader of a rebellion against Tự Đức, consisting of Confucian scholars who were angered that the family hierarchy had been dishonored (by passing over the eldest son) some remaining supporters of the Lê Dynasty (who many still considered the legitimate dynasty of Vietnam) as well as the usual peasants angry over Nguyễn taxation and the usual corrupt mandarins as well as the Roman Catholic missionaries and Christian converts who had been so persecuted by Minh Mạng and Thiệu Trị. With swift military force, Tự Đức suppressed the rebellion and was set to execute his brother, but was dissuaded by his mother, Dowager queen Từ Dũ, and Hồng Bảo killed himself in prison. left|thumb|Tomb of Emperor Tự Đức

Emperor Tự Đức continued the policies of his predecessors, shutting Vietnam off from the outside world and refusing all efforts to modernize the country. Accounts of his personal life show a gentle and educated man, but his policies brought on conflict with Europe that Vietnam could not win. He oppressed all foreigners in Vietnam, especially the Christian community, who had tried to overthrow his father, such as in the Lê Văn Khôi revolt, calling their religion a "perverse doctrine". The Christian mandarin Nguyễn Trường Tộ tried to convince Tự Đức that this was a suicidal policy, but he did not listen, confident that France was too involved with the chaos in Europe in 1848 to respond, but he was mistaken.

France responded with a large military expeditionary force and attacked up from southern Vietnam. The Nguyễn army fought bravely for some time, but their antiquated weapons and tactics were no match for the French, who suffered more from the climate and disease than from enemy resistance. The fighting around Hanoi against the Black Flag pirates ended with France victorious and China gave up their position as feudal master of Vietnam and recognized France as the ruling power over the region.

To make matters worse, Emperor Tự Đức had to deal with renewed internal rebellions which had become commonplace for the Nguyễn Dynasty. There were literally hundreds of small rebellions and uprisings against Nguyễn rule. Ineffective attempts to enforce the ban on Christian missionaries were also the biggest source of trouble, including the execution of a Spanish bishop which was used to justify the French and Spanish invasion that led to the fall of Saigon. By an order of 1848 Tự Đức commanded all Vietnamese Catholic converts to renounce their religion, otherwise they would be branded on the face with the mark of a heretic and surrender all of their rights and privileges. This rallied most of the European powers against Vietnam, and Tự Đức by doing this had given up any hope of Vietnam gaining help as a victim from the outside world. 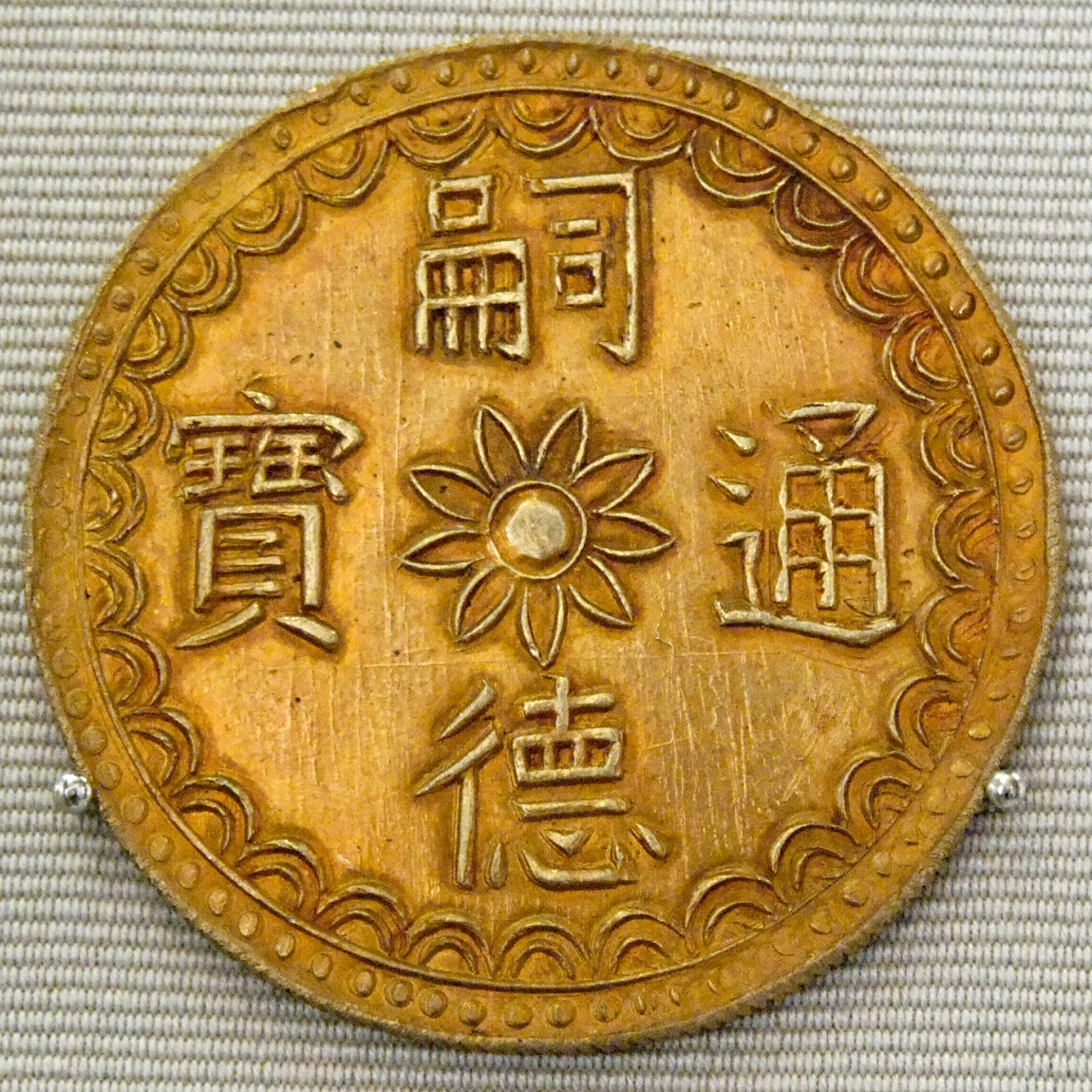 When further rebellions broke out as the French were advancing on the capital, Tự Đức feared that his authority was crumbling. He preferred to make a deal with the French so that he could crush the rebellion since while France may demand humiliating concessions, the rebels would most likely depose and/or kill him. He signed away the southernmost of Vietnam, Cochinchina, to be a French colony and accepted the status of a French protectorate for his country. This caused a huge uproar, and many, such as the famous mandarin Trương Định, refused to recognize the treaty and fought on in defense of their country, denouncing Tự Đức for surrendering any part of their homeland.

Emperor Tự Đức did not live to see the worst effects of colonialism on his country, but he is often regarded as the last Emperor of Vietnam to rule independently. A case of smallpox left him impotent so he had no children despite a huge harem of wives he kept in his palace. According to legend, he died in 1883, cursing the French with his dying breath. After his death, his adopted son Dục Đức was deposed by court officials after a reign of three days.