Sulfur dioxide (IUPAC-recommended spelling) or sulphur dioxide (traditional Commonwealth English) is the chemical compound with the formula . It is a toxic gas responsible for the smell of burnt matches. It is released naturally by volcanic activity and is produced as a by-product of copper extraction and the burning of fossil fuels contaminated with sulfur compounds. Sulfur dioxide has a pungent smell like nitric acid.

SO2 is a bent molecule with ''C''2v symmetry point group. A valence bond theory approach considering just ''s'' and ''p'' orbitals would describe the bonding in terms of resonance between two resonance structures.

The sulfur–oxygen bond has a bond order of 1.5. There is support for this simple approach that does not invoke ''d'' orbital participation. In terms of electron-counting formalism, the sulfur atom has an oxidation state of +4 and a formal charge of +1. 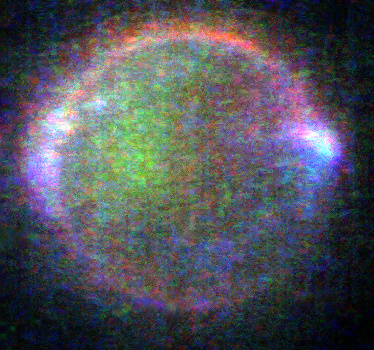 Sulfur dioxide is found on Earth and exists in very small concentrations and in the atmosphere at about 1 ppm. On other planets, sulfur dioxide can be found in various concentrations, the most significant being the atmosphere of Venus, where it is the third-most significant atmospheric gas at 150 ppm. There, it condenses to form clouds, and is a key component of chemical reactions in the planet's atmosphere and contributes to global warming. It has been implicated as a key agent in the warming of early Mars, with estimates of concentrations in the lower atmosphere as high as 100 ppm, though it only exists in trace amounts. On both Venus and Mars, as on Earth, its primary source is thought to be volcanic. The atmosphere of Io, a natural satellite of Jupiter, is 90% sulfur dioxide and trace amounts are thought to also exist in the atmosphere of Jupiter. As an ice, it is thought to exist in abundance on the Galilean moons—as subliming ice or frost on the trailing hemisphere of Io, and in the crust and mantle of Europa, Ganymede, and Callisto, possibly also in liquid form and readily reacting with water.

Sulfur dioxide is the product of the burning of sulfur or of burning materials that contain sulfur: : S + O2 → SO2, ΔH = −297 kJ/mol To aid combustion, liquified sulfur (140–150 °C, 284-302 °F) is sprayed through an atomizing nozzle to generate fine drops of sulfur with a large surface area. The reaction is exothermic, and the combustion produces temperatures of 1000–1600 °C (1832–2912 °F). The significant amount of heat produced is recovered by steam generation that can subsequently be converted to electricity.