Sucrose is common sugar. It is a disaccharide, a molecule composed of two monosaccharides: glucose and fructose. Sucrose is produced naturally in plants, from which table sugar is refined. It has the molecular formula C12H22O11. For human consumption, sucrose is extracted and refined from either sugarcane or sugar beet. Sugar mills – typically located in tropical regions near where sugarcane is grown – crush the cane and produce raw sugar which is shipped to other factories for refining into pure sucrose. Sugar beet factories are located in temperate climates where the beet is grown, and process the beets directly into refined sugar. The sugar refining process involves washing the raw sugar crystals before dissolving them into a sugar syrup which is filtered and then passed over carbon to remove any residual colour. The sugar syrup is then concentrated by boiling under a vacuum and crystallized as the final purification process to produce crystals of pure sucrose that are clear, odorless, and sweet. Sugar is often an added ingredient in food production and food recipes. About 185 million tonnes of sugar were produced worldwide in 2017.

The word ''sucrose'' was coined in 1857, by the English chemist William Miller from the French ''sucre'' ("sugar") and the generic chemical suffix for sugars ''-ose''. The abbreviated term ''Suc'' is often used for ''sucrose'' in scientific literature. The name ''saccharose'' was coined in 1860 by the French chemist Marcellin Berthelot. Saccharose is an obsolete name for sugars in general, especially sucrose.

In sucrose, the monomers glucose and fructose are linked via an ether bond between C1 on the glucosyl subunit and C2 on the fructosyl unit. The bond is called a glycosidic linkage. Glucose exists predominantly as a mixture of α and β "pyranose" isomers, but only the α form links to fructose. Fructose itself exists as a mixture of α and β "furanose" isomers, but only the β isomer links to glucose. Unlike most disaccharides, the glycosidic bond in sucrose is formed between the reducing ends of both glucose and fructose, and not between the reducing end of one and the non-reducing end of the other. This linkage inhibits further bonding to other saccharide units, and prevents sucrose from spontaneously reacting with cellular and circulatory macromolecules in the manner that glucose and other reducing sugars do. Since sucrose contains no anomeric hydroxyl groups, it is classified as a non-reducing sugar. Sucrose crystallizes in the monoclinic space group P21 with room-temperature lattice parameters ''a'' = 1.08631 nm, ''b'' = 0.87044 nm, ''c'' = 0.77624 nm, β = 102.938°. The purity of sucrose is measured by polarimetry, through the rotation of plane-polarized light by a sugar solution. The specific rotation at 20 °C using yellow "sodium-D" light (589 nm) is +66.47°. Commercial samples of sugar are assayed using this parameter. Sucrose does not deteriorate at ambient conditions.

Hydrolysis breaks the glycosidic bond converting sucrose into glucose and fructose. Hydrolysis is, however, so slow that solutions of sucrose can sit for years with negligible change. If the enzyme sucrase is added, however, the reaction will proceed rapidly. Hydrolysis can also be accelerated with acids, such as cream of tartar or lemon juice, both weak acids. Likewise, gastric acidity converts sucrose to glucose and fructose during digestion, the bond between them being an acetal bond which can be broken by an acid. Given (higher) heats of combustion of 1349.6 kcal/mol for sucrose, 673.0 for glucose, and 675.6 for fructose, digestion releases about 4 small calories per gram of each of these products.

Synthesis and biosynthesis of sucrose

The biosynthesis of sucrose proceeds via the precursors UDP-glucose and fructose 6-phosphate, catalyzed by the enzyme sucrose-6-phosphate synthase. The energy for the reaction is gained by the cleavage of uridine diphosphate (UDP). Sucrose is formed by plants, algae and cyanobacteria but not by other organisms. Sucrose is the end product of photosynthesis and is found naturally in many food plants along with the monosaccharide fructose. In many fruits, such as pineapple and apricot, sucrose is the main sugar. In others, such as grapes and pears, fructose is the main sugar.

Although sucrose is almost invariably isolated from natural sources, its chemical synthesis was first achieved in 1953 by Raymond Lemieux.

In nature, sucrose is present in many plants, and in particular their roots, fruits and nectars, because it serves as a way to store energy, primarily from photosynthesis. Many mammals, birds, insects and bacteria accumulate and feed on the sucrose in plants and for some it is their main food source. Seen from a human consumption perspective, honeybees are especially important because they accumulate sucrose and produce honey, an important foodstuff all over the world. The carbohydrates in honey itself primarily consist of fructose and glucose with trace amounts of sucrose only. As fruits ripen, their sucrose content usually rises sharply, but some fruits contain almost no sucrose at all. This includes grapes, cherries, blueberries, blackberries, figs, pomegranates, tomatoes, avocados, lemons and limes. Sucrose is a naturally occurring sugar, but with the advent of industrialization, it has been increasingly refined and consumed in all kinds of processed foods. 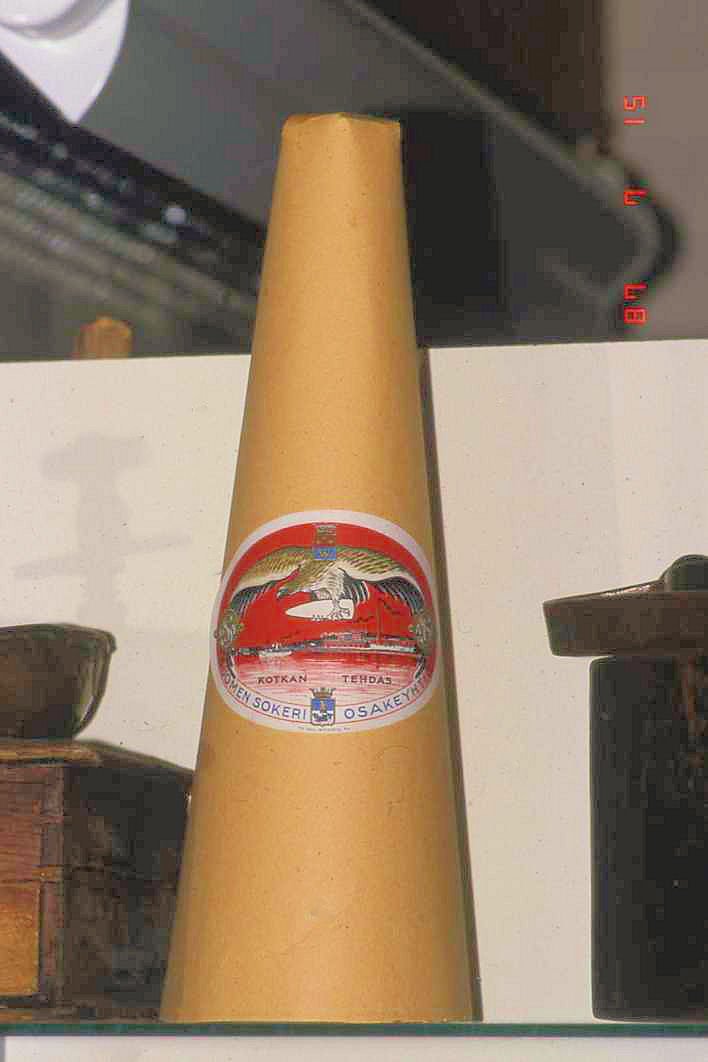 The production of table sugar has a long history. Some scholars claim Indians discovered how to crystallize sugar during the Gupta dynasty, around AD 350. Other scholars point to the ancient manuscripts of China, dated to the 8th century BC, where one of the earliest historical mentions of sugar cane is included along with the fact that their knowledge of sugar cane was derived from India. Further, it appears that by about 500 BC, residents of present-day India began making sugar syrup and cooling it in large flat bowls to make raw table sugar crystals that were easier to store and transport. In the local Indian language, these crystals were called ''khanda'' (खण्ड), which is the source of the word ''candy''. The army of Alexander the Great was halted on the banks of river Indus by the refusal of his troops to go further east. They saw people in the Indian subcontinent growing sugarcane and making ''granulated, salt-like sweet powder'', locally called ''sākhar'' (साखर), pronounced as ''sakcharon'' (ζακχαρον) in Greek (Modern Greek, ''zachari'' ζάχαρη). On their return journey, the Greek soldiers carried back some of the "honey-bearing reeds". Sugarcane remained a limited crop for over a millennium. Sugar was a rare commodity and traders of sugar became wealthy. Venice, at the height of its financial power, was the chief sugar-distributing center of Europe. Arabs started producing it in Sicily and Spain. Only after the Crusades did it begin to rival honey as a sweetener in Europe. The Spanish began cultivating sugarcane in the West Indies in 1506 (Cuba in 1523). The Portuguese first cultivated sugarcane in Brazil in 1532. Sugar remained a luxury in much of the world until the 18th century. Only the wealthy could afford it. In the 18th century, the demand for table sugar boomed in Europe and by the 19th century it had become regarded as a human necessity.