In biology, a species is the basic unit of classification and a taxonomic rank of an organism, as well as a unit of biodiversity. A species is often defined as the largest group of organisms in which any two individuals of the appropriate sexes or mating types can produce fertile offspring, typically by sexual reproduction. Other ways of defining species include their karyotype, DNA sequence, morphology, behaviour or ecological niche. In addition, paleontologists use the concept of the chronospecies since fossil reproduction cannot be examined. The total number of species is estimated to be between 8 and 8.7 million. However, only about 14% of these had been described by 2011. All species (except viruses) are given a two-part name, a "binomial". The first part of a binomial is the genus to which the species belongs. The second part is called the specific name or the specific epithet (in botanical nomenclature, also sometimes in zoological nomenclature). For example, ''Boa constrictor'' is one of four species of the genus ''Boa'', with ''constrictor'' being the species’ epithet. While the definitions given above may seem adequate at first glance, when looked at more closely they represent problematic species concepts. For example, the boundaries between closely related species become unclear with hybridisation, in a species complex of hundreds of similar microspecies, and in a ring species. Also, among organisms that reproduce only asexually, the concept of a reproductive species breaks down, and each clone is potentially a microspecies. Although none of these are entirely satisfactory definitions, and while the concept of species may not be a perfect model of life, it is still an incredibly useful tool to scientists and conservationists for studying life on Earth, regardless of the theoretical difficulties. If species were fixed and clearly distinct from one another, there would be no problem, but evolutionary processes cause species to change continually, and to grade into one another. Species were seen from the time of Aristotle until the 18th century as fixed categories that could be arranged in a hierarchy, the great chain of being. In the 19th century, biologists grasped that species could evolve given sufficient time. Charles Darwin's 1859 book ''On the Origin of Species'' explained how species could arise by natural selection. That understanding was greatly extended in the 20th century through genetics and population ecology. Genetic variability arises from mutations and recombination, while organisms themselves are mobile, leading to geographical isolation and genetic drift with varying selection pressures. Genes can sometimes be exchanged between species by horizontal gene transfer; new species can arise rapidly through hybridisation and polyploidy; and species may become extinct for a variety of reasons. Viruses are a special case, driven by a balance of mutation and selection, and can be treated as quasispecies.

Biologists and taxonomists have made many attempts to define species, beginning from morphology and moving towards genetics. Early taxonomists such as Linnaeus had no option but to describe what they saw: this was later formalised as the typological or morphological species concept. Ernst Mayr emphasised reproductive isolation, but this, like other species concepts, is hard or even impossible to test. Later biologists have tried to refine Mayr's definition with the recognition and cohesion concepts, among others. Many of the concepts are quite similar or overlap, so they are not easy to count: the biologist R. L. Mayden recorded about 24 concepts, and the philosopher of science John Wilkins counted 26. Wilkins further grouped the species concepts into seven basic kinds of concepts: (1) agamospecies for asexual organisms (2) biospecies for reproductively isolated sexual organisms (3) ecospecies based on ecological niches (4) evolutionary species based on lineage (5) genetic species based on gene pool (6) morphospecies based on form or phenotype and (7) taxonomic species, a species as determined by a taxonomist.

A typological species is a group of organisms in which individuals conform to certain fixed properties (a type), so that even pre-literate people often recognise the same taxon as do modern taxonomists. The clusters of variations or phenotypes within specimens (such as longer or shorter tails) would differentiate the species. This method was used as a "classical" method of determining species, such as with Linnaeus early in evolutionary theory. However, different phenotypes are not necessarily different species (e.g. a four-winged ''Drosophila'' born to a two-winged mother is not a different species). Species named in this manner are called ''morphospecies''. In the 1970s, Robert R. Sokal, Theodore J. Crovello and Peter Sneath proposed a variation on the morphological species concept, a phenetic species, defined as a set of organisms with a similar phenotype to each other, but a different phenotype from other sets of organisms. It differs from the morphological species concept in including a numerical measure of distance or similarity to cluster entities based on multivariate comparisons of a reasonably large number of phenotypic traits.

A mate-recognition species is a group of sexually reproducing organisms that recognise one another as potential mates. Expanding on this to allow for post-mating isolation, a cohesion species is the most inclusive population of individuals having the potential for phenotypic cohesion through intrinsic cohesion mechanisms; no matter whether populations can hybridise successfully, they are still distinct cohesion species if the amount of hybridisation is insufficient to completely mix their respective gene pools. A further development of the recognition concept is provided by the biosemiotic concept of species. 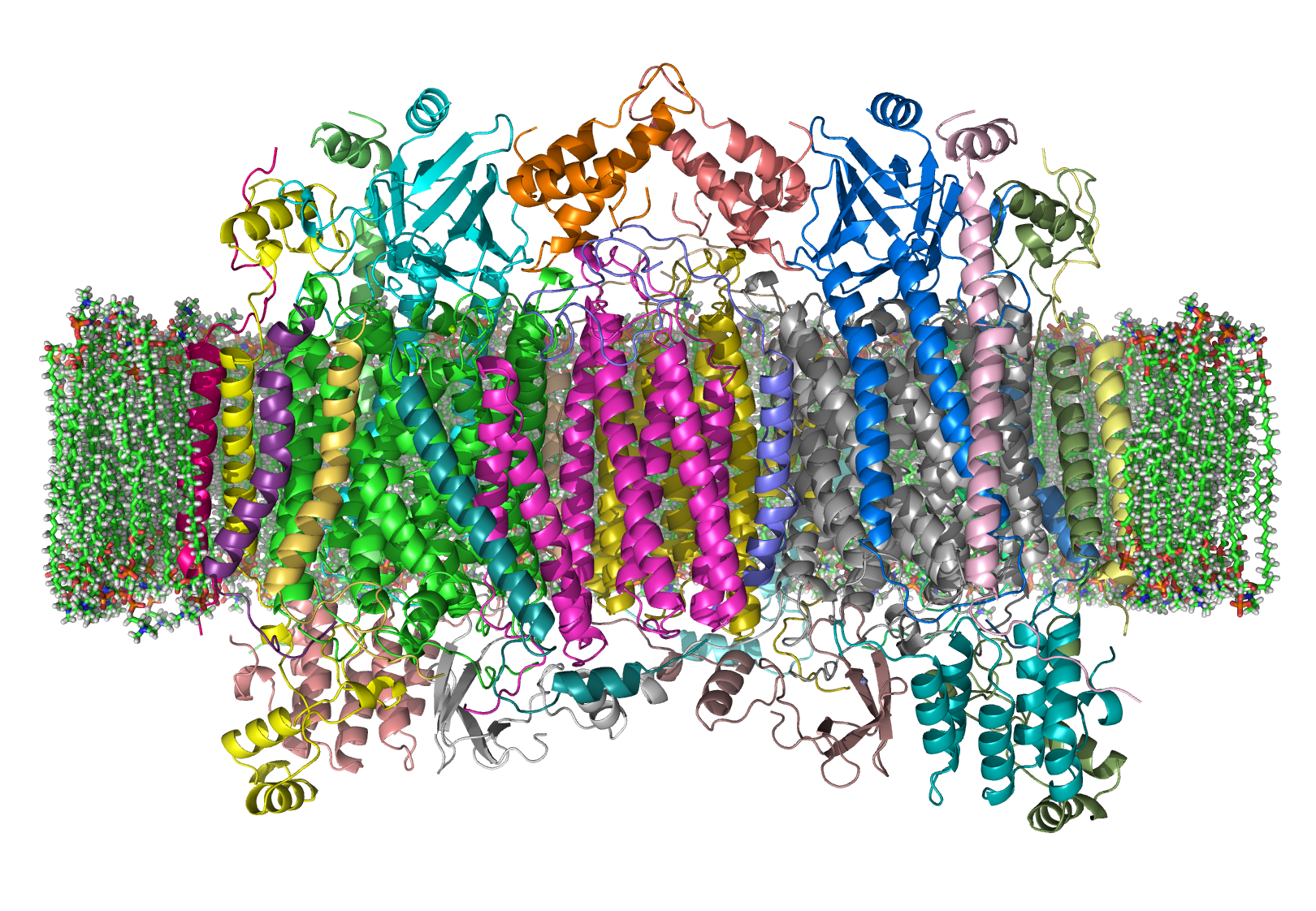 In microbiology, genes can move freely even between distantly related bacteria, possibly extending to the whole bacterial domain. As a rule of thumb, microbiologists have assumed that kinds of Bacteria or Archaea with 16S ribosomal RNA gene sequences more similar than 97% to each other need to be checked by DNA-DNA hybridisation to decide if they belong to the same species or not. This concept was narrowed in 2006 to a similarity of 98.7%. DNA-DNA hybridisation is outdated, and results have sometimes led to misleading conclusions about species, as with the pomarine and great skua. Modern approaches compare sequence similarity using computational methods. DNA barcoding has been proposed as a way to distinguish species suitable even for non-specialists to use. The so-called barcode is a region of mitochondrial DNA within the gene for cytochrome c oxidase. A database, Barcode of Life Data Systems (BOLD), contains DNA barcode sequences from over 190,000 species. However, scientists such as Rob DeSalle have expressed concern that classical taxonomy and DNA barcoding, which they consider a misnomer, need to be reconciled, as they delimit species differently. Genetic introgression mediated by endosymbionts and other vectors can further make barcodes ineffective in the identification of species.

A phylogenetic or cladistic species is "the smallest aggregation of populations (sexual) or lineages (asexual) diagnosable by a unique combination of character states in comparable individuals (semaphoronts)". The empirical basis – observed character states – provides the evidence to support hypotheses about evolutionarily divergent lineages that have maintained their hereditary integrity through time and space. Molecular markers may be used to determine diagnostic genetic differences in the nuclear or mitochondrial DNA of various species. For example, in a study done on fungi, studying the nucleotide characters using cladistic species produced the most accurate results in recognising the numerous fungi species of all the concepts studied. Versions of the phylogenetic species concept that emphasise monophyly or diagnosability may lead to splitting of existing species, for example in Bovidae, by recognising old subspecies as species, despite the fact that there are no reproductive barriers, and populations may intergrade morphologically. Others have called this approach taxonomic inflation, diluting the species concept and making taxonomy unstable. Yet others defend this approach, considering "taxonomic inflation" pejorative and labelling the opposing view as "taxonomic conservatism"; claiming it is politically expedient to split species and recognise smaller populations at the species level, because this means they can more easily be included as endangered in the IUCN red list and can attract conservation legislation and funding. Unlike the biological species concept, a cladistic species does not rely on reproductive isolation – its criteria are independent of processes that are integral in other concepts. Therefore, it applies to asexual lineages. However, it does not always provide clear cut and intuitively satisfying boundaries between taxa, and may require multiple sources of evidence, such as more than one polymorphic locus, to give plausible results.

An evolutionary species, suggested by George Gaylord Simpson in 1951, is "an entity composed of organisms which maintains its identity from other such entities through time and over space, and which has its own independent evolutionary fate and historical tendencies".